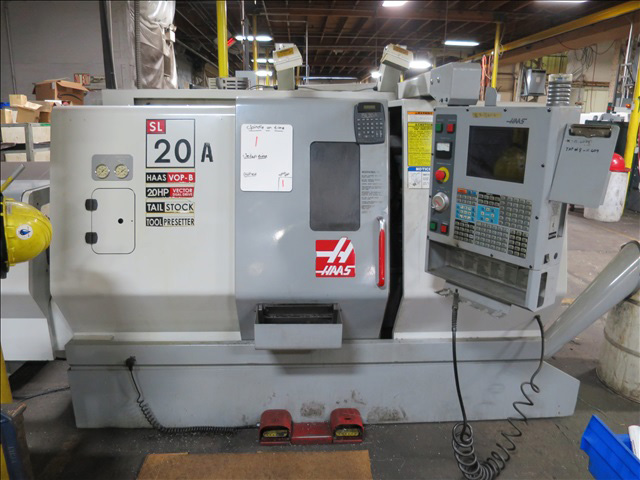 Senior Editor Larry Adams’ article in this issue on value-added operations at service centers brings up the question of when it’s worth it to invest in one’s own capacity to handle bigger or more specialized work, and also what are the vulnerabilities of investing in unusually large equipment.

The investment analysis is an issue unto itself, but a recent event tells us something about vulnerabilities. Really big capacities suggest a smaller number of potential customers, and a smaller customer base suggests bigger risks. A big West coast service center – Service Steel in Oregon, a 300,000 sq. ft. operation — just got caught on the horns of that dilemma. Around 125 of their machines and 5 million pounds of steel and other metals will go on the auction block starting on March 17th and 18th. Service Steel, a big supplier to shipbuilders and big-equipment handlers, will be no more.

Service Steel emphasized value-added operations, machining as well as cutting and fabricating, and they had recently invested in new and very large machines. At auction prices, the investment equation changes for a company that may want to extend their own operation.

This Haas SL 20T turning center, a medium-capacity machine, could be a good buy for a fab shop that wants to expand into machining.

If you need something big, there is a lot of temptation in the lineup of new machines Murphy will be auctioning (see link to Murphy’s auction at the end of this article). There are big flame, plasma, and laser cutters, with cutting capacities ranging up to 12 ft. x 70 ft., including Kinetic 4000 monsters; 25 overhead cranes; many medium-capacity fabricating machines; and new chip-making machine tools, oriented toward fabricating-related work. Some could be just the thing for extending a fab shop’s entry into machining operations.

As tempting as it may be for smaller fabricators to get a deal, however, the bulk of the buyers are coming from service centers, who are already geared to the investment to handle work their customers can’t handle. Murphy says they’re coming in from the East coast and the Midwest, and there may be some from Europe, so the interest runs high. For the fabricators who won’t be expanding into that kind of equipment, the prospect is for the trend to continue – service centers will be handling more value-added operations as you need them.

One service center owner we talked to made a point of the fact that he has to tread a fine line: provide service to his customers, without competing with his other customers. He sticks to big work that they can’t handle themselves.

But that line may be breaking down, as Larry Adams’ article explains. Other service centers are offering a wide variety of plate-cutting, drilling, and bending services that may overlap with what their customers do. Their job is to avoid competing, while offering their customers an expanded array of services. This has become the norm in many segments of metalworking manufacturing, in which jobbers of all types are evaluating whether it’s smarter to have a vendor handle some job they could do themselves. It’s dollars and cents, rather than keeping everything to oneself.

Still, that big machine would fit nicely on the other end of the shop… 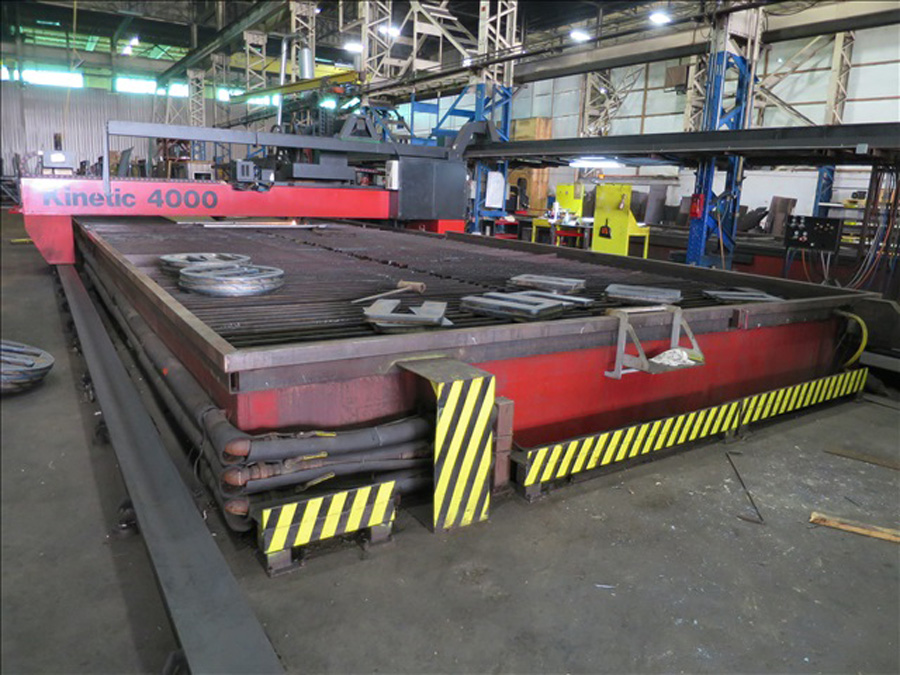 A Kinetic 4000 plate cutter, with huge capacity, is among the new machines that will be auctioned from Service Steel’s lineup.