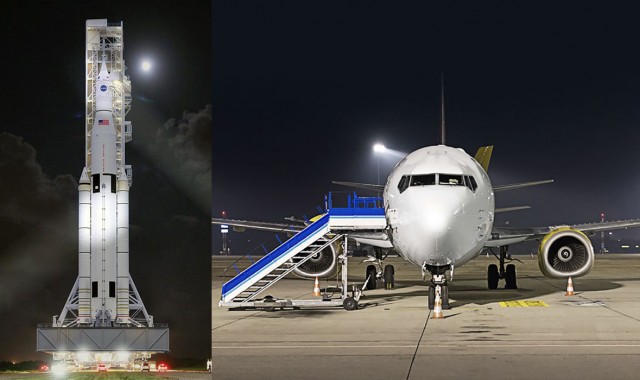 Whittled down from more than 200,000 applicants, 98 brave individuals are being considered to colonize Mars beginning in 2027. Part of the Mars One project, these men and women will truly – and boldly – go where no other human has gone before.

No matter how lofty the mission may seem, Mars One is just one of many indicators that the aerospace industry has nowhere to go but up. When NASA funding began to diminish and the shuttle was retired, many speculated whether a privatized version of space flight would be sufficient in man’s quest to reach the outer limits.

Fortunately, however, those concerns were short-lived. In line with a forecast published by Deloitte, the aerospace industry is far from grounded.

So whether individuals are gearing up for an intra-galactic flight or simply one that will take them from point A to point B here on Earth, U.S. fabricators and manufacturers are keeping busy. And they’re employing sophisticated welding techniques to get the job done.

In past years, a handful of residents in and around the North Olympic Peninsula in Washington have been rattled right out of their seats by a series of mysterious loud booms. In an article published by the Peninsula Daily News, Souriau PA&E’s Bonded Metals Division was named as the source behind some of those booms. Mount St. Helens has, of course, been a culprit, as have logging operations. But others still remain a mystery, “continuing the tradition of unexplained noise and shaking on the North Olympic Peninsula,” the article says.

Looming mysteries aside, Souriau PA&E, a manufacturer and supplier of ceramic and metal components and assemblies for the defense, space, medical and commercial industries, has been in business in the area for nearly half a century.

To produce parts for the major players in the defense and aerospace industry, Souriau PA&E relies on a process called “explosive welding” to bond dissimilar metals that can’t be welded through more conventional means. According to The Welding Institute of Cambridge, U.K., explosive welding, also known as explosion welding, differs from other traditional joining processes as it does not depend on the melting of two metals to be joined.

“In simple terms, an explosive weld is achieved by impelling the cladding plate against the substrate plate material using the considerable energy from an explosive discharge, resulting in a high energy rate impact,” relay the editors at The Welding Institute. “The high interfacial pressure at the point of contact (or collision front) between the cladding plate and the substrate plate must be greater than the yield strength of both materials to permit plastic deformation within the surface layers to occur. A jet of highly softened metal is formed at the collision front and is projected in front of it as it progresses rapidly across the weld interface. As the jet progresses, it thoroughly cleans the surfaces, thus permitting solid-phase bonding to occur between the two materials.”

Mostly likely, it was the process itself that inspired the article in the Peninsula Daily News. Harnessing the power of an explosive in such a way is impressive, and the editors there took note. And, despite the seemingly destructive nature of explosive welding, Souriau PA&E has perfected the process. With explosive welding, the company is consistently able to maintain the metallurgic properties of the materials being bonded.

“The explosion creates extreme heat and pressure between the metals very quickly,” explains Rick Kalkowski, marketing administrator at Souriau PA&E. “That heat and pressure creates a plasma jet that etches and fuses the base and clad metals together. The bond is so complete that the metals now share electrons on that bond line so there is no void, even at the atomic level. That’s why the process can join ferrous and nonferrous metals without any galvanic corrosion occurring between the base and clad metals. The bond is permanent and when we do testing, the weaker metal always gives way before the bond does.”

Joining dissimilar metals is necessary at Souriau PA&E, considering many of its clients have advanced materials needs. The company’s core business is primarily found in airborne defense-related applications, making products such as connectors and housings for electronics for missile systems, fighter aircraft and satellites. Kalkowski says that a good portion of their bonded metal division’s production falls in the manufacturing of hermetic DC and RF connectors for airborne defense-related applications.

According to the editors at The Welding Institute, the explosive welding process is well-suited for bonding dissimilar materials because the bonding occurs in the solid phase, making it possible to weld metals with different melting points. As indicated by Kalkowski, titanium and aluminum are perfect candidates for the process. Other common materials to be joined with steel and stainless steel include copper, bronze, monel, nickel alloys and zirconium.

To prepare dissimilar metals for explosive welding, Kalkowski explains that sheets are typically cleaned and smoothed out with a grinder before they are stacked. From there, the explosive is applied and the materials are transported to a remote blast site for detonation. The result is a bimetal material with an extremely strong bond that can then be fabricated into the desired part.

In addition to producing finished components in-house like aircraft tie-downs and other components for ships, Souriau PA&E also sells bimetal material for fabrication by its customers. Kalkowski sees growth for the company in the future.

“We are seeing an increase in business as many of the programs held back through things like sequestration are coming back on line,” he says. “Much of our aerospace production supports the electronic warfare marketplace.”

Like explosive welding, friction stir welding is a solid-state joining process that offers advantages over traditional arc welding. As the name implies, FSW leverages a spinning tool under massive pressure and torque that literally mixes or stirs two metals together.

For organizations like NASA that require nothing but the most stringent of tolerances – increased tensile strength, outstanding fatigue properties, improved corrosion resistance and minimal distortion and shrinkage – FSW is the welding process of choice.

Also like explosive welding, melting does not occur in FSW. Material joining takes place below the melting temperature of the material, creating a strong, high-quality weld with high productivity, and with little or no post-process cleanup.

Therefore, the process has been considered a prized candidate for the way aluminum structures are built, including aircraft and aerospace components. The low heat input and high strength of automated friction stir welds provide opportunities for manufacturers to redesign their structures with tolerances like the ones that are upheld at NASA and the like.

In fact, NASA’s new heavy-lift rocket, the Space Launch System (SLS) relies on the FSW process for the welding of the main core stage fuel tank structures. According to NASA, the SLS is the world’s most powerful rocket, and it will launch astronauts in the Orion spacecraft. The goal is to provide new opportunities for space exploration beyond Earth’s orbit.

The project is a joint venture between NASA and Boeing, and the manufacturing task, understandably, is no small feat. Therefore, small equipment just won’t do.

The Vertical Assembly Center (VAC), an FSW system being produced by ESAB, under contract with Boeing, will be the world’s largest spacecraft welding tool ever built. Standing at 170 ft. tall with a diameter of 78 ft. and weighing 3 million pounds, it’s a literal giant.

It will be responsible for welding the domes, rings, and barrel sections of the core stage of the SLS, which ESAB reports as being the most precise part of the rocket assembly. The core stage will store the cryogenic liquid hydrogen and liquid oxygen required by the rocket’s four engines.

“The construction of an assembly of this magnitude requires entirely new ways to fabricate, assemble and weld the main fuel tank structures,” says Marty Brennan, ESAB welding automation sales manager. “The VAC is capable of supporting the huge rocket fuel tank while circumferentially welding its sections together using the FSW process. A precision welding tool, its weld head and clamp positional accuracy and repeatability hold a weld tolerance of less than 0.015 in. This unique welding system revolutionizes how the massive launch vehicle is produced.”

The VAC was designed, engineered and built at the ESAB facility in Laxa, Sweden, supported by ESAB’s North American Automation Division. The vertical tower assembly was built in the United States using U.S. steel and component materials. The massive welding tool was unveiled at a ribbon-cutting ceremony held at NASA’s Michoud Assembly Facility in New Orleans in September 2014. Its installation is scheduled to be completed by late summer.

As for the SLS, its first mission is slated for 2018. Reports from NASA say that the SLS will launch the Orion spacecraft on missions to Mars and beyond. With destinations like Saturn and Jupiter on the horizon, the future of space travel is thrilling to consider.

For Souriau PA&E, which makes products like housings for electronics for missile systems, recent news from the Department of Defense was cause for celebration. According to an article published by Military & Aerospace Electronics, military electronics spending could see an uptick after two years of modest funding levels.

“The U.S. Department of Defense is asking Congress for $11 billion in fiscal 2016 for procurement and research in military communications, electronics, telecommunications and intelligence (CET&I) technologies,” the article relays.
“The Pentagon’s 2016 CET&I request is up 13.4 percent from the $9.7 billion that Congress allocated for these accounts for this year. The $11 billion request for communications, electronics, telecommunications and intelligence equipment and research is the highest in at least two years. These accounts contained $15.1 billion as recently as fiscal 2012.”

“While the rate of growth for the overall industry has been slowing over the last two years as a result of declines in defense sector spending, the commercial aerospace sector is likely to enjoy close to an 8 percent growth rate,” Captain says. This is according to the Deloitte Touche Tohmatsu Ltd. (Deloitte Global) Manufacturing Industry group 2015 Global aerospace and defense industry outlook.

Regarding the commercial space market, the FAA reports that the Department of Transportation/Federal Aviation Administration has licensed more than 230 U.S. commercial space launches since 1989. More than 30 experimental permit launches have been granted since 2006.

The report continued to explain that there were 12 orbital FAA-licensed launches in 2014, an increase from seven in 2013. “In addition, there were seven suborbital flights during 2014 conducted under experimental permits,” the FAA says. “Launch providers such as SpaceX plan an increased number of licensed orbital launches in 2015.”

As for Mars One and its 98 remaining candidates, Lockheed Martin and Surrey Satellite Technology were contracted for the initial study phase in 2013, but further progress is yet to be seen.

Whether Mars One does it on its own or with the help of NASA, as NASA’s chief administrator Charles Bolden sees it, the aerospace industry will be an exciting market to participate in during the upcoming years. And that bodes well for manufacturers and fabricators in that space – pun nonchalantly intended. 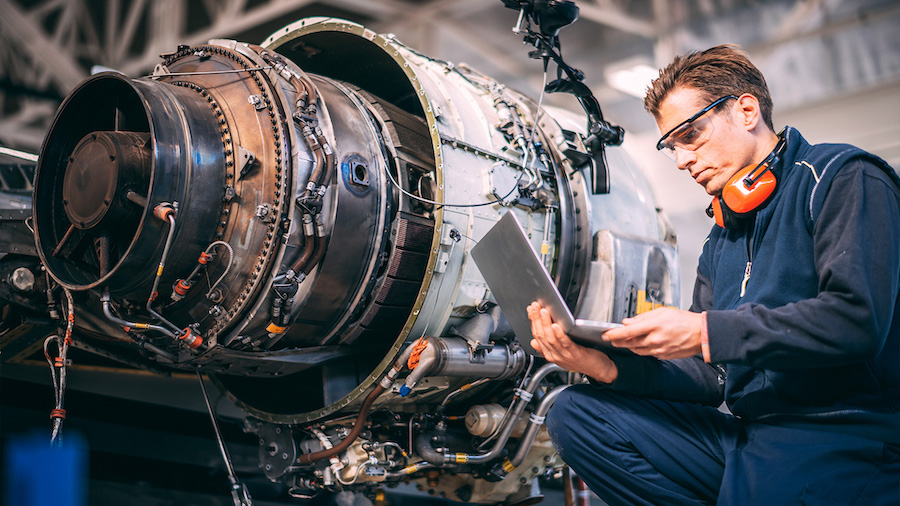 Aerospace
On the defense
An aerospace and defense supplier implements an ERP solution and gains efficiencies
May 09, 2022