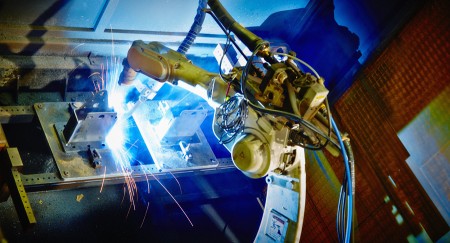 The United States installed 1,361 megawatts of solar photovoltaic (PV) capacity in the third quarter of 2015, according to GTM Research and the Solar Energy Industries Association’s U.S. Solar Market Insight Report. This marked the eighth consecutive quarter in which the nation installed more than a gigawatt of PV capacity. And GTM Research expects the numbers for the fourth quarter of 2015 to show the largest number of solar installations in U.S. history. Looking further out, cumulative PV installations will nearly double between now and the end of 2016, bringing the nationwide total to 41 gigawatts, according to GTM Research.

Quality Industries implemented a $12.5 million company-wide capital program in 2015 to invest in the latest manufacturing equipment and technology to better serve customers and improve overall quality and efficiency. The investments were made at QI headquarters in La Vergne, Tenn., and at its second facility in Denton, Texas. Part of the $12.5 million investment included a new robotic welding cell, thanks to robotic welding’s ability to increase production rates.

“Typically, with a robot, you see a three-to-one payback,” says David Schaefer, product specialist for Miller Welding Automation (MWA), which sold QI the robotic cell. “It’s an industry rule of thumb that one robot and one operator can do what three manual welders can do. So, higher capacity and faster production is the first benefit of robotic welding.”

The second benefit is quality.

“If you have three different welders,” Schaefer says, “each one is going to weld a little bit differently and get a different level of quality. The robot always goes back to the exact same spot and does the exact same weld each time so you get the quality due to the consistency.”

The new cell QI invested in is a MWA PerformArc 1100 HW dual-arm robotic welding cell. QI is currently using the cell to handle high-volume runs (280,000 pieces per year) for a bracket that holds up solar panels in the field. The brackets, produced for a solar equipment manufacturer, have large weldments – about 34 in. of weld.

“The cell features two robotic arms with two stations with positioners,” says Clayton Capstick, territory Manager for nexAir LLC, an industrial consumables distributor that supplies QI with all of its gases and other welding supplies and equipment. “With two stations, the operator can be loading one side while the two robots are actually welding on the second station, which means it can handle an increase in capacity.”

Before the new dual-arm robotic cell, QI ran the brackets on a single-arm PerformArc robotic cell.

“Their volumes were increasing and they came to us and asked how they could get more parts out the door faster with they had,” Capstick says. “nexAir suggested they switch from the solid-cored mild steel wire we had them on. The solid wire was getting the job done, but not in a way that was fast enough. So we switched them to a Hobart FabCor Edge MC 0.052-in. metal-cored wire that allowed them to achieve a faster travel speed, higher deposition rate and better penetration. It allowed them to get to where they could increase their production with the single-arm robotic cell. That switch allowed them to cut 2 min. per part off their cycle times.”

The metal wire is an improvement because when the penetration happens and the arc starts, it wets out and the metal powder on the inside allows better deposition and penetration and the travel speed to increase through the weldment. Capstick cites a productivity study he conducted for QI that shows a 36 percent cycle-time reduction. Welding two parts with the solid-cored wire took 5 min. and 40 sec. With the metal-cored wire, those two parts took 3 min. and 47 sec., saving 1 min. and 93 sec. off the cycle time.

Schaefer noted nexAir’s help with taking the metal-cored wire that QI wasn’t used to and getting it dialed in. “nexAir played a large role in getting them to where the parameters are with their new wire.” He adds that since then, however, QI has gotten very familiar with it.

It takes a team

QI’s production needs increased substantially more and that is what spurred the purchase of the dual-arm PerformArc robotic cell, which is also run with the metal-cored wire.

“QI is very good at what they do and that is why the partnership with their solar customer continues to grow, because they have the right equipment to do the job,” Capstick says. “They recognize the new technology on the market that allows for ease of use.”

“We have done some things to help them with capacity and speed up their welds on previous systems,” Capstick says. “I’m a facilitator; I look into the problem and find the best way to solve it. In this case, when QI approached us about needing additional robots, I brought in Miller. And QI operators are very familiar with the MWA pendants and their technicians on site are very good at manipulating the robot and setting up those programs.”

Often, nexAir and MWA partner on opportunities in the area. MWA is part of a team, as well.

“We’ve developed our second-generation digital interface with the Miller Auto Axis welder and the Panasonic robots,” Schaefer says. “Controlling the welder comes through the teach pendant. In the past, the operator had to do some setups but now all adjustments can be made through the robots.”

Although higher production is always a focus, QI is also known for its product design and engineering. In fact, the company recently won a Precision Metalforming Association 2015 Award of Excellence in Metalforming.

QI won the Higgins-Caditz Design Award, which recognizes designing and engineering excellence and is presented for a creative and effective product design. As a winner, QI showed originality and effectiveness of design as well as demonstrated appreciable cost savings and other benefits.