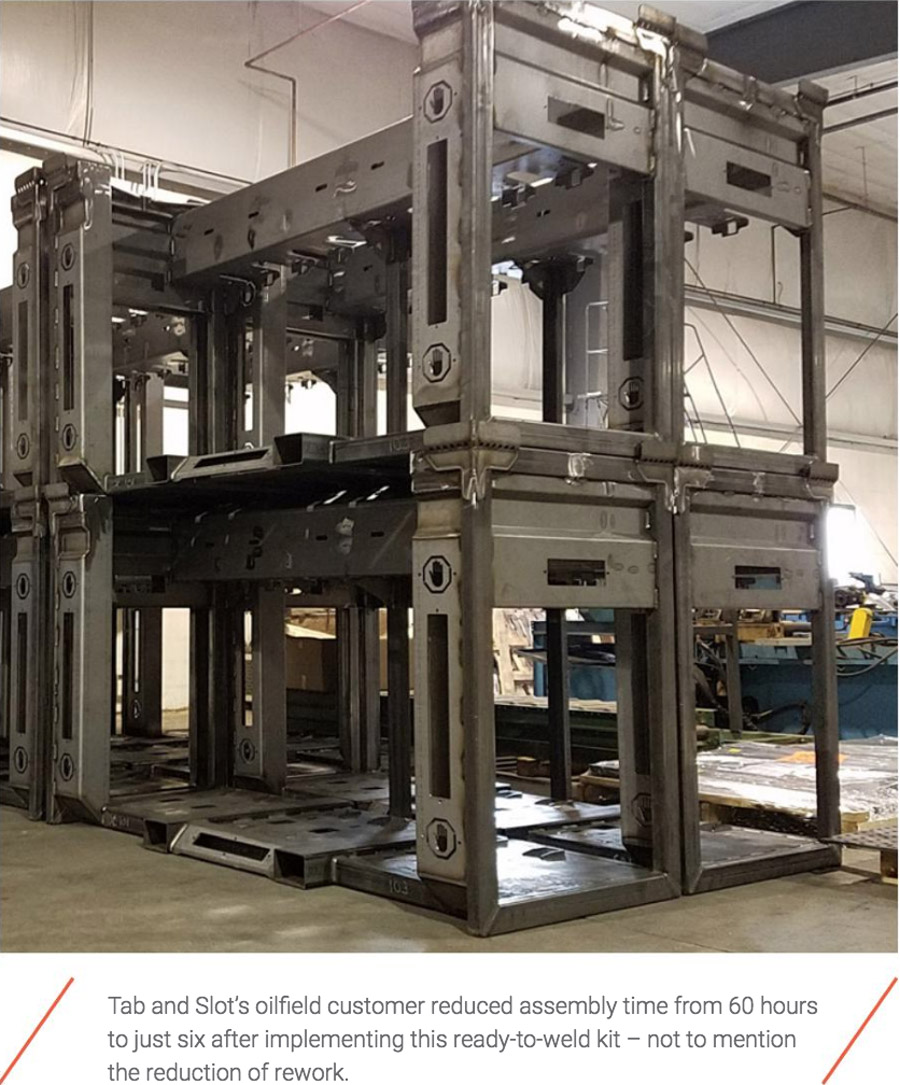 Unless a company produces tens of thousands of bicycles, shelving units or exercise machines each year, they might find it tough to justify a dedicated tube laser cutter. They’re expensive and do just one thing: chop up long pieces of tubing into smaller ones. They’re admittedly quite good at it, but for the typical job shop, a more flexible solution is needed. That’s where Amada’s rotary index combo systems come into play.

Dustin Diehl, laser division product manager at Amada America Inc., says the ENSIS 3015 RI fiber laser and its predecessor, the FOM2 RI 3015 NT CO2 laser are switch-hitting solutions that perform equally well cutting flat sheet as they do tube and pipe. Both offer automation, reduce setup time and cut round, square, rectangle, C-channel and angle iron quickly and efficiently, without the need for fixtures or collets.

That’s been the experience at Tab and Slot LLC. Five years ago, Dave Iago, president, opened a laser job shop in his hometown of Isanti, Minn., intending to provide cutting services to other shops.

“Most laser houses don’t want to talk to you unless you’re looking to run thousands of pieces,” he says. “I wanted to be the laser house that, if somebody wants even a single part cut, we’d help them out.”

Apparently, his business model worked. Tab and Slot now has 21 employees, and Iago says it ranks among the top 10 of Inc. magazine’s 5,000 fastest growing businesses in America, within the manufacturing sector. Ironically, this success isn’t due to contract laser cutting, but is based largely on a product that Iago designed more than 15 years ago, a welding table made with tab and slot construction.

“Shortly after I opened my laser shop, we decided to put the welding tables online, to see if there was any retail interest,” he says. “The response was overwhelming. Today, they’re used by everyone from NASA to Orange County Choppers, Gas Monkey Garage, the Soo Line Railroad and pretty much every other company under the sun.”

To make the tables, Tab and Slot’s first laser cutter was an Amada Quattro equipped with a tube chuck for rotary work. But after running the machine 24/7 and still having to outsource nearly $60,000 a month in laser work, Iago decided it was time for an upgrade. He contacted Amada and soon took delivery of an FOM2 RI 3015 rotary index laser cutter, a machine similar in design to a rotary table-equipped Quattro but with substantially greater capabilities.

“At 4 kW, the FOM2 has twice the power, which makes it easy to cut wall thicknesses of 5/8 in. or greater in aluminum, stainless and mild steel,” Iago says. “Where the Quattro is limited to a 4-ft. part, the FO accepts raw material up to 40 ft. long and 9 in. across and cuts parts 17 ft. in length, all automatically.”

And the accuracy is excellent, he adds. “We routinely hold ±0.002 in. on various part features – it’s not uncommon for us to have a 10-ft. finished part with 47 different high-precision slots, each fitting into 47 tabs on a mating part without any problems. It’s been a great machine.” 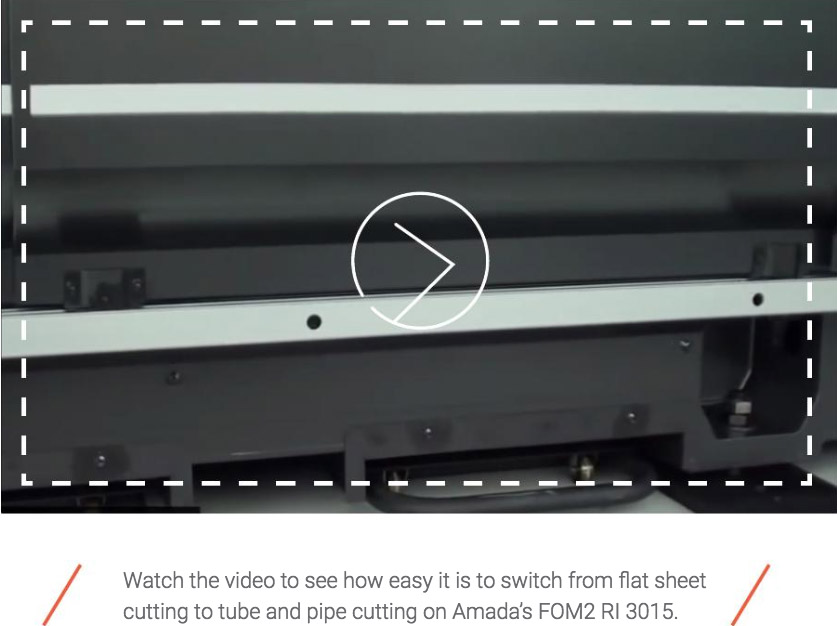 AST Waterjet, Grand Prairie, Texas, is another happy FOM2 user. Owner Tony Woodall bought the business in 2006. Three years later, he replaced the shop’s original waterjet tables in favor of one with five axes so as to “differentiate himself from the competition.” Always on the lookout for better ways of doing things, however, he’s since discovered that laser offers several advantages over waterjet for tube cutting.

“We’ve made a lot of parts on our waterjets for the oil and gas industry, cutting what we call barrels, but several years ago we decided to invest in an FOM2 tube cutter from Amada,” he says. “You can’t control depths on a waterjet, so if you’re cutting tubing, you need expensive fixturing to avoid slicing through the opposite side of the tube. You don’t have that problem with a laser cutter.”’

Laser is also much faster than waterjet on thin materials, although as with Tab and Slot, AST Waterjet has no problem cutting tubing with up to 1-in. wall thickness. Woodall says having an automatic rotary indexer adds other efficiencies, as well. Setups are easier, and he can switch between square, L-channel, round or rectangular tube with little effort, making the FOM2 a flexible addition to this job shop.

Woodall’s since added an Amada press brake and Amada flat sheet fiber laser cutter to his equipment list – where he once cut brass shim stock and thin-gauge copper and aluminum on the shop’s CNC router, he now uses the fiber laser exclusively. Says Woodall, “It just flies.”

He and his employees find the programming and operation of each Amada machine to be quite similar with a familiar look and feel to the control that simplifies life for everyone at AST Waterjet. Finally, says Woodall, laser operation is often far more cost effective than waterjet, especially with the fiber laser. He laughs, “I guess we’re turning into an Amada shop.”

“That was a huge factor for us,” he says. “We’ve always had a great relationship with Amada, so when we talked about getting into tube cutting to expand our fabrication capabilities, they were a logical choice. The FOM2 combo machine is roughly half the price of a dedicated tube cutter, and if we get into an overload situation on one of our other laser cutters, we can also use it for flat sheet.” 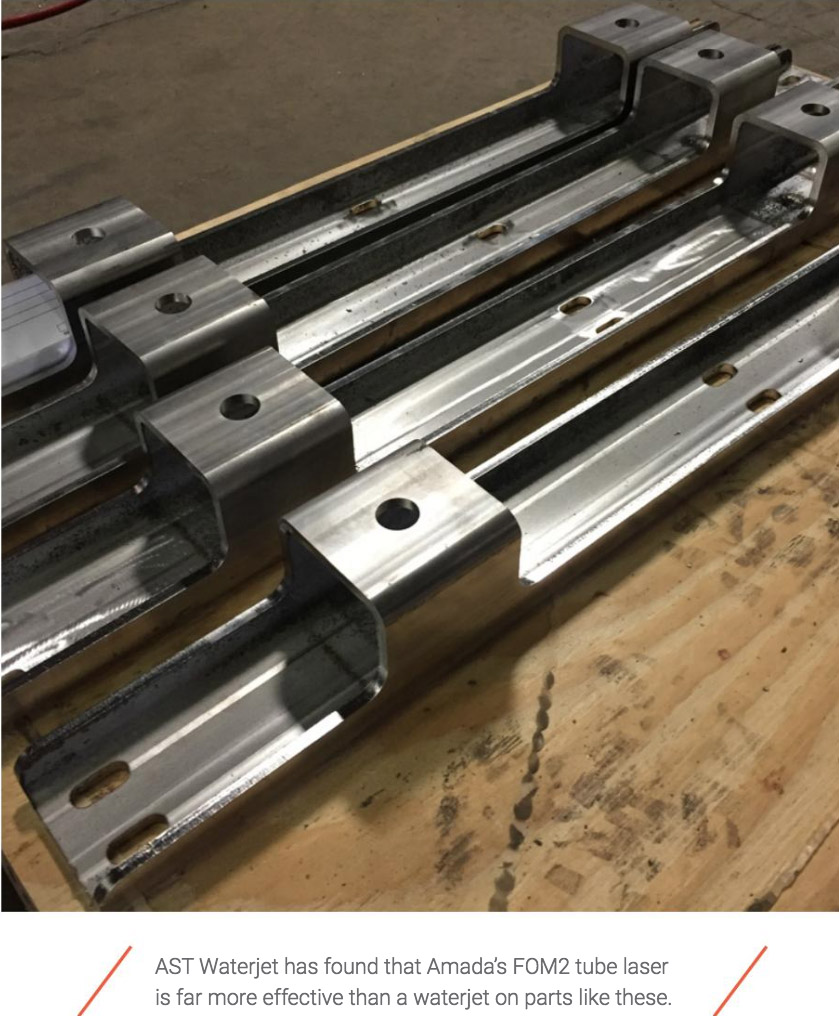 Tilkens says the FOM2 isn’t used as much for external work as it is for welding and assembly aids on the fabrication floor – cutting tabs and slots for gusset locations in tubing, and “anything you can do to help put things together more quickly.”

Before the FOM2, for example, putting a series of holes in a tubular workpiece meant sawing it to length and loading it onto one of Robinson’s CNC machining centers for drilling. If the tube was longer than the machine travels, the part would have to be repositioned, often several times. The Amada makes it possible to machine a complete part in one operation with better part quality and reduced setup times.

Robinson is clearly pleased with the purchase, but it didn’t come without a learning curve. Tube processing is a different animal than sheet metal work, notes Tilkens, and those venturing into this arena need a good handle on nesting, programming and even the material itself.

“You can pick up a square tube and think it measures 2 in. by 2 in. with a 1/8-in. wall, but you can easily see variations up to 0.030 in. from these values,” he says. “And the stick of material that you thought was 20 ft. long actually measures 6 in. more than that. You need to be aware of things like this so you can adjust the program to compensate, otherwise you’ll have problems. You also need good software, and a machine you can count on. Amada gives us both.” 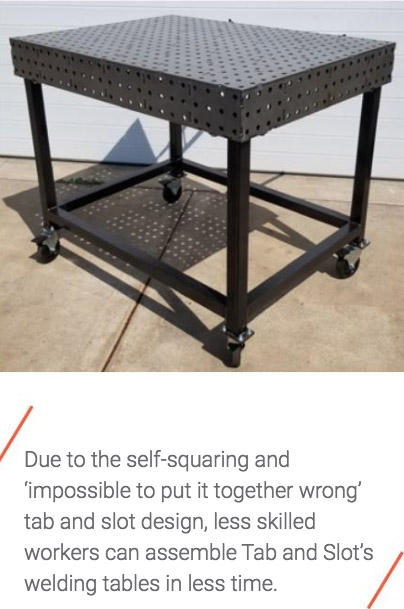 Last but not least on this list of FOM2 RI 3015 rotary index laser cutter users is Craftmasters Laser and Fabrication LLC, a powder coater turned sheet metal fabricator in Waco, Texas. In 2014, the company began investing heavily in Amada press brakes and laser cutters with another press brake being delivered in fall 2018. As a result, Craftmasters is “up to its eyeballs in work,” according to Steve Cheek, president.

“It’s a good problem to have,” he says. “Like everyone else these days, we’re busy. I’d say we cut tubing around 40 percent of the time with sheet and plate work consuming the rest of the available hours.” 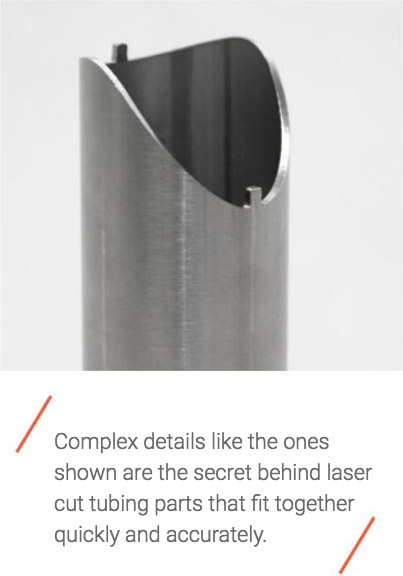 As with the other shops, Cheek says he wanted to get into the tube cutting market but was unwilling to spend the extra capital for a dedicated machine. The option of using the FOM2 for other purposes made the leap into unsure waters much easier to take. Like with the other companies, his operators have found the machine easy to use with a user-friendly control and software similar to the shop’s other Amada equipment. And like the others, Cheek’s decision to purchase a combo machine was sound.

“The FOM2 not only opens doors to new customers and work that we’d otherwise have to walk away from, but it makes us more competitive overall,” he says. “For instance, we’re working on a large, complicated assembly right now that has rectangular tubing on the lower part and formed sheet metal up above. Everything is notched to fit together with holes and slots all over the place. I don’t think we would have been competitive on this job and others without the Amada.” 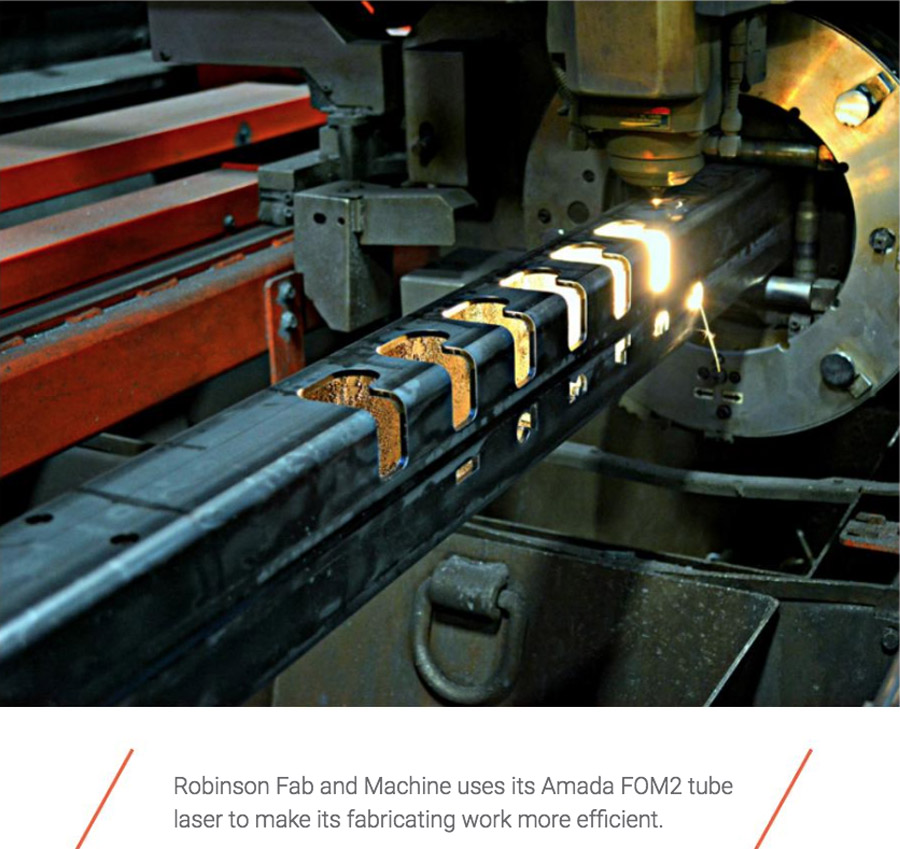