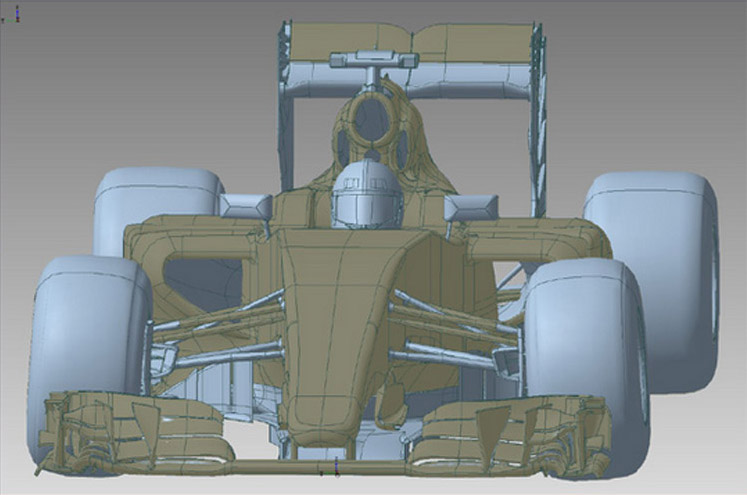 The advancement of technology is happening at lightning speed. This is a problem. Many global business leaders say the rapid rate of digitalization and technological innovation is among their biggest challenges. Responding to change can be difficult, but for the team at Elysium, being the buffer between evolving and existing software systems is their specialty.

For manufacturers using CAD in an increasingly automated and digitized world, interoperability around CAD data can be a major pain point. The seamless exchange and interoperability between design and manufacturing and between customer and suppliers in different divisions is not always a smooth process, thanks to software and hardware compatibility issues.

Elysium, the developer of a multi-CAD data exchange platform that allows users to translate, heal, simplify, validate and share CAD models, has solutions for CATIA, NX, SolidWorks and many other CAD software products. Annalise Suzuki, director of technology and engagement at Elysium, says the goal is to remove the complications associated with CAD data quality, sharing and migration. 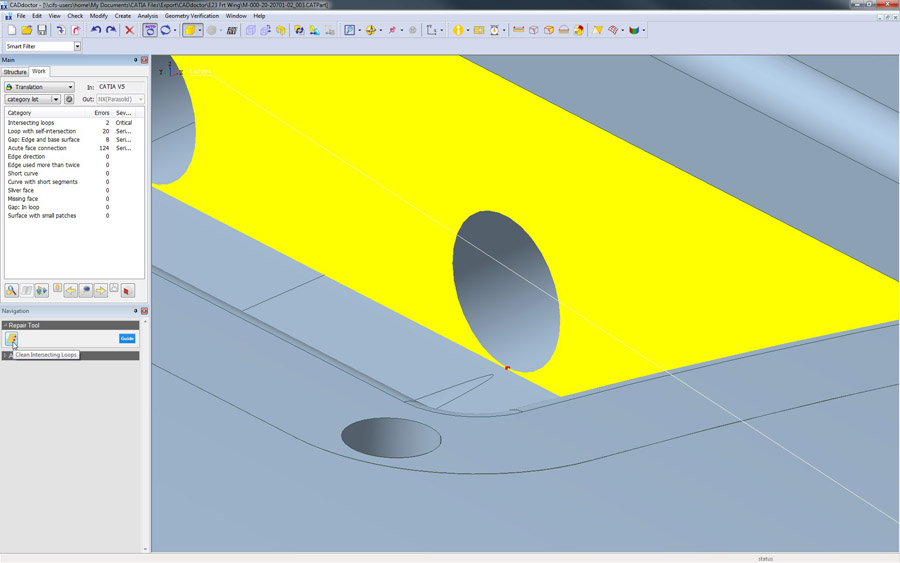 After running the Auto Heal process in Elysium’s CADdoctor, the menu at left shows that most of errors have been resolved automatically in a matter of minutes.

“We need to be cognizant of the mathematical rules and topological rules and the tolerance differences when customers migrate data through our software,” she says. “Having something reliable that works and that’s all done in the background is what’s important, and that’s where we try to excel.”

Suzuki says the background of the company is heavily weighted in product development and mathematical expertise, which is why Elysium really concentrates on CAD, the 3-D data and what’s really at the core of each system.

“It gets very technical,” she adds.

Suzuki says that as organizations seek to increase levels of automation on the shop floor, data-driven processes and machine-readable information are essential. However, the data must remain accurate and intact as it goes between processes.

“It seems a lot of manufacturers have not yet realized that interoperability will become a significant factor in the industry as they increase automation and digitalization,” Suzuki says. “I think it’s important to build awareness in this area.”

Elysium provides software that fixes these interoperability processes. They recognize multiple CAD software solutions, looking at one modeling approach versus another versus neutral standards, such as STEP. As a neutral file format, STEP allows the transfer of files between different CAD software. They work to understand how files go together or exchange between one another while recognizing specific pathways. Manufacturers and fabricators, Suzuki says, don’t want to be burdened with fully managing such translations in their daily operations. 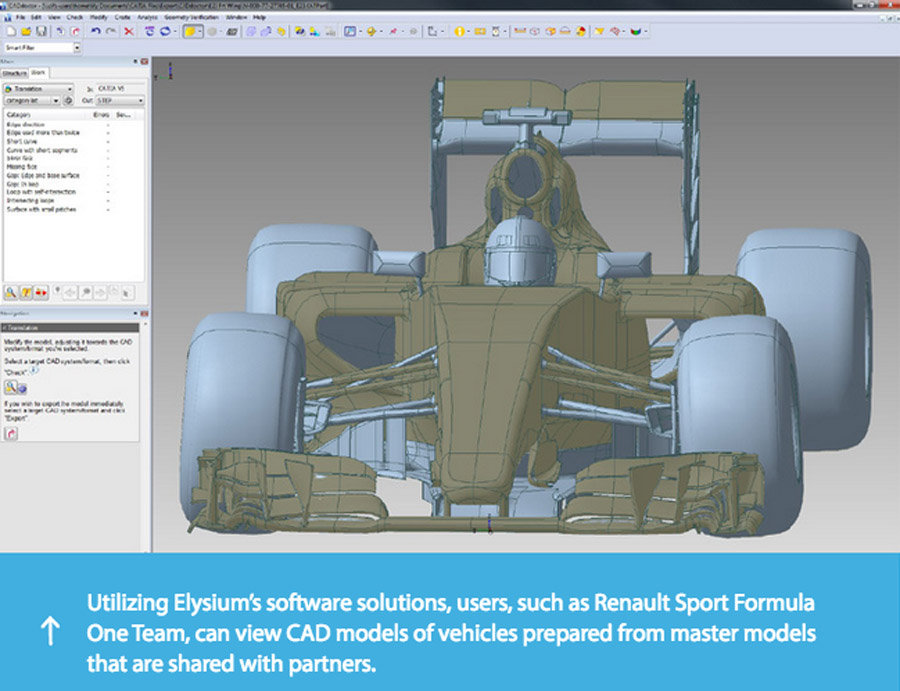 Many factors can impact data quality, including not only the version of the software, but also the hardware. Over time, a product with a 50-year-plus lifecycle most likely won’t be digitally the same in a new hardware environment because the version of hardware and software and everything that was used to interpret it when it was created is probably not going to be available if it needs maintenance 50 years later.

“There are a lot of companies still figuring out how to manage data migration to new and future design platforms that are not sure how to address it,” she says.

The aerospace industry is one sector where a 50-year lifecycle is important. With FAA certification and liability issues to consider, if something goes wrong or has to be replaced, manufacturers need to be able to look back at decades-old designs for reference.

“If you have a Word document from the 1990s,” Suzuki offers as a simplified example, “and then 30 years later you need to open it, is it going to look and configure the same?” 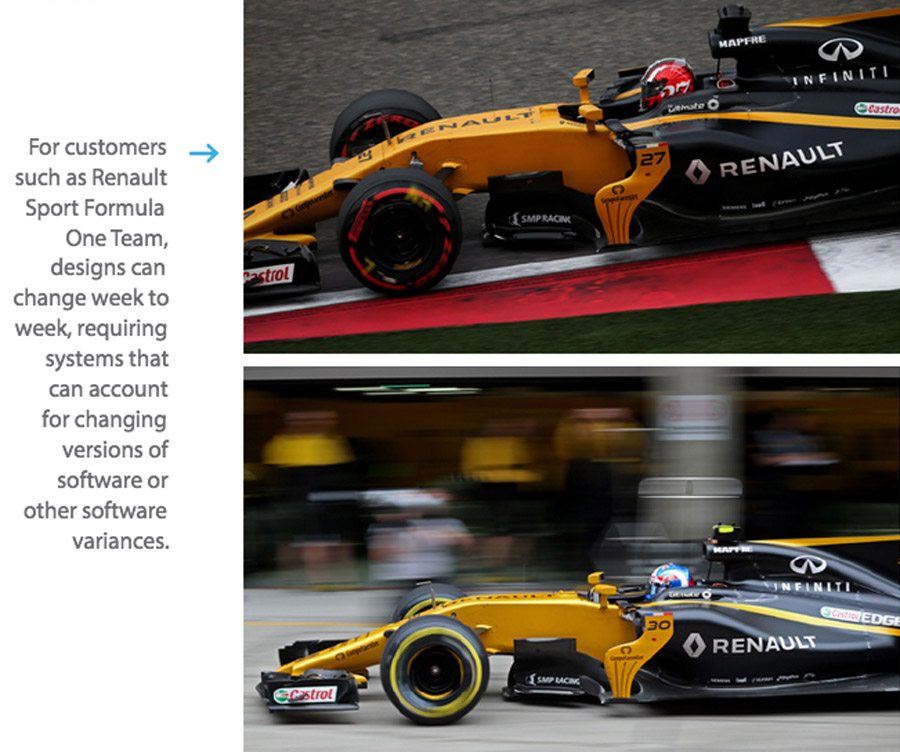 That’s where Elysium steps in. Suzuki recommends two important processes to gain control. One is looking at product data quality, or PDQ. This involves using Elysium solutions to check upstream to make sure CAD designs are passing a level of quality that’s specifically anticipating the downstream process. This ensures that designs are starting off in high quality and reduces various risks as they are passed off into other formats or other needs for customers.

The second process to gain control is validation of the CAD model.

“If you can compare two models, agree on the final representation and archive a master model, then you can successfully update and interpret that data for as many years as you need it,” Suzuki explains. “Having a validation of that archived master is pretty important. When you pull it up again, you know that the original fidelity is there.”

Suzuki says, for example, that if a manufacturer is designing a car door and they use a specific color scheme assigned to certain processes, different hardware or different versions of the software might misinterpret the color and assign the wrong process. This happened with one of Elysium’s clients; they assigned green for a specific process, but the graphics card in a different machine read the color as yellow.

“That caused the wrong process to happen,” Suzuki says, “and it can affect cost and, of course, time to market.”

Elysium has worked with the Renault Sport Formula One Team in England dating back to 2002. Formula One (F1) racecar designs are a great example of technology that can change week to week, and so the team needs a system in place that accounts for different versions of software. Interoperability is crucial. In short, Elysium’s solutions allow the team engineers to translate, repair and ensure the quality of their product for CAE, 3-D CAD/CAM models.

In the F1 world, compressed development cycles are the norm. Engineers count on fast and reliable methods of converting their data between CAD and CAE formats. When they move data from one system to another, flaws in the geometry of the design and other imperfections can be a huge problem for the engineers behind the racecar. To fix such issues, engineers can spend hours, even days remodeling a file.

Elysium’s role is to provide solutions that translate data with maximum efficiency and quality for the team. The company works closely with the F1 team to ensure they’re using the Elysium tools to their greatest advantage and to help with new challenges, which are always around the corner.

Renault Sport Formula One Team had decided just prior to bringing Elysium on board to switch from a previous CAD package to CATIA, which they knew would involve translating many CAD files, including legacy data. One of the first projects was translating the data for a complete gearbox. A few hours after they brought Elysium into the picture, the problems were solved.

“They have to get through the processes in a really short time,” Suzuki explains. “It’s magnitudes different than a typical automotive release. For them to just build and meet for the next race, they have to shorten everything, including their design and their optimization, their analysis and then production.” 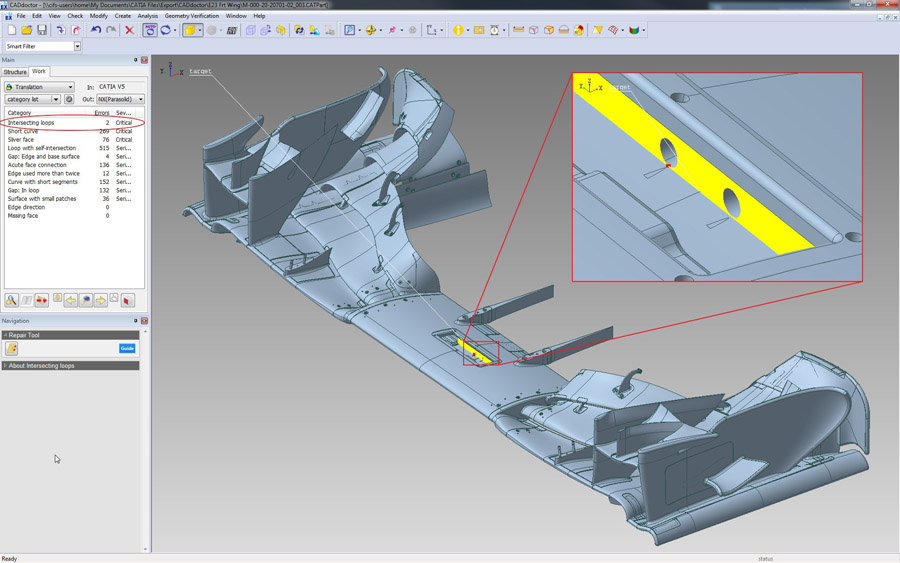 As another example, Elysium worked with an automotive company that was about to step up its clientele quite significantly, but to do so, the company had to deliver in a different format than what they design in. Because the company didn’t have the time or resources to train enough engineers in a new system, it realized that using Elysium’s translation solution was more effective and efficient in reaching established goals.

Suzuki notes that it is in situations like these that cause manufacturers to produce incorrect parts because they didn’t validate how the change in systems would affect production. It’s also a sign to the people in charge that a change in their approach is required. 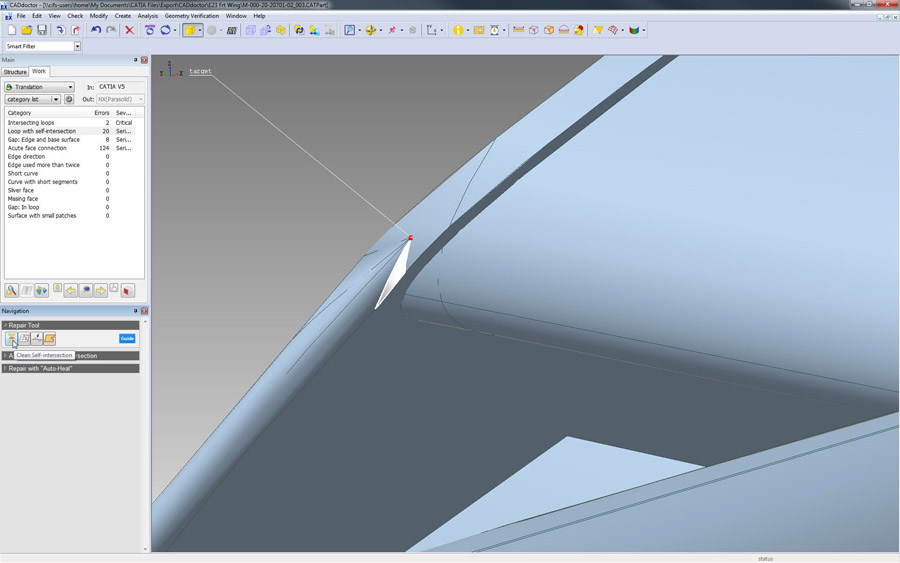 Detail from a racecar front wing assembly analysis shows a common category of error, often encountered when features such as fillet radii feather out to a tangent condition, leaving the boundary poorly defined. Here, a simple “clean” tool can tidy up the boundary.

“Sometimes they are not aware of what can be prevented until they realize how bad the situation actually is,” she says. “Companies are not always motivated to explore early solutions. It takes the right person who has control and the authority and who realizes what’s subtly going on within complex modeling environments. It’s not always that apparent for every organization.”

Suzuki’s recommendation is to recognize that there is always room for improvement. Formats need to be understood and the time spent rectifying designs in different formats requires careful tracking. For example, if surfaces are breaking or data is getting lost, if geometries are opening up – what are engineers doing to fix it and how much time are they spending manually recreating it in their own system? 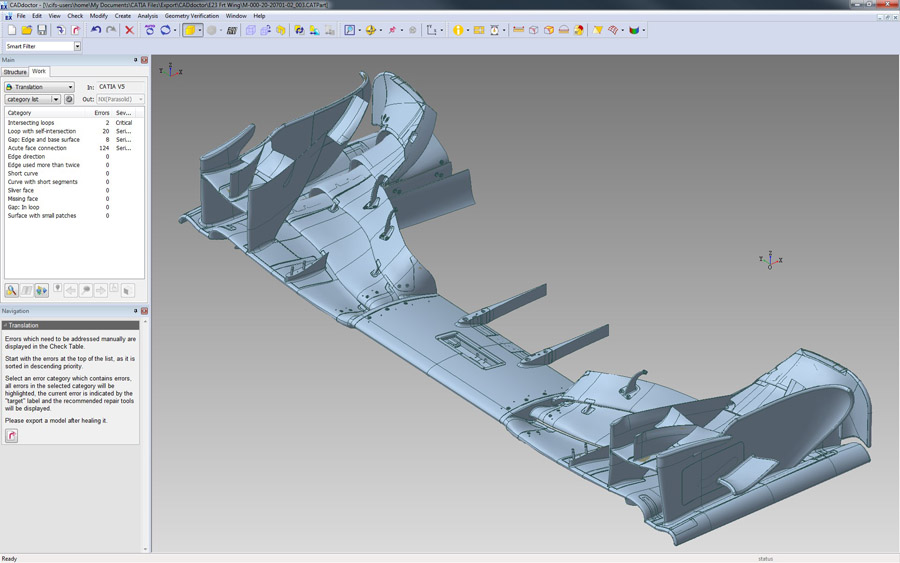 Racecar front wing assembly in CADdoctor shows the wing geometry after all but one category of error has been resolved.

“Some companies are trying three different methods to translate,” Suzuki explains. “It’s not always visible what they’re actually doing to get their data where it has to be, accuracy-wise.”

Validating engineering changes is where return on investment is most starkly noticeable, Suzuki says. If Elysium’s solutions can provide the automation that prevents the customer from having to dedicate a person to interpret drawings and documenting everything in writing, there are “very drastic time savings.”

“You can shrink weeks to hours or hours to minutes,” Suzuki says, “depending on the type of data you’re dealing with.”