When I first started my custom car business in the early 70s I worked alone. Soon however, I started getting requests from the Hollywood studios to produce cars for the movies. I quickly learned that I couldn’t work alone and needed some skilled help, fast.

This is where the problem started, I couldn’t find people that could weld, do bodywork or make roll cages along with having the associated mechanical ability to make old cars run like new again. I also needed talented people to paint the cars and add any graphics corresponding to a director’s latest whims.

The main problem was getting help that had the required tools. Many of the qualified employees also came with their own attitude that made each assignment an argument over who worked for whom, how the job would be done, and when it would be done.

The downside was that I had to spend most of my time training them for the tasks. Also their first jobs required a lot of guidance and a bit of cleanup work, but this was better than hiring workers with an attitude. Eventually some of these guys also got a bit of an attitude and moved on to a new, better paying job at other shops, now that they acquired some experience.

It didn’t take long to realize that I was doing nothing but teaching the same skill to an endless stream of new employees. The replacement cycle rate was averaging a new set of employees every six months, which was about how long it took to teach them everything that I needed them to know to become an asset to me. With about 20 to 30 employees on my payroll, this put me in the category of full time teacher, not an employer – or so it felt.

Having a background in film production, I came up with an idea to shoot a training tape for all new employees on most of the subjects that we needed to cover for jobs at my facility. This was back in 1970, so it wasn’t an easy or inexpensive task.

The required camera and editing gear itself for the shoot was costly as well as heavy and cumbersome, and the task of shooting the videos required a lot of training as well as complicated setups and lighting.

But after some quick calculations of what kind of time I was spending on training each employee, I found that I could buy all the required equipment and make a how-to video for less money. The video was edited to cover all the vital points of a job, including the needed tools and safety requirements.

By writing the script and covering each point that I wanted, I wouldn’t forget anything that was important, like I often did when I verbally trained a person. This would cover my liability by allowing me to point to the tape and say, “That was in the tape!”

I took a class at UCLA on video production that took three weeks and taught me a lot. One of the most important lessons was to make the training tape no longer than 20 minutes. This is a mistake made by many producers of how-to videos because they think that longer is better. When, in fact, longer is just longer, and viewers are less likely to watch the entire video.

Most video productions show how a person should do an entire job, including the worker walking over to his tool box and getting a needed tool. Let’s assume that the viewer knows that the required tool comes from the tool box, it’s that simple cut alone that will eliminate 10 seconds from the scene and make it more interesting to watch. Now eliminate all the other shots that are not vital to the content of the shot, and you could save 30 minutes or more on a one-hour training tape. I often shot 10 to 12 hours of tape to come up with 20 minutes of usable footage.

I also added some humor, but not a lot. This breaks up the monotony of what could be an otherwise boring video. I like to put the funny stuff in the safety requirements section to lighten it up. Also, when making the training video, I would put all the tools that I thought I needed in the beginning of the tape. Later I found that I had to re-shoot that part again as I remembered other tools that I needed. I shot the completed training tape, and then shot the tools that I had used in the tape after most of the video was completed. Then I would edit it to the front of the new training tape showing what was needed to complete the job.

I also realized that you should never let the on-screen actor talk on camera unless he’s skilled. Always record the narration first, and then shoot the video to the completed and edited narration. This makes it a lot easier than trying to get the talent to concentrate on talking and performing his task on camera. This was one of the most important tips that I had learned. If this isn’t followed, you’ll have a large blooper reel and not much usable dialog. The dialog being recorded separately allows you to concentrate totally on the words and sound levels as well as pauses. Keep in mind you can listen to a radio without video, but watching a TV without sound gets old real quick.

One problem I ran into as I started shooting my videos in the 70s was that I was too early for this type of training, and few people had or could afford a BETA or VHS player to view the new tapes. I bought a VHS machine and put it in my office so that my new employees could sit down and watch whatever tape they wanted, and learn a skill that I didn’t have time to spend teaching them.

Within a few months I made tapes on most of the subjects that I was teaching people, such as basic automotive bodywork, lead work, pin striping, painting, welding and even one on how to chop a car’s top. I was now making tapes on new subjects, instead of teaching the same subject over and over, and this was fun, teaching employees wasn’t.

Word got out, about what I was doing, and I started getting requests for some of the subjects that I had videos on, and I started selling these tapes through automotive magazines and later on our website. I found that there was a market for good quality training videos or DVDs if produced correctly, (many are not very professional and most are boring). But they can still teach a skill without having to spend personal time with each and every employee. It will also help cover your liability.

Now when an employee tries to say you never said “this” or “that,” you can simply pull out a paper that he signed, stating that he watched the entire training video. If he’s right, and it’s not in the video, then you can add it in with a quick edit. But if it‘s in the video, then he has to admit that he was properly trained but didn’t follow the instructions.

It’s through this process that the final training tape can be edited to perfection, at which point you can confidently put it on the market and start getting more return on your investment along with knowing you have a great product.

I have been selling my videos for about 25 years and never had a return on any of them. They have taught a lot of people skills that aren’t taught in schools today. Making these training DVDs has freed me up to do other things like making more training DVDs.

Editor’s note: The price for cameras and software to produce your own training tapes has dropped immensely. You can get a high definition camera (either video or still, as many still cameras now have high definition video capabilities) that will easily handle your training needs for less than $300. Simple editing software is about $100 or less. For a small investment, you can make training tapes designed around your processes that can really help your company’s productivity. Here’s a link for video editing software: http://video-editing-software-review.toptenreviews.com/ 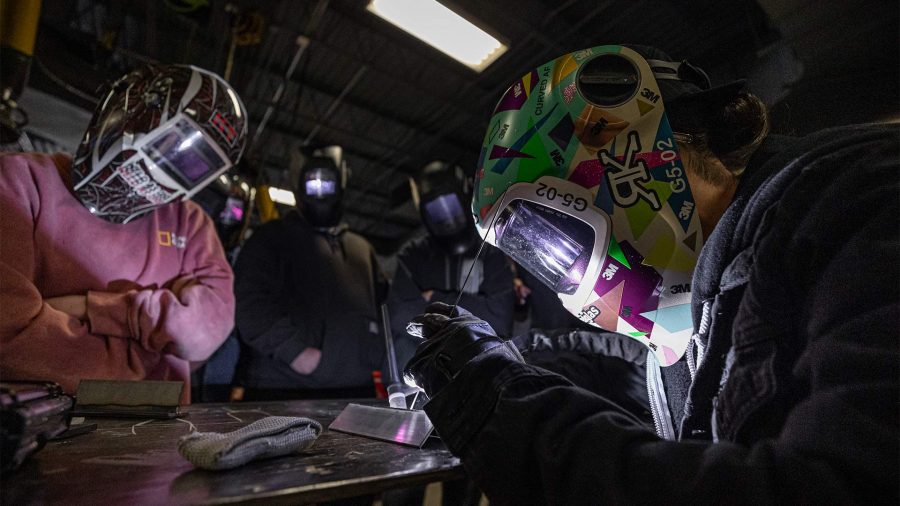