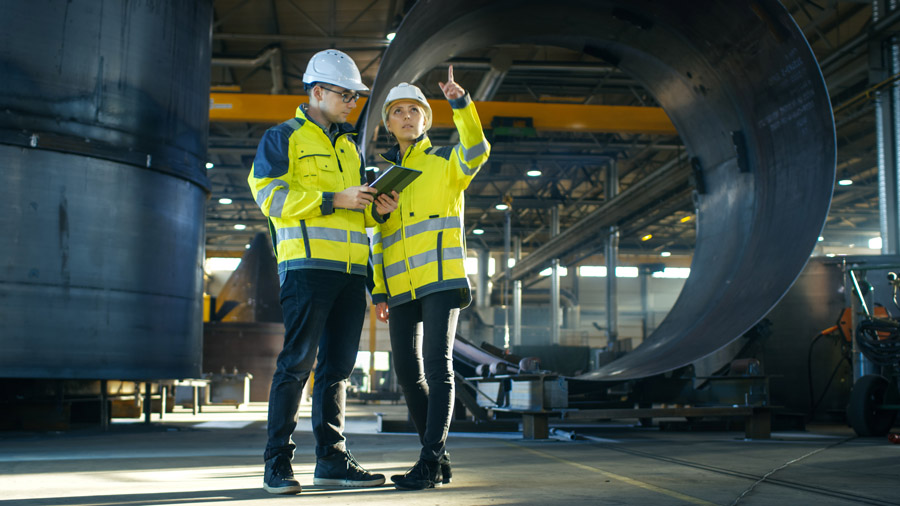 Workers can reasonably expect that their employer is doing everything possible to prevent injury or death. Yet, how many machines are not equipped with the right safety features? How many dangerous shortcuts do workers take to make a job easier? How many manufacturers have the right health and safety solutions in place to allow workers to alert management of areas that need attention?

In 2015, the total cost of occupational work injuries was $142.5 billion. That boils down to around $900 per worker, which includes the value of goods and services the company needs to produce to offset the cost of the injury; $1 million per death; and around $31,000 per medically consulted injury, according to the National Safety Council.

In addition, there are aspects of work-related injuries that aren’t quantifiable, such as the stress placed on workers who are injured or even those who witnessed an injury.

For every injury, there are probably around 10 incidents, says Matthew Elson, CEO of SHE Software, a Scotland-based software company that has engineered an app called AssureGo. SHE stands for safety, health and environment, the company’s areas of expertise, and Elson estimates that for every safety incident, there are probably several near misses. For every near miss, there could be around 10 unsafe acts taking place, he says.

“What we’re trying to do is get good data on those base-level statistics of unsafe acts and near misses,” Elson explains, “and learn lessons from those. By reporting those thoroughly and gaining insights from them, a company is going to avoid incidents and injuries.” 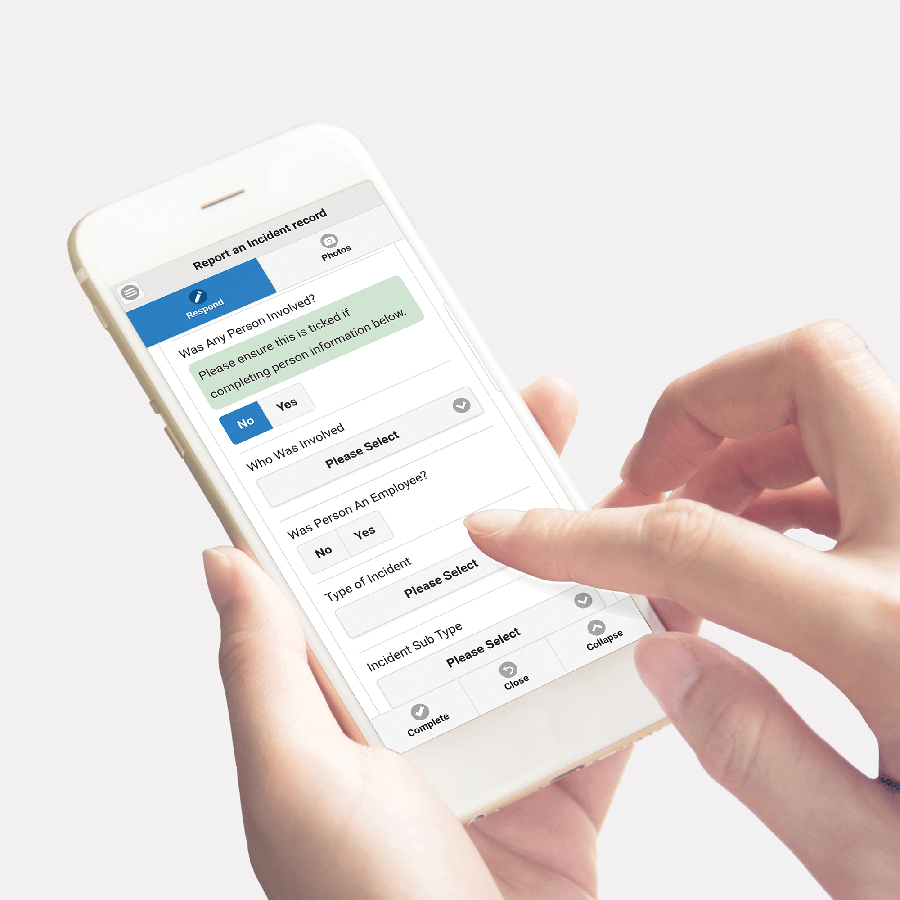 By using the AssureGo app, workers can easily report a safety concern or incident, which will be followed up by a supervisor and tracked accordingly.

In late 2011, Elson acquired SHE Software and has since grown the company to around eight times its original size.

“I saw a great product, and they had a good tech team,” Elson says of what attracted him to the company, “but the owners really had very little idea how to take it to market.”

Elson, an Oxford University-educated engineering, economics and management graduate, and his team redesigned the software around 4.5 years ago and took a path more akin to an integrated software platform. They also improved the interface and tools to make it “very user friendly.”

“Anybody should be able to report an incident, a near miss, a hazard, a safety assessment, etc.,” Elson notes. “You only achieve that if your software is simple and intuitive to use for your front-line employees without any particular training required.”

Elson says that health and safety initiatives have historically been driven by regulatory rules and compliance-led processes – an approach that he believes has gotten the health and safety management process about as far as it can go.

The SHE Software approach, on the other hand, is to make embracing safety culture more accessible, less of a burden and just part of the rest of the day-to-day tasks that make manufacturers more effective at what they do.

Injuries and unsafe work conditions are sensitive topics for manufacturers, which means this information, along with various HIPPA rules, is quite confidential. Elson says large employers are often as worried about social media posts reporting perceived safety performance issues as they are about regulators coming in for an investigation. However, he believes his company’s solutions can ease those fears.

“Your best defense against any negative reports is to ensure that you’re managing safety very well,” he says.

However, for companies using Excel or “pen and paper” as their health and safety management method, it’s difficult to do everything they need to do to track incidents and be accountable. Elson has heard people say that they spend two out of every four weeks assembling management reports because so much of that process is manual.

Having a convenient, automated, digitized and integrated method in place can take the pain out of the administration of health and safety practices. It can also ensure that the company’s compliance and safety professionals are out on the floor promoting good practices and safety culture rather than constantly being reactive.

“If you have an incident,” Elson begins, “you need to record it and investigate it in a timely manner, identifying the lessons learned and making sure the actions are tracked through to completion. If you’re doing that consistently, you have a great story to tell about how you’re managing safety. But it’s very difficult to do that unless you have a digitized system in place.” 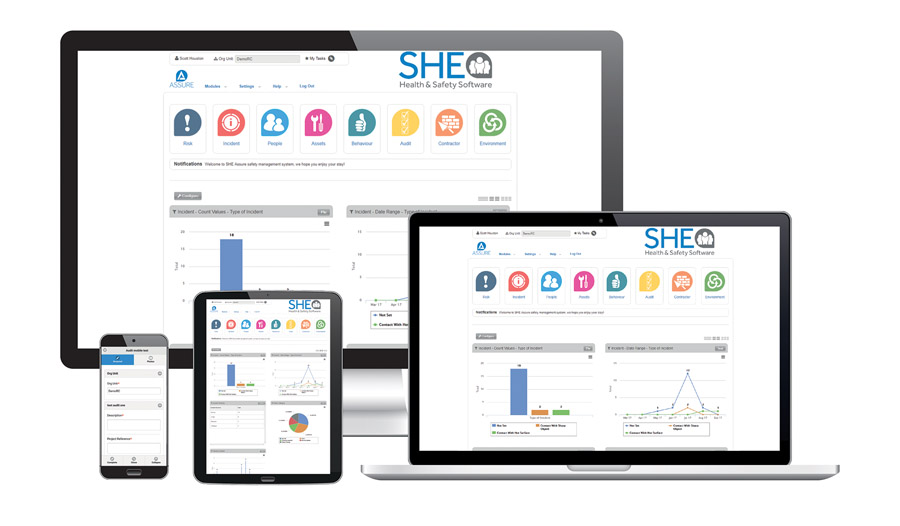 SHE Software’s solution can be integrated with other solutions to better manage health and safety issues on desktop, laptop and mobile devices.

Utilizing the AssureGo app on a smartphone or tablet computer is easy (desktop computers can access the company’s corporate strength application, AssureGo, which provides extensive functionality). Workers are able to use their customized interface to track and flag safety-related incidents and processes that could use safety improvements.

For example, a worker might see a need for safety guarding on a piece of equipment, such as a saw, to prevent injuries, or they might witness an unsafe act that could lead to a future incident. All of these examples could be easily logged in the app where they would get the attention of a supervisor.

AssureGo also provides more visibility and accountability because all incidents are easily visible to supervisors, who will be alerted to the reports, giving them the data they need to make an appropriate response. If an incident goes unnoticed or doesn’t get an appropriate response, an alert will remind management that the incident has gone unchecked.

“The app is going to know who their supervisor is,” Elson says of the worker’s reporting and the response capabilities. “The supervisor is going to have a look at it, make some decisions and then fire off some actions in the app.”

All actions regarding a report are tracked to completion in the app, which will show that the company has responded to the action in a timely manner. 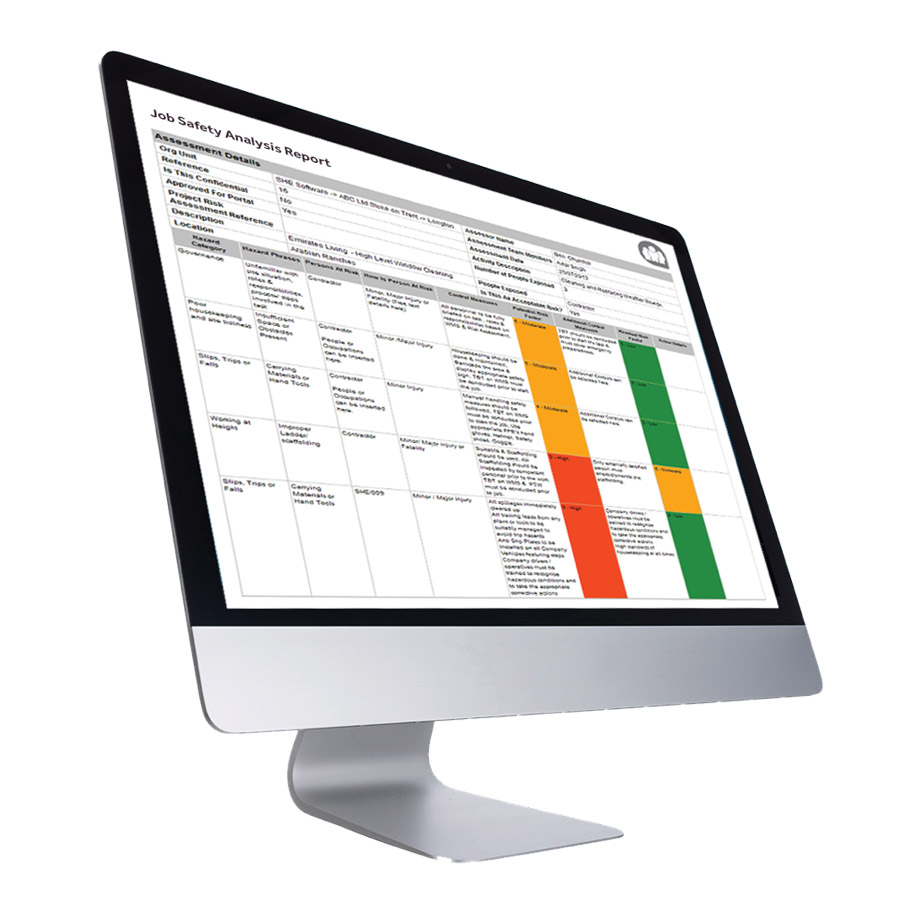 SHE in the States

SHE Software recently established its first U.S.-based office in Chicago where Elson hopes to get 10 to 20 manufacturers on board with the software in the first year. The team at SHE has learned from current clients that when their software is integrated, users report around five times as many near misses than what was reported with their previous safety tracking method.

That’s an important number because each incident that leads to injury has a number of repercussions, including potential damage to machinery, costs related to workman’s comp, the time it takes to fully investigate an incident and the production time lost due to stoppage.

“On the softer side,” Elson notes, “there’s the stress of people who were involved. There is the reputational damage to the organization. You quickly run up potentially quite large numbers in terms of cost – often hidden, non-obvious costs. It’s hard to take into account how catastrophic injuries can be.” 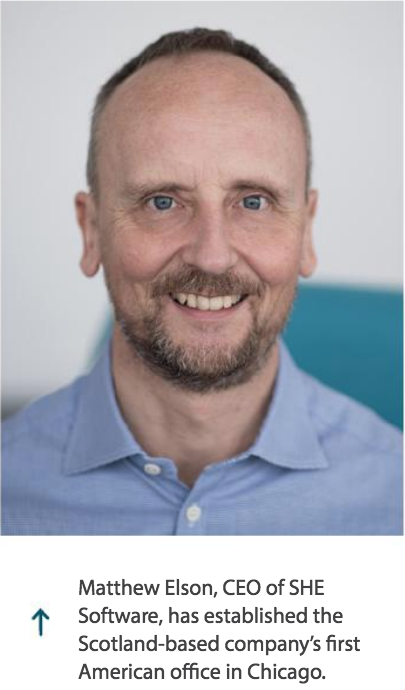 Modules include incident reporting, investigation, job safety analysis and recording training records of workers as well as their skill sets. The software also accounts for recording assets, recording inspections and keeping a record of all insurance and competencies of a customer’s contractors.

“AssureGo is highly configurable,” Elson says. “That is a big advantage for our customers because whatever you do today, the chances are that in a year’s time, you’ll want to modify it and improve it. You can do that within our software with the configuration tools.”