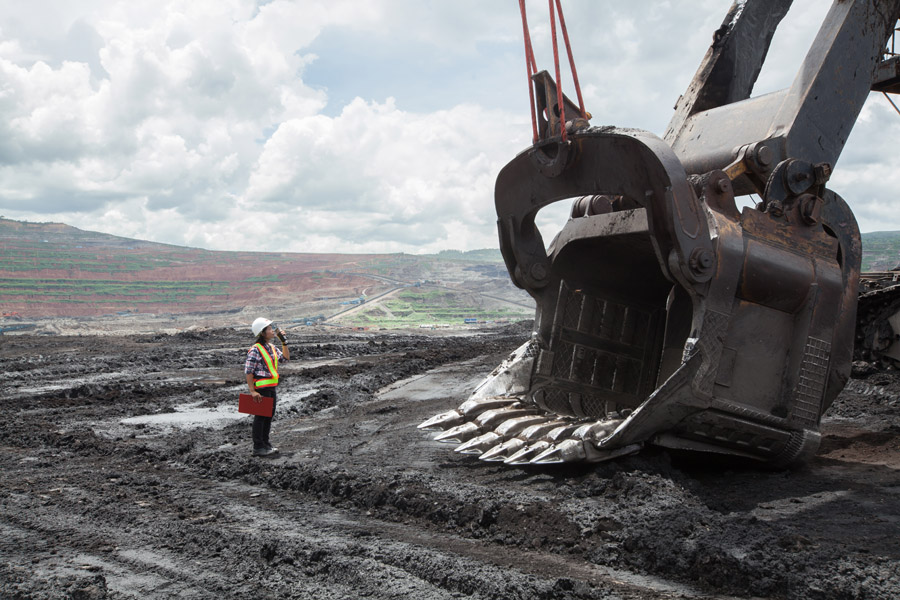 On the topic of arc welding, there are, of course, both differences and similarities between welding sheet metal and welding plate steel. The automotive and consumer appliance industries are large users of robotic automation for welding thin metal products. On the opposite end, construction and mining equipment manufacturers as well as shipyards use robotics to handle thick plate. Regardless of which end of the spectrum a welding operation falls under, several tools are to aid those responsible for making quality parts.

While the size of the actual factories may be similar, the daily volumes and physical size of the automation equipment to arc weld them can be grossly different. For instance, when comparing volumes, typically, automotive component manufacturers have cycle times that are measured in seconds; for construction equipment manufacturers, that time frame is usually measured in minutes and hours.

The difference in scale can be seen in all the components surrounding a robotic welding cell. Starting with the welding power supplies, most sheet metal applications have power supplies that typically operate in the range of 300 to 450 amps. Applications using thicker steel plate start in the 450-amp range and can go all the way up to greater than 1,000 amps for sub-arc welding. A lot of the technology and features of today’s modern inverter-based power supplies are used in both automotive and heavy welding industries.

The next visual differentiator when comparing weld cells is the size of the positioners that hold onto and sometimes manipulate the parts beneath the robotic welders. On the thinner metal side, most of these positioners are less than 2,000 lbs. and generally rotate along a single axis.

For larger weldments, these robotically driven positioners can handle greater than 100 tons and can rotate the weldment along multiple axes in order to position the weld joints for optimum accessibility and penetration. It is also not uncommon to have multiple servo motors used in tandem to run these large gearboxes.

Due to the nature of their size, welding equipment for construction and mining equipment manufacturers creates very different challenges when compared to challenges within the automotive environment. One of those is the size of the welding gap – the area where multiple pieces of metal come together.

In the automotive industry, those gaps are generally smaller than 1 mm. To produce large equipment like an excavator or bulldozer, those gaps could be as large as 12 mm. While the challenge of welding across air is universal, the tools used to bridge those gaps vary. Fortunately, there are tools and strategies developed to locate and fill in the larger gaps.

One of the biggest challenges with larger weldments is locating the actual weld joint precisely enough that the weld wire can be placed directly into the middle of the joint at the start of the weld. In doing so, the end result is maximized penetration and the best possible weld. One of the oldest robot software options used for doing this is an option called touch sensing. Like its name implies, the purpose is to sense the location of the part or weld joint by using a tactile device.

Initially, this function deployed a probe or transducer connected to the robot welding torch. The probe had the positive lead of a power supply connected to it, and the negative side was connected to a common ground with the tooling and weldment. The robot moved the probe in a programmed direction until it made contact with the metal plate.

Although the software for performing this process has changed very little, the tools and probes have changed quite a bit. Today, almost all automated welding power supplies have a touch-sense circuit built into them or use the open-circuit voltage for touch sensing. The ranges vary between 30 and 80 volts DC.

Additionally, the probes and transducers were replaced by energizing the gas cup on the weld torch and, later, that method was replaced with the actual weld wire. This worked great for parts that were clean, but didn’t work well for parts that had surface rust or mill scale. While the weld wire allowed for a more accurate location due to a smaller probing device, the downside was the wire had to be straight and couldn’t vary in length.

If either of those two scenarios were present, it generally led to a miscalculation of the robot position when contact was made with the part. To overcome the surface conditions of the steel, some manufacturers made high-voltage touch-sense circuits, which varied between 100 and 600 volts DC.

This worked well, but there were some obvious safety concerns with using such a high voltage. A safer way to locate less than optimal steel surface conditions, therefore, was to use a laser height sensor. This allowed for non-contact location of the weld joint. It didn’t have the same maintenance requirements associated with using the weld wire for location and could search at a faster travel speed because there was no worry about bending the wire on contact.

A faster technology, however, has been gaining a foothold thanks to the use of machine vision to locate parts. By using a combination of cameras and laser stripes, the part can be located with up to six degrees of freedom. Additional information like gap width and depth can be gathered from a single picture and used to make process changes better suited for the current weld joint conditions.

To accommodate variation in between the weld start and end, a robot software option called Thru Arc Seam Tracking or TAST is used. TAST requires the robot to weld in a wave-type pattern across the weld joint while taking samples of the voltage and current on both sides of the weld and in the center.

Using this data, the robot can adjust the path trajectory while welding to follow the new weld joint location. If the weld seam moves to the left of the robot direction, the current value changes for that side followed by the robot adjusting in that direction to equalize the values on both sides again. If the weld joint moves up and down, the voltage changes according to the amount of wire stickout.

As the wire length from the torch tip to weld joint increases in length, the voltage decreases. With TAST, the ideal wire distance can be set using a reference voltage, and the robot varies the height of the weld path to maintain the reference voltage.

The last hurdle is overcoming a situation where weld joint geometry is not consistent from one end to the other of the weld. For instance, what if it is a circular V-groove weld that varies in width from 15 mm on one side of the circle to 25 mm on the other side?

Touch sensing with weld wire or a camera system can be used to measure these variances and calculate what the new travel speeds and weld parameters should be. But that requires performing a variety of searches and calculations prior to welding, which adds to the cycle time.

Fortunately, there are laser sensors today that are mounted in front of the weld torch on the end of the robot arm that can solve the problem in real time. These laser trackers are able to locate the start of the weld joint just like touch sensing and can track the joint just like TAST – all from the data obtained by feedback from a laser stripe. The upper end of these types of sensors also provide joint geometry data, allowing the robot to change weld parameters and travel speed while welding based on real-time feedback conditions.

Overall, the best-case scenario is to design weldments that are precisely cut and fit together without gaps. However, when that is not possible due to size or configuration of the weld, several options are available to assist with making beautiful, functional welds. 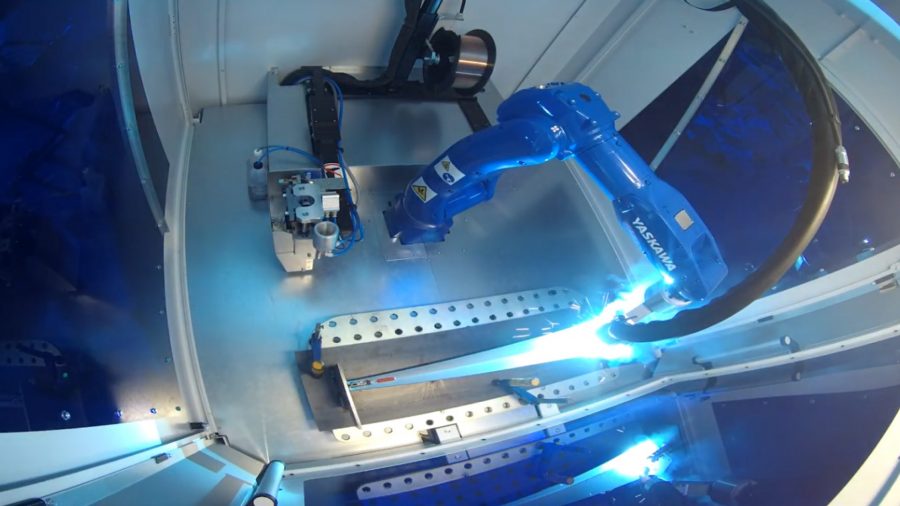 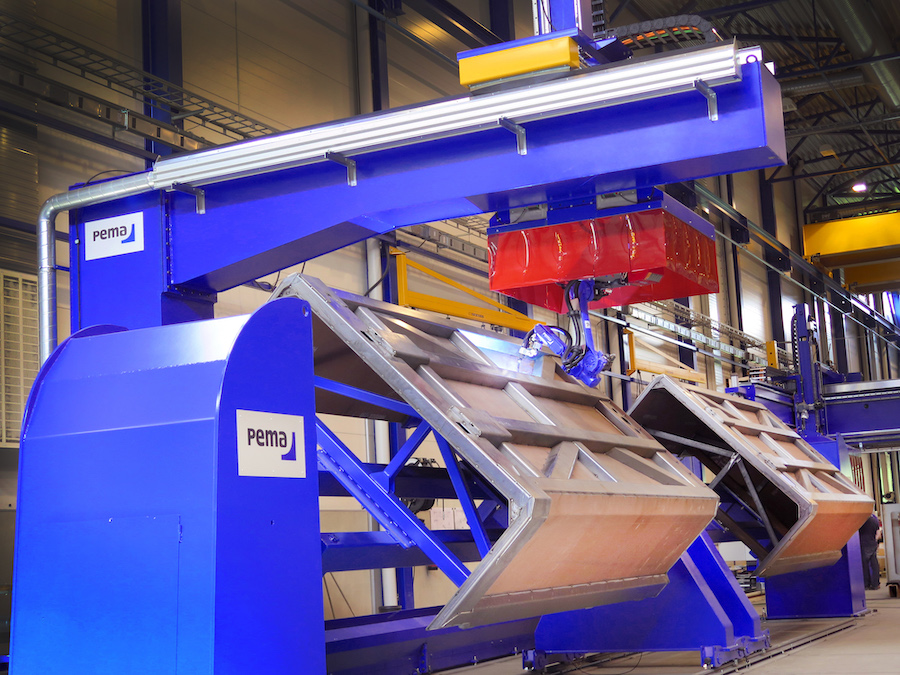 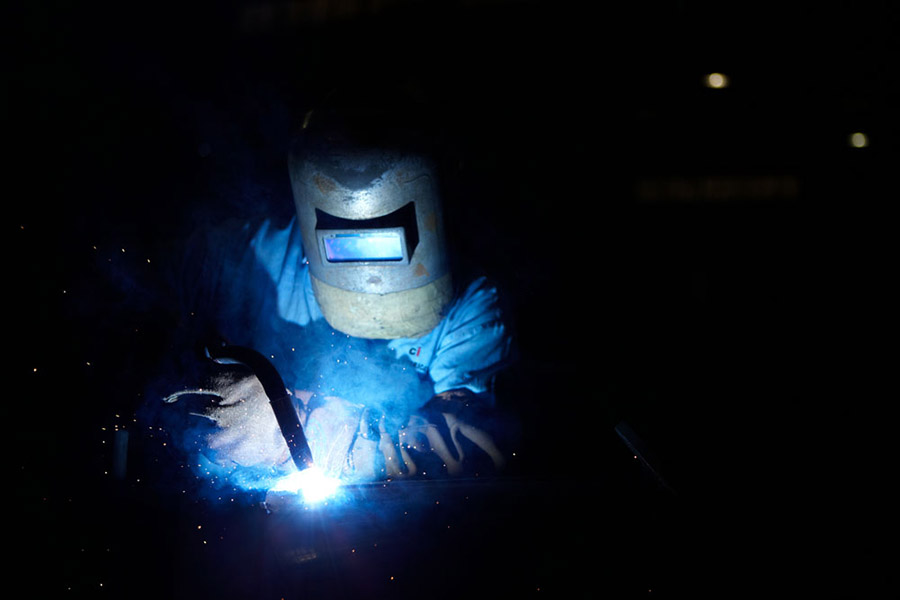