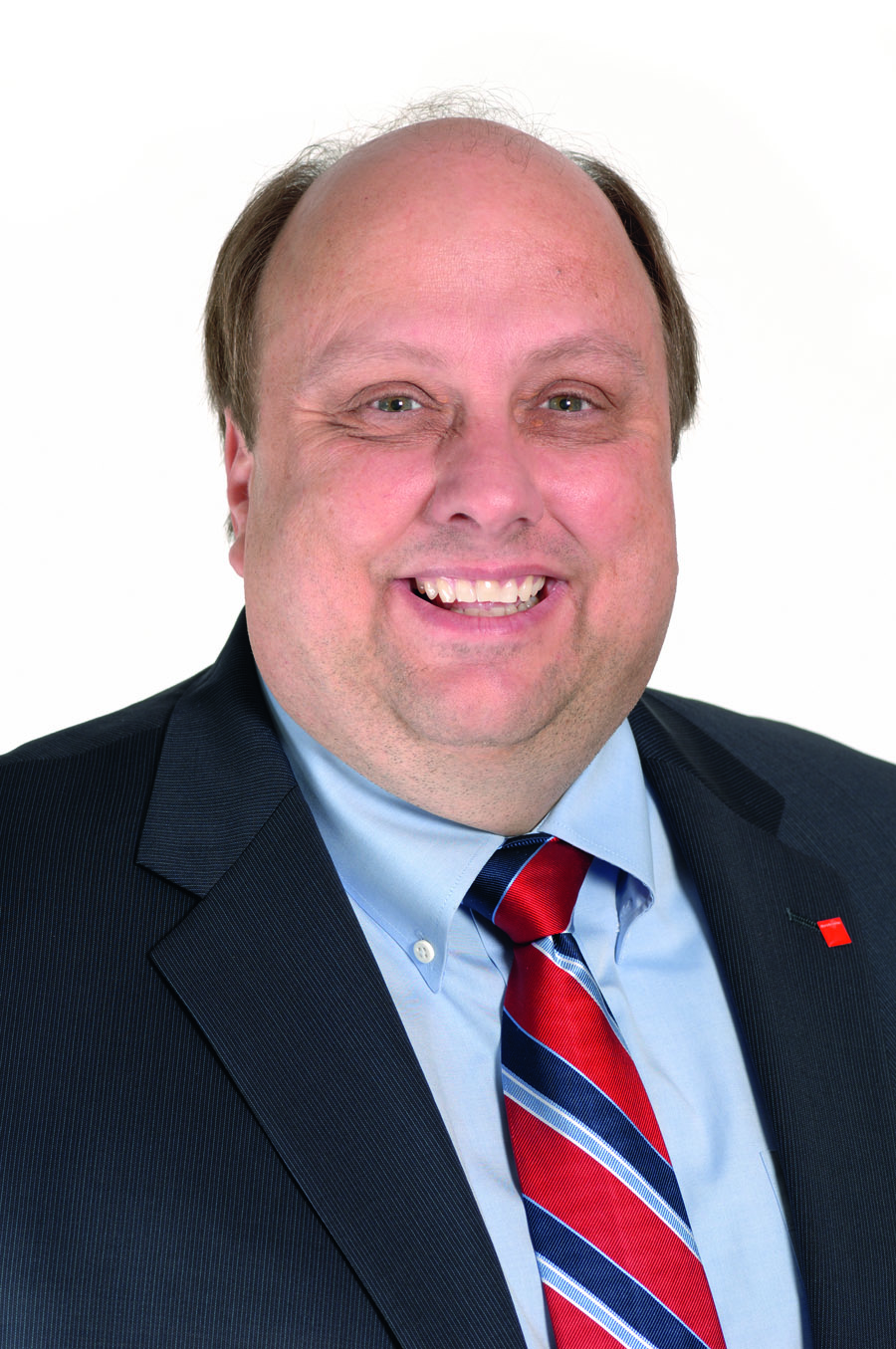 Technically speaking, Robert St. Aubin, president of Bystronic Inc., has been in the metals industry for 35 years – an impressive run by anyone’s standards. But long before his career officially began, he was being fed a steady diet of metals manufacturing.

St. Aubin’s father was a tool and die maker by trade. As a child, he grew up listening to his father’s stories about what went on “at the shop.” His stories ranged from working at the Pullman Railcar Co. to being on the team that produced the C54 Skymaster transport aircraft during World War II.

“I was endlessly fascinated to hear about the intricacies and precision of the processes that he dealt with and the products that they produced,” St. Aubin fondly recalls. “When it was my turn to join the workforce, I was very pleased to have the opportunity to join the manufacturing industry. To this day, I am still incredibly intrigued when I visit a factory to see how things are made.”

So with that life-long passion to understand how things are made and with a genuine desire to connect the world’s manufacturers with strategies that will help them thrive, Robert St. Aubin is truly deserving of the title: Titan of the Industry.

There is a handful of sheet metal processing manufacturers who lead the pack in terms of innovations. And Bystronic Inc. is among that group. The company produces laser cutting systems, waterjet cutting systems, press brake systems, software and material handling solutions – all embossed with Bystronic’s iconic red logo.

Since 2010, St. Aubin has served as president of Bystronic’s sales and service subsidiary in the United States, and since 2013, he’s managed the company’s America’s Market Division for North and South America – the largest individual market division within Bystronic’s worldwide business entity. His extensive background in sales and marketing brought him to this point in his career. Previously, St. Aubin served as the vice president of sales and marketing at Mazak Optonics – a role he held for more than 22 years.

“I’ve had the good fortune to work for some the largest and most effectively run machine tool organizations in our industry,” St. Aubin says. “During my entire career, I believe that the greatest accomplishment that I, and all of my colleagues in the machine tool sales and marketing industry, have accomplished is to bring the message of change and advancement to our industry.”

Change and advancement is necessary when the market demands it, but often, the transition can be difficult. St. Aubin says the efforts of sales and marketing are focused on connecting the world’s manufacturers with the innovations and strategies that will keep them competitive. 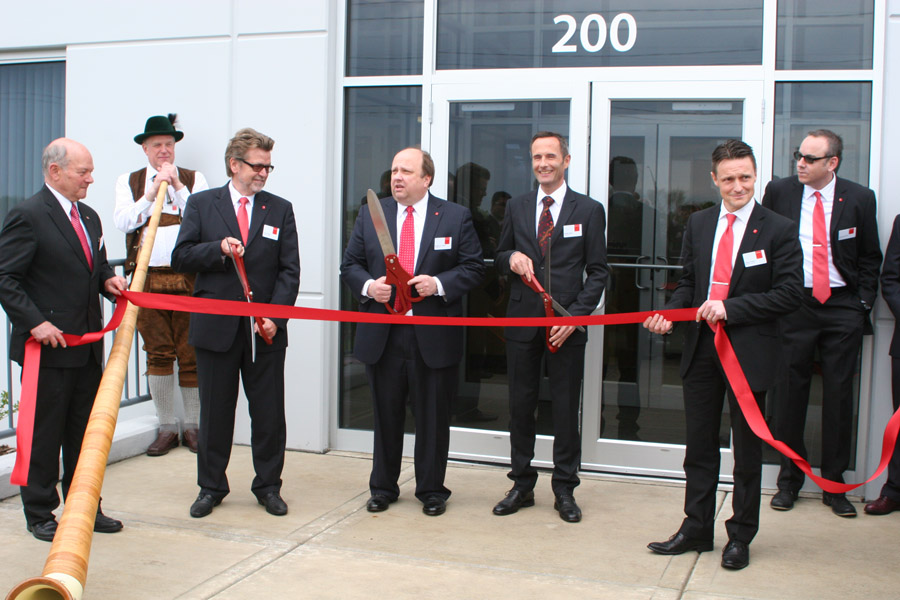 “No company or industry works in a vacuum,” he explains. “It is the people in the field who talk with customers, understand their problems and communicate them to the designers and engineers back at the home office. In turn, it is the sales and marketing people who close the loop by bringing the message of change, new approaches and new ideas to our customers.”

As a leader of those efforts, St. Aubin can be seen regularly giving presentations and seminars alongside his colleagues in the field. His focus isn’t always just on Bystronic’s products, however. When St. Aubin is behind a podium, he is often heralding new philosophies, technologies and manufacturing strategies that have the potential to deliver greater efficiency to the metals fabrication industry – no matter their origin.

This collaborative dialog, St. Aubin says, “has made the industry more agile, providing customers with the ability to create a consistent flow of new products that continue to help consumers worldwide.” And although he’s incredibly proud of the role he’s played leading some of the biggest sales and marketing teams in the industry, he attributes this success to the industry as a whole.

“It is the accomplishment of an industry that has helped to make the world a better place to live,” he says. 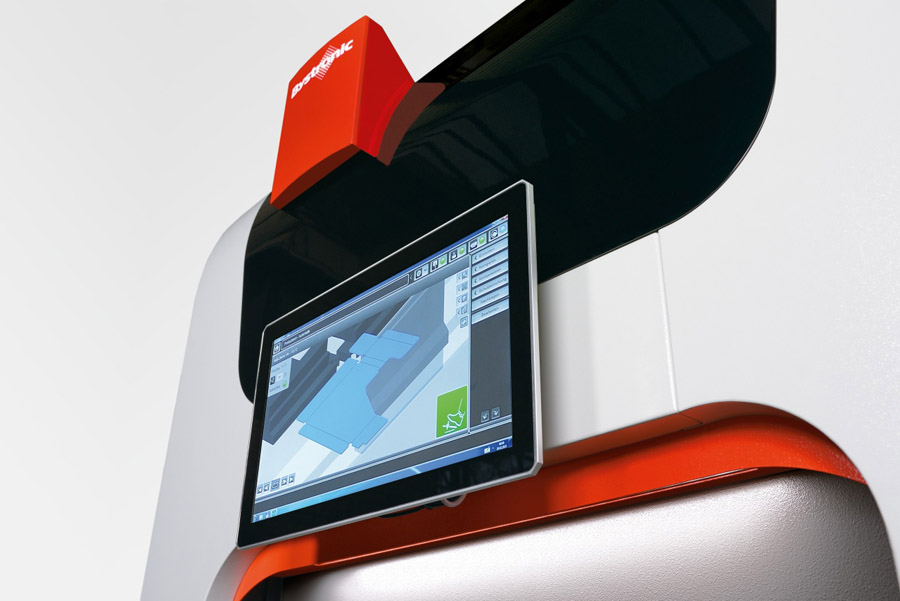 Today’s manufacturing floor is nothing like it was just a few decades ago when St. Aubin officially started his career. To paint an accurate picture of the shift, he describes the manufacturing landscape after World War II when there hadn’t been much global competition. The United States hadn’t been physically damaged by the war like other countries, which afforded it the position of being the prime supplier of goods manufactured in large quantities. Things changed in the 1980s, though.

In 1980, St. Aubin was attending Loyola University in Chicago where he was working toward his master’s degree in business administration and finance. While in school, he began his first field assignment at Cincinnati Inc. as a salesman of press brakes and shears. A few short months later, in March of 1980, interest rates hit 20 percent, driving the economy into severe recession and making the holding of inventory prohibitive.

“We were seeing significant competition from Europe and especially Japan, and the economy was under stress,” he says. “Based on these factors, creating large quantities of goods using equipment designed for high production – stamping presses with fixed hard tooling – began to decline. At that time, manufacturers were scrambling to find solutions to the concept of low-volume production.”

Eventually, mechanical drive trains made way for hydraulic technology, which enabled flexible, easier-to-set-up equipment. As high-volume manufacturing with stamping presses was replaced with turret punch presses, widespread use of numerical controls also began to emerge by the end of the decade. Lasers, too, were seeing larger adoption across the industry.

This significant change all happened at the start of St. Aubin’s career, allowing him to witness first-hand an industry accepting and implementing new ideas and new ways of going to market.

“Companies in the metals fabrication industry not only accepted the challenge of producing in smaller quantities but they embraced it,” he says. “And the change was not only with the equipment that was utilized. The most important change was the change in philosophy and mentality.”

In the past 10 years, another significant change has begun to take hold, and St. Aubin is using his experience in the industry to disseminate the details behind it. He’s proud of how the industry has adopted concepts like just-in-time and lean manufacturing to eliminate waste and inefficiencies, but this latest shift will yet again require an open mindset. He says that the new push lies in the effective use of data.

“Even after the year 2000, the industry treated manufacturing processes as islands,” St. Aubin explains. “Each process was considered on its own and was analyzed to make it the fastest and most efficient that it could be. Unfortunately, as the processes were not always balanced, a very efficient first operation could leave piles of work-in-process inventory at the next operation. In the last 10-plus years, however, with the advent of efficient data transfer and Internet connectivity, this is beginning to change.”

He describes how manufacturers are beginning to realize that real-time transfer of data and information ultimately leads to successes on the shop floor. He goes on to say that these manufacturers are seeing the benefits of the Internet of Things, as those once siloed processes are working in tandem. 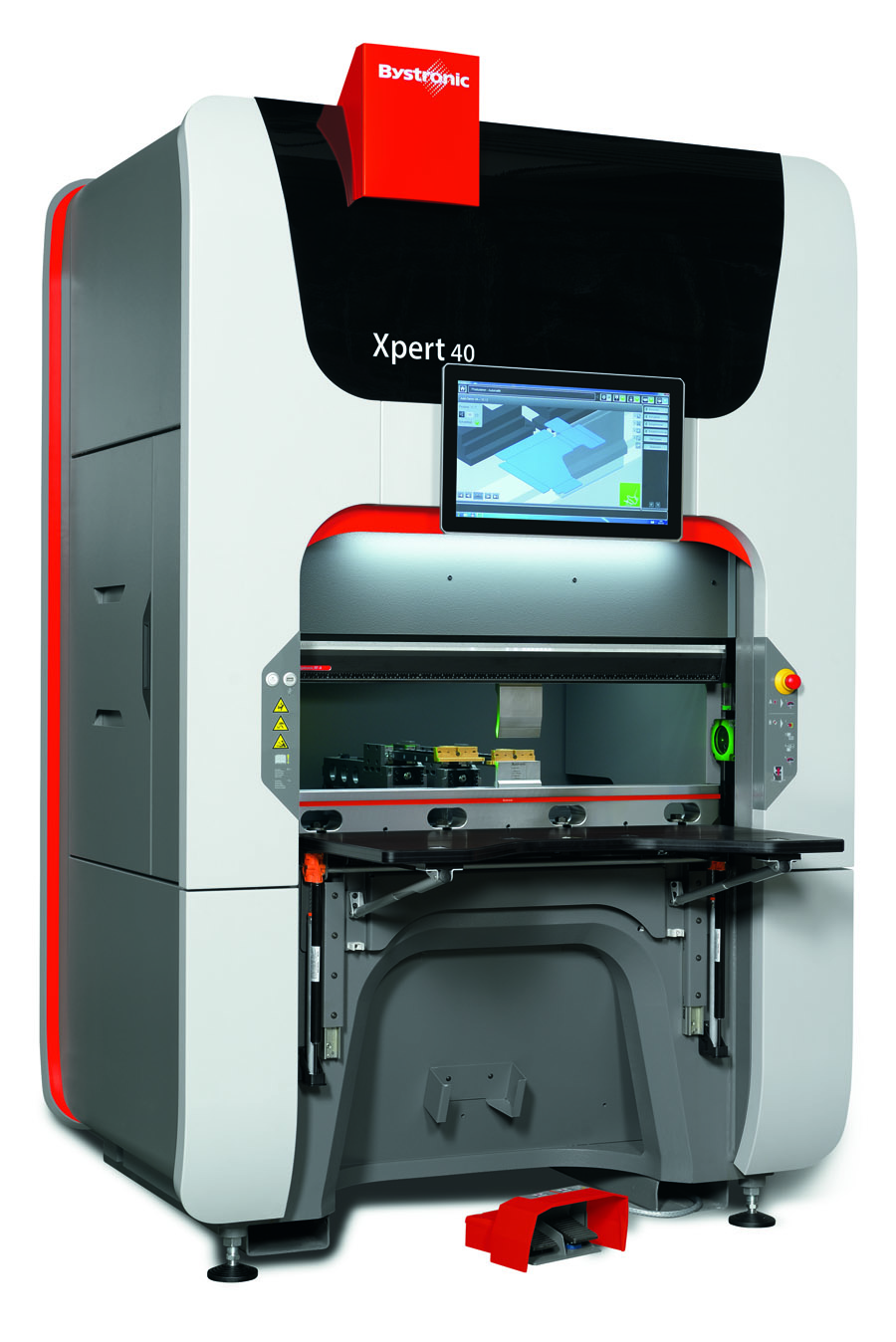 Accepting and implementing the idea of Big Data isn’t always easy. As each day passes, however, the methods to bring it on board are becoming more approachable. To fully instill the benefits of a digital strategy, St. Aubin says that effective leadership plays a big role. Having a vision and being able to see what the future might hold is what he considers the most important trait for a leader in the field of technology to possess.

“It is my firm philosophy that the responsibility of a leader is not to see things as they are, but as they can be,” he says. “Change is difficult both to create and to implement, so perseverance is incredibly important. After one has a vision of what the future should look like, it takes perseverance to convince others of the benefits of technologically driven change.”

As sophisticated technologies continue to take hold, manufacturing is more apt to shed itself of the blue-collar stereotypes that it once bore. It is also more apt to level the playing field for manufacturers – even at an international level.

“New laser sources, new automation solutions and other, ever more, advanced technologies are not far off,” he says. “Coupled with data and information transfer, human variability in the process is being minimized. Today the cost of manufacturing is highly variable based on the talents, motivations and cost of human participants in the process. In the future, technological innovation will minimize, or perhaps even eliminate, this variability.”

Even now, St. Aubin sees that change in motion. “Shifting global conditions and promising technologies could add momentum to these trends, leading to a healthy resurgence in U.S. manufacturing output across the economy in the years and decades to come. This trend can be even more pronounced in the metals fabrication industry as volumes continue to stay low and the cost of shipping remains high for highly engineered, fabricated products.”

Companies like Bystronic backed by leaders like St. Aubin will facilitate these trends to become the new normal. A focus on innovation is, after all, the foundation that Bystronic was built on.

No matter what form innovation takes, St. Aubin is committed to being the voice of the customer. He reiterates that this personal commitment also requires him and his team members to listen deeply to the industry’s needs. This, in turn, helps the engineers behind the scenes deliver strategies and technologies that will continue to make industry-wide change possible.