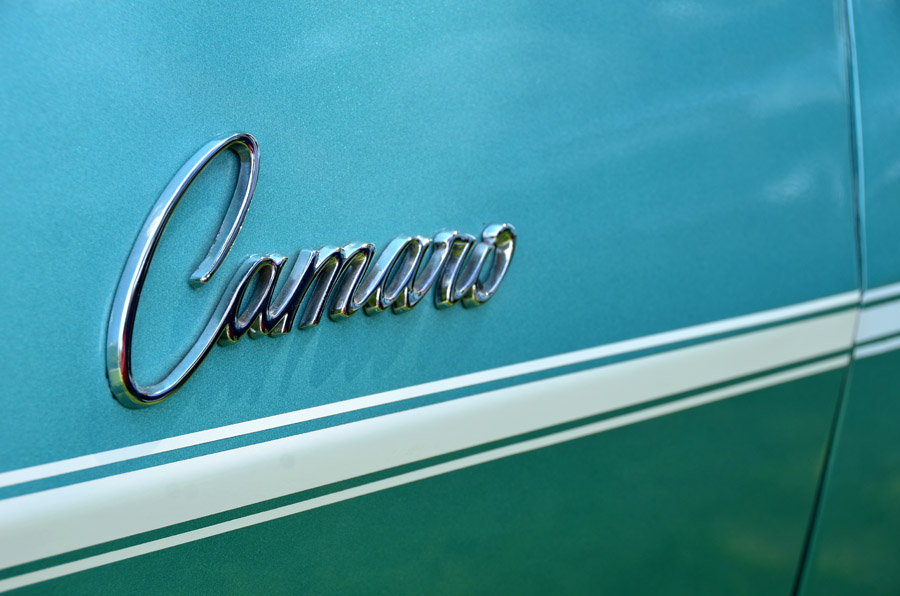 As fabricators, we are always looking for new tools and techniques – ways to improve the work we do and make our shops more efficient. When developing a new technique, however, we’re never quite sure how it will work on different applications. What works on one project may not be so great on another.

So, we test the technique on sample pieces in the safety of our shop, only to have things go off kilter when the process is used out in the field in front of new clients. It’s a nerve-wracking moment when we hit the switch and hope for the best. But it is an incredible feeling when success is achieved.

That’s how I felt using the plasma gouging technique for spot weld removal on a 1968 Camaro. I had several first-generation Camaro projects lined up, with this one being the first.

Because the floor pan removal project was just one step of the process, a final photo of the Camaro wasn’t available. Most likely, however, the end result will be quite similar to the cherry 1968 model shown here.

Because this first Camaro project was being done on location, time was a factor. My partner and I only had three days to change out the floor pan in an unfamiliar shop.

A big advantage of newer welding and plasma systems is their portability. So, it was no problem to pack up the welder and plasma cutter plus all the needed hand and power tools and fit them in the back of my Ford Explorer. When we arrived on-site, we quickly unpacked and dug into the Camaro.

The first half of day one was spent getting the car ready. When it comes to subframe cars such as GM F Body muscle cars, the floor pan plays a big role in the overall structure of the car’s body. If not done properly, removing the entire floor pan can compromise the car’s structural integrity.

For starters, the car must be stable and level. Careful measurements need to be taken from every angle, to and from various reference points. Supports or bracing must be installed to maintain those structural measurements.

Once those initial steps were taken, we began rough cutting out the old floor pan. Using the plasma system, we cut along reference lines drawn around the perimeter of the floor pan, leaving about a 1/4 in. between the cut line and the edges of the rockers, frame rails and lower firewall. By the end of day one, the rough cuts were finished.

Day two centered around removing what was left of the old floor pan that was still attached to the sides of the rockers, the front of the trunk pan, the bottom of the firewall and the tops of the frame rails. Essentially, it was a metal ribbon of spot welds.

There are more than 100 spot welds in the average automotive floor pan. Each one must be carefully removed without damaging the bottom layer as the new panel for the floor pan will be mounted onto it. This is the most time-consuming part of any panel replacement.

The conventional method of removing spot welds with grinding or drilling averages 2 to 3 min. or more per spot weld. This is the technique my partner used. He started grinding on the right rocker panel while I used the plasma gouging technique and started on the right frame rail. The plasma turned out to be much faster.

I worked my way around the complete perimeter of the floor pan area and caught up to my partner still on the right rocker. A job that would normally take hours was completed in less than an hour. Also, we discovered that in addition to being faster, the plasma technique had less of an impact on the bottom layer of metal.

This was particularly beneficial considering the age of the car. There were places where the metal was so rusted that the individual spot welds could not be seen. The surface was completely pitted. Plasma gouging allowed us to carefully melt away the top layer of metal while leaving the bottom layer pretty much intact.

The system I used, a Hypertherm Powermax45 XP plasma system, can be adjusted down to 10 amps and that made all the difference. I’ve used the spot weld removal technique with an older plasma system that only went down to 15 amps. But those extra 5 amps make it even easier to use the gouging arc like a scalpel, carving away the unwanted metal. Removing spot welds by plasma gouging is a fun technique and easy to master. Make sure to practice on old parts with spot welds until you feel comfortable with the process.

As the sun set on day two, against all odds, every bit of the old floor pan – spot welds and all – had been removed with almost no effect on the mounting surfaces. 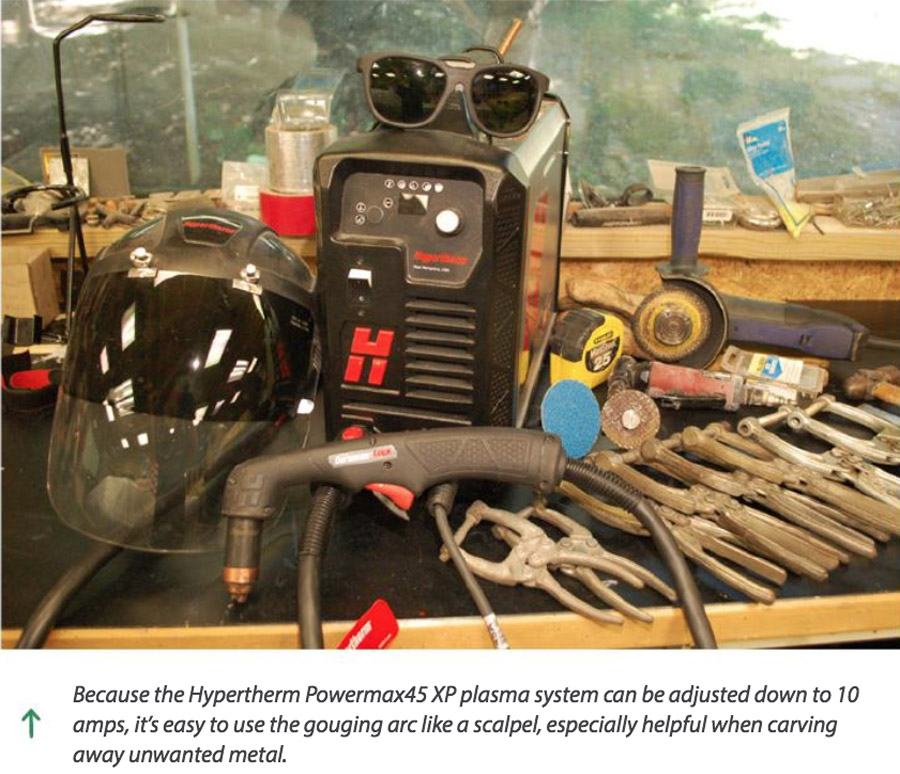 Day three brought many tasks still to be done, including cleaning up those mounting surfaces with grinding and sanding. Another consideration was the galvanized rocker panels. To weld properly, the galvanized coating in the weld areas needed to be removed with a grinder and 50 grit abrasives.

A huge time saver was using a pneumatic hole punch to create the 100-plus plug weld holes that needed to be punched into the new floor pan. For less than $100, the pneumatic punch is quickly becoming standard equipment for anyone doing panel replacement.

We then test fit the new floor pan, adjusting tabs here and there.

Then, the new floor pan was set into place and measurements were triple checked. It was secured with self-tapping screws and welding clamps. My Miller Diversion 180 TIG welder made short work of the plug welds, allowing us to load our equipment back in the SUV before the sun went down on that third day.

As the results proved, new techniques and equipment made it possible to do the job in less time than I would have thought possible. We worked steadily, but not frantically – taking the time to double check things and not taking shortcuts. We drove home content, ready to jump into the next Camaro project and leaving behind a very happy customer. It doesn’t get much better than that.