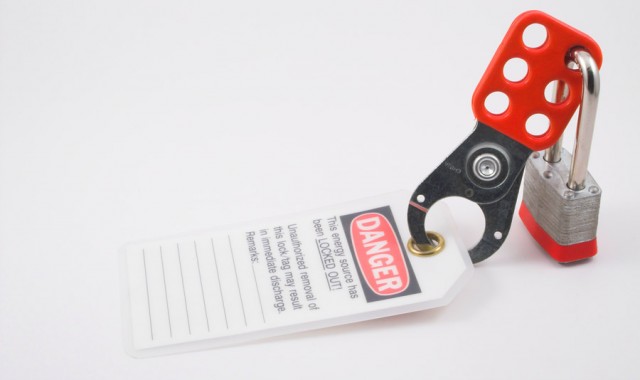 Modern industrial welding is typically not performed as a standalone manufacturing process. The majority of companies that utilize some form of welding automation have other equipment and processes in the same facilities alongside the equipment. Whether directly welding related or otherwise, all are subject to the same rules and regulations propagated by OSHA and state-equivalent OSHA organizations.

One characteristic that makes OSHA unique in comparison to other international legal bodies is that, for the most part, OSHA regulations are typically broad and written to apply to the industry in a general manner. It is the mission statement of OSHA to ensure that workers who toil away at manufacturing operations can perform the required tasks in a safe and effective manner.

OSHA does not view its role to be the technical arbiter of manufacturing process technology. And typically, it doesn’t dictate specific task detail requirements. Instead, OSHA oversees a canon of federal regulations that, in most circumstances, provide the necessary outcome requirements.

Among the family of global industrial safety regulatory agencies, OSHA is unique with respect to its mission statement and operation. It draws its authority from Congress based on one central philosophy: Employers are solely and uniquely responsible for the health and safety of any person who enters a manufacturing facility, whether they are a worker or classified in any other capacity.

This operating philosophy is codified in federal regulations under the title: The General Duty Clause, Rule 5 (a) (1). Under the general duty clause, employers have the first line of responsibility in the event that anyone suffers a loss-time injury as a result of injuries suffered in their manufacturing facility or on the adjacent grounds.

The term industrial safety is a concept that is relatively new with respect to the history of manufacturing. Modern manufacturing, as the process can arguably be described, originated with the endeavors of Henry Ford and his efforts to automate the mass production of automobiles.

The Industrial Revolution, however, began long before in England in the early 1800s. During that early era, the most compelling technology to give rise to the concept of industry as it is known today was the development of motors and engines instrumental in supplementing manual labor.

Since the dawn of history, the individual craftsman paradigm has been in effect. With the advent of machinery, technology expanded the capabilities of workers to eventually evolve into digital craftsman, and a new factory culture emerged. The former single craftsman paradigm remains to some degree today, but digitally controlled machines rule the world of manufacturing. Robots in manufacturing environments serve as the current example of how machine sophistication has evolved.

Since its inception, manufacturing technology developed at a rate often described as a steadily rising wave on the ocean of commerce. One stunning example of this is found in the construction of large structures such as bridges and highways that today show evidence of the use of now antiqued manufacturing technology. In only a 100-year period, the process of hot riveting – that made the start of the Industrial Revolution possible – is completely obsolete.

Riveting two pieces of steel together to make a structure has been completely replaced by the more modern science of gas metal arc welding (GMAW), or simply arc welding. Although many structures and buildings are still standing that were fabricated using rivet technology, the science and art of hot riveting has been lost forever; the evolutionary cycle continues to roll on.

The brave new world of manufacturing accepts the premise that workers are prized for their intellect and ability to direct semi-intelligent machinery more so than their individual strength and coordination. Speaking of the most basic of semi-intelligent machinery – industrial robots – the first entered the scene thanks to the innovations of George Devol. He held the first patents awarded by the U.S. patent office for industrial robots.

Devol, aided by his business partner Joseph Engelberger, created a manufacturing company by the name of Unimation, and they began to sell their labor-saving device, the Unimate robot, to select foundry customers in 1961. The machines found a natural home in industries that were exceptionally tedious, hot, hazardous and undesirable. High-pressure aluminum die casting and resistance welding of automobile bodies were the most successful applications for the early Unimate robots.

Over time, robotic technology driven by the parallel rise of computer technology expanded at an astounding rate, allowing robots to be applied to a wide variety of basic manufacturing process applications throughout the 1960s and 1970s. One of these applications is GMAW.

Arc welding is a continuous path application that requires not only a refined servo feedback system but also additional computer capabilities to manage the welding process. Arc welding as a viable robot application began with a continuous-path robot welding system introduced in the United States in the early 1970s by ASEA AB, also known as the General Swedish Electric Co., which today owns 50 percent of ABB Robotics. Since that time, numerous other continuous path applications have been developed for robots, including but not limited to all manner of painting and coating applications.

In regard to human interaction with semi-intelligent equipment, the safe use of robot technology in the U.S. market is heavily dependent on employers who are required, as a matter of federal law, to be caretakers of their manufacturing environments. To ensure a skilled and healthy workforce, employers are a significant contributor to the process, and their role is far from self evident in practice.

For a business to enjoy a profitable and expanding existence, it cannot ignore the fact that human nature tends to favor the convenient path of least resistance. This implies that, altruism aside, employers and their workers benefit from the highly visible hand of the federal government in the form of OSHA, which was established in 1970.

To keep the discussion in perspective, it’s important to acknowledge one singular and compelling fact that distinguishes the United States from the rest the world: Only in the United States is the employer the first line of responsibility in the event that a serious injury accident event occurs in an industrial setting. The responsibility extends from the production worker to include all manner of other individuals, including arm’s-length casual visitors.

In many locations outside of the United States, factory workers who are injured on the job are presumed to be responsible for the injuries that incurred. For U.S. workers, however, the most reliable safeguard against injury due to industrial accidents isn’t special software, dedicated controls, safety fences, fixed barrier guarding, light curtains, safety mats or advanced sensors. The best safeguard for workers is the U.S. legal system.

This is true because the legal system forces companies to practice defensive engineering and, unlike in many other countries, the United States has an enforcement-oriented agency responsible for regulating and administrating industrial safety. The primacy of OSHA assures that companies will behave in a manner that is in the best interests of workers.

The special genius of OSHA

It would be improbable for the architects of OSHA to envision a day where U.S. manufacturing companies choose to use ISO-international standards in deference to OSHA regulations, OSHA equipment organizational regulations or standards that use normative OSHA regulations. This is because OSHA regulations are not consensus-recommended standards but instead a body of law. And OSHA in the United States forces compliance with the regulations using the rule of law.

Mandating that all companies ensure that they have their hazardous energy sources turned off, socially locked out and properly labeled is the ultimate failsafe process. Simply put, if there is a hazard, a safeguard is required. Lockout/tagout, or LOTO, which emerged in the 1980s, is the ultimate safeguarding methodology.

The genius is embodied by the simple notion that if something could harm an individual, then turn it off. It really is that simple. A hazard can exist if the equipment stores energy or has the ability to move. Therefore, the protocol for the use of LOTO is straightforward.

When routine and repetitive production-related tasks are underway, the power is on, of course, but with safeguards in place. When a major repair is performed, such as removing a motor or drivetrain or any other process requiring control, then the equipment should be locked out.

It’s impossible to fully understand why LOTO has not been adopted by the rest the world. The arguments that are put forth generally fail to fully explain international resistance. The principal objection that’s typically provided relates to what is perceived to be the costs associated with the inconvenience of the lockout procedure.

To be sure, the process does require a slight amount of additional time, but that additional time is clearly worth the purported inconvenience. It is possible, however, that there is a deeper philosophical objection to LOTO. It’s possible that the process is viewed to be superfluous because if a worker was confident, properly motivated and responsible, that there would never be a potential for an injury accident to occur.

The problem with that explanation is obvious on its face: It is the same argument made for automobile safety belts or kill switches on lawnmowers. If a hazard exists, a safeguard should be in place.

As the manufacturing world evolved into a more sophisticated, more automated environment, safety procedures followed appropriately. For both U.S. workers and employers alike, OSHA is a governing body that should be lauded for its ability to maintain safety on today’s manufacturing floors.