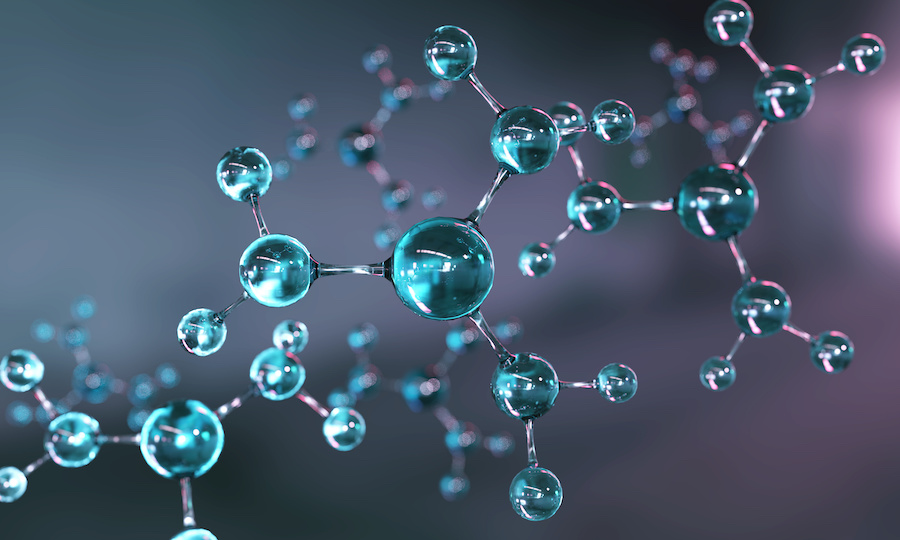 In-house laser cutting assist gas generation isn’t necessarily a new concept, but Fabtech 2021 might have been the first time that these systems were on full display. Several laser OEMs

featured nitrogen, high-pressure dry air and mixed gas systems in their booths, each partnering with reputable gas generation producers to deliver the highest quality products available on the market today.

Matthew Jaskolski, sales engineer at Liberty Systems, a long-standing assist gas generator producer that partners with Mazak Optonics Corp., BLM Group and other well-known laser OEMs, says there are two primary benefits for fabricators that produce their assist gas in-house: tighter control of their supply chain and the ability to generate gas for less than what they currently pay.

“There’s also a third, smaller benefit that should be mentioned,” he adds. “When fabricators bring gas generation in-house, they’re no longer tied to those multi-year gas contracts. Coupling gas savings with control of the supply chain and getting out from under long contacts are the greatest benefits we see.”

As anyone paying attention knows, supply chain woes are nothing new, but were greatly amplified during the Covid pandemic. The types of supply chain breakdowns were varied, of course, but the consequences felt by fabricators were often the same: operational disruptions that resulted in reduced production and profits.

“In the summer of 2021, we witnessed legacy gas companies rationing the deliveries of liquid nitrogen,” Jaskolski says. “Some companies were receiving only 50 percent of the nitrogen they needed, and this rationing was in place for several months.”

Essentially, the pandemic served as the slap in the face that almost every company in every industry around the world needed to wake up and tighten their supply chains. The results of this are popping up in a variety of iterations, including the assist gas generators on display at Mazak, BLM and Bystronic Inc.’s booths at Fabtech 2021.

In a recent press release, BLM Group announced that it is making the use of high-pressure dry air as an assist gas possible on all of its flat sheet and tube laser cutting systems, citing the reduction or elimination of third-party dependency as one of the driving factors for its decision.

“BLM and Mazak are a couple of the laser OEMs that we work with,” Jaskolski says. “Each laser OEM has their own niche when it comes to developing the cut conditions for different gases, but both brands’ lasers can cut with high-pressure dry air as well as nitrogen generation.”

While the choice of assist gas depends on the application, Jaskolski says high-pressure dry air is the most popular in the market as of today due to the significant cost savings. Garrett Peterson, Mazak’s senior application engineer, agrees with the savings as well as the idea that in-house gas generation reduces supply chain concerns.

“High-pressure air systems allow the customers to create their own assist gas to cut with as opposed to always purchasing assist gas from a supplier,” he says.

In addition to nitrogen and high-pressure dry air generators, mixed gas generators were also on display at Fabtech and are growing in popularity with metal fabricators. Bystronic Inc. recognized this rising trend and is now offering – through its partnership with MSS Inc., another reputable gas generator system producer – nitrogen generators as well as mixed gas generators. Its NitrO2 mixing product offers inline mixing of nitrogen and oxygen gas sources to create a custom mixture that provides high edge quality and quick cutting speeds – up to three times faster compared to N2 or O2 single supplies.

Regardless of the type of gas generation a fabricator needs or prefers, these systems are offering freedom from third-party suppliers plus cost savings. Jaskolski says, more often than not, users see significant savings producing their gases in-house versus relying on traditional suppliers.

Most fabricators that make the shift to in-house gas generation will know which assist gas they need the most, but based on the cost, some fabricators are considering high-pressure dry air

because of its low cost. This, of course, is only an option for some applications.

“When cutting aluminum, dry air can give a better cut quality than with nitrogen, and it will be cheaper,” says Mazak’s Peterson. “Overall, cutting parts with air versus nitrogen on 4-kw lasers or higher will be preferable, too – it will be cheaper while the quality stays about the same.”

Considering assist gas is one of the most expensive laser consumables, selecting the right one ultimately affects cost per part. To reduce costs with high-pressure dry air, Jaskolski offers a few pieces of material advice.

“If we stay within the recommended thickness for mild steel, depending on the laser wattage and material compositions, there should be a scale- and dross-free edge,” he says. “If you’re cutting aluminum, you’ll need a little extra heat to minimize the burrs for high-pressure dry air to do the trick. Stainless steel is a hit or miss depending on your end product.”

“If you’re cutting thicker stainless, in the 3/4 in. to 1-in. range where the edge quality doesn’t matter, meaning these parts may be going to a CNC machine, then it would be much more cost effective to cut it with high-pressure dry air,” he says. “I tell all my customers to get cut samples with high-pressure dry air from the laser OEM and run it through their production to ensure it meets their edge quality requirements.”

If the cut quality is acceptable with high-pressure dry air, these systems will typically have less than a two-year ROI if the laser is running on just one shift, he adds.

While the reduction in cost and reliance on outside suppliers are enticing reasons to invest in a gas generation system, there’s more to consider, such as ease of use and required floor space. To give an idea as to what can be expected, Jaskolski uses Liberty’s nitrogen generators as an example.

“Nitrogen generators are quite user friendly,” he says. “Once they are started by a Liberty technician, we ask that some daily checks take place, which is nothing more than looking at the system and taking note of a few key data points like purity level, air compressor and booster compressor display screens, and some pressure gauges. The purity and pressure readings pretty much determine the health of the system, and the check of the display screen on the air compressor and booster compressor are to determine if maintenance is required.”

The system is fairly self-sufficient once it is running, he says, adding that training primarily revolves around preventive maintenance and the daily checks he previously mentioned.

In terms of the required floor space, it’s not necessarily surprising to hear that it’s dependent on the size of the system. The size of system a customer needs, however, can be determined during a discovery call that Liberty will schedule with a potential customer.

“During this call, we’ll determine what the customer would like to achieve,” he says. “Do they have one laser or six?”

Once the team at Liberty has collected the information it needs, they’ll prepare a few options to present to the customer, explaining the differences and the capabilities of the different options and offering suggestions as to which they believe is the right offering.

“Ultimately, the customer decides which direction they think is best for them, and this will define the footprint,” he says. “Typical footprints can range between 8-ft.-by-8-ft. and 20-ft.-by-30-ft., but the most common footprint would be 10-ft.-by-15-ft.”

To make the right decision when it comes to in-house gas generators, it can’t be stressed enough how helpful it can be to lean on the laser OEM as well as their gas generation system partner.

Liberty Systems and MSS have been in business for nearly 20 years. MSS, as an example, was established in 2003, installing its first nitrogen system in 2004.

According to a recent Bystronic press release announcing the establishment of its partnership with MSS, that first nitrogen system installation “provided a springboard for the company’s growth and the later creation of MSS Nitrogen Inc. in 2010, to accommodate gas generation innovative solutions,” the release stated. “MSS provides a team of experienced and highly qualified engineers with unrivaled knowledge of both the laser and gas generation industry.”

MSS boasts a large install base with manufacturing facilities located in the U.K. and in the United States while MSS Nitrogen Inc. products are all designed and manufactured in America.

Jaskolski notes that Liberty’s 20 years in business has also provided his company the vast experience they need to guide potential customers toward the successful use of in-house gas generation systems. Like MSS, those two decades have also helped to foster strong relationships with various laser OEMs.

“I believe the OEMs partner with us for a few reasons,” he says. “First, Liberty has developed a reputation of producing high-quality systems. Second, is our industry and application knowledge – the OEMs all have different cutting conditions, parameters and nuances, and we understand that. Third, is Liberty has one of the best after-sales support teams, not just in this industry, but any.”