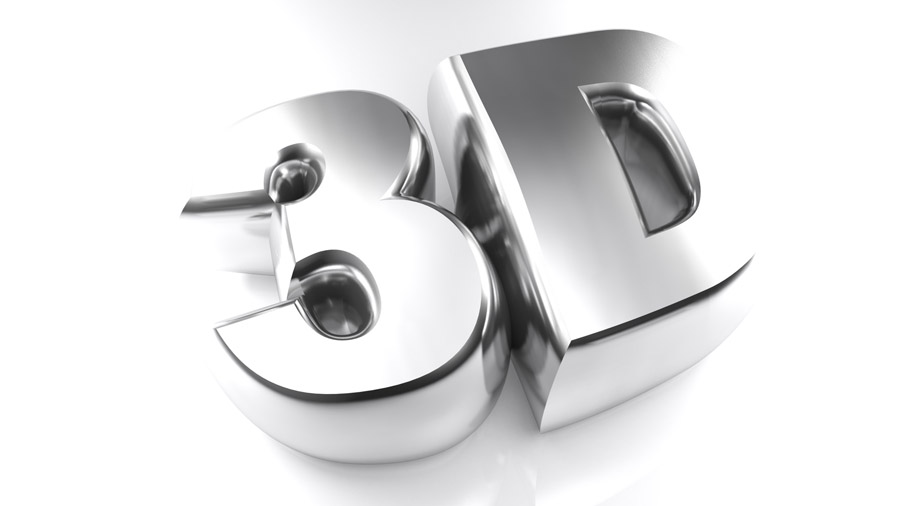 3-D printing began in the early 1990s and the manufacturing industry has been considering new possibilities ever since. For metals, in particular, however, it is a slow, expensive process. But 3-D printers are becoming increasingly advanced and fast enough for manufacturers to use in production. And other technologies are being developed to address the shortcomings of 3-D printing to make it practical for widespread use in manufacturing.

Presented here are four 3-D printing technologies that will further help the process gain its footing and find its place in industry. 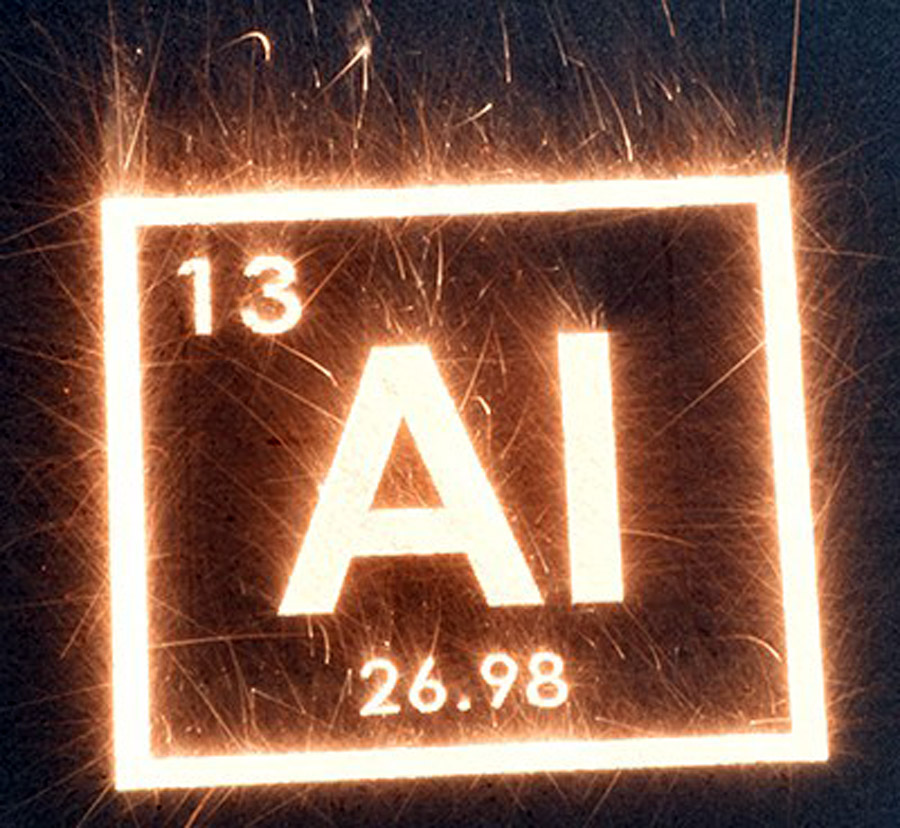 HRL Laboraorties developed a 3-D printing technique for high-strength aluminum alloys, including those of the 6000 and 7000 series.

HRL Laboratories LLC researchers made a revolutionary breakthrough in metallurgy that enables 3-D printing of high-strength aluminum alloys. The technique’s application to other alloys is being explored.

HRL Laboratories is a corporate R&D laboratory owned by The Boeing Co. and General Motors. According to the company website, HRL developed a technique for 3-D printing of high-strength aluminum alloys, including those of the 6000 and 7000 series, which are common in aerospace and automotive applications. These alloys are among thousands that were not previously amenable to 3-D printing. 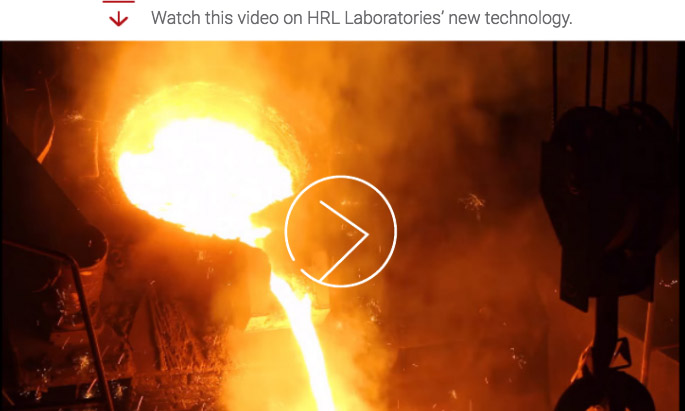 “Out of the thousands of commercially available alloy systems, only a handful, about 10 alloys, can be readily 3-D printed,” said Brennan Yahata, senior development engineer at HRL, in a video included here. “Until now, the higher strength alloys, although very desirable for engineering applications, such as airplane fuselages, had to be fastened by riveting or other methods because they were not weldable. They were also not available for 3-D printing. We’ve developed a methodology that allows us to 3-D print any metal system.”

3-D printing, also known as additive manufacturing, of metals typically begins with alloy powders that are applied in thin layers and heated with a laser or other heat source to melt and solidify the layers. If high-strength unweldable aluminum alloys, such as Al7075 or AL6061 are used, the resulting parts suffer severe hot cracking. This condition means the part can be pulled apart. 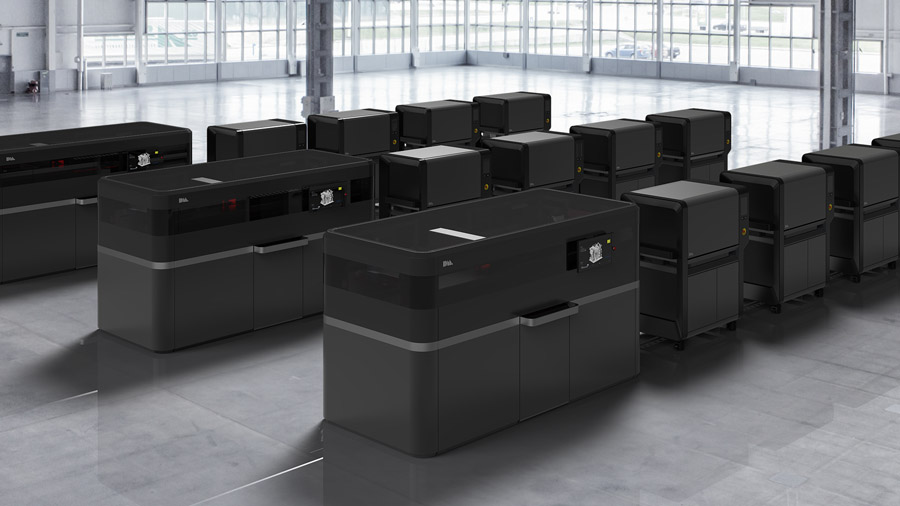 HRL’s nanoparticle functionalization technique solves this problem. The nanoparticle-functionalized powder is fed into a 3-D printer, which layers the powder and laser fuses each layer to construct a 3-D object. During melting and solidification, the nanoparticles act as nucleation sites for the desired alloy microstructure, preventing hot cracking and allowing for retention of full alloy strength in the manufactured part.

Because melting and solidification in additive manufacturing is analogous to welding, HRL’s nanoparticle functionalization can also be used to make unweldable alloys weldable. This technique is also scalable and employs low-cost materials. Conventional alloy powders and nanoparticles produce printer feedstock with nanoparticles distributed uniformly on the surface of the powder grains. 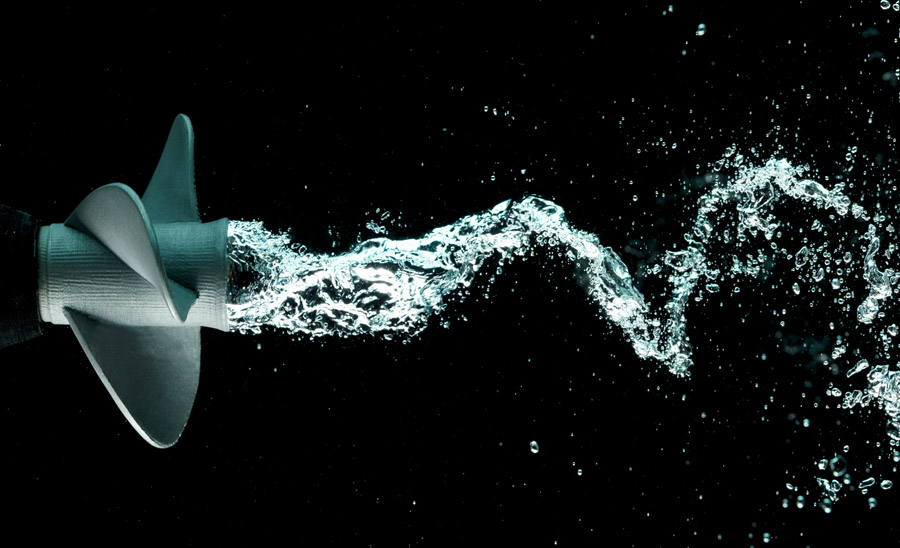 “Additive manufacturing of metal is essentially equivalent to welding,” said Hunter Martin, HRL engineer, in the video. “You are layer by layer, laying each one on top of one another and so that adds the constraint that the metals you put in that equipment generally have to be weldable. So at HRL, we took an unweldable metal and made it weldable so now it can be processed in conventional additive manufacturing equipment.”

The HRL team’s paper, “3-D printing of high-strength aluminum alloys,” was published in the Sept. 21, 2017 issue of Nature. 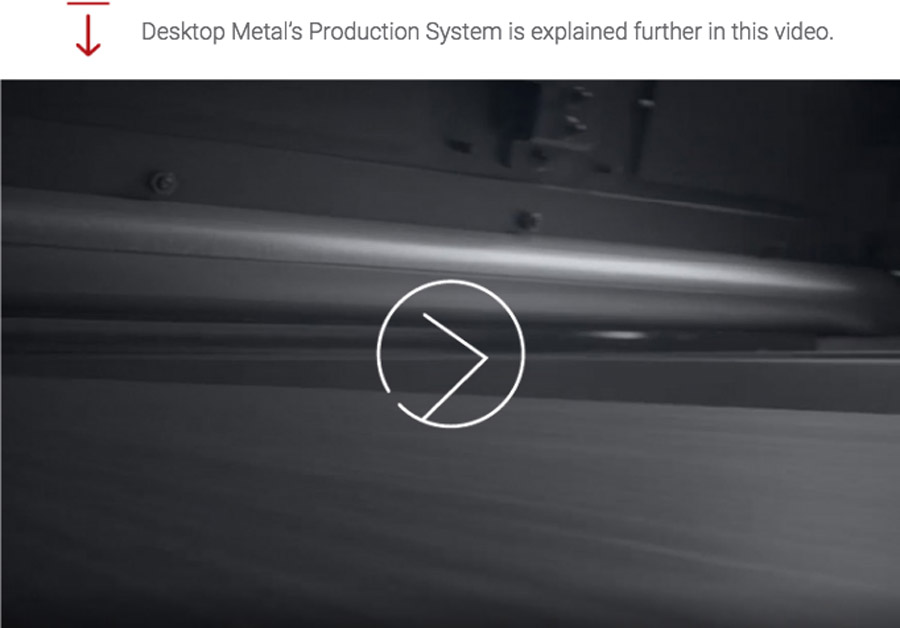 Another 3-D printing breakthrough is from Desktop Metal Inc. Recently, Popular Sciencerecognized the Desktop Metal Production System with its “2017 Best of What’s New” award in the engineering category.

The Production System is the first metal 3-D printing system for mass production of complex metal parts. It arrives in 2018.

GE Additive is creating the world’s largest laser powder additive manufacturing machine that can print aviation parts that are 1 m in diameter.

According to the company’s website, the Production System uses low-cost metal injection molding (MIM) powder to provide high throughput and per-part costs that are up to 20 times lower than laser-based 3-D printing systems, which need expensive powders with precise particle sizes. The powders are bonded together during printing by spray-jetted droplets of a binder solution.

The Production System is up to 100 times faster than a laser-based 3-D printer because it uses a process called Single Pass Jetting. In this process, two full-width print bars containing more than 32,000 jets work in conjunction with powder spreaders to spread powder and print in a single pass across the build area, jetting millions of droplets per second.

The printer successively prints about 1,500 layers, each 50 micrometers thick and deposited in a few seconds, and can build up a 500-cu.-in. part in an hour. The part then goes through a microwave-enhanced sintering process.

Desktop Metal is an engineering-driven startup. Its founders include several MIT professors and Emanuel Sachs, who has patents in 3-D printing dating back to 1989. 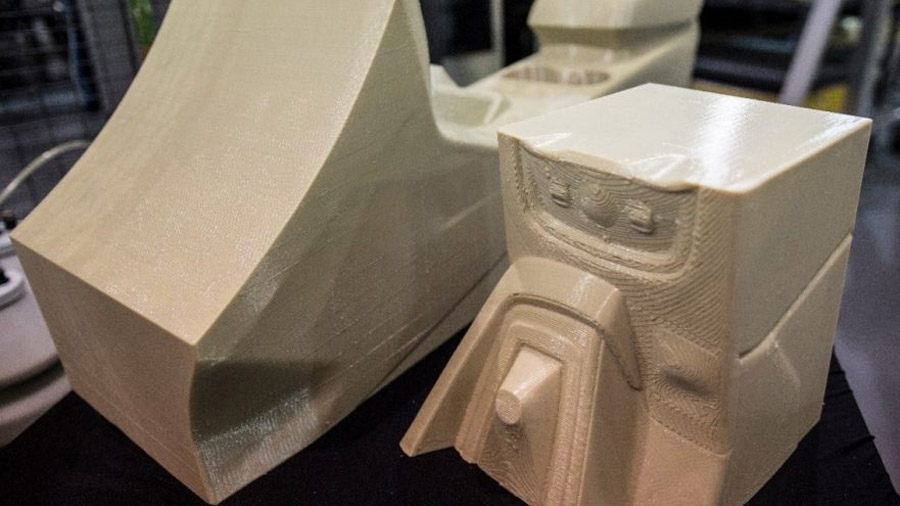 Ford Motor Co. is using the Stratasys Infinite Build to 3-D print automotive parts of practically any shape or length.

GE Additive recently announced it is creating the world’s largest laser powder additive manufacturing machine. Tailored for the aerospace industry, the machine will be able to print in a “build envelope” of 1 meter cubed (1,000 mm by 1,000 mm by 1,000 mm).

“The machine will 3-D print aviation parts that are 1 m in diameter, suitable for making jet engine structural components and parts for single-aisle aircraft,” said Mohammad Ehteshami, vice president and general manager of GE Additive. “The machine will also be applicable for manufacturers in the automotive, power, and oil and gas industries.”

According to the company press release, the initial technology demonstrator machine, called Atlas, is a laser powder machine and will be capable of 3-D printing objects up to 1 m (3.3 ft.) in two dimensions.

In the machine’s production version, the build geometry will be customizable and scalable for an individual customer’s project. Its feature resolution and build-rate speeds will equal or better today’s additive machines. It is also designed to be used with multiple materials, including non-reactive and reactive materials, such as aluminum and titanium. 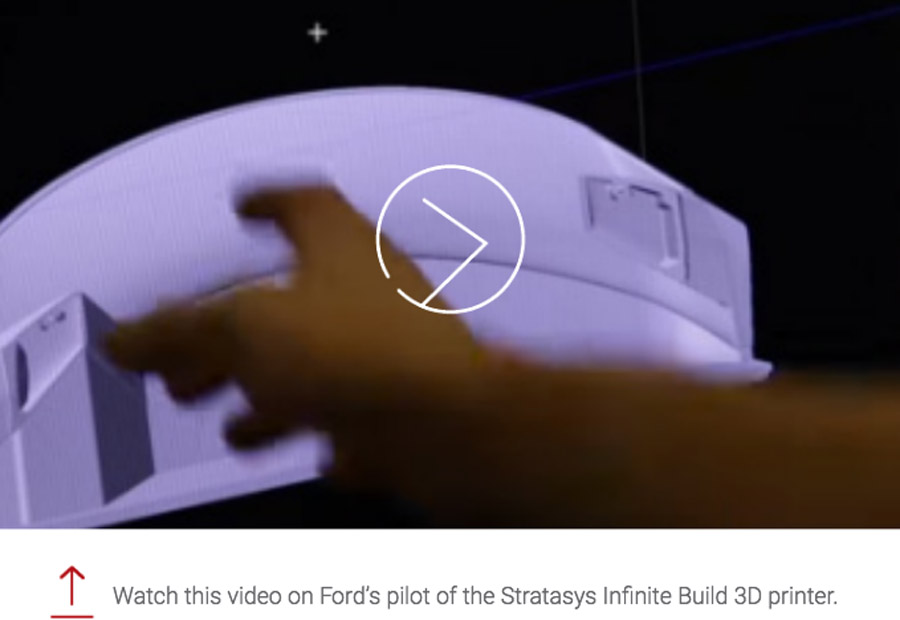 Ford Motor Co. is exploring how large-scale, one-piece auto parts, like spoilers, could be printed for prototyping and future production vehicles using the Stratasys Infinite Build 3D. Ford is the first auto company to trial this technology with Stratasys and is exploring potential applications for future production vehicles. The new 3-D printer system is housed at Ford Research and Innovation Center in Dearborn, Mich.

Capable of printing automotive parts of practically any shape or length, the Stratasys Infinite Build system could be a breakthrough for vehicle manufacturing – providing a more efficient, affordable way to create tooling, prototype parts and components for low-volume vehicles, such as Ford Performance products as well as personalized car parts.

3-D printing could bring immense benefits for automotive production, including the ability to produce lighter weight parts that could lead to greater fuel efficiency. A 3-D-printed spoiler, for instance, may weigh less than half its cast metal counterpart.

The technology is more cost efficient for production of low-volume parts for prototypes and specialized race car components. Additionally, Ford could use 3-D printing to make larger tooling and fixtures, along with personalized components.

Using traditional methods to develop, say, a new intake manifold, an engineer would create a computer model of the part, then have to wait months for prototype tooling to be produced. With 3-D printing technology, Ford can print the intake manifold in a couple of days at a significant cost reduction. 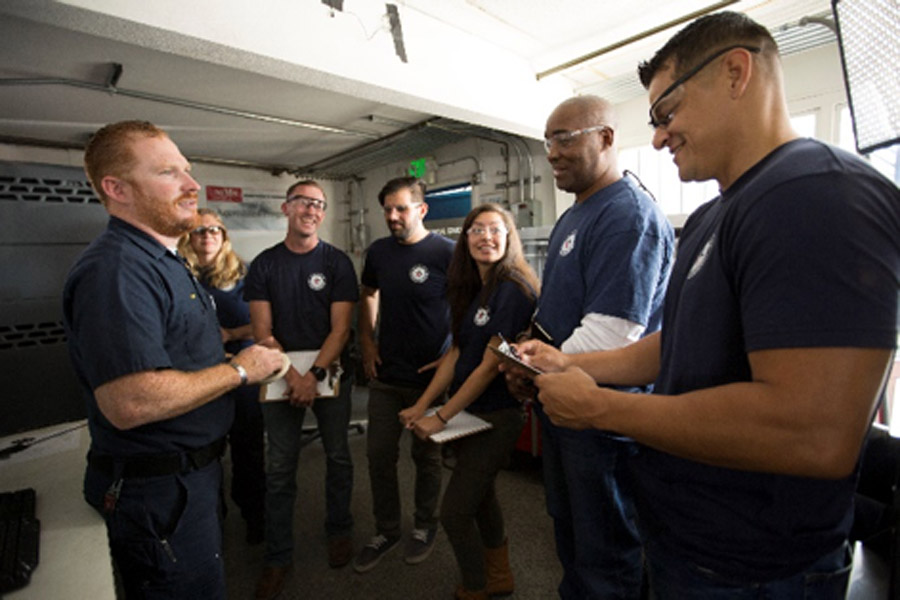 And finally, while it’s not a new technology, 3-D printing is finding a new home at Workshops for Warriors, the training program committed to providing quality, accredited STEM programs and advanced educational opportunities for veterans, ensuring they gain skills necessary to succeed in the workplace. WFW teamed up with Stratasys to unveil advanced manufacturing job re-training and certification initiatives for military veterans by offering new additive manufacturing STEM-accreditation and training.

Enabling former members of the armed services to more effectively contribute across the rapidly evolving manufacturing sector, this 3-D printing accreditation is offered at no cost to qualified students. The educational program is designed to address the market’s skilled labor shortage by allowing newly qualified and certified employees to contribute to America’s resurgent manufacturing sector. 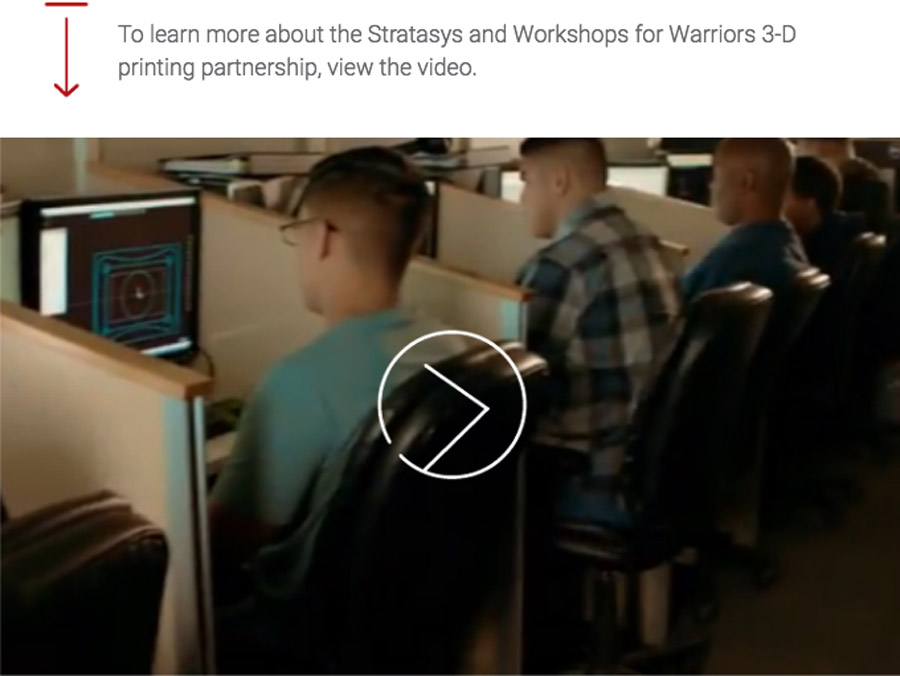 “Today’s manufacturing demands companies move faster and more efficiently than ever before,” said Rich Garrity, president of Americas, Stratasys, in a press release. “Lean processes mandate reduction of both tooling costs and risks as well as removal of design constraints typically hindering productivity. Additive technology is the engine that makes this all possible. We’re honored to partner with Workshops for Warriors, empowering the skilled men and women of the military with the tools necessary to succeed in the thriving manufacturing sector.”

The Stratasys agreement is WFW’s first in additive manufacturing, laying a foundation for future accreditation programs.