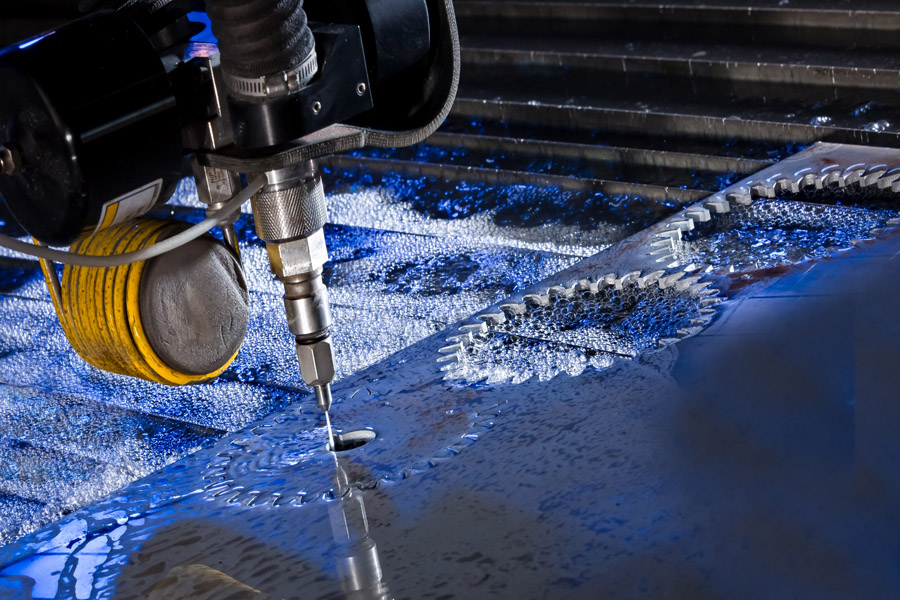 It doesn’t make today’s headlines, but Turkish metalworking goes back 2,000 years or more. And their large machine tool sector goes back over 50 years. Similar to the history of manufacturing in Europe, most manufacturers in Turkey are family owned and operated, which means they pass on knowledge through generations.

“A sound macroeconomic strategy in combination with prudent fiscal policies and major structural reforms in effect since 2002 has integrated the Turkish economy into the globalized world, while transforming the country into one of the major recipients of foreign direct investment in its region,” according to an Economic Outlook Report from ISPAT, Turkey’s Investment Support and Promotion agency. ISPAT promotes Turkey’s investment opportunities and provides assistance to investors. “The Turkish economy has shown remarkable performance with an average annual real GDP growth rate of 5 percent between 2002 and 2012.” 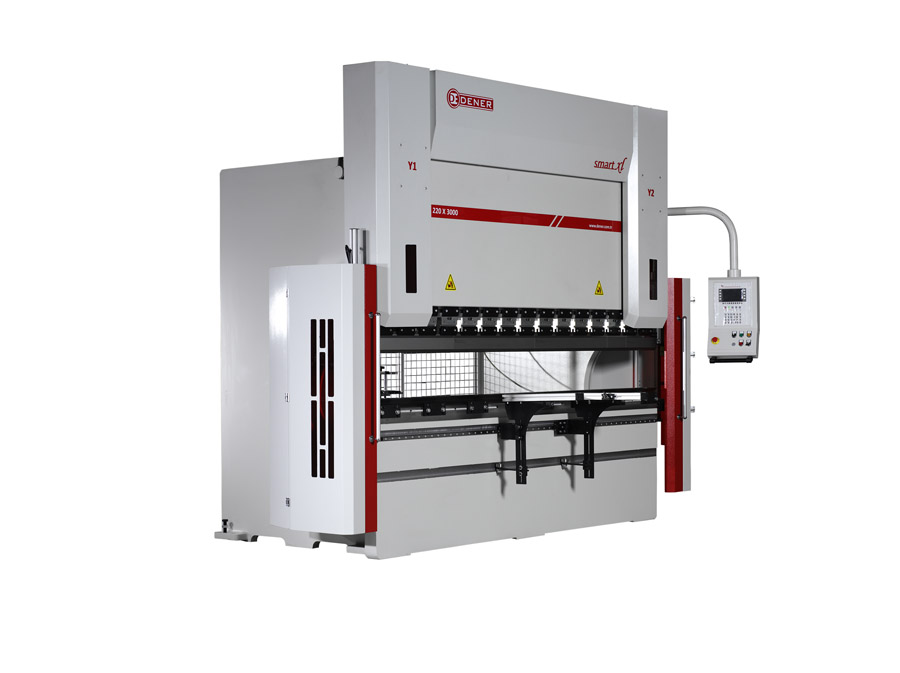 And, according to the Organization for Economic Co-operation and Development (OECD, of which the U.S. is a member), Turkey is expected to be the fastest growing economy of OECD members from 2012 to 2017, with an annual average growth rate of 5.2 percent. Toyota builds 150,000 cars per year in Turkey, for example, and Toyota’s $447 million expansion plan, to produce 250,000 cars, was just approved this month.

“The growth we’ve achieved, both internally at Baykal and in Turkey as a whole, in the past 10 years is proof of what we do,” said Semih Erbek, CEO of Baykal Machinery, Bursa, Turkey. “We work with more than 100 countries around the world, and we compete with what the Germans, Swiss and Japanese have to offer.” 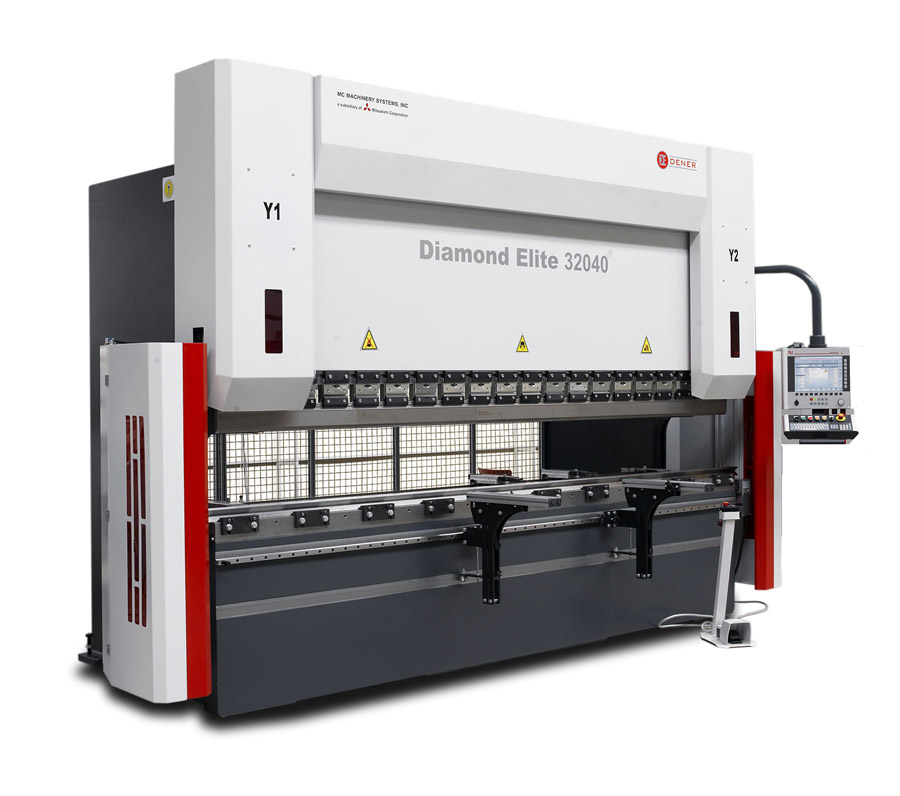 One sector Turkish companies compete in best is heavy-duty applications, such as large press brakes — more than 500 tons for example — for shipbuilding, bridge work, mining, energy, construction and automaking.

Several reasons account for the Turkish machinery industry success. The engineering capability required to compete in a global market combined with Turkey’s reasonable labor costs offer a range of machinery that is high-quality and affordable. 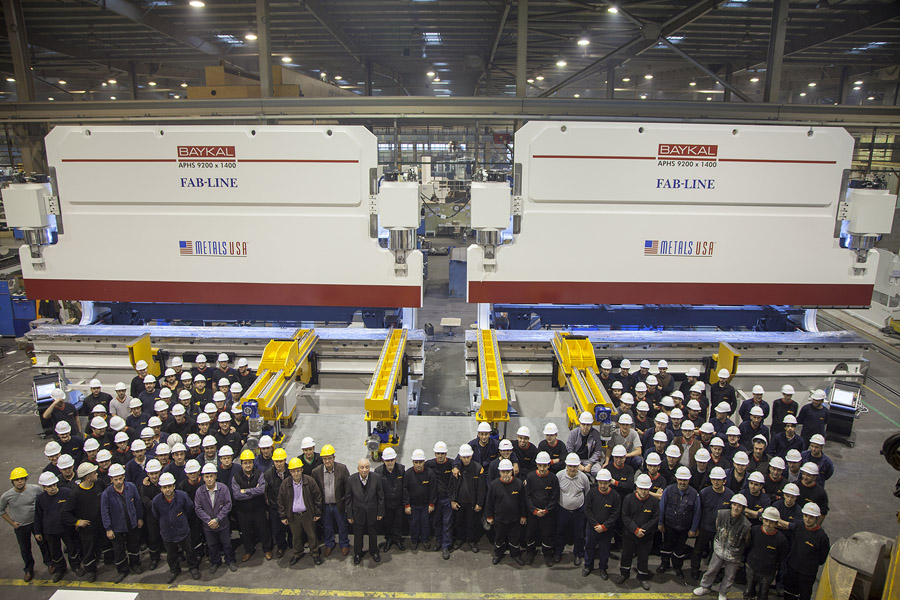 MC Machinery also offers Japanese hybrid and electric press brakes. But, “the Turkish-made line is the lion share of our sales,” Schlachter said. “Customers want a quality, reliable machine at a good price.”

Turkish machinery builders are focusing more resources on R&D. “Five years ago, we had five R&D engineers and now we have more than 50,” said Senol Rodoplu, vice president of sales, Ermak USA Inc. “We are heavily investing in our R&D department and developing features unique to Ermaksan machines.”

And the availability of engineers in Turkey grows every year. “The outlook for Turkey itself is based on a long-term advantage of investing in the people and technology,” he added.

Ermak USA, Elk Grove Village, Ill., has been selling Ermaksan products in North America since the mid-1990s and has more than 800 installed machines.

“Having our own R&D department allows us to develop applications and technology unique to our machines,” Rodoplu said. “We have started developing our own controllers. We also focus on customized features for clients.”

Baykal agrees that R&D is a big part of long-term growth. “We are trying to innovate and be more independent,” CEO Erbek said. “That is a big part of what is missing in our company. So we have invested heavily in software and control design, and we have machine models with our software and control unit. The big control makers (Siemens and Fanuc) are not very active on the sheet metal side. So that is one area we are interested in.”

Also, Baykal will be introducing laser and plasma cutting machines with new features at FABTECH 2015 in Chicago, expanding its U.S. presence.

Baykal has been in business for 65 years, offering press brakes, shearing machines, bending machines, laser cutters and plasma cutters. The company has more than 1,000 installations in the U.S. 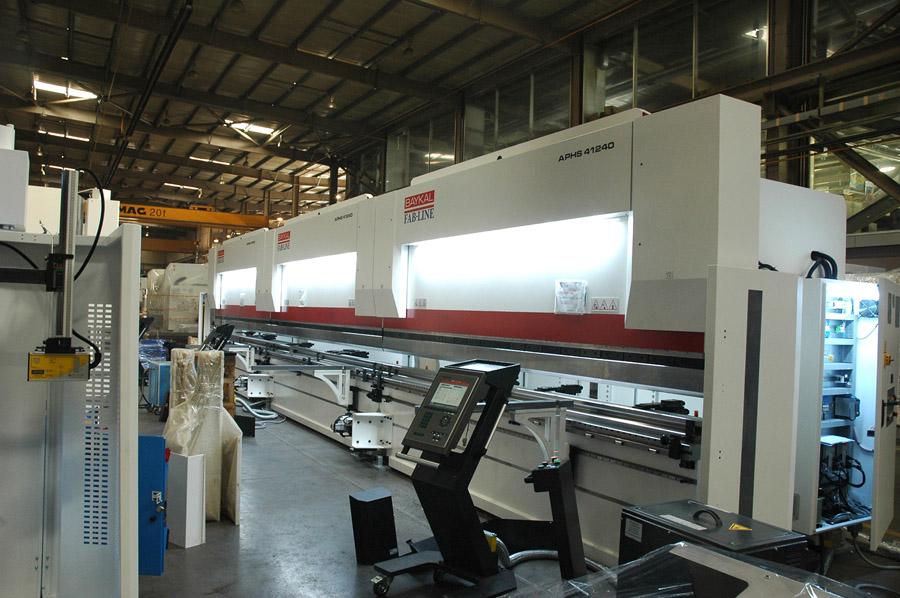 A triplet set of Baykal press brakes located in a Kentucky plant.

The quality of Turkish-made equipment has improved greatly, according to MC Machinery’s Schlachter. “Most machines use Siemens electronics. Other highly respected controls include ESA, Cybelec and Delem.” Most of these controls can channel CAD/CAM code written from an outside provider such as Metamation, Metalix and AutPOL. “This allows the operator to visualize the product at hand in a 3-D environment along with a proofed-out program that doesn’t waste shop floor programming time.”

Sources of steel include Germany, Italy, Romania and mostly Turkey itself. “The steel can be cut and welded without concern. The plate steel carries international S275JR certification, the ST44-2 being the Turkish equivalent, for analyzed mechanical properties,” Schlachter said.

Baykal uses certified ST44-2 steel in building its press brakes. This material has at least a 20 percent higher yield strength than A36 steel, which is also an advantage when it comes to the overall frame strength.

Patrick Canning, president of Fab-Line Machinery, St. Charles, Ill., explained that Baykal is using advanced fabricating methods. After cleaning the material in an automated system, Baykal uses a CNC leveling machine, burns out the components, then puts the material through the level machine again. “When you burn it out, it is no longer flat,” Canning said. “The leveling process normalizes the material. It brings the molecular structure back to the material. When you go to weld it, the material is flat.”

Fab-Line has offered Baykal press brakes since 2006, and it has the largest press brake in the world installed in the United States. Fab-Line offers several engineered products on the press brake side with features such as tandems, triplets and quad-designed machines.

Turkish-made machinery meets the necessary safety and compatibility certifications. “It has to meet the requirements or I can’t sell it in Europe,” Canning said. “In Europe, it is up to the manufacturer of the equipment to protect the worker. In the United States, OSHA standards require the owner to protect the worker.”

Press brakes from Baykal have electrically interlocked safety guarding on the side and rear of the machine. As a standard press brake safety feature, it protects the operator from entering the machine from the rear into the back gauge area and limits anyone from accessing the throat depth area of the press brake. 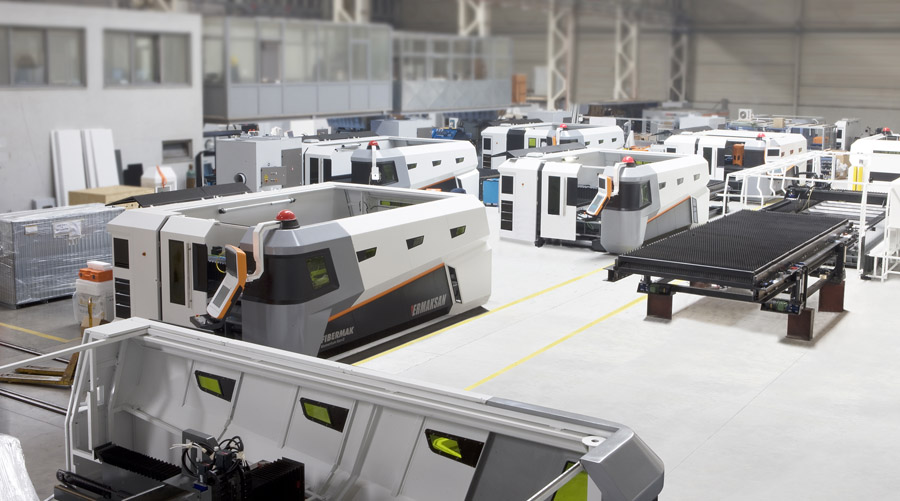 Even with the high quality, Turkish press brakes are affordable for a variety of reasons. One advantage is the low labor rate compared to the United States and Europe. The readily available workforce in Turkey makes it competitive.

Another reason Turkish-made machinery is so affordable is because the builders produce more machines at a time, say 1,500 a year. With that type of quantity, the companies can buy the machine components at a better price. It also helps to have a $1 million dollar boring mill with 65 ft. of travel that can make a 60 ft. single press brake.

“A mill like that also allows you to do four machines at one time,” Canning said, “because you only need one jig and fixture. Baykal has 12 or 13 of these boring mills in its facility so it can make multiples of a lot of machines.”

Baykal also prides itself on understanding the U.S. market. “The U.S. market is very different from Europe and Asia,” Erbek said. “I find the business culture in the United States and Turkey to be very similar. We both react very quickly.”

“Fab-Line is our point dealer in Chicago and Tennessee and we go through their distributors located in other states,” Erbek said. “Delivery is not a problem. We are trying to become a responsible name in the United States. We never sell more machines than we can support.”