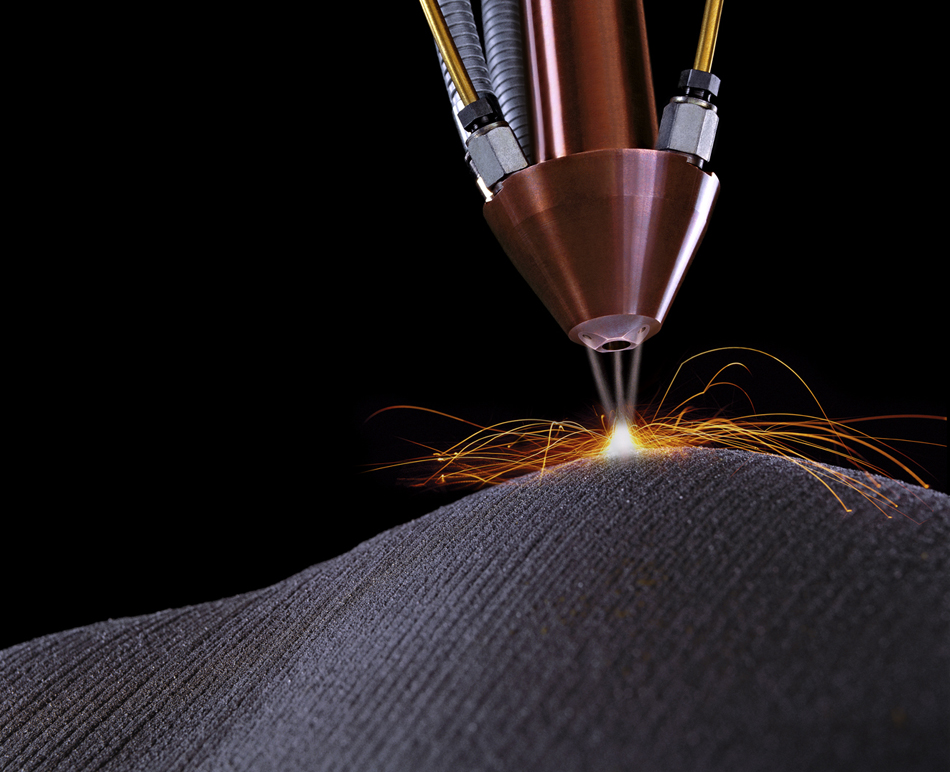 As a boy, I remember being fascinated when my father, a veteran editor of manufacturing trade journals, first told me that lasers could be used to cut things, including metal. My young mind instantly conjured up images of sci-fi laser guns and Star Wars lightsabers.
But as I held the optic lenses he had brought home, he explained that it wasn’t quite like those imagination-charged items. At that age, I registered only disappointment when I realized my science fiction dreams weren’t true.
Now, as an adult writing about manufacturing technology, I’ve gained an appreciation of real laser cutting technology. It might not be a fantastic weapon wielded by Jedis, but it’s amazing nonetheless, and has helped manufacturers to make great strides in productivity.

Laser cutting has also changed over the past several decades. First there were CO2 lasers. These reigned supreme for a few decades, until a newcomer entered the scene in the form of fiber lasers.

Both CO2 lasers and fiber lasers have their advantages and disadvantages – CO2 is often seen as an all-purpose laser, but sometimes lacks in speed, while fiber is generally faster, yet hits barrier when cutting thicker materials. Only recently has the industry seen fiber lasers begin to catch up to CO2 in terms of material thicknesses (see our March 2014 article, “The Next Leap in Fiber Laser Cutting”).
And now, OEMs are working toward the next generation of laser cutting systems using a new type of laser called a direct-diode laser. However, there is only one direct-diode laser currently available that it is actually capable of cutting steel. For now, most diode laser systems are used in operations such as heat treating and cladding.

Asked to explain what exactly diode lasers are, Frank Gaebler, Senior Product Marketing Manager for CO2 Lasers at Coherent, Inc., says, “You’ve probably got one sitting within a few feet from you now, if you’ve got a computer with a CD, DVD or Blu-Ray player.
“It’s a semiconductor device that, under the right conditions, emits laser light, rather than incoherent light like an LED would, meaning it can be focused to a much tighter spot.”

Gaebler goes on to say that the bottom line is that direct-diode lasers are very electrically efficient.
“For the amount of electricity you put in, you get out a fair amount of optical power,” he elaborates. “That’s in contrast to most other types of lasers where you might only get a few percent conversion efficiency — you put in a lot of power, and you get a fairly small amount of light.”

Tracey Ryba, Product Manager for Lasers at TRUMPF North America, explains what makes diode lasers so different.
“No matter which laser technology you’re talking about, they have the same three components: the active medium, the excitation and the optical cavity,” he says. “Typically, over the past 10 years, diodes have been used to pump the fiber or disk laser, but as the technology has changed, we’ve seen an explosion of diode technology in the beam quality, or the diode brightness. This has improved dramatically, so we’re now able to actually take those pump diodes and couple them right into the fibers. This way, you’re not actively pumping the medium anymore.

“With CO2, you’re using electricity to pump the gas; with fiber and disk, you’re using diodes to pump; and now we’re able to actually take that diode that was pumping those mediums, take the diode light itself, and combine it directly into the fiber and deliver it to the work piece. That’s really what the evolution of diode technology has been over the past five or seven years; it has changed the landscape.” In other words, direct-diode lasers cut out the middleman, and by so doing, they offer much higher rates of efficiency.

Currently, the main applications of direct-diode lasers are heat treating and cladding, and for both of these processes, direct-diode lasers are extremely useful. Given their unique properties, they allow users to selectively heat whatever material with which they’re working.
Gaebler gives an example for heat treating. “You can heat a gear tooth, a tool edge or something similar with this laser beam, and it only heats up those first few microns, especially because it’s absorbed relatively well. You don’t distort the part, and the other thing is that, because you’re heating it so selectively, as soon as you turn the laser off, the air generally quenches it. You generally don’t require any kind of an active quench. You’ve eliminated all those extra steps. It’s blasted with a laser, it hardens exactly the spot that you want, and nothing else, and boom, you’re done. In general, there is minimal or no post processing required. That’s the huge advantage.”

Given all the advantages of diode lasers, one might wonder why they’re not yet used for cutting sheet metal. The answer is that, in almost all cases, direct-diode lasers aren’t able to produce the brightness necessary for cutting operations.

“Everybody’s working on that as the ultimate goal. Not just TRUMPF, but all the companies,” says Ryba. “We’re already able to do it in a lab-type of environment, so now it’s just getting that to the industrial level. The technology has improved in getting higher brightness out of diodes. That technology changes every year, and as the technology evolves, we will bring it to the marketplace.”
Ryba predicts that job shops could see direct-diode lasers capable of cutting steel on the market within the next five years. It might even happen much sooner, but, in any case, the next several years are going to be very interesting for laser cutting technology, and the landscape is about to be revolutionized.

In fact, FAB Shop Magazine Direct is currently scrutinizing a breaking new development in direct-diode laser technology that has just been released. It promises commercial diode lasers capable of cutting steel, and it will likely start to spread out in the market soon. We expect to have the details for you in a future issue of our about-to-be-released sister publication, Shop Floor Lasers.