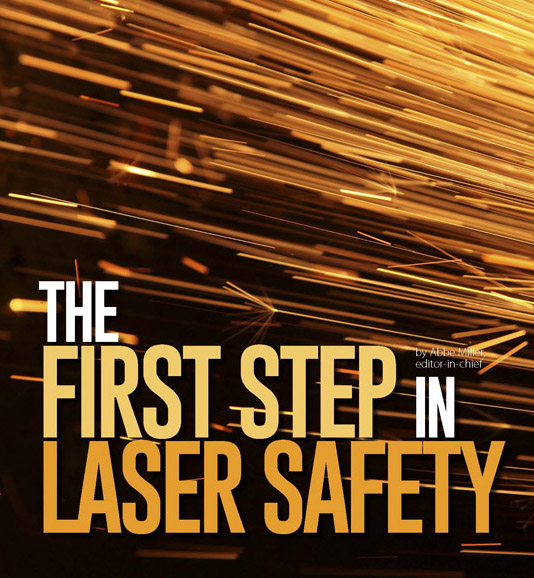 Ask the owner of almost any company what he or she regards as the business’s greatest asset and chances are, they won’t say it’s the expensive equipment, the real estate it’s housed in or even the brand recognition that has been developed over the years. More often than not – and regardless of the size of the business – an owner is likely to say that the people are the organization’s most precious resource.

Without prompting, most business owners will most likely follow up their statement by saying that their employees aren’t just an asset. They’re family.

So to protect that No. 1 asset – those family members – businesses put a focus on safety in their facilities. They put plans and procedures in place according to the regulations produced by OSHA and they make major efforts to stay in compliance. When industrial lasers are involved, however, business must take an additional step in safety and implement a separate, dedicated laser safety program. Due to industrial lasers’ high power and potential for harm, it’s an essential measure to take.

But because all lasers were not created equal, the first step in implementing a laser safety program is understanding what classification a laser falls under. According to the Laser Institute of America, the authority on the safe use of lasers since 1968, researchers and scientists in laser technology have established safe exposure limits for nearly all types of laser radiation.

Thanks to years of laser use in laboratories and manufacturing settings, these researchers and scientists were able to develop a system of laser hazard categories or classifications. By doing so, the operators of laser equipment are able to rely on standardized safety measures to reduce or eliminate accidents.

“Lasers are classified according to the hazard that they pose to the eye and skin,” says Gus Anibarro, education director for LIA. “So the first thing we should do when we get a laser is to identify the hazard class of the laser or laser system. The hazard class will tell us what kind of hazard control measure that we have to implement to keep our employees safe. For example, a laser classified as Class 4 will require management to appoint a person to be the laser safety officer if they wish to comply with the American National Standard for the Safe Use of Lasers.”

That ANSI standard, Z136.1, is the parent standard for the full range of laser safety guidances, including the Z136.9 standard regulating laser use in manufacturing environments. (View all the ANSI laser safety standards at www.lia.org/publications/ansi.)

As Anibarro had alluded to, some classes of lasers require the appointment of a laser safety officer. Others don’t. Likewise, some classes of lasers dictate that certain types of safety equipment must be used while others do not. Therefore, it’s easy to understand that identifying the laser class should come first – making safety equipment purchases will then follow accordingly.

To identify the laser class, the following is a brief description of the four primary categories of lasers, courtesy of the LIA. In future articles, we – with the help of the LIA – will outline the next steps in establishing a laser safety program, which will include how to appoint a laser safety officer and what equipment is necessary to keep employees safe from harm. 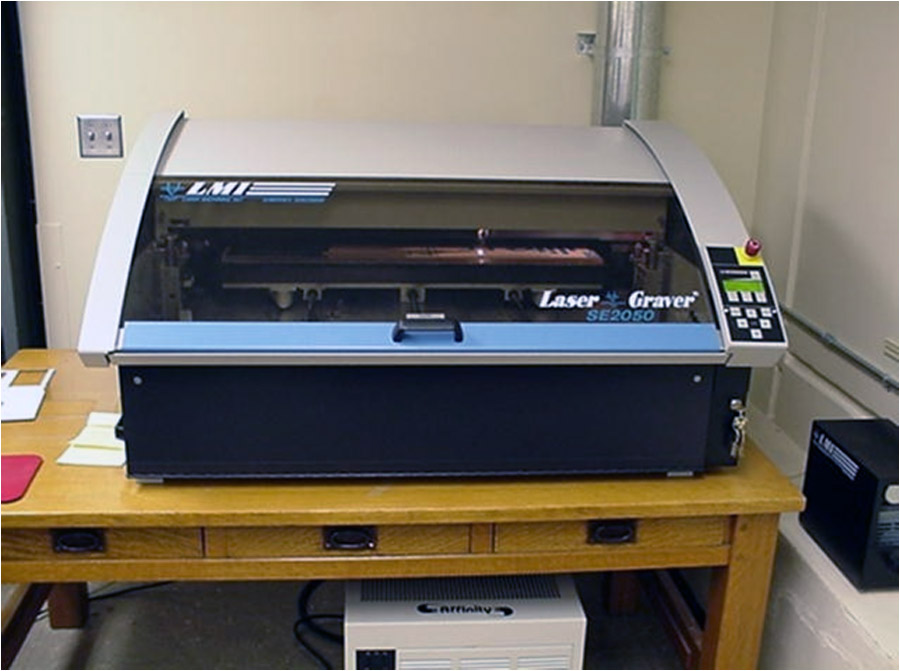 A Class 1 laser system is considered to be incapable of producing damaging radiation levels during operation and is exempt from any control measures or other forms of surveillance. Although some Class 1 lasers emit very weak, non-hazardous beams, most Class 1 laser systems incorporate “embedded” higher-power lasers, which can be accessed only if important safety features, such as interlocks, are defeated or deliberately bypassed as is sometimes done during servicing. In this case, the system temporarily reverts back to the original laser classification (requiring special safety procedures).

A Class 1M laser system is considered to be incapable of producing hazardous exposure conditions during normal operation unless the beam is viewed with an optical instrument, such as an eye-loupe (diverging beam) or a telescope (collimated beam), and is exempt from any control measures other than to prevent potentially hazardous optically aided viewing; and is exempt from other forms of surveillance.

There are several examples of Class 1 lasers that can be found in the home or office, like laser printers, CD players and CD ROM devices. At the workplace, however, Class 1 lasers could include geological survey equipment and laboratory analytical equipment.

Note: Products which have been previously classified as Class 2a should be treated the same as Class 1. 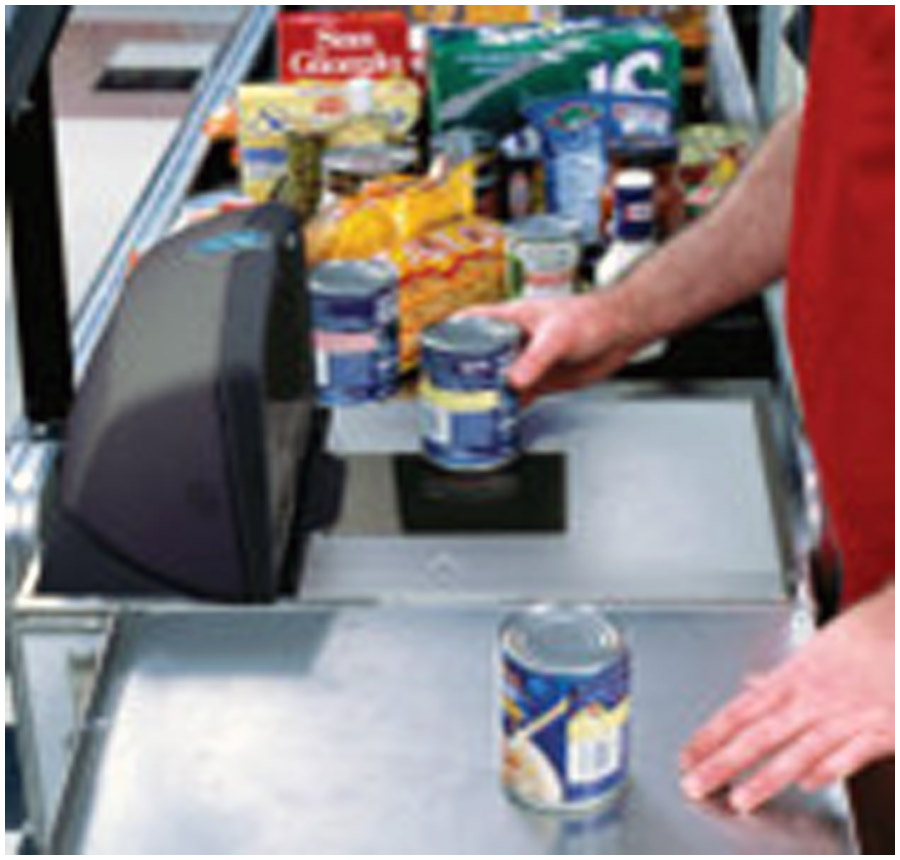 A Class 2 laser system emits in the visible portion of the spectrum (400 to 700 nm), and eye protection is normally afforded by the human aversion response, which is 0.25 second.

A Class 2M laser system also emits in the visible portion of the spectrum (400 to 700 nm), and likewise, eye protection with these lasers is normally afforded by the human aversion response for unaided viewing. However, Class 2M is potentially hazardous if viewed with certain optical aids.

A few examples of Class 2 lasers include bar code scanners, laser pointers, aiming devices and range finding equipment, as defined by a Laser Safety Fact Sheet published by the University of Kentucky. 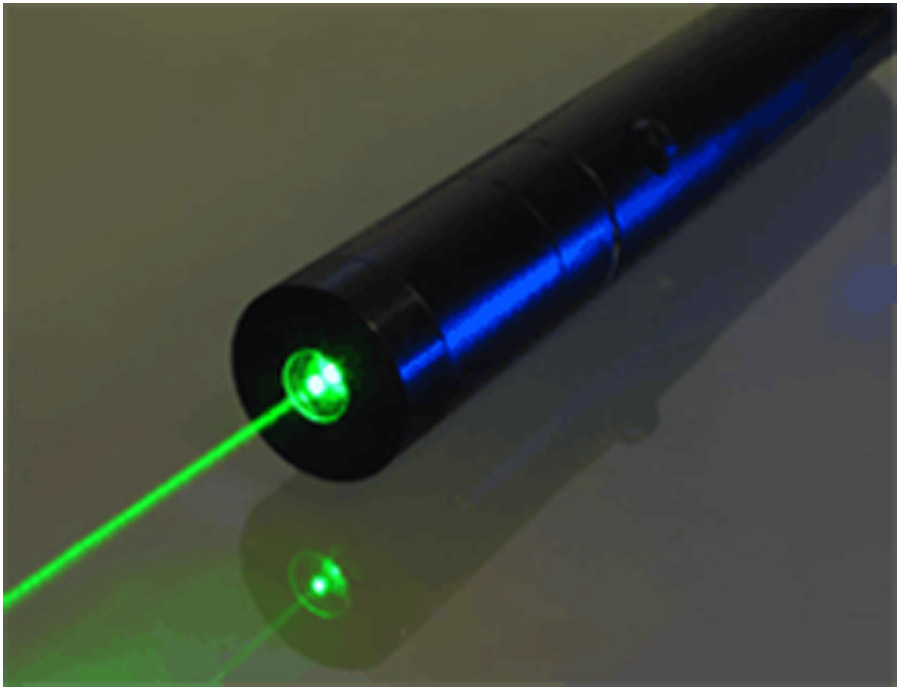 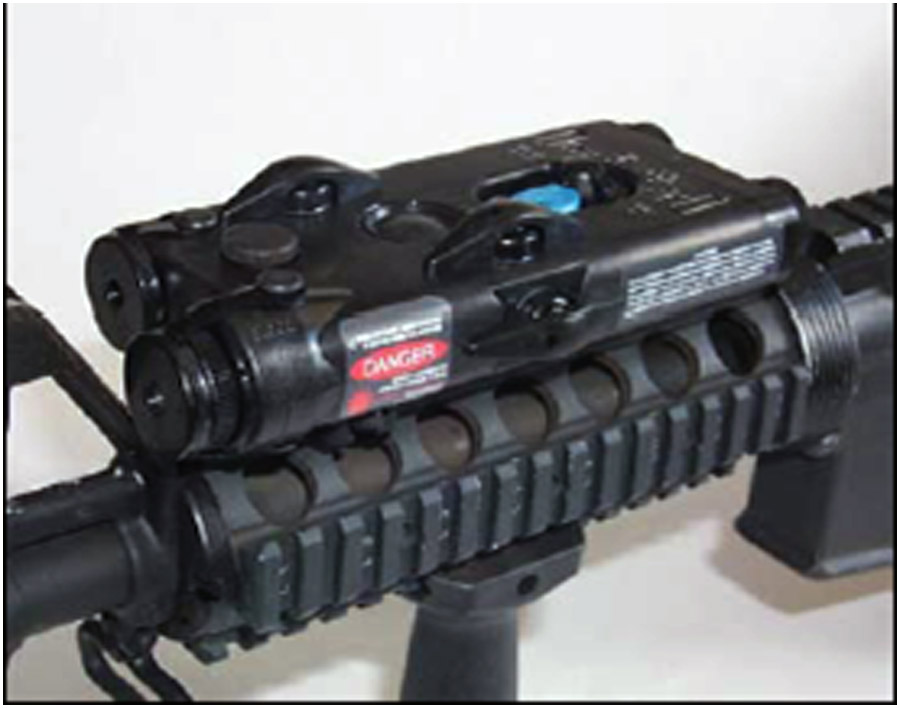 Laser scanners, like those found at most grocery store and department store checkouts, are a good example of a Class 2 laser. And although some laser pointers also fall under the Class 2 group, others can be considered Class 3R. A few examples of Class 3B lasers include those used for spectrometry, stereolithography and entertainment light shows, also according to the University of Kentucky.

Note: Products which have been previously classified as Class 3A should be treated the same as Class 3R.

A Class 4 laser system is a hazard to the eye and skin from the direct beam, may pose a diffuse reflection or fire hazard, and may also produce laser generated air-born contaminants and hazardous plasma radiation.

For the readers of Shop Floor Lasers, the obvious example of a Class 4 laser is, of course, a laser that’s used to cut metal. Unsurprisingly, Class 4 lasers are often found in manufacturing and fabricating settings, facilitating welding and micromachining operations. Examples found outside of the shop room floor could include those used for surgery, research and drilling. 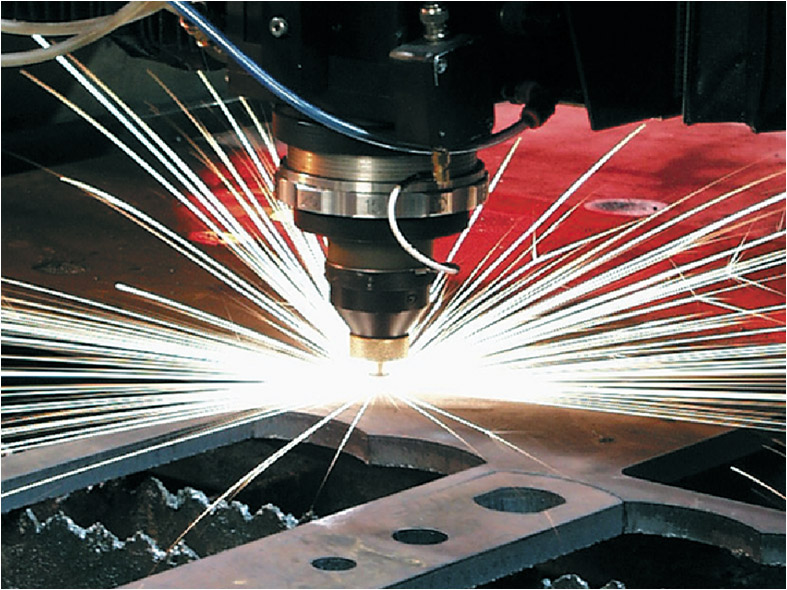 According to the LIA, the manufacturer of lasers and laser products is required to certify that the laser is designated as one of the four general classes, or risk categories, and they must label it accordingly. Luckily, there’s a standardized way of labeling laser equipment – and according to Anibarro, it should be easy to find.

“According to the Food and Drug Administration’s Center for Devices and Radiological Health, all lasers manufactured or imported into the USA must be classified according to a hazard class, and must be labeled appropriately,” Anibarro explains. “The hazard class label must be placed on the equipment where it can be readily seen and must be included in the information that comes with the laser, such as an operator’s manual or user’s manual.”

As the go-to source for information on laser applications and safety, it was nearly inevitable that the LIA would form a formal relationship with OSHA. So in 2005, the two organizations enacted an alliance to further provide organizations with guidance and access to training to help them protect their employees’ health and safety.

The alliance also facilitates speaking opportunities where OSHA and the LIA can relay important safety information. Communicating and sharing their joined expertise is a major focus for the two organizations, and business owners can take advantage through access to print and electronic media found on the LIA website as well as the OSHA website.