Safety catcher on a press.

Catastrophic press failures caused by power loss or pump failure on a press or other metal forming machine can cost thousands of dollars in lost production time and die replacement costs, and put workers at risk of injury.

European standards also focus on safeguarding the presses themselves from expensive damage to the press or dies. The European Committee for Standardization (CEN) developed the EN 693 Machine Tools Safety Hydraulic Presses standard, which states, in part: “Where there is a risk … from a gravity fall of the slide/ram a mechanical restraint device, e.g. a scotch, shall be provided to be inserted in the press … On presses with an opening stroke length of more than 500mm and a depth of table of more than 800mm, the device shall be permanently fixed and integrated with the press.” A similar CSA Standard (Z142-02) exists in Canada.

Some presses, however, only have a ratchet bar, locking bolt or latch standing between them and a catastrophic crash, if hydraulic or pneumatic pressure is suddenly lost or the lifting mechanism experiences a mechanical breakage. When functioning properly, the ratchet system, which usually runs the length of the press stroke, does an adequate job of arresting the fall of the ram and preventing a catastrophic crash. A spring latch will automatically extend to engage the teeth of the ratchet at some point before a crash can occur.

Unfortunately, the ratchet is a wear part that can begin to exhibit signs of wear after hundreds or thousands of press cycles. These defects can begin to exhibit signs of wear that are difficult to visually detect, and probably cannot be heard even by experienced operators. Over time, the ratchet teeth, spring and latch begin to wear because the spring latch does makes contact, even though it doesn’t engage with the teeth on the upstroke of the ram every time the ram is raised for the next part. The ratchet, and even the end of the spring latch, can wear to the point where a fall cannot be prevented.

In addition, locking bolts and latches often operate only at the top of the stroke, and ratchet bars operate at fixed interval positions. Consequently, the ram must often be retracted to its full stroke position for each part, despite the fact that the part requires only a short opening stroke. This can add non-productive time to the cycle.

A device that satisfies the requirements of the CEN and CSA safety standards is the Sitema Safety Catcher. If hydraulic or pneumatic system pressure fails, or if a rope, chain, belt, or toothed drive breaks, the add-on device prevents the load from crashing down at any position of the descent. In addition, the system is “self-intensifying,” so that, as downward force increases, so too does the Safety Catcher’s clamping force. 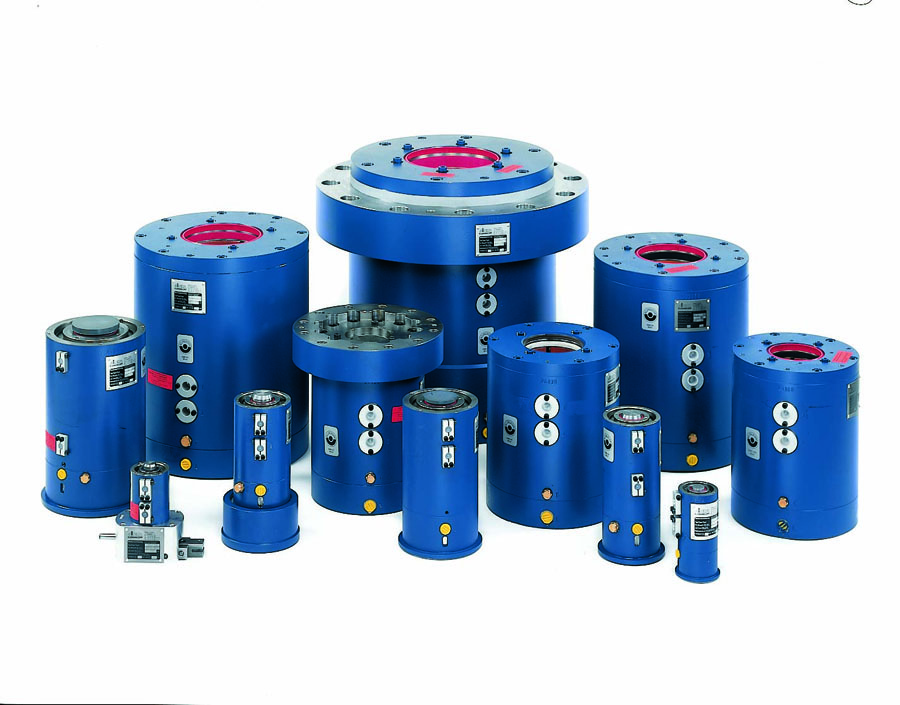 Here’s how it works:

A cylinder rod is mounted to the top of the platen extending through the press crown and the Sitema safety catcher housing. The safety catcher housing is securely fixed to the machine crown/frame and surrounds the rod that is free to move during normal operation. Wedge shaped clamping jaws inside the housing are held with hydraulic or pneumatic pressure to keep the wedges in position so that the rod can move freely.

The Safety Catcher activates when hydraulic or pneumatic pressure is lost or released. A spring causes the clamping jaws to firmly contact the rod. As a result, any downward movement of the rod initiates the “self-intensification” feature securing the load.

If needed, the energy of the falling or sinking load is used to apply additional clamping force. In other words, self-intensifying friction created between the clamping jaws and the cylinder rod draws the jaws into their maximum clamping position after a few millimeters of movement.

When hydraulic or pneumatic pressure is restored in conjunction with the equivalent reverse movement of the rod, the clamping wedges release, making the Sitema Safety Catcher inherently failsafe. 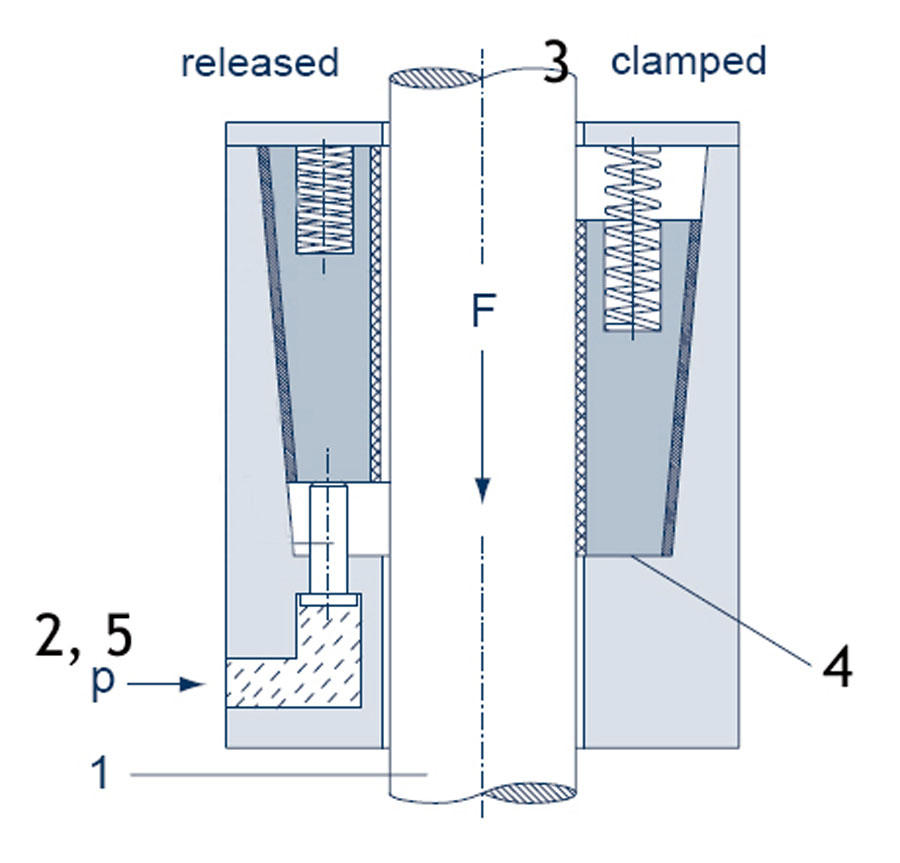 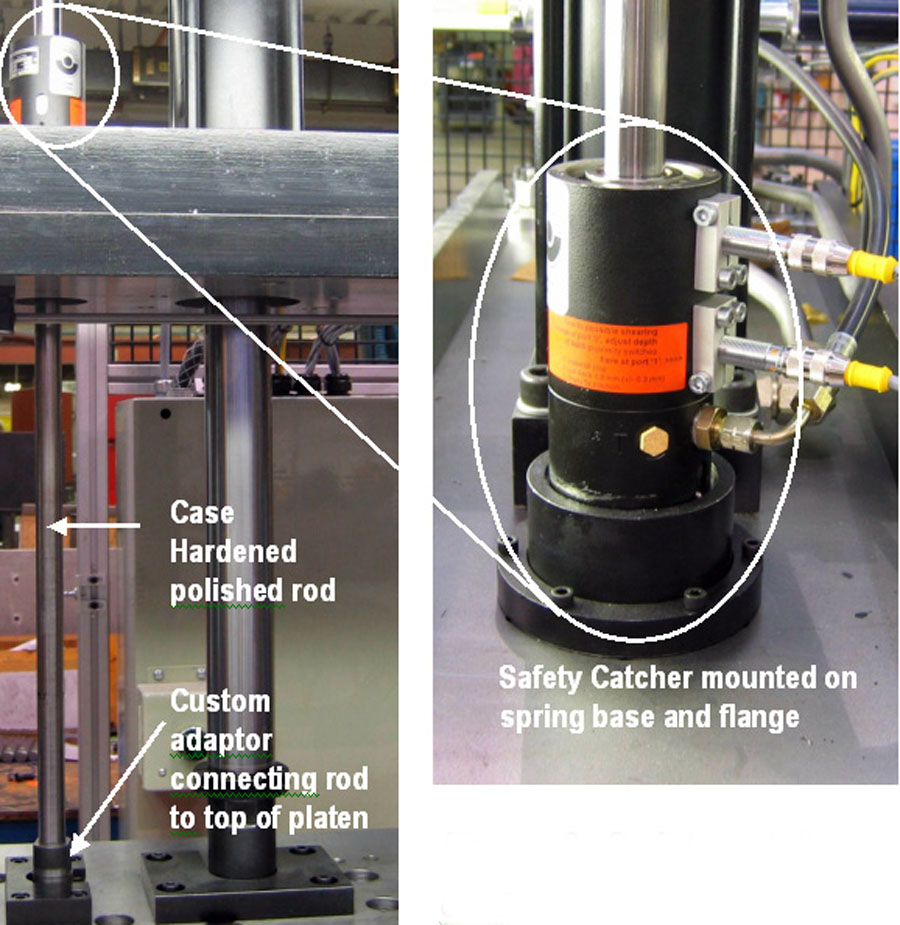