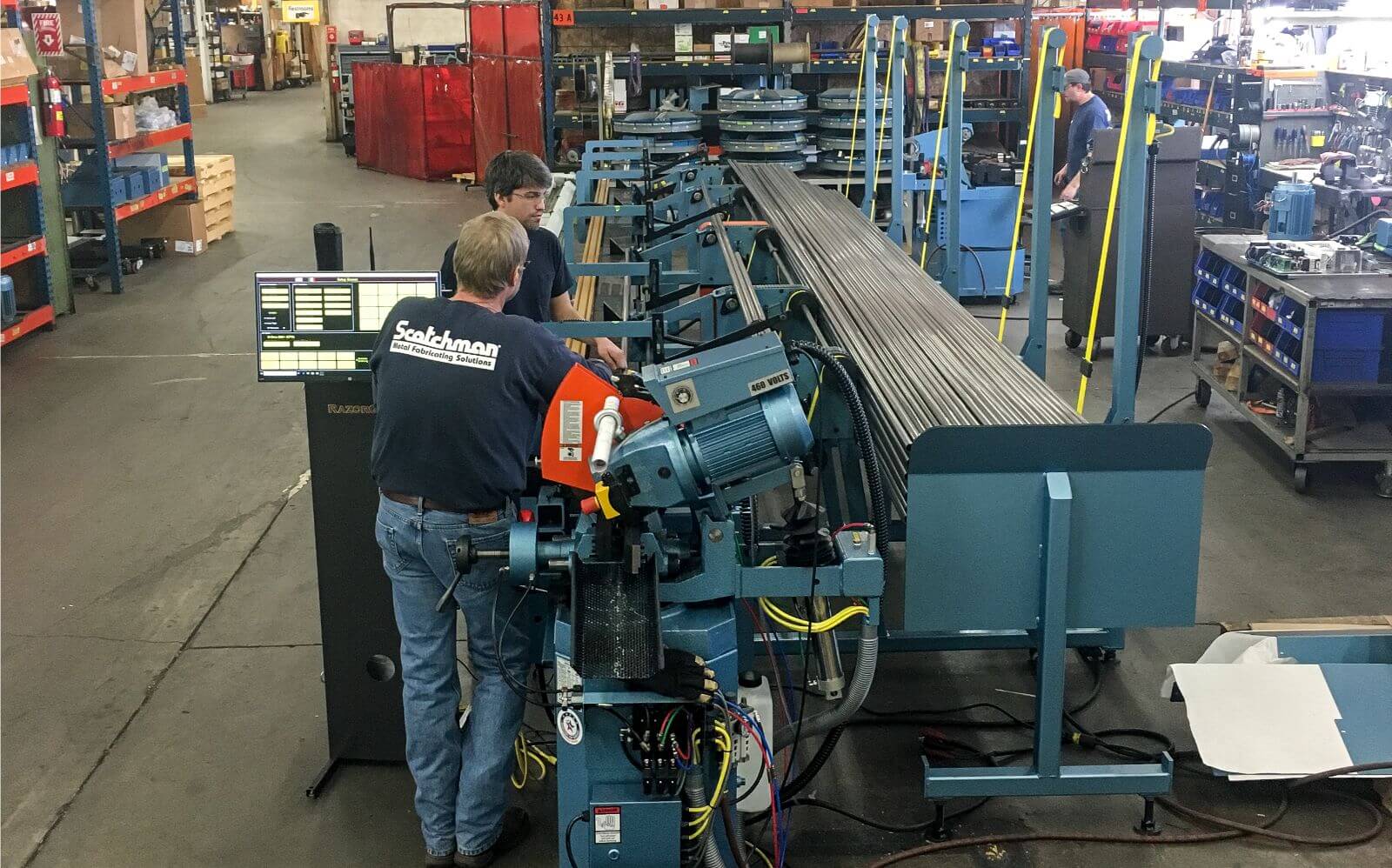 The 2018 skills gap study put together by Deloitte and the Manufacturing Institute lays out a fairly clear picture: Automation is well on its way to being the new norm in manufacturing. As of August 2018, there were 508,000 open manufacturing jobs in the United States, but over the next decade, as more baby boomers exit the workforce and as more jobs are naturally created based on company growth, the number of unfilled jobs could climb to as high as 2.4 million. Manufacturers that don’t embrace new technology now or in the near future are going to have a rough decade ahead of them.

“While the job gains are a positive indication that the industry continues to recover from the Great Recession and reflect strong production levels,” the report reads, “it also means that finding talent with the right skills to fill the open jobs could reach crisis proportions.”

The impact of the skills gap has been widely reported, and in the midst of it, sawing machine and equipment manufacturers have been innovating in various ways to address the ongoing challenge. They have improved their software to make it easier for saw operators to jump in on day one and process raw materials, and they’ve developed new material handling solutions that can help bypass the need for added labor.

“Companies are looking for increased automation,” says Scott Olivier, cold saw product manager at Scotchman Industries Inc. To help those companies overcome the skills gap, Scotchman is doing its part by introducing an automated material loading solution, which has been added to one of its top-selling products, the CPO 350 PKPD variable-speed cold saw.

The combined system, called the CPO 350 AutoLoader, addresses the challenges presented by the skills gap, but it also goes above and beyond those needs. The system saves fabricators valuable time, reduces their scrap rates and eliminates costly mistakes.

The CPO 350 AutoLoader comes standard with a magazine loader and combines three of the company’s time-tested technologies into one product: the trusted CPO 350 PKPD cold saw, the durable material supply tracks from Scotchman’s Roller Feed Automatic (RFA) saw and the precise measuring technology used in the company’s measuring and material loading systems. Also referred to as a supply track, the AutoLoader comes in two sizes, 12 ft. or 24 ft.

“Operators don’t have to load each new piece of raw stock,” Olivier says of the supply tracks’ advantage. “They can put X amount of material onto the loader and when it is finished cutting each piece of stock, it automatically loads the next one without having an operator assist it.” Another aspect that adds to the value of the system is its trimming feature. Scotchman’s software accounts for a trim cut from the beginning of each new piece of material. Because the raw materials manufacturers receive from steel service centers often have subpar cuts, a trim cut ensures each part cut thereafter is accurate.

Olivier says typical material being cut on the system includes mild steel, stainless steel and aluminum – “anything you can run through a cold saw, you can run through this.” He notes that for manufacturers processing aluminum, the system is built using Scotchman’s nonferrous CPO 350 saw, which runs at higher speeds and uses a carbide-tipped blade.

For manufacturers processing bundled materials, Scotchman offers a new addition to the automated loading system: an optional bundle loader. It’s a welcome addition for operators seeking to process a high volume of material without interruption and with less labor. It can handle bundled materials up to 20 in. in diameter and hefty loads up to 6,600 lbs.

“You can use the bundle loader to automatically align the material and load it into the inclined table to feed through the saw,” Olivier says.

Scotchman’s CPO 350 cold saw comes standard with a lubricant spray system, but for manufacturers cutting heavier material, an optional flood lubricant system is also available.
“If you’re doing thin-walled tubing and smaller diameters, the mist coolant just sprays a little bit of mist every time the saw blade makes a cut through the material, so you have a fine mist of coolant,” he says. “The flood coolant comes in handy when you’re cutting heavy-walled pipe or solids.”

“It optimizes material usage automatically in auto mode, so you always get the best yield from each of your stock lengths, eliminating wasted material.”
Scott Olivier, cold saw product manager, Scotchman Industries Inc.

The spring-return tape measure has been in the hands of manufacturers since 1868, but even in the hands of skilled laborers, mistakes can be made. “The CPO 350 AutoLoader eliminates human error by taking the tape measure out of their hands,” Olivier says. “It also removes a lot of the strenuous material handling work involved with each cutting job, so you can get the job done safer with less labor. With the rising price of materials, mistakes can be costly – the AutoLoader, however, feeds material precisely, so you don’t have scrap material and waste from measuring something wrong.”

Manual entry almost always opens the door for mistakes, which is why Scotchman’s system allows operators to use a jump drive or a digital connection to an office computer to download approved and accurate cut lists directly to the sawing system. And thanks to the AutoLoader’s Windows-based software, raw material can be optimized to produce the maximum possible amount of parts.

“It optimizes material usage automatically in auto mode,” Olivier says, adding that there is also a semi-automatic mode for processing smaller cut lists or making miter cuts, “so you always get the best yield from each of your stock lengths, eliminating wasted material.” 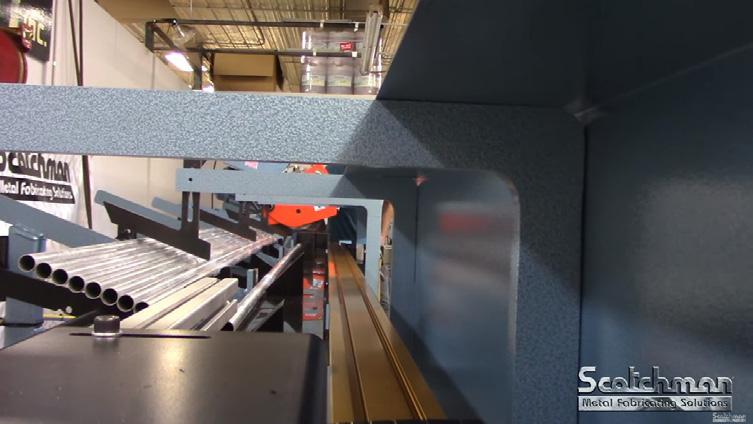 For processing varying types of metals, such as aluminum, the CPO 350 cold saw has various settings that can quickly be adjusted – in around a minute or less. This includes downfeed flow control for adjusting the blade speed as it goes through the material, a variable-drive speed that adjusts RPM allowing the operator to use the proper blade speed that is best suited for the material being cut and a stroke control setting that controls blade clearance between cuts.