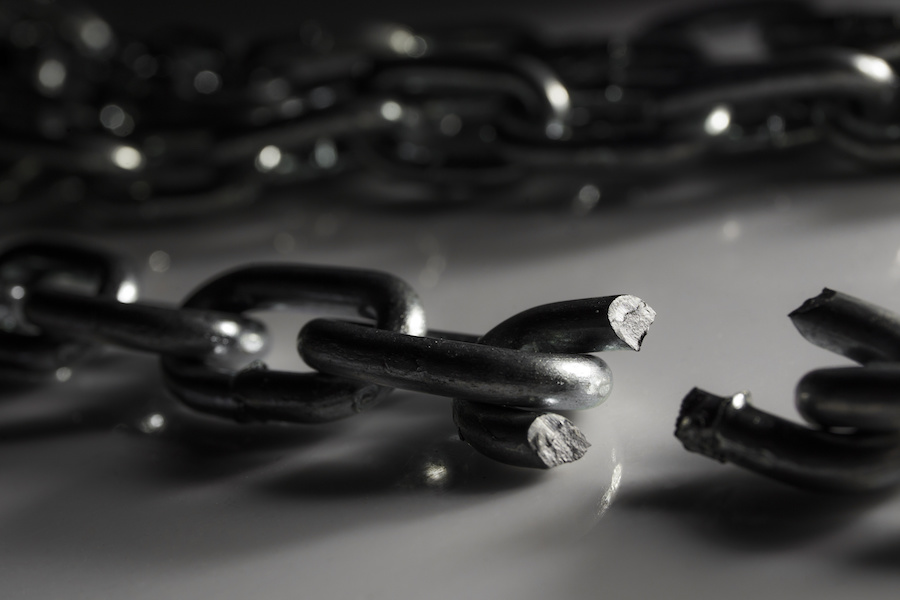 Covid-19 hasn’t yet been contained, but its aftermath is already here. Consumers are paying higher prices for a growing number of products with much of the higher prices a result of major

Supply chain issues ran far and wide during the pandemic – from challenges with transportation and raw material availability to single-source procurement and inventory mismanagement. Worker availability plummeted, too. Stay-at-home mandates, caring for children at home and, of course, actual illness kept the general workforce from keeping up with consumer demand. With everyone at home depositing government checks into their bank accounts, Americans had the extra free time and the extra cash to keep shopping.

“Travel, transportation, and restaurant spending were suddenly out of favor,” Deloitte reported. “Instead, people stockpiled food and other essentials, and spent more on home gyms, furnishings and utilities.”

According to the Core Producer Price Index (PPI), released by the Bureau of Labor Statistics, U.S. producer prices in June registered the largest annual increase in at least 10 years. While the Consumer Price Index is often cited as the measuring stick for inflation, the PPI takes an important step back, reporting on the input prices being incurred by the producers – the ones that have to pass those higher costs on to consumers.

As it pertains to the metals manufacturing industry, business owners are feeling the squeeze when it comes to the price and availability of raw materials. John Baker, the CEO of General A&E, a precision fabricator featured in our article on page XX, says raw materials are becoming more expensive and, in some instances, nearly impossible to procure. He says many material suppliers – when their supply is exceeded by demand – will only allocate their customers the same volume as they bought the previous year, leaving companies with an increase in business in a bind.

It’s hard to point fingers at raw material providers, though. Finding a balance for supply versus demand over the past 15 months has resulted in what many industry experts, like Harry Moser, the founder of the Reshoring Initiative, describe as the bullwhip effect. For those unfamiliar with the term, look no further than the toilet paper frenzy as an example.

“In the beginning, the Walmarts of the world were ramping up their orders because they were constantly dealing with empty shelves,” Moser recalls. “When orders increase, suppliers respond, but it’s not always that straightforward. Imagine the companies that normally order 100 of something a month; now, all of a sudden, they order 300. Delivery times have been lengthened from one month to three months, so they order 300 to get ahead of the situation, and they do that for months on end. Before long, though, the customer has way too much, so they don’t order anything for three months. In the meantime, these factories are practically being forced to shut down.”

Throughout the pandemic, manufacturers of toilet paper, disinfectant wipes, hand sanitizer and masks had to either start and stop production or stockpile inventory. In the context of a steel mill, it’s not that easy – you can’t just shut down a furnace for a few days.

For more than a decade, Moser has been encouraging manufacturers to rethink their supply chains and return good-paying jobs back to the United States. But he doesn’t just recommend

reshoring to support the local economy; he also recommends it to reduce the risks associated with outsourcing.

Like the United States, countries around the world, including China, suffered the effects of the pandemic. It wasn’t just boats in U.S. ports that were difficult to unload due to a lack of labor. The same situation was happening on the other side of the world.

“Suppliers couldn’t meet up with demand for a variety of reasons, and while I haven’t seen the specific data, offshore product availability was and is certainly a big chunk of the problem,” Moser says. “When orders were coming from factories in China, they were having issues with Covid, too – issues with transportation within their country, issues finding boats for overseas shipments, labor problems at both ports, the list goes on and on.”

Pandemic aside, the risks of outsourcing remain. In addition to the long lead times for overseas shipments and then the potential for quality issues when those shipments arrive, China could at any time refuse to do business with the United States or any other country. The communist nation is becoming less and less tolerant of those that criticize its handling of the Uyghurs, Taiwan and Hong Kong, among a myriad of other domestic issues.

“Fully decoupling with the United States is a real concern – there have already been occasional refusals by them to export,” Moser adds. “As an example, China was saying for a while that they wouldn’t or couldn’t send us penicillin or masks, but now that the pandemic is practically behind us, they’re dumping masks on us at a penny or two apiece. It’s so bad that our mask manufacturers are going out of business. So not only is the demand for Covid-related items much less, but because there’s excess supply now coming from China, our guys can’t compete.”

For manufacturers that are still on the fence about reshoring their supply chains, Moser and the team at the Reshoring Initiative can help. They’ve created a Total Cost of Ownership (TCO) Estimator, which walks interested parties through the process of quantifying the costs and risks associated with offshoring versus reshoring.

Where to go from here

Reshoring, of course, doesn’t happen overnight. To help companies streamline their operations as they work to stabilize their supply chains, there are plenty of tools available. These tools aren’t just for the interim, however. Dusty Alexander, the president of Global Shop Solutions, explains.

“No matter the economic situation, the No. 1 strategy to adopt is system integration – establishing a system that can give real-time information regarding delays in material deliveries and other supply chain issues,” Alexander says. “Overall, we’re getting bombarded with requests to integrate our system with our customers’ IT tools and machinery. Manufacturers value the ability to access and analyze data, so we’re focused on making that easier for them.”

Global Shop Solutions’ purchase cost variance dashboard does just that. It gives users an easy-to-use dashboard of information, showing the highest and lowest prices paid for materials while offering quick access to purchase orders to drill down on historical transactions.

“We’re trying to make it easier on purchasing, so they’re not constantly chasing their tails,” Alexander says. “If the cost of goods sold went up 20 percent, but you did the same amount of work, the dashboard can help you dig in and find out that the 20 percent was in steel costs or whatever the case may be. Being able to integrate with their machinery and their tooling and all of the external systems allows them to do more with less manpower, which these days is so hard to find.”

Additional examples of helpful Global Shop Solutions systems include a dashboard for releasing jobs to the shop floor based on when materials show up as well as a mobile app, which has RFID technology built in. The former relieves staff from having to constantly check for material deliveries while the latter tracks the progress of a part as it moves through a factory.

“The name of the game is automate, automate, automate because it’s so hard to find people right now,” Alexander stresses. “Quick access to data is so important. Businesses need to make informed data-based decisions, and they need to be able to easily access their data and know that it’s accurate.”

Moser agrees, adding how important it is to take the long-term perspective to prepare for an uncertain future. “Learn from 2020, do the TCO math and invest,” he says. “U.S. companies have been too short-sighted in the past while countries like Germany and Japan continue to invest in IoT equipment and robotics.

“Automation creates more interesting jobs and makes the factory a desirable place to work,” Moser says. “Here in the United States, some factories are incredibly nice while some are not. In Germany and all over Europe, it’s the opposite – there the stigma of working in manufacturing has been a thing of the past for some time.

While automation can be beneficial for recruiting skilled labor, companies also need to develop in-house apprenticeship programs, and they need to work with local school systems to put emphasis on skills training.

“You have to get the kids interested early on,” Moser explains. “If all through high school they think the only option is going to college, it will be hard to get them interested in the manufacturing industry. It’s going to require a team effort to overcome the media and government focus on degrees.”

One way to do that is to document career advancement opportunities. The industry needs to highlight the fact that a young person can start as an apprentice and move up the ladder. Young workers need to know that they have the potential to be promoted, the potential to make more money and even one day, as Moser says, “to run the entire operation.”

Finally, when a company reshores, Moser says to shout that news from the mountain tops. “Promote your reshoring successes and the jobs that it creates. Contact the media. That can help get the word out that your company is focused on supporting the local economy while at the same time, that can help spread the word that manufacturing is a promising industry to work in.”