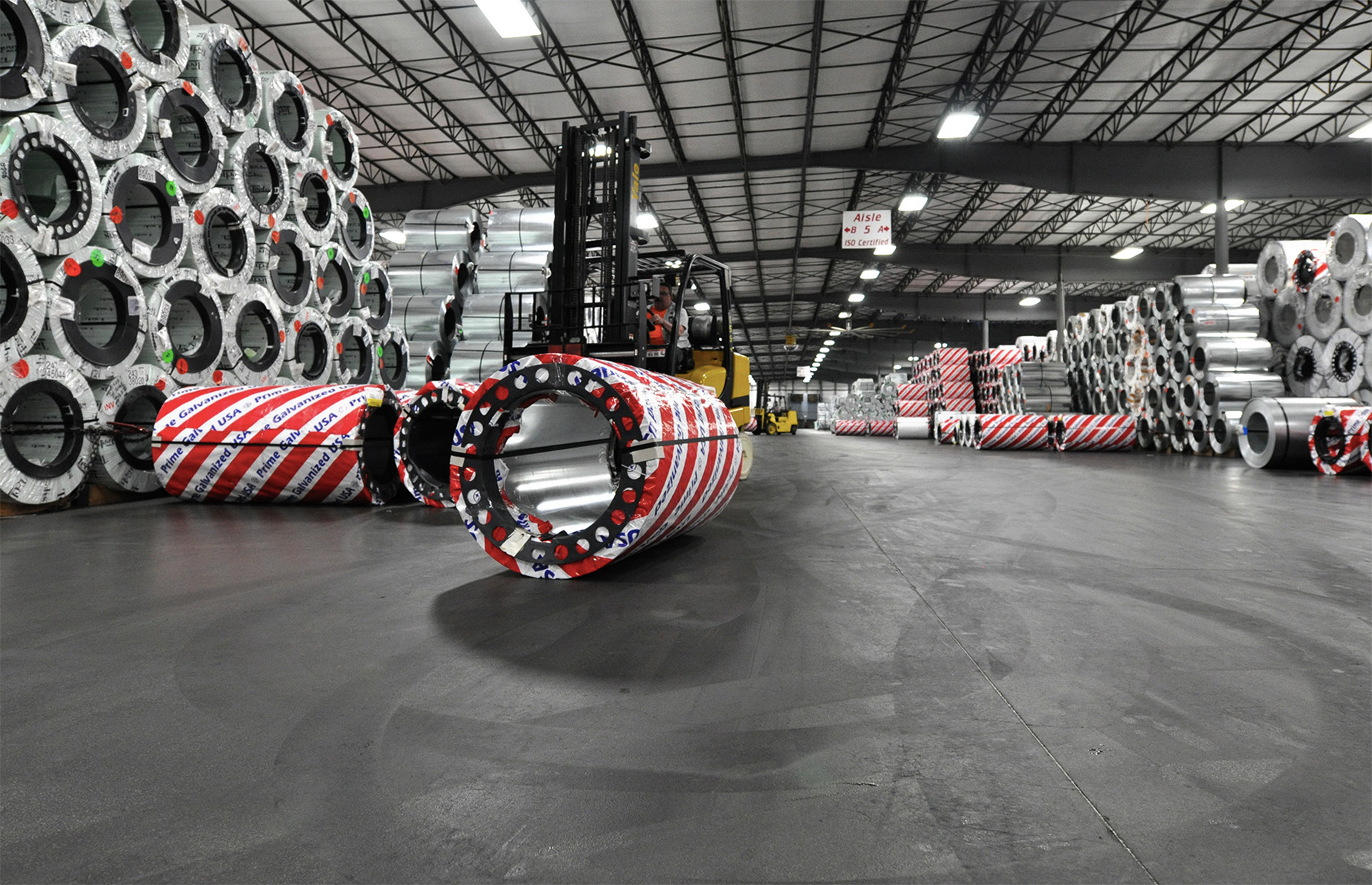 Is it just me or has the price of gas gone up a whole bunch over the past few weeks? Granted, I did buy a shiny new Dodge Ram 1500 pickup truck last month, one with a 5.7-

liter engine and 34-gallon tank, but in my 43 years of driving, I’ve never dropped $115.68 at the gas station. And that’s before ice, beer and beef jerky. Ouch.

It seems everything is getting more expensive. The weekly shopping trip to Fry’s that once cost $150 or so is easily twice that now. The two sheets of 1/2-in. plywood I loaded into the back of my truck last weekend (which my son has affectionately named Sir Tows-a-Lot) were almost $60 each. No wonder home prices are on the rise.

Then there’s steel and aluminum. Aside from some angle iron for a garage organization project a few years ago, I haven’t bought any raw material since my last shop job in the late ’90s. But after speaking with Mike Young, president and chief executive officer for Klein Steel Service Inc. in Rochester, N.Y., and Chris Billman, market research manager at Majestic Steel USA in Cleveland, I now know the price of some metal products has jumped significantly of late.

“Different products sell for different amounts, obviously, but some of it’s nearly double what it was last year,” Young says.

So, what’s behind it all? I’m no economist, but I believe that at least some of this can be attributed to the former

president’s tariffs and – in my opinion – misguided trade policy, a policy that remains in place today under the current president. Setting aside political bluster and false statements, even a high school economics student knows that such “taxes” will ultimately get passed on to the consumer.

In all fairness to both administrations, countries and their leaders have levied tariffs against one another for as long as they have been trading goods. Quite often, though, these policies have been political in nature rather than economic tools meant to level the playing field.

Don’t get me wrong; I’m a big fan of “buy American” whenever possible, even if it means spending a bit more. But tariffs and protectionism haven’t shifted the country of origin from China to the United States on practically anything in the past few years. Instead, we consumers bear the blame for buying whatever’s cheapest and suppliers for sourcing from low labor-cost countries.

As I said, I’m no economist, and according to Young, my theories are at least partly incorrect, at least when it comes to metals.

“The tariffs had an impact early on, say back in 2018, but most of the import steel has since dried up, and for some time now, we’ve been sourcing the bulk of our steel domestically,” he says. “The problem is one of capacity. When the pandemic started last spring, everyone expected demand to tank, so a number of the mills went offline. Aside from a couple of lean months, however, demand has remained strong, and when demand is strong, prices remain high.”

Billman agrees. “The domestic steel situation has been building for decades, but this particular cycle started with the pandemic,” he says. “Everything pretty much shut down, and supply chains became extremely disrupted, but on the steel side, demand didn’t really drop off as much as anticipated and then it came back a lot stronger than expected, particularly from automotive and construction. Because of that, there was a huge supply deficit domestically. You can’t just turn a mill off one day and on the next – it’s a very extensive and costly process, so it will take some time to recover from the current supply shortage.”

Regarding the “domestic steel situation” building for decades, the blame can be traced back to corporate greed and the industry’s short-sightedness. In the years immediately following World War II, the United States produced 40 percent of the world’s steel. Today, it’s less than 5 percent and ranks fourth after China, India and Japan.

Much of that failure can be laid at the feet of what were then the leading steel companies’ executive leadership and their refusal to adopt modern steel-making technologies in the early 1960s. The rest is due to mergers and acquisitions, environmental litigation and the sale of domestic steel assets to foreign countries (thank you, Wilbur Ross).

That said, the steel industry is making a comeback. And even in the pre-pandemic, pre-tariff world, China was supplying just a few percent of the steel consumed in this country.

Both Young and Billman suggest that the biggest obstacle to continuing their metal service centers growth is the same obstacle their customers face: a severe people shortage.

“The advancement in our machinery over the last 10 years is unbelievable, so the skill set required to operate it has gone down due to the huge amounts of technology,” Young says. “Despite this, we could have grown a lot more this year and the last if we’d been able to attract and retain talent. We quite simply can’t get applicants to come through the door.”

Therefore, companies must find other ways to stay competitive. This helps explain Klein Steel’s recent investment in a 10-kW fiber laser with a material handling system as well as Majestic’s acquisition of a new facility in Las Vegas last year.

“As far as automation goes, we’re continually looking to become more efficient, whether that be on the production lines, loading and unloading of trucks, inventory and order tracking, and so on,” Billman says. “If you’re not constantly looking for ways to improve your manufacturing processes and your customer service, you won’t stay competitive for very long.”