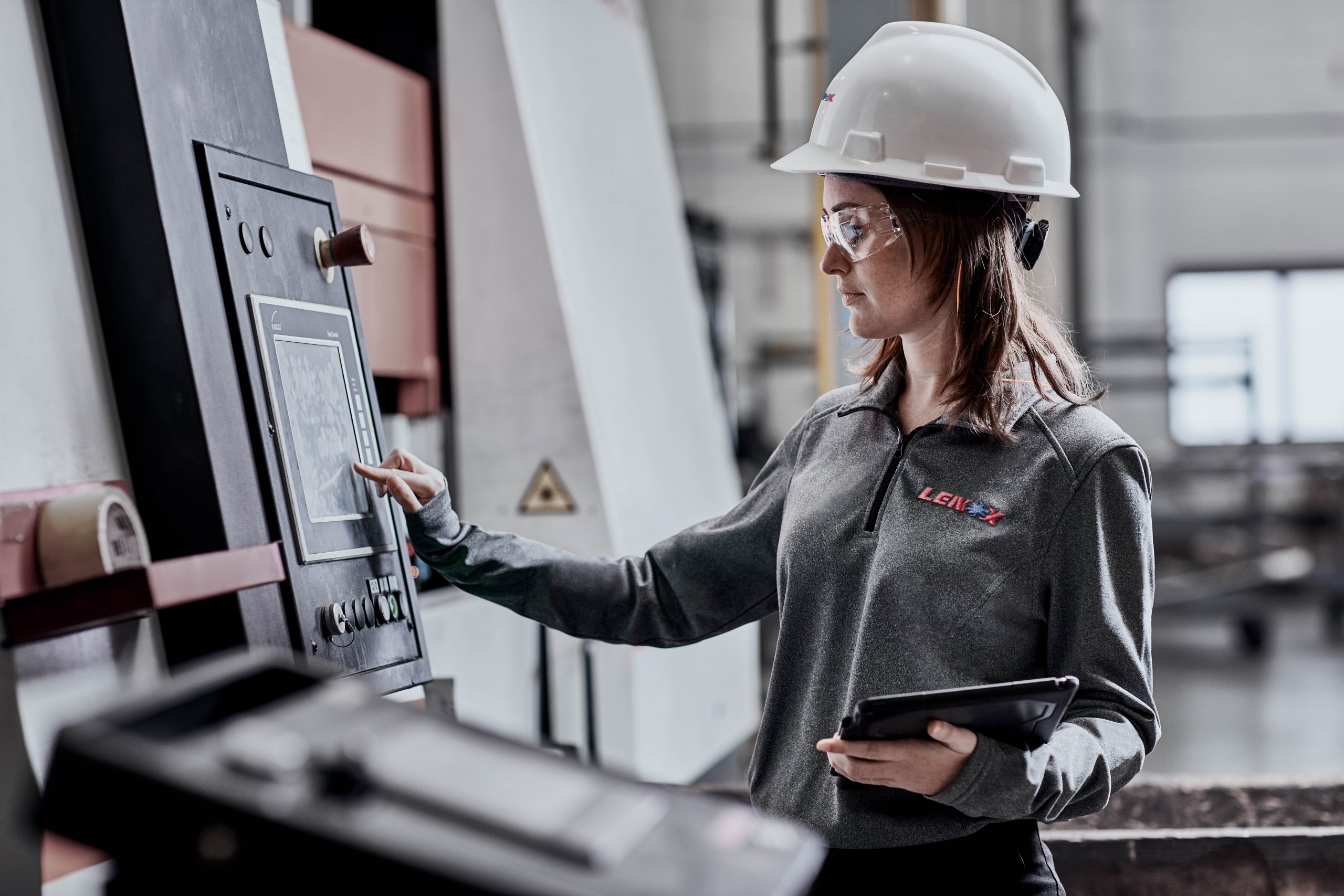 It’s not unusual for fabricators and manufacturers to get comfortable with their workflow and stick with it for a lengthy period of time. Dropping a lot of money on machinery and software, even if it was years ago, can add to this attachment to the status quo. But sometimes it takes a little nudge to look outside of the comfort zone at new processes that can shake up the workflow and yield positive results. For example, a free trial on CAD/CAM part nesting software offers a no-risk introduction to a solution that can lead to a permanent change in how a manufacturer approaches cutting.

In 2019, Mitchell Mill Systems, a Canada-based agribusiness company that manufactures feed, grain, pet food, fertilizer and material handling equipment, embarked on a company-wide “lean project” where management was tasked with finding efficiencies in time, material and labor. Jeff Johnson, a project manager based at the company’s Joplin, Mo., facility, was quick to jump on a search for new nesting software.

“Seems like we were always running into a glitch here or there,” Johnson said of the company’s costly nesting software. “We got to poking around on the internet and discovered Hypertherm ProNest LT, which had just come out as a low-cost subscription.”

It was a fortuitous coincidence for Johnson that Hypertherm, which has offered its ProNest software for more than two decades, had just launched a restructured approach to marketing their nesting software, placing a focus on a cost-effective option for smaller operations.

“We’ve remodeled this core product over the years and we’ve consistently put out new releases,” says Jason Michalski, a regional sales manager at Hypertherm. “ProNest LT, with the new perpetual (buy and own) price structure and new low-cost subscription (pay by the month, etc.), is geared toward light industrial plasma, which is really exploding.”

The free trial basically offers a “show, don’t tell” perspective, which Michalski says is really hitting home with those who try out the trial version. It definitely worked with Johnson and his crew at Mitchell Mill Systems, who said it was a no-brainer to sign up for the subscription package.

The subscription offers a “great value proposition” for shops that don’t want to make a relatively larger one-time capital investment on the traditional nesting software packages, according to Derek Weston, product manager on the CAM software team at Hypertherm.

“If they want to test the waters and allow us to prove our commitment to them in technical support and customer service,” he says, “they can go monthly and always change out to an annual term or a three-year term, plus take advantage of the discounts that go along with longer subscription terms.”

During the subscription trial period, Johnson says his team embarked on a time trial of their own – putting up their old software against the ProNest LT version.

“We did a complete job from scratch in each software program,” Johnson says, “going from drawing all the way to a finished program that was ready to cut. We found it took 12 min. and 30 sec. in our old software, but took only 3 min. in ProNest LT. We performed a few tests and found that in every one of them, we had a significant savings.”

Johnson and his team calculated that with time savings per nest calculated at 9 min. and 25 sec. and 550 nests per year, the labor savings were calculated to be around 85 hours annually, which at $75 an hour equates to $6,375 a year.

One of the most dramatic differences the shop found in using ProNest LT came when they manufactured a parts sorting cylinder made of 5/8-in. mild steel with 7,000 holes cut throughout the material. With the previous software, the holes had to be individually reamed due to the tapering that occurred during cutting.

Using ProNest LT, which includes more advanced cutting techniques, such as variable feed rate and the ability to lock down the torch height control, the holes on the part were virtually taper free, which eliminated the need for secondary work.

“That was pretty impressive to watch,” Johnson says. “It really looked nice.”

Johnson also appreciates the software’s ease of use. “When I first started using ProNest LT, I said to my boss, ‘there’s something wrong here – this software is way too easy!’” he says. “You go from creating your drawings, to nesting, to reporting very quickly.”

Ease of use is something Michalski says just about every brand likes to claim their nesting software can achieve.

“Everybody says that, but ours really is easy to use,” Michalski notes, adding that the ease of use and the free trial are the reasons most ProNest LT subscribers jump on board. “We put it in your hands and give you output capability to write code for your machine and train you. Ninety percent of our customers are fully trained and up and running before they even buy the software.”

The basic plan, “Smart Start,” features powerful and easy-to-use designs and cut features and integrated 2-D CAD software. A step up to the “Essential” plan brings in automatic nesting, which allows users to nest with the click of a button.

The “Unlimited” plan is aimed at manufacturers who want the features available in the first two plans, but also want common line cutting features for cutting two or more parts with a common edge; chain and bridge cutting for linking part profiles to reduce pierce count or stabilize cutting; and skeleton cut-up features, which applies dedicated cuts to a sheet, making it easy to remove skeleton material from the table.

Subscription benefits include unlimited technical support, so a user can avoid downtime by speaking directly to a Hypertherm expert. There is also unlimited access to software training available, which can help to improve work processes. Free updates are available to help keep users’ software current.

The bonus is that the software works on non-Hypertherm equipment. Hypertherm says ProNest works on “virtually any conventional plasma or oxyfuel cutting machine brand or model.”

“I see companies that are starting out and want to use the best equipment and tools available to them, but financial barriers stand between them,” Weston concludes. “So, this model presents a great solution.”