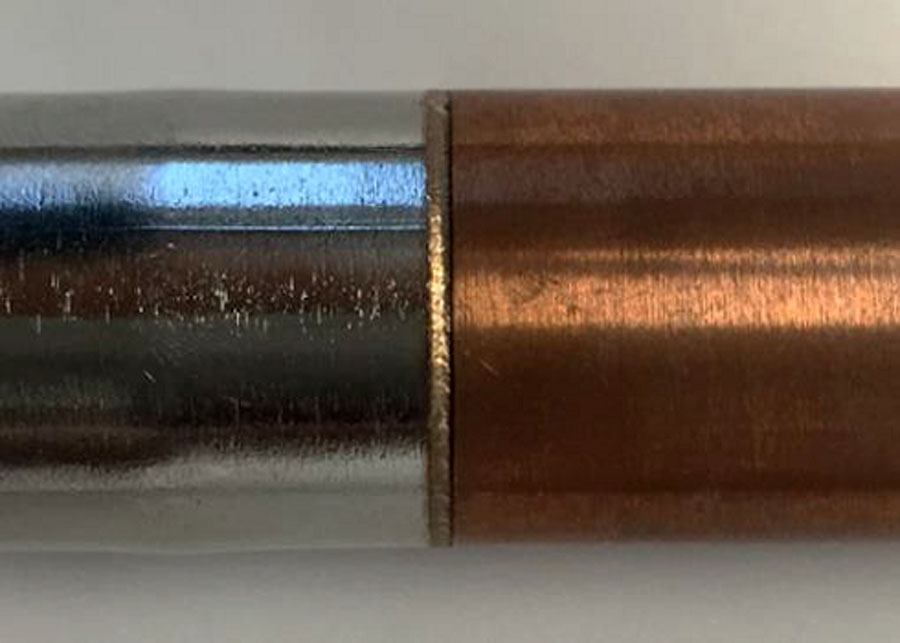 When producing welds for industries that rely on precision, a word like “wobble” might raise some red flags. In a world of tolerances on the micrometer level, wobble sounds sloppy. Where strength and consistency are paramount, wobble seems weak and inconsistent.

But sometimes it’s out-of-the-box thinking that leads to innovation. It’s these very factors that have brought laser welding to the center stage of high-tech industries – with its high welding speeds, small heat-affected zone and consistent welds.

But like all manufacturing processes, there’s room to improve. And laser welding is no different.

At the turn of the most recent century, a new method was being tested by a handful of researchers, including R.P. Martukanitz, I. Stol, J.F. Tressler and C.J. Warren, in a joint effort between the Applied Research Laboratory at Penn State University and Alcoa Technical Center. With an understanding that “laser beam welding could result in reduced manufacturing cost due to automation, less material for joining and sealing, fewer production steps, and improved corrosion behavior,” the team sought to further improve laser welding with a new method: laser stir welding.

With positive test results in hand, the researchers presented their paper at the Laser Institute of America’s International Congress on Applications of Lasers & Electro-Optics in 2005. And since that presentation at ICALEO, the research team has seen laser stir welding find stable footing in automotive manufacturing environments and beyond. 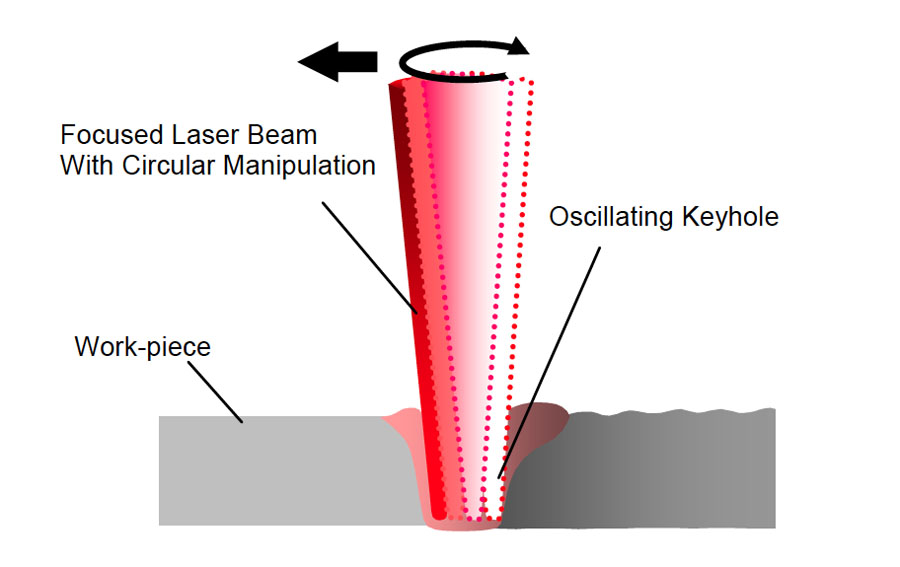 To achieve the wobble method, a fixed laser is optically manipulated with attachments, such as with Trumpf’s PFO 3D or IPG Photonics’ D30 wobble head, that allow the laser to wobble to a programmed pattern down the seam of the weld. Proponents of the wobble method claim that the overall approach produces a superior weld by greatly reducing imperfections, increasing consistency, reducing material cost and providing more tolerance for process variables. 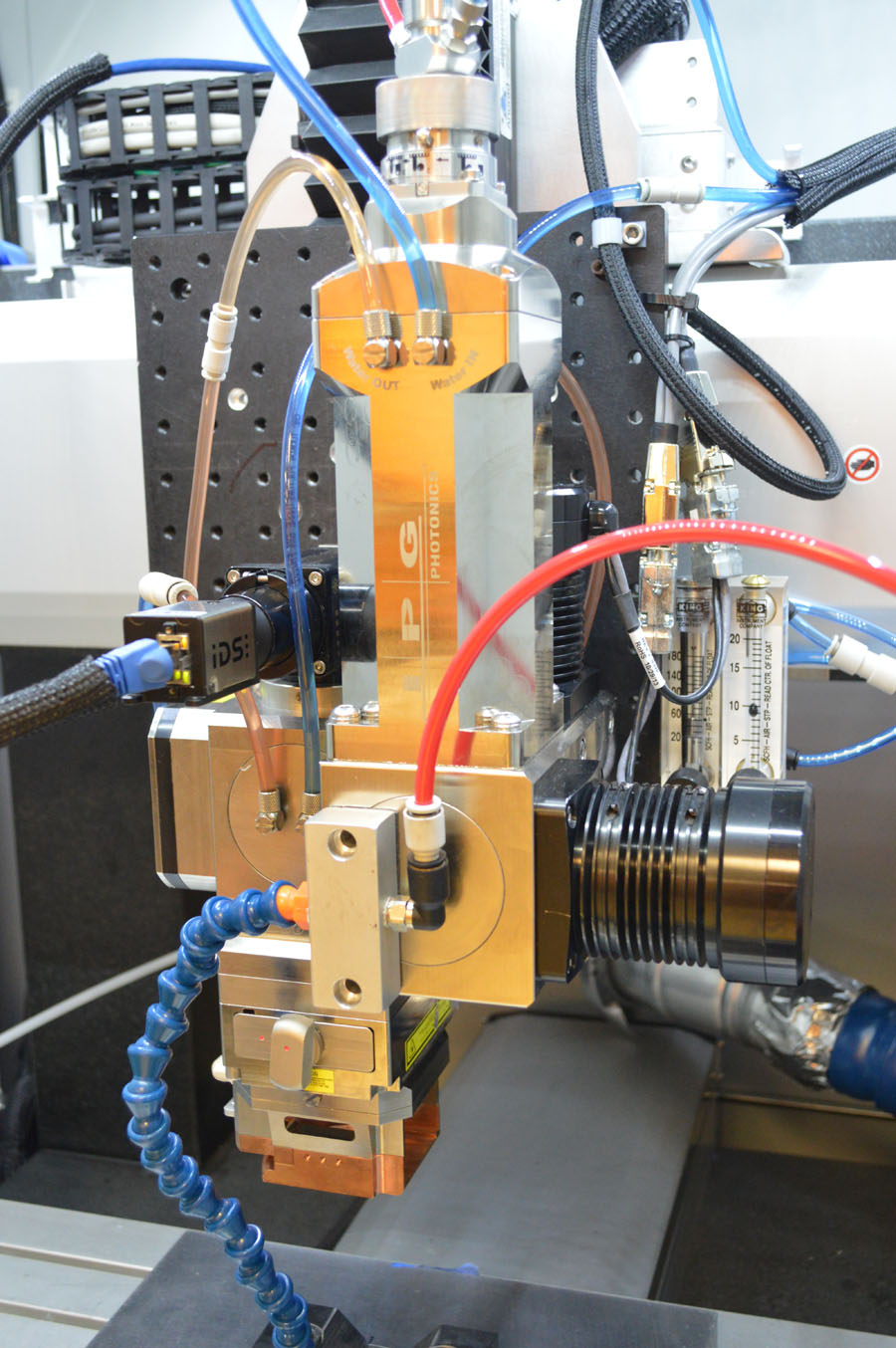 The key behind the method

Coincidently, the key to the wobble method is found in the keyhole. The keyhole is where the heat source initially penetrates the workpiece. From there, the molten metal fills in behind the keyhole to form the weld. According to the research team, the keyhole was one of the major hurdles when it came to laser welding aluminum due to aluminum’s low surface tension and viscosity in its molten state.

“The establishment and maintenance of the keyhole are highly dynamic processes,” the researchers explained. “The instability that is often seen in deep penetration laser beam welding is manifested as pore formation near the root of the weld.” 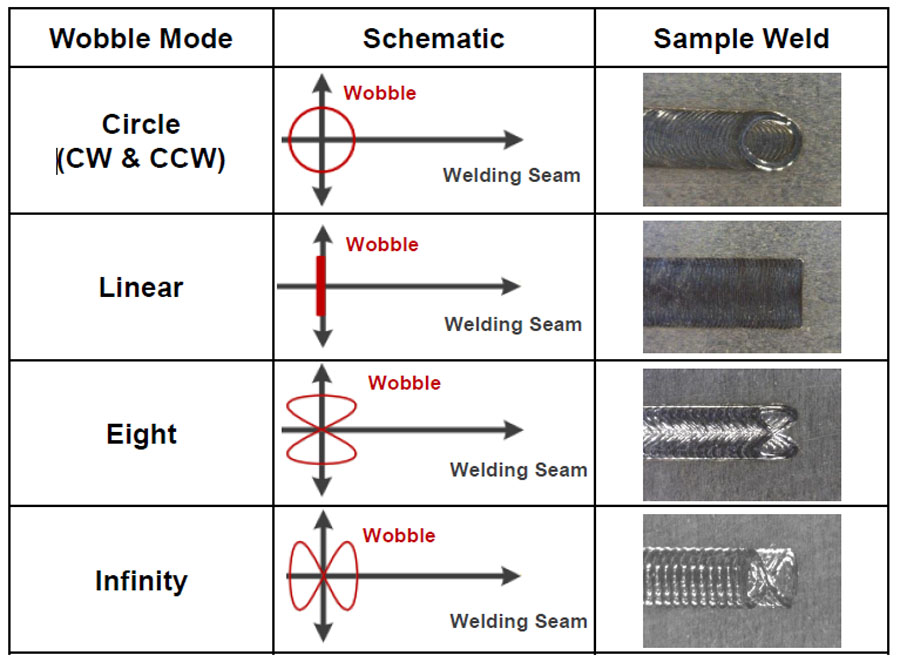 These pores can be created as the keyhole is being formed when vapor pressure, recoil force, surface tension and hydrostatic pressure can affect the stability of the keyhole. This imbalance can cause the keyhole to collapse, “entrapping metallic vapor within the root which results in porosity, and reestablishment of the full depth of the keyhole,” the team explained.

Another negative side effect of keyhole instability is inconsistent weld penetration, resulting in an inconsistent fusion zone. Laser stir welding addresses this issue by increasing “hydrodynamic stirring of the weld pool and subsequent healing of the keyhole,” the researchers said.

Upon examination of the various welds, the team also found “the absence of porosity within the laser stir welds; whereas, pores are evident in the lap and fillet joint configurations of the laser beam welds made conventionally.” This speaks to the weld quality possible when employing laser stir welding. 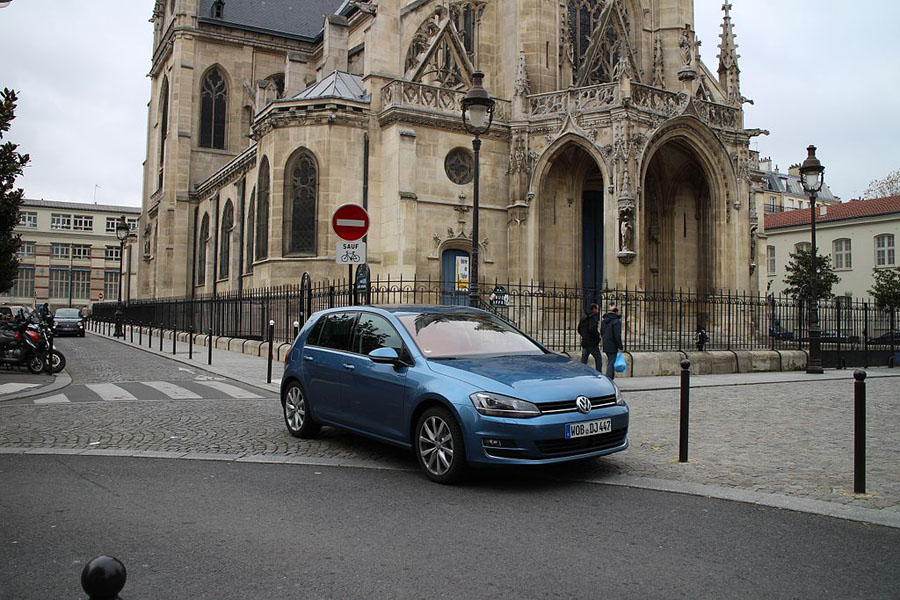 The motor mounting component of Volkswagen’s 7th series line of cars, like the Golf shown above, benefited from the wobble welding method.

Between practical and profitable

In addition to delivering strong aluminum welds with little to no porosity, laser stir welding can tackle various challenges posed by a range of metals. This is made possible through the manipulation of the amplitude and frequency of the various wobble modes.

IPG’s D30 wobble head offers four wobble modes to address the welding challenges of various metals. These modes include the circular mode, which was used in the researchers’ test, as well as the linear mode, figure 8 mode and infinity mode patterns, seen in the diagram.

These various modes are incredibly beneficial for fabricators and manufacturers that are able to adjust the wobble head parameters to overcome the challenges posed by joining dissimilar metals. This includes better control of the melting and solidifying of the intermetallic layer as well as finding the balance between metals of different melting points, thereby taking some of the guesswork out of the process.

Adding to the benefits of laser stir welding is its ability to bridge wider gaps in butt welds. This wider gap requires no welding wire or filler metals because the laser melts metal from each side of the weld gap, resulting in savings in material cost. This savings is appreciated by a multitude of automakers, including one of the world’s largest: Volkswagen.

Volkswagen has been utilizing a version of Trumpf’s PFO 3D to laser stir weld since at least 2011. In an article published by Trumpf, Thorge Hammer, responsible for body manufacturing technology at Volkswagen, discussed the benefits that laser stir welding has delivered to the automaker.

“The wobble method means we can now bridge larger gaps than we could before,” he said. “This also means we’re able to process components designed for MIG and MAG welding with no need for adjustments. These days we weld mounting blocks with gaps of up to 0.5 mm.”

For Volkswagen, the new welding method combined with high-tech steels led to an 8.6 percent decrease in body weight in the current model Golf, compared to the previous generation. This makes for a more marketable vehicle in today’s lightweighting age.

With its ability to address a variety of needs, laser stir welding has found a home in aerospace applications. It’s also found widespread adoption in automotive markets. As a tool that can adapt to changing trends and respond to unforeseen obstacles, it’s bound to find unmatched use in more industries to come.