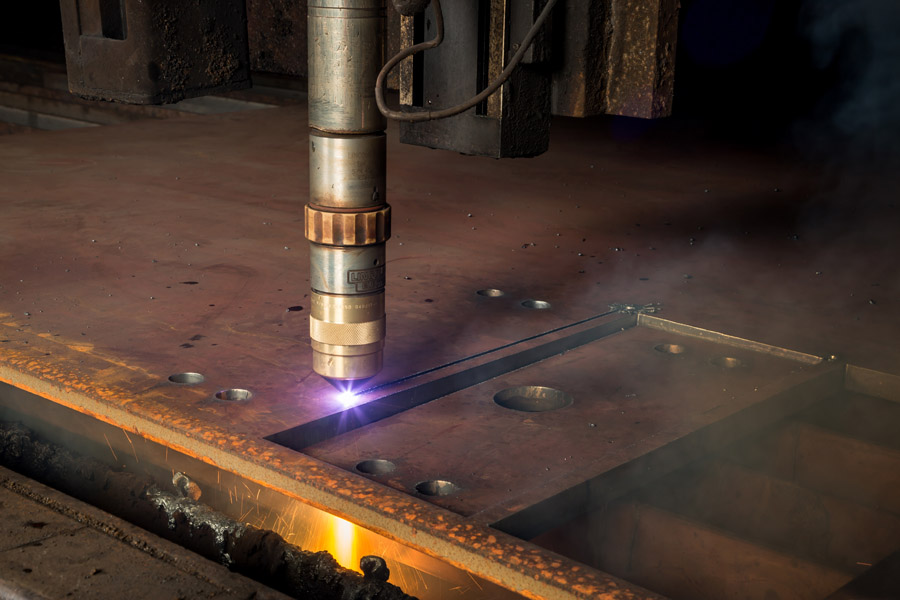 In the business of cutting and processing steel, all aspects of the operation need to be in sync. This includes your plasma equipment performance, the durability and quality of your plasma consumables, and the overall spend on these consumables. When these are not in sync, it can lead to more frequent downtimes and reworking of cut parts, growing piles of metal scrap, and out-of-control spending on consumables and part repairs.

By focusing on improvements in three primary areas – cut quality, consumable life and consumable purchasing – Stark Metal Sales was able to avoid the travails of not being in sync. The company turned its steel cutting operation into a more efficient and more profitable operation, and it did it with help from Arc Solutions Inc. and The Lincoln Electric Co. 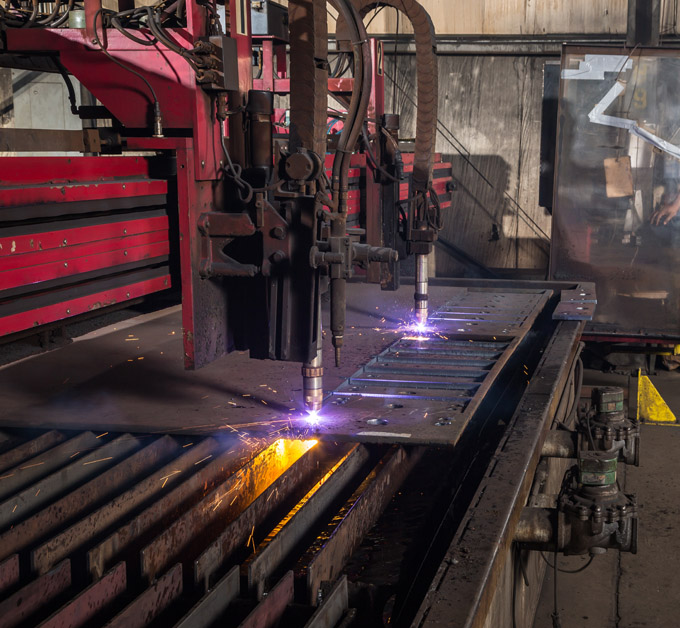 Stark Metal Sales is a full-line service center, which relies on its plasma cutting capabilities to fulfill customer requests.

Stark Metal Sales is a full-line steel service center located in Alliance, Ohio, about 45 miles outside of Youngstown. Founded in 1989, the company makes and sells a range of structural products – angles, channels, flats, pipe and tubing. The product line also includes flat-rolled products, sheets and coils.

Within the company’s 77,000-sq.-ft. facility, metals ranging in thickness from 3/16 in. to 2 in. are being processed to service a customer base in a 150-mile radius, including northeast and central Ohio and western Pennsylvania. Unsurprisingly, processing these products requires a considerable amount of plate burning and cutting – which also requires close machine monitoring.

In early 2016, Stark Metal’s plant manager Jim Taylor was experiencing issues with the power source in one of the company’s two Spirit 400 plasma cutting systems. He went back to the integrator that had originally developed the company’s Lincoln Electric system, Arc Solutions Inc. Jeff Kinn, the company’s automation manager, responded promptly to get the Spirit 400 system running and back online.

During initial inspections, Kinn and his team noticed consistent problems with poor cut quality due to excessive dross buildup on the parts. They also noticed the frequent rework that Stark Metal had to deal with, especially in relation to the hole-cutting processes.

“We were taken aback by how much rework was coming off that machine,” says Denny Vetter, president of Arc Solutions. “The bevel was far exceeding the 3 degrees of allowable tolerance. We knew that if we took care of the bevel issue, the rework time would be considerably reduced. We said, ‘gentlemen, there are better ways of doing this, if it’s something you’d like to work toward.’”

Dave Rownd, president of Stark Metal Sales, was quick to get on board, agreeing the goal was to reduce the time and money spent reworking parts.

“I can’t say every part needed rework,” Rownd says, “but we were reworking more parts than what we should have been – certainly more than we would have liked.” 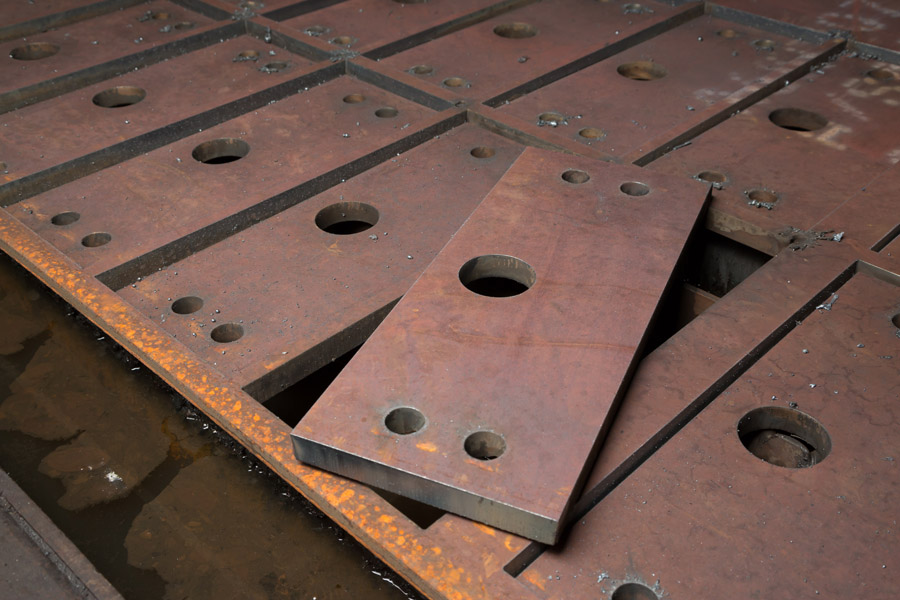 Stark Metal Sales processes a range of structural products, including angles, channels, flats, pipe and tubing. The company also handles flat-rolled products, sheets and coils. Metals range in thickness from 3/16 in. to 2 in.

As it turns out, the rework issue was more a function of the plasma consumables than the machine itself. The primary issue boiled down to Stark Metal’s use of aftermarket torch heads and consumables.

“We just knew there would be a difference between the aftermarket and the OEM consumables,” Vetter says. “So that’s what started the conversation after we serviced the Spirit 400 machine.”

After a few weeks of discussion, Vetter’s team recommended the replacement of Stark Metal’s aftermarket consumables with Lincoln Electric products.

“As one could understand, this was met with a fair amount of speculation from Dave and the rest of the Stark Metal’s team,” Vetter says. “I explained to them that Arc Solutions and Lincoln would supply the components and the labor for free if we did not improve cut quality, bring the bevel back into specification and greatly reduce the time for rework. Dave agreed to schedule time for the changeover to one of the Spirit 400 plasma systems.”

Within weeks, the improvements showed. The results from the changeover of the first machine in late April were enough to convince Stark Metal to transition its second Spirit 400 in June. By late summer, Stark Metal was experiencing cost reductions and increased efficiencies on all fronts.

On top of that, Stark Metal also experienced a dramatic decrease in its use of grinding pads and sanding belts, which Rownd says has dropped by almost 80 percent month over month. “This is all with volume coming through the system remaining relatively constant,” he adds.

“The best news, according to our cleaners who are responsible for weld repair and rework, is that it has all but disappeared,” Rownd continues. “These days, repairing and re-burning bad parts is rare.” 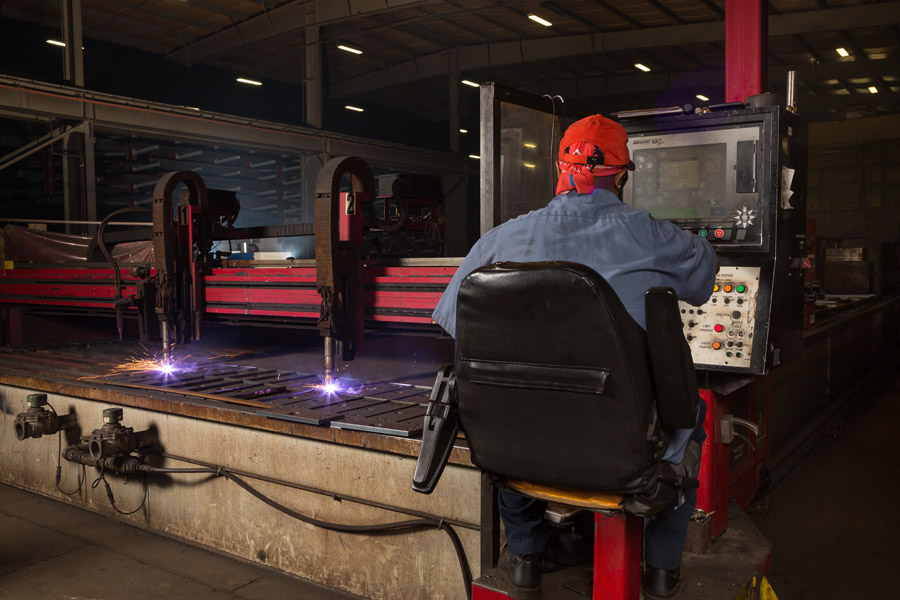 Although the change from aftermarket plasma consumables to Lincoln Electric products proved to be a definitive step toward improved cut quality, higher productivity and lower costs, there was still more work for the team at Stark Metal. The transition to a new way of purchasing those consumables was an equally important step. Fortunately, it was streamlined with Lincoln Electric’s plasma consumable B2B program, which provided easier and more cost-effective access to plasma consumables. The program also allows for reward credits for future purchases and expedited shipping, among other perks.

It is intended to make ordering genuine plasma consumables quick and easy for customers. The program allows for reward credits for future purchases, an annual torch warranty claim, expedited shipping and more.

“In addition to the usual Lincoln Electric B2B program benefits, we also offered Stark Metal discounted rates on our services,” Vetter says. “We wanted to make this a win for everyone involved.”

Based on a recent analysis of spending before and after the switch to the B2B program (through September 2016), Rownd says Stark Metal experienced a 24 percent decrease per month in consumable costs – even greater savings than he and his team had originally anticipated. 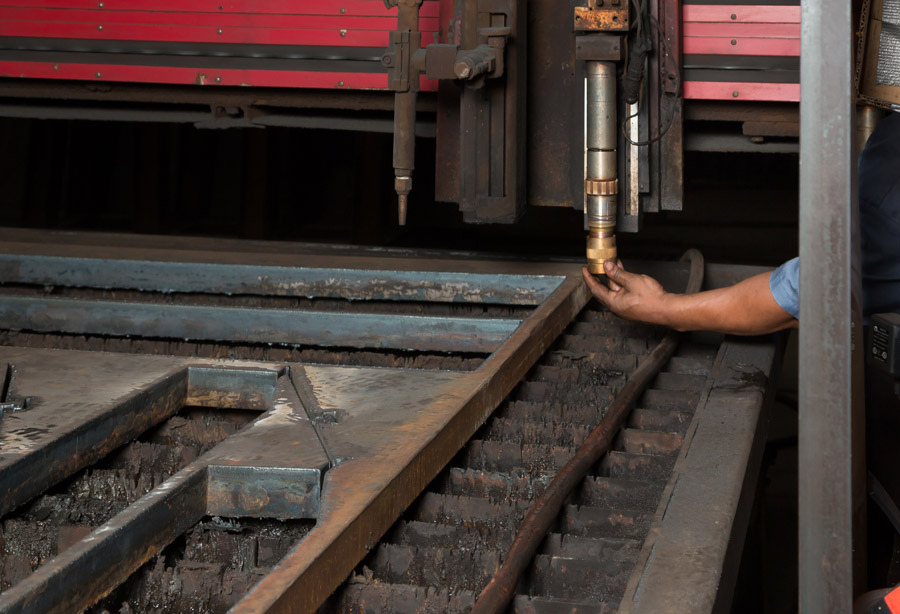 “Our general manager recently told me that everything about the B2B program has been, in his words, ‘perfect,’” Rownd says. “He said if he’s not in the office or otherwise not available, it’s easy for him to direct someone else over the phone and walk them through the online ordering process. The transition to the B2B program has been absolutely seamless.”

The program has proven to be an important component in Arc Solutions’ broader array of services aimed at long-term savings and satisfaction, Vetter says.

“Our goal is to be a one-stop solution, whether it’s for sales, integration, service or whatever else. We’ll have the answers to all of our customers’ questions,” he says. “It’s important to us that we work together as a team and not just sell product. Lincoln Electric’s B2B program helps us do that. We’re trying to sell a product that lowers our customers’ overall end cost. We’re less interested in what their cost is today and more interested in what their cost is at the end of the month, the end of the quarter or the end of the year. That’s where we want to be saving money, and those are the goals that we work toward as a company.”

Rownd and his team at Stark Metal put an equally high premium on customer service. That commitment is why the partnership between Stark Metal Sales, Arc Solutions and Lincoln Electric has been successful.

“Denny and I had a conversation early in this process,” Rownd says, “and I told him that customer service is very important to us, and the money we spend to make quality cuts is what enables us to be successful in the marketplace. So when he came back to me and said, ‘Hey listen, Lincoln Electric offers this B2B program that puts you in a very specific bracket of services we provide,’ it made it kind of a slam dunk for us as the end user.

“When we’re presented with options and opportunities like that,” Rownd concludes, “it’s easy for us to say, ‘You know what? We’re confident about investigating this program and working our way down this path.’”