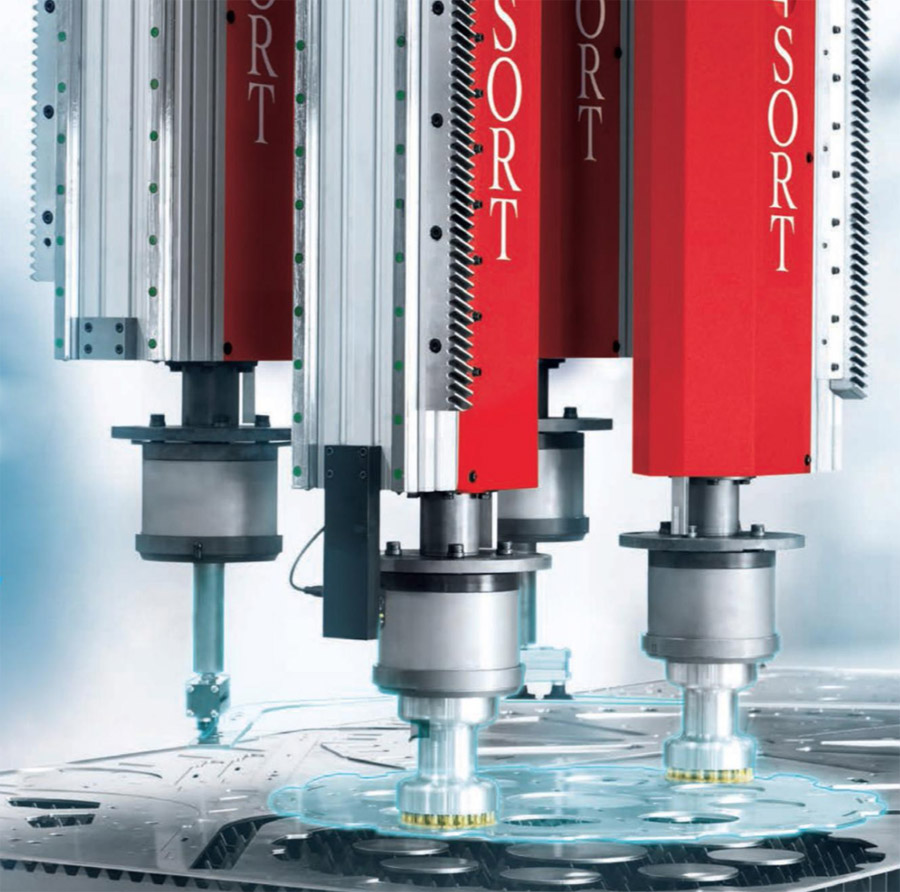 Pop culture is responsible for quite a few interesting word combinations or mash-ups, as they’re sometimes referred to. Need a break from it all, but don’t have the funds for a full-scale trip? Take a staycation. Hungry for eggs and bacon even though it’s already noon? Grab some brunch. Looking to better integrate your laser cutting and sorting activities? Perhaps Lasorting is the answer.

The acquisition was an easy decision for Mitsubishi due to the fact that ASTES4 developed the first fully integrated system for laser cutting, sorting and storing sheet metal with its proprietary process called Lasorting.

Jason LeGrand, automation specialist at MC Machinery, a subsidiary of Mitsubishi Corporation, says that the entire industry is working toward more efficiently sorting parts. With Lasorting, he says, manufacturers get a smart robot that eliminates human error.

Years ago, sorting cut parts required that they be removed from the sheet metal skeleton and sorted manually. As laser technology improved and lasers sped up significantly, the manual process led to a bottleneck, creating workflow inefficiencies.

“Whenever you dramatically increase efficiency in one phase of your operations, you’re often kicking the can downstream,” LeGrand explains. “The more cut sheets you produce and stack on top of each other, the more you need to have a mechanism for removing cut parts from the skeleton.”

LeGrand has seen many companies that brought in faster lasers have to shut down the cutting phase at least a couple of times a day and pull workers from throughout the shop to have “de-nesting parties,” which involves going through the time-consuming process of pulling parts out of the skeleton by hand. Unsurprisingly, it can lead to mistakes, particularly if there is a diversity of parts.

“A lot of job shops run different parts every single day, every single shift, every single hour,” LeGrand says. “The operator removing the parts from the skeleton has to know what those parts are and where they go. That leads to a lot of errors on the shop floor. The ASTES4 system, however, completely eliminates those errors.”

There is also the safety aspect that can’t be ignored, especially for those working with 1/2-in. or 1-in. sheets. LeGrand says it’s not uncommon for workers to use a pry bar to lift the cut parts, then jam a 2 x 4 piece of lumber in between the sheet and the part, holding it up while a crane and fork truck are used to make the extraction.

“Every aspect of that part removal process is another opportunity for somebody to lose a finger on a heavy 1-in. part,” he says.

The ASTES4 system removes those challenges. Each of the four gripper heads on a standard Lasorting system is capable of lifting 1,100 lbs., for a combined capacity of 4,400 lbs. The Lasorting Heavy system is configured for a combined capability of more than 10,000 lbs. With either system, there is no need for a pry bar, fork truck or crane as the gripper heads do all the work. Most importantly, workers are out of harm’s way.

“You remove people 100 percent from that process and there is zero opportunity for someone to get hurt,” he says.

MC Machinery touts Lasorting as the first fully integrated sorting and cutting system mostly because it offers a breadth of functions. For example, the system has two gantries that move, with each gantry featuring two gripper heads. When cutting mild steel with holes in each part, removing the part with a vacuum is not a good option, so the system employs a magnet instead. Each of the four heads can employ a vacuum or magnet and each of the four heads is interchangeable.

“Any part or groups of parts can be lifted given the right tooling,” he says, “and this is the only system that has the capability.”

The system can be equipped with a printing head, as well, which gives the user the ability to print part numbers, names and heat numbers – anything that needs to be printed on the material.

The power behind the Lasorting system is in the software, which includes the patented SortCAM, which is integrated into the software package and provides seamless communication between the laser and the sorting mechanism. Essentially, the ASTES4 system “knows” what type of material is being cut, including the thickness of the material and the layout of the parts on the sheet. All pertinent information is then given to the ASTES4 portion of the system and converted into a sorting plan.

Parts with jagged edges can be difficult to remove from a skeleton. For instance, consider a part that is shaped like a star and has sharp points; LeGrand says that Lasorting’s software allows the user to program cuts that make the parts easier to extract.

“Through intelligent use of programming techniques,” LeGrand says, “difficult parts can be prepared for sorting. Perhaps a sharp inside corner is relieved or a bend relief is destructed so that it drops before it can interfere with a successful pick.” 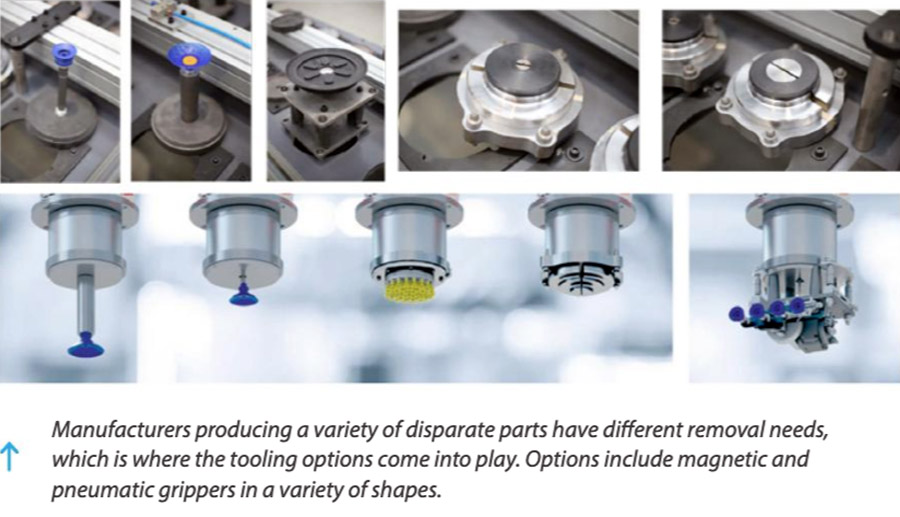 LeGrand notes that, ultimately, the goal is for the manufacturer to know exactly where the part is and in what stage of production. Lasorting, along with MC Machinery’s Remote 360 app, offers that type of visibility.

“From an industry 4.0 perspective,” he says, “we have some products like Remote 360, which monitors every single aspect of our lasers. We’re expanding that to monitor our automation and that will eventually include the ASTES4, our press brakes and our EDMs. Every piece of equipment that we make – you’ll be able to monitor 24/7.”

For example, LeGrand says that with the Lasorting system a shop manager can go home and check their app to see exactly when a part is cut, by whom, in what shift and when it was completed. Furthermore, a manager can see not only when it was cut, but when it was placed on the pallet, completing the order.

“It’s about visibility,” he says, “giving the customer the information they need to make their shop more efficient.”

Being that the acquisition of ASTES4 by Mitsubishi is fairly new, MC Machinery is in the process of developing a sales, service and support division for the system to help the customer figure out exactly which Lasorting system to purchase. Currently, there are six basic iterations. Footprint requirements help dictate which system is preferable.

“When the system arrives,” LeGrand says, “we’ll be there to unpack and install.”

The learning curve is expected to be quite low, though fully understanding the software package represents the most difficult aspect of it.

“From a nuts-and-bolts perspective,” LeGrand notes, “it’s so automated that, honestly, the user interface as well as the software are where the learning curve will be.”

LeGrand says that with such a comprehensive process, the line between manufacturer and customer is replaced by a true partnership where MC Machinery will be an integral part of the end user’s implementation team and help ease them into production.