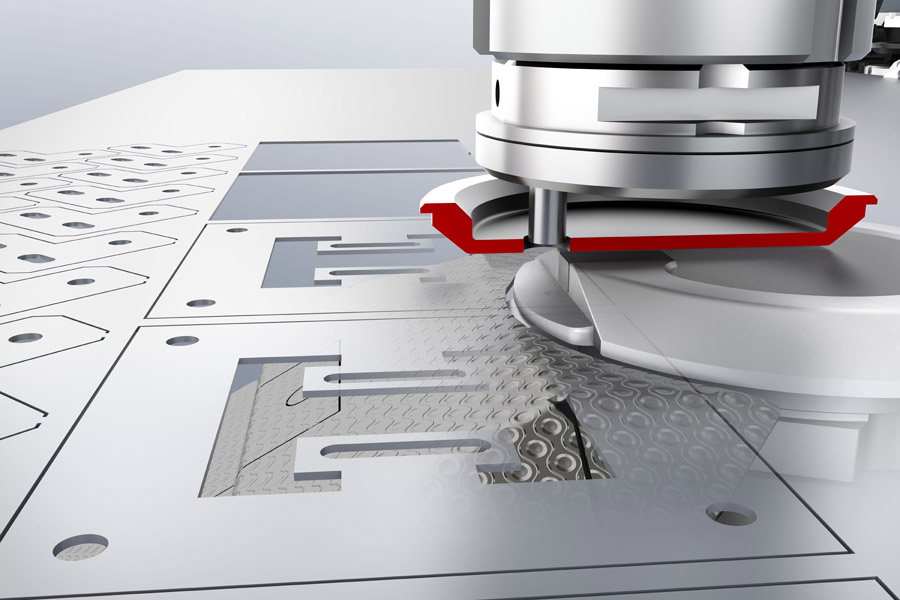 Processing of small laser cut parts on a punch laser machine can be problematic when it comes to parts removal. If the part is small enough, it can be pushed through the laser die and exit out of the machine via a scrap conveyor. This method of removal requires an operator to dig the parts out of the slug bucket afterwards, which is both troublesome and time consuming.

One remedy is the Ejector Tool from Trumpf Inc. Designed for small laser cut parts removal and sorting, the tool provides a convenient and simple way to remove finished parts from the sheet.

Traditionally, when setting a removal for a small laser cut part in a nest, the part would be left tabbed into the sheet and removed after processing, which is particularly common for thin-gauge materials. Or, it would be programed to fall through the laser die and come out the machine via the chip conveyor.

By using the Ejector Tool, scrap can be removed through the die and transported to the chip container while finished parts are ejected down the punch chute and sorted into separate parts containers. This eliminates the need for the finished parts to be separated out later from the scrap bin or removed from the sheet by the operator. 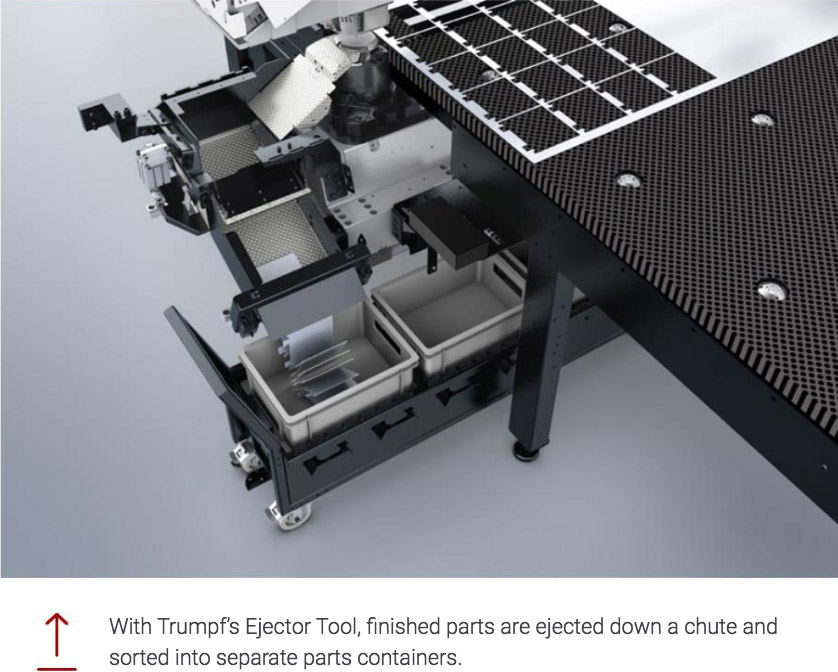 The Ejector Tool is featured on the TruMatic 1000 fiber, a compact punch/laser machine. The machine drive of the TruMatic 1000 fiber is the newly redesigned Delta Drive that allows for the punching head and the die to move independently of one another. This is a key characteristic of the part ejection process.

Unlike the traditional ‘C’ frame design featured on Trumpf punch machines, the TruMatic1000 fiber is a closed frame system. The sheet, when held in by the clamps, can move in the ‘X’ direction only while the punching head moves in the ‘Y’ direction.

When removing a part using the Ejector Tool, the punching head and the die separate creating the offset, which allows for the part to be separated and sorted into the bins.

The Ejector Tool is equipped with two cutting edges, an inside edge and an outside edge. During the removal process, the scrap is separated from the sheet via the inside cutting edge. The scrap then gets ejected through the die and exits the machine via the chip conveyor.

It should be noted the inside edge can also be used for finished parts removal, however, all parts removed through the die will come out of the machine as “scrap,” falling into the slug dump or exiting via the chip conveyor, depending on the configuration of the machine.

Therefore, to achieve the best processing times, it is recommended to remove scrap through the die and finished parts down the punch chute, if possible. For this to be possible, the outside cutting edge of the tool needs to be used for finished parts removal. Again, the punching head and die become offset and the completed part is knocked down the chute. The finished part can be sorted into the different bins fixed to the side of the machine. All that is left to do for the operator is retrieve the completed parts from the bins.

Due to the combination of the laser and punch processing technologies, the finished part will have an edge that is different from a traditional punched or laser cut part. 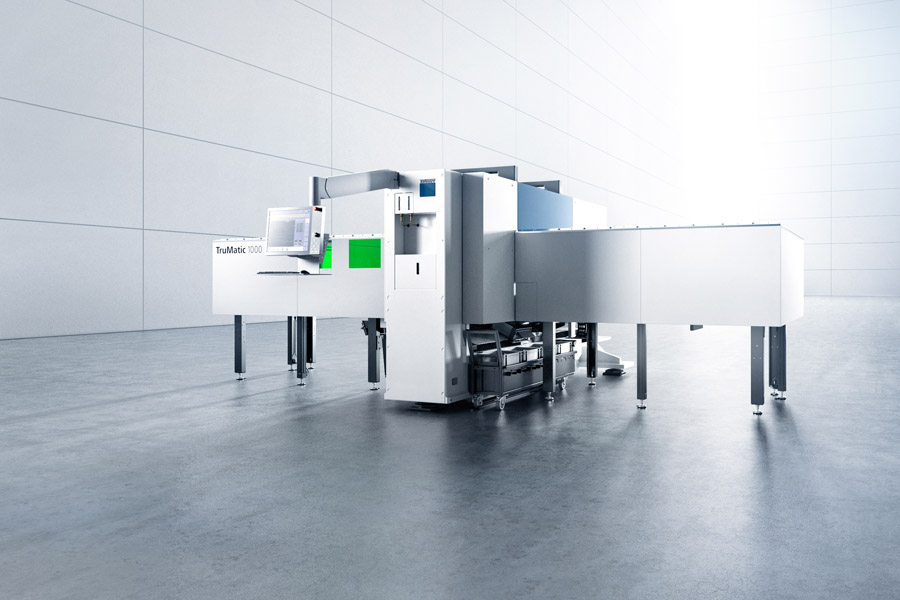 The TruMatic 1000 fiber is a compact punch laser machine, which features the Ejector Tool that helps operators speed up the process of sorting through cut parts.

Programming the Ejector Tool for small laser cut parts removal is straightforward and easy to do when using Trumpf’s TruTops Boost software. When programming the Ejector Tool, it is applied to the laser cut part as a part removal. A single click at the removal site automatically creates the micro-joint flange, or tab, and applies the last hit to the part. The punch insert, which serves as the part knockout, is positioned above the micro-joint flange and the part is then separated from the sheet with a single stroke.

There are five standard knockout shapes: 3 mm round, 8 mm round, 3 mm square, 8 mm square and 2 mm by 8 mm rectangle. The size of the micro tab varies according to the material thickness, part size and order of operations. A micro tab width of 2 mm or approximately 0.080 in. is recommended in most cases. However, with thinner materials and smaller part geometries, a thinner micro tab may be enough.

When nesting the sheet, the part to be ejected needs to fit completely within the removal boundary shown in TruTops. If the part is not fully in the boundary, it may not be removed completely or fall down the punch chute after separation. The separation stroke should always be positioned at the lowest point of the part, the point closest to the clamps, and the knockout edge should be placed parallel to the machine’s X-axis (linear magazine).

Digging small laser cut parts out of the slug bucket or dealing with tabbed parts getting caught in the sheet are both inefficient processes. The Ejector Tool is a clever way to avoid those problems, by providing a convenient and simple way to remove finished parts from the bins. Unsurprisingly, the tool helps increase process reliability and consistency.