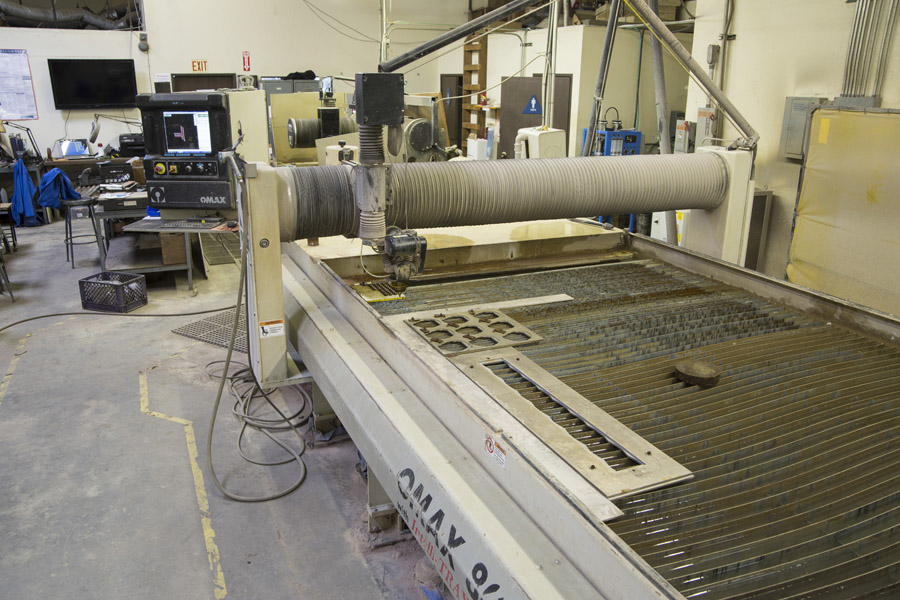 Trupart Manufacturing Inc. has used abrasive waterjet cutting machines for more than a decade, first incorporating the technology in an attempt to generate new business at a time when most of its long-run stamping work had migrated off shore. The decision paid off, and today the Ventura, Calif., job shop is a thriving and diverse business. 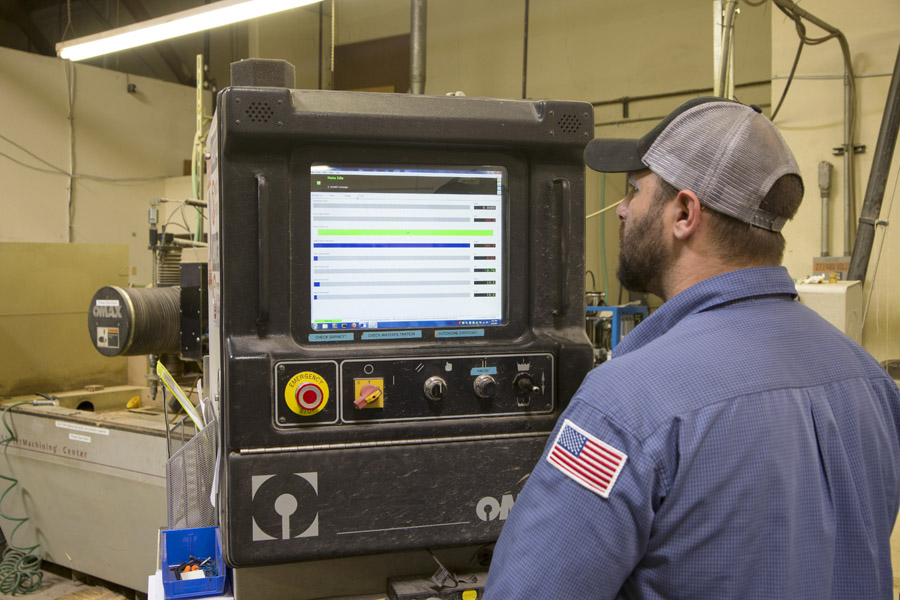 Abrasive waterjet cutting continues as Trupart’s main manufacturing process. The shop has become quite the expert in terms of using the technology to effectively handle virtually any job imaginable and do so at a profit, says Shane Prukop, president of Trupart Manufacturing Inc. In fact, the shop has averaged 30 percent annual growth over the past few years.

Recently, the company was asked by its waterjet vendor, Omax Corp., if it would beta test a maintenance- monitoring and tracking software designed specifically for the vendors’ waterjet machines. The company was asked to beta test Omax’s Intelli-VISOR System Monitoring Package, Prukop says, because of the wide variety of materials and part types with which the company works. Trupart has three Omax JetMachining Centers—2652, 55100 and 80X. The maintenance monitoring software was tested on the 80X. According to Prukop, the result was at least a 20 percent reduction in maintenance for that particular machine.

He explained that the software is able to produce such results by functioning in much the same way as service reminder indicator lights on an automobile dashboard. The software eliminates the need for maintenance personnel or machine operators to keep track of when components will require maintenance or replacement. Prukop says the software alerts the operators before a situation get serious. With known predicted maintenance intervals, “The software has the ability to know exactly how these intervals will vary depending on machine component”he adds. “For instance, certain components will need maintenance sooner when cutting a lot of holes [because] there will be more pressure spikes as compared to when simply straight cutting a piece of thick plate.”

The software makes use of modules that have custom-programmed parameters for gathering data from sensors and processing it according to the limits set by Trupart. Module data is constantly being recorded and logged, such as when a limit is reached. The machine’s controller PC then initiates an alert that is shown on the machine’s display screen or sent via email/SMS to the appropriate person at Trupart. On the display screen, colors indicate the machine’s condition: green is normal, yellow means attention is needed, and red means the machine could stop working from that point on.

Additionally, with Intelli-VISOR, Trupart enhanced its preventive maintenance planning to reduce production downtime. The shop has the capability to monitor pump pressure, abrasive levels, and cutting activity to improve production and accurately predict potential interruptions before even starting to cut a part. 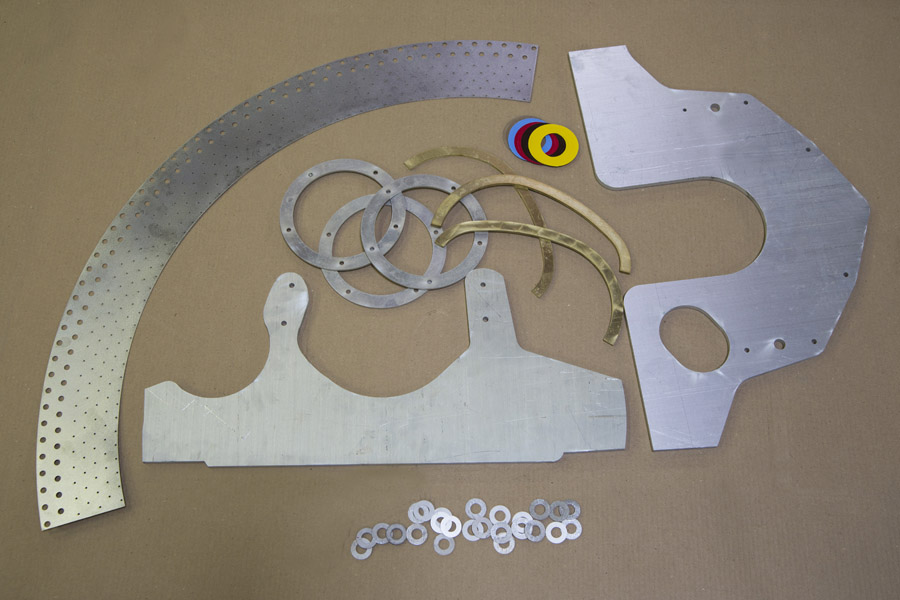 With its abrasive waterjet cutting machines, Trupart produces parts made from diamond impregnated copper to wood, plastic and stone to stainless steel, aluminum, copper, and bronze.

Prior to the new monitoring software, Trupart consistently adhered to Omax’s recommended maintenance program to avoid experiencing what Prukop refers to as the “trickle down effect.” Such a situation occurs when one machine component is pushed beyond its recommended maintenance time, which then puts stress on another component to shorten its working life, and that component, in turn, causes another to break down much sooner than it should.

“Some shops choose to run machines way past recommended maintenance, but in the long run, there are no benefits in doing so,” he pointed out.
“In fact, a shop will end up with a lot more maintenance and most of that will happen unexpectedly and involve higher costs.”

With the new software, Trupart’s waterjet machines never reach critical mass stages stemming from ignored preventive maintenance. That is because the software allows the shop to pick and choose “high alert” situations that, if not acted upon, will automatically trigger the machine to shut down. For instance, at Trupart, if there is a drastic change in water temperature or if the machine’s mixing tube experiences too much wear, an alarm will be sent and the machine will be stopped. 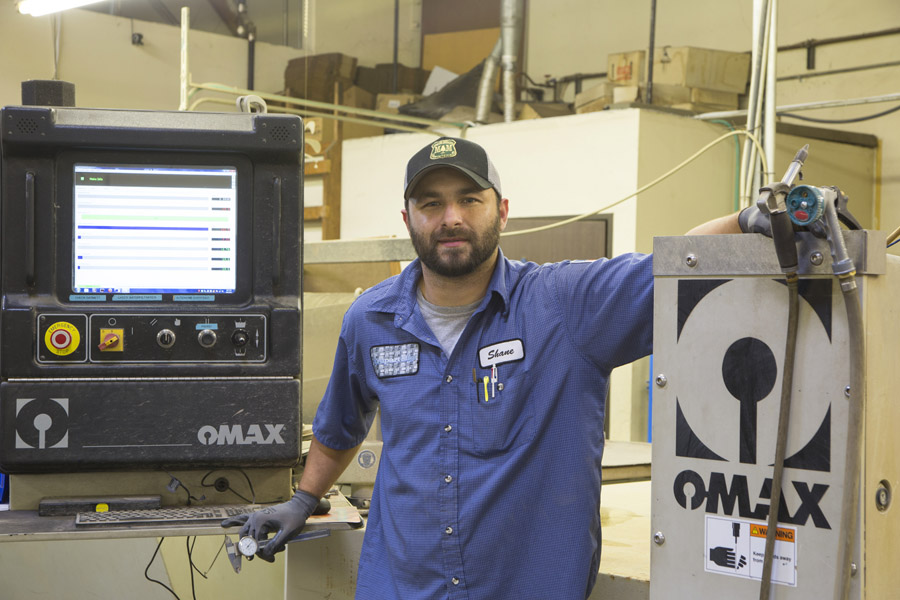 “This built-in flexibility is what we really liked about Intelli-VISOR,” said Prukop. “It is our decision as to what is and isn’t a high alert, as well as exactly which ones will shut down the machine.” He adds that there are standard templates that work for most situations. However, the software allows personnel to tweak settings to specify that notifications be given even earlier, such as when a component needs to be rebuilt or replaced.

For example, prior to using the software, the company only had a rough idea of how long the machine’s high-pressure lines would last. “And to be on the safe side, we would change them out a considerable amount of time before that, forgoing any additional line life we might have had. But now, we change them only when conditions move into yellow, and we are getting maximum operating lives and have reduced the overall number of high-pressure lines we purchase.”

In addition to high-pressure lines, the software provides feedback for pump pressure as well as indicating drops in filter pressure and supply water tank levels. Machine abrasive supply, bulk hopper supply, and carriage hopper levels are also monitored. For Trupart, Prukop said the software has become the shop’s preventive maintenance tool, as opposed to the more typical practice of just running the machine until components “blow.” He said that being warned ahead of time when maintenance is due allows the shop to plan around the machine’s required maintenance times, shuffling jobs to other machines. Prior to this, such maintenance downtime was often completely unexpected.

Additionally, with forewarning, the shop can keep certain critical replacement parts in stock, so there is no time lost waiting for a replacement part to ship. Parts can be ordered during the non-emergency stages or right before conditions turn to red.