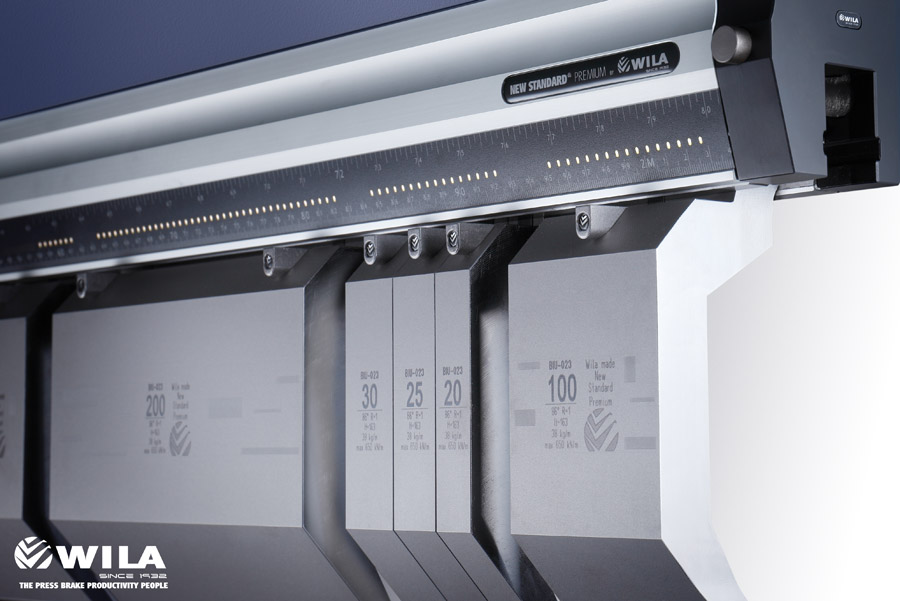 Successful companies know they must keep current on technology if they’re to remain competitive, but they also recognize the risks that come with staying on the cutting edge. Production slowdowns, quality problems, loss of profitability – these are just a few of the potential glitches that manufacturing managers must avoid when introducing a new machine tool or software system. Mitigating those risks is oftentimes a painstaking dance between prudence and sticking one’s neck out just a little too far, especially when people’s jobs (including your own) are on the line.

Jack Wehrle knows all of this. He is the chief operating officer at Humanetics Precision Metalworks Ltd., a 40-year old, 400-employee manufacturing company with headquarters based in Carrollton, Texas. Wehrle and his team have begun a gradual process of reducing setup times for their sheet metal bending processes. The results so far have been impressive.

“Our setup times have easily been reduced by up to 80 percent,” he says.

Humanetics services an array of industries, including oil and gas, defense, telecommunications and more. It has three facilities in the Lone Star State and one in Wuxi, China, and boasts enough fabricating, machining and welding equipment to fill several football fields. Among these are more than 40 forming presses, which until recently were all operated in a manner familiar to sheet metal shops everywhere.

“In a conventional press brake process, the operator is a mechanic of sorts, tasked with developing the bending process and then deciding what tools would be used, installing those tools in the machine and then trying it on a part to see if it works,” Wehrle says. “If it works on the first try, great, but most of the time it doesn’t, and you have to try a different approach, using trial and error until you eventually get a good part. Depending on the operator’s skill level and the complexity of the part, it might require several tries to get things dialed in, and for our more complex parts, it could take up to 1 1/2 hours to set up.” 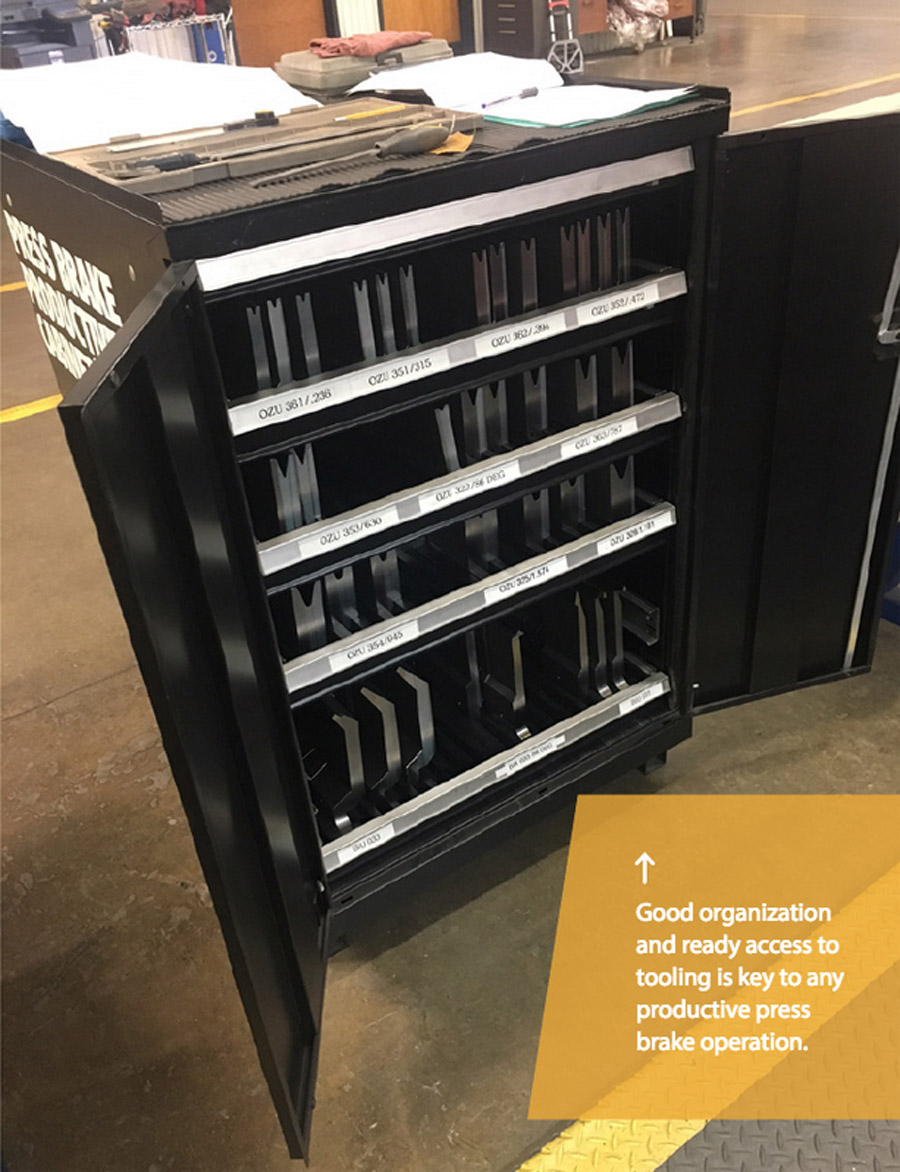 The setup time reduction project started more than two years ago. Executive management gave a group of Humanetics engineers one year to evaluate four of the top press brake manufacturers and their wares. Potential machines were scored on various factors such as accuracy, speed, first part yield and ease of use.

To assure a level playing field for everyone involved – and because Humanetics had already decided on the tooling system for the winning machine – Wehrle contacted his Wila USA tooling representative for recommendations on how to best bend the set of test parts. Then, he asked the rep to send the appropriate tooling to each of the four candidates.

The winner was a Safan Darley E-Brake 100-3100, which is a 100-ton, 122-in. (3,100-mm) servo-drive press brake from regional machine tool distributor Capital Machine Technologies Inc. According to Wehrle, the machine tested 20 percent faster than its competition, accuracy and first part yield scored at the top, and the Humanetics team agreed the software was both powerful and easy to use, leading to reduced setup times.

“The Humanetics team was very thorough,” says Capital Machine regional sales engineer Brent Anderson. “The four competitors were all high-end, capable machine tool manufacturers with knowledgeable engineers on staff. Everyone was responsible for figuring out the best way to process the part, but the tooling concept was the same. It all came down to the machine and the software.

“Jack and his group did a marvelous job of putting everybody through the ringer, to the point that we felt like we’d blown the test after they left,” Anderson continues with a chuckle. “I wouldn’t want to play poker with them.” 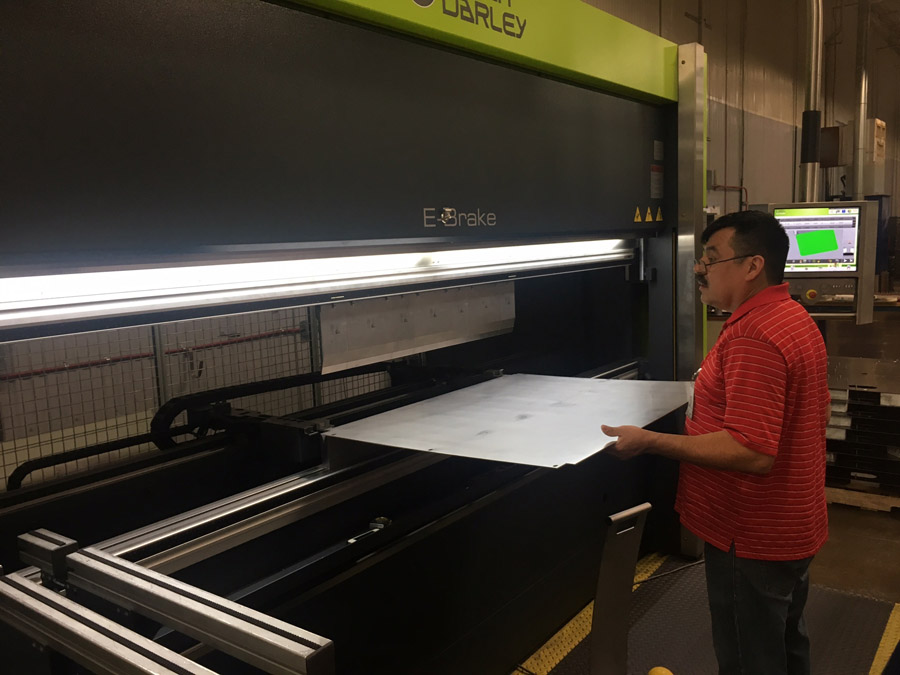 Humanetics found the Safan Darley press brake to be 20 percent faster than competing machines for its applications.

But of course they didn’t blow it, and Humanetics took delivery of the Safan Darley and its hydraulically clamped Wila tooling system in mid-2016. They also took delivery of a SigmaBend offline programming package and implemented it in tandem with the press brake. Between a new machine, new software, new tooling and a completely new way of doing things, Wehrle was eager to see if his gamble would pay off. He wasn’t disappointed.

“I tracked the return on investment for the first year, but it became obvious within the first few months that the machine was paying for itself,” he says. 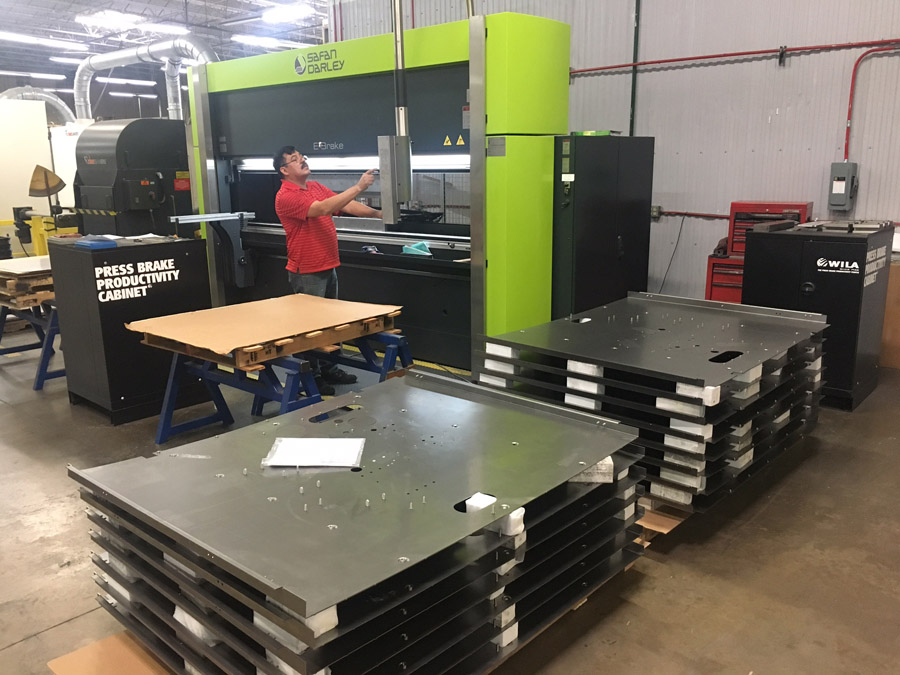 Yet Wehrle is quick to point out this success story isn’t about the machine, despite its capabilities.

“It’s a collection of things: the accuracy of the tooling, the hydraulic clamping, the programming software,” he says. “If you look at each of those independently, they all bring benefits to the table. But put them all together into a complete package and they’re exponentially better.”

Wehrle ticks off a list of attributes that have made setup times a fraction of what they once were, and have reduced the first piece scrap rate to zero.

• The Safan control uses a 3-D rendition of the part to display the bending sequence, depicting how it looks at each step. The operator can’t lose track of where he is in the process, decreasing the risk of crashed tools and greatly improving safety.

• Not only does the Wila tooling make tool changes much faster, but once the tools are clamped in place, there’s no fine tuning, shimming or adjustments. The machine is immediately ready to bend parts.

• The setup sheet is electronic. The machine tells the operator what tools are needed, where to find them and where they should be placed. Wehrle says this makes the first setup fast, but the second one even faster.

“Our setup time also includes first part inspection, documenting certain dimensions and part attributes,” he explains. “So it’s more than just loading tools and bending the part. If that’s all we were concerned with, you could literally make a good first piece in less than five minutes. It’s really quite amazing.” 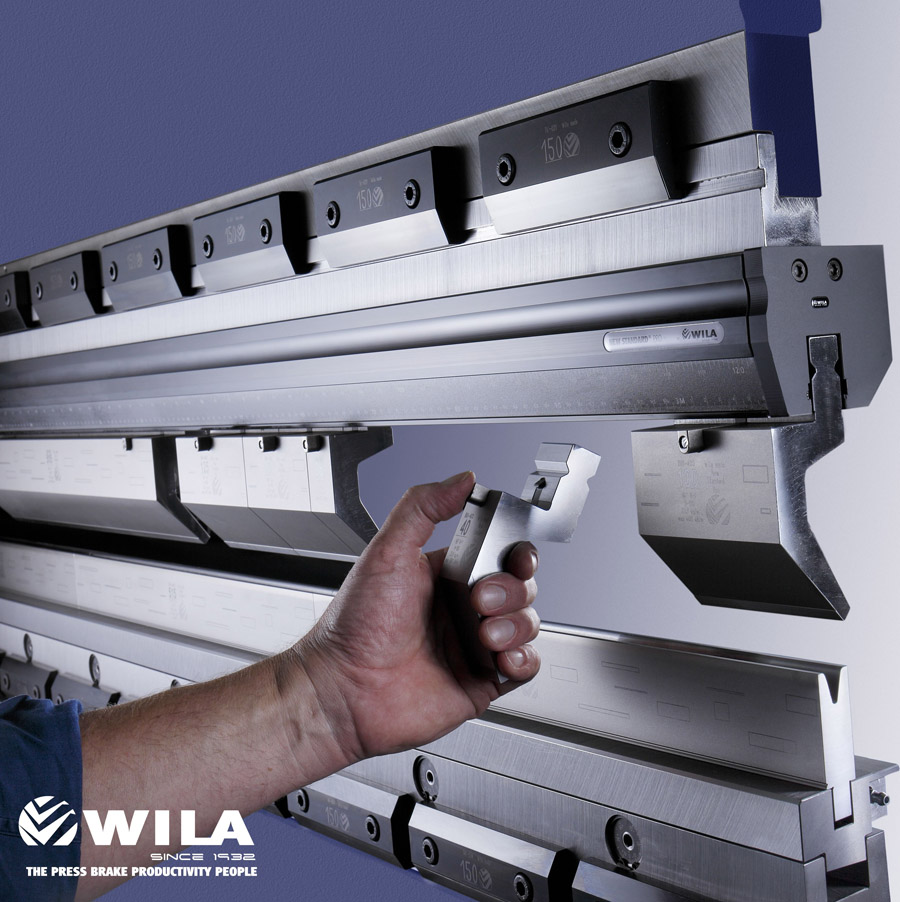 Wila’s new standard tooling snaps into position. There’s never a need for tweaking or shimming, and the machine is immediately ready to bend parts.

Few would argue that a good chunk of the setup time reduction comes from programming offline, which eliminates the downtime associated with an operator standing at the machine control plugging in part dimensions and bend values and calculating tonnage and figuring out which tool to use. Between that and the quick-change tooling, Wehrle has found it necessary to shift his lower volume work to the Safan machine to best leverage the new capabilities.

“I don’t want to tie that machine up on a job that’s going to run for 10 hours,” he says. “That’s one of our biggest challenges right now – we only have one Safan, so we try to send all of our smaller lot sizes there. A long running job might be 25 or 50 pieces, and most aren’t more than a handful of parts. Yes, the machine has proven itself to be around 20 percent faster than the others we looked at (and much faster than most of our legacy equipment), but that’s pretty insignificant when you stack it up against the faster setup times.”

Wehrle hopes to remedy the “one machine bottleneck” soon, but in the meantime he and his team will continue to embrace their brave new bending world: air bending.

“That was another big deal for us, and is something I would warn others not to underestimate,” he says. “We’ve been using traditional bottom bending techniques for the past 40 years, but the new Wila tooling uses air bending technology. It meant a significant change to our manufacturing process. The first three months especially were quite challenging as we adapted to the new concept, and if it hadn’t been for the consistent support from our Safan distributor, Capital Machine, I don’t know that we would’ve made it. Like I said, the tooling, the software and the machine make a complete package, but having a good partner is what helped us bring it all together.”