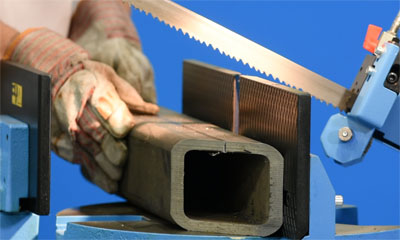 If cutting large solids all day or making a clean slice through Inconels aren’t in the daily job description, a large, expensive bandsaw probably isn’t the tool of choice. However, if cutting through bundles and tubing is more in line with the ordinary work detail, a smaller, less expensive machine would more than suffice.

DoAll Sawing Products’ latest line of bandsaws hits on those and other important talking points with the 320 series, named after its 320-mm cutting capacity. The series includes the DS-320M (manual), DS-320SA (semi-automatic) and S-320CNC (automatic) models.

That includes electrical conduit, small square tubing and small pipe or bundled material. The bandsaws all include a chip brush, have a machine cutting capacity of 11.75 in. by 12.5 in. (300 mm by 320 mm), and are designed for a range of profile and full material metals.

The scissor-style and dual-swivel capabilities also come equipped on all versions, providing the ability to miter cut single pieces efficiently up to 60 degrees right and 45 degrees left, depending on the model.

However, the three versions each have unique qualities that will appeal to different job shops.

The DS-320M is suitable for research and development, repair shops and test labs, but isn’t intended for high-volume work, though it can carry a heavy blade for heavy-duty cuts. It’s flexible and easy to use, especially for operators without much sawing experience.

The DS-320SA feed system offers a better “head down” operation where the head picks up automatically while vices clamp down on the material. It also features variable frequency drive with programmable feed rates for improved efficiencies.

The S-320CNC is well-suited for moderate and high-production work, yet it’s flexible enough to quickly jump to small jobs that require only a few cuts. Plenty of options are available, including a lube mister and an automated blade speed adjuster for entering materials, which extends blade life.

Ask any business owner and they’ll agree that the price point of a new machine is always important – as is the flexibility to work with different materials and cutting angles. And with floor space almost always at a premium, saws with a smaller footprint are also in demand – as long as they don’t compromise on features.

Keeping all of that in mind, DoAll addresses those key concerns in its 320 series while also building in ergonomics to make it easy and safe to work with.

With ergonomics in mind, DoAll took into consideration the height of the work area. Traditional horizontal bandsaws have a path line of around 30 in., which requires the operator to bend over while making cuts.

The 320 saws, on the other hand, have a higher pass line, which allows the operator to stand at a comfortable position. Plechaty says the 320 series offers more of a “tabletop work height.”

Furthermore, with the CNC version, operators don’t have to handle the material like they would on a manual saw – they only have to offload finished pieces. And, the saw will make pre-programmed straight or angled cuts on both ends of the material, making it easier for operators who perform the exact same cuts every week, over and over.

Other automated features found on the CNC version include a work height sensor that allows materials to be fed to the saw at a rapid rate.

When the sensor registers that the saw is about to enter material, the speed rate is adjusted for prolonged blade life.

“It takes the impact out of hitting the material at high speed,” Plechaty says of the speed adjustment. “It really optimizes your cycle time.”

Factory-installed options for the three versions include a mist-style lubrication system and a discharge vise. The CNC version also has the option of adding a chip conveyor.

Finally, the control panel is out front, easily accessible and equipped with Mitsubishi hardware and DoAll’s software. DoAll utilizes Mitsubishi’s operating system, but DoAll employees do all the programming. Operators can choose from multiple jobs, which can be loaded through a USB data stick.

“It’s a great advantage in terms of the economic material handling as well as safety standpoints,” Plechaty says. “It’s a big time saver, too.

Vibration is a bad word in sawing, and it’s something that every operator wants to avoid. And that’s why DoAll was sure to address it in the 320 series – as is the practice with all of the company’s equipment. At its essence, vibration is a function of the lack of stiffness, Plechaty explains.

“All of our machines are designed with that in mind,” he says of reducing vibration. “Even with a bi-metal blade, if it chatters, it’s going to deteriorate the life of that blade. We are cognizant of that in the design of all our saws; we minimize the vibration and chatter through stiffness and rigidity in all the machines.”

Another aspect to improving blade life includes the use of lubricants. Plechaty explains that the optional mist lube is “generally a good option.” Flood coolant is also an option. However, if it’s something that clients will use infrequently, he warns that the coolant reservoir becomes stagnant and “pretty rancid” over time.

“We minimize the vibration and chatter through stiffness and rigidity in all the machines.”
Kurt Plechaty, executive vice president, Continental Machines Inc./DoAll Sawing Products

“It depends on the utilization,” Plechaty says of the lubrication option. “How often it’s used and how often it needs to be cleaned are major factors. A lot of the time, the mist is a better option. However, the mist does not give you as good a blade life as the flood coolant.”

Aside from reducing heat, coolant also carries chips away, offering a better finish surface on the cut, faster cutting and extended blade life. 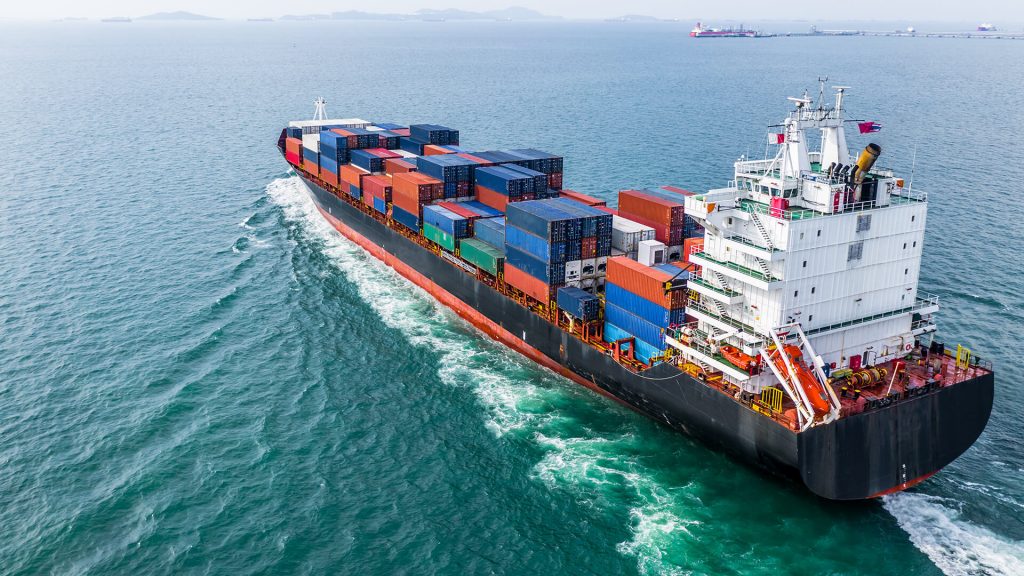