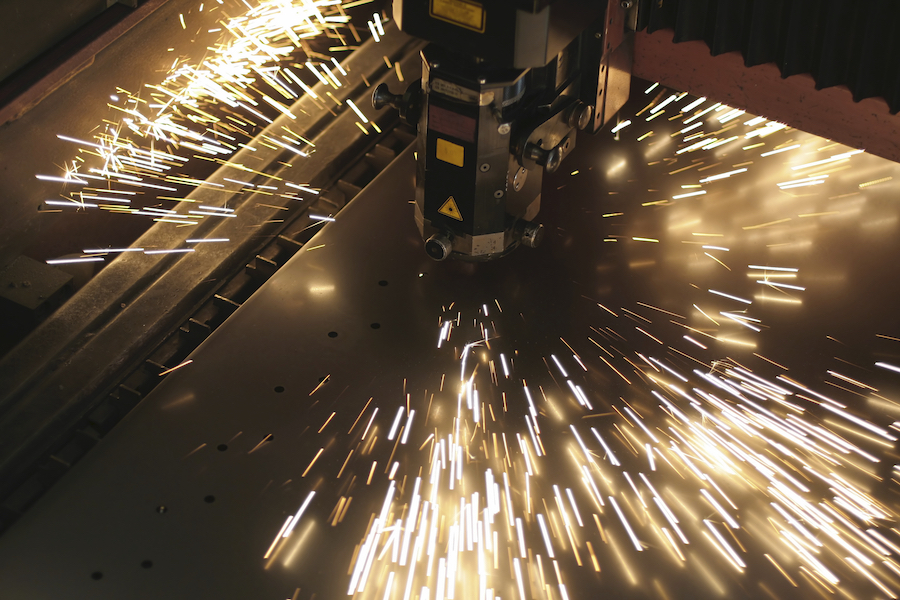 In their infancy, industrial lasers were “a solution seeking a problem.” Developed by Theodore Maiman, the first working laser quickly resulted in a number of skeptics based on the lack of practical issues it could solve.

Sixty years later, however, and lasers have become the go-to for a wide range of applications, including telecommunications, barcode scanners, Blu-Ray and DVD players, distance measuring devices, eye surgery, tattoo removal, dentistry, medicine and more. Lasers are also commonplace today for cutting and welding processes as well as additive manufacturing. If only those skeptics could see the laser in action today.

Lasers have become so ubiquitous, however, that it’s easy to forget that they aren’t without their flaws. As just one example, prolonged use can affect the performance of a laser. Reuven Silverman, photonics general manager, Ophir Optronics Solutions Ltd., explains.

“Over time, all lasers can experience a change in power,” he says. “It probably doesn’t change dramatically within the first hour of operating it, but as contaminants get inside the laser, optical components can start to get a little dusty and that can impact performance. The diode pump inside can also slowly lose power over time. Nothing lasts forever, and lasers are no different.”

Without the ability to measure a laser’s power, manufacturers in the past may have seen a slight change in the quality of their laser welds, for example. In those instances, they were either too minimal to worry about or were chalked up as scrap. As businesses advance further toward Industry 4.0, however, manufacturers have better control of what’s happening on their production floor, and these quality issues – no matter how minimal they may seem – are no longer acceptable.

“As manufacturers continue to embrace the tenets of Industry 4.0, they learn more and more about their operations,” Silverman says. “This insight allows manufacturers to produce less scrap, but it’s not just about the cost of scrap. If we’re talking about laser welding in the automotive industry, for instance, there could be a tendency to over-weld to account for a potential loss in laser power. Over-welding requires extra power consumption. In addition, it can result in added weight, and in terms of vehicle fuel efficiency, the last thing you want is more weight.”

Speaking of Industry 4.0, some may wonder about all of the intelligence features that are continually being embedded in laser equipment to deliver set-it-and-forget-it operating ease. When the buzz around town is that users barely have to pay attention, the idea of unstable power levels can come as a surprise to many modern laser users.

“A lot of the equipment on the market today has some sort of measurement capabilities baked inside,” Silverman says. “The idea that a high-power laser isn’t going to change is a misnomer, and the same goes for the idea that you can fully rely on these automatic features to the degree that your application might require.”

As Silverman relayed in a press release for Ophir’s newly released Ariel compact laser power meter, accurately measuring laser power is critical for ensuring product quality, repeatability and process validation. The issue in doing so arises with a high-power laser, “which tends to require devices that are large and slow, making it difficult to incorporate power measurement in OEM equipment and production operations with closed and confined spaces.”

As a compact device, Ophir’s Ariel addresses these issues and can do so in almost any environment – it’s so small that it can fit into the palm of a user’s hand. Overall, the Ariel is a self-contained, ultra-compact laser power meter designed to measure high-power lasers up to 8 kW. Designed for industrial settings, it’s rugged and robust, dustproof and waterproof, battery-powered and doesn’t require water or fan cooling as the laser passes through it.

Furthermore, when compared to standard power meters, the Arial offers enhanced flexibility. It can measure a wider range of wavelengths, operate in continuous or short exposure mode, deliver up to five times faster reading times and can be operated standalone or wirelessly.

The Ariel works well for metal cutting and welding, but because of its small size, it is particularly useful for OEM and end-user applications in closed and confined spaces, such as additive manufacturing (AM).

“It’s very small and highly portable, so it can go into places that some of our other high-power meters can’t go,” Silverman says. “Another benefit of the Ariel’s design is that other laser meters require water cooling, which means water must be able to go in and out of the device. Running cables in and out is non-trivial and time consuming because an AM machine is supposed to be sealed. Conversely, the Ariel device relies on passive cooling, so no cables are required. Furthermore, it has a built-in display, allowing users to take a reading while it’s still inside of the AM equipment.”

In a welding application, the Ariel’s size is also a boon as the device can accept large-incident angles beams – which, in turn, is also useful in an AM machine chamber when measurements are needed in the corners, for instance. Furthermore, the Ariel is also able to measure power in blue and green lasers, which are often utilized when welding copper.

“Let’s say you want to laser weld copper as fast as you can,” Silverman says. “Obviously, the speed at which you can weld is related to the power that’s coming out of that laser. If your power is below the expected level by 10 percent, the outcome is that you might lose 10 percent of your throughput. If you aren’t measuring your power, you’ll have no idea why you are losing so much in productivity.”

From small to large

For users that are dealing with laser power beyond 8 kW, Ophir recently released its Helios Plus laser power meter, which is a larger unit, meaning it is more well suited for cutting and welding applications than AM.

Like the Ariel, the Helios is able to measure a wide range of high-power lasers while measuring additional wavelengths, such as blue and green lasers. It can measure lasers up to 12 kW in an expanded choice of wavelengths: 450 mm to 550 nm (blue/green) and 900 mm to 1100 nm (infrared).

The Helios Plus is serving as the power meter of choice in the automotive industry for heat conduction welding with blue and green lasers. This application is particularly useful as the need for battery welding and connecting small copper parts in electrical components for electric vehicles grows.

The use of blue and green laser sources in this application is relatively new, but is delivering significant benefits in terms of stability and efficiency. As with any new process, there is a learning curve. For this specific application, that learning curve requires a greater familiarity with laser wavelengths.

Overall, the data that can be garnered from both the Ariel and Helios is critical. For the Ariel, the way the data is leveraged is limited to power level measurement, which is, of course, important.

“The Helios Plus, however, is in a different world,” Silverman says. “It’s significantly larger and can be automated. Data can be automatically sent to your network, and programmers can easily set up upper and lower limits with an alarm or alert saying that something has happened to laser six on their line, for example.”

In the end, the choice of the Ariel versus the Helios versus no additional measurement device at all really depends on the customer and the quality of their lasers.

“Certain process are more stable or less prone to contamination than others and won’t vary as much while lower quality equipment might degrade faster,” Silverman says. “So, it really depends on the customer – what kind of laser equipment they’re using and how sensitive the application is to laser power variation.”