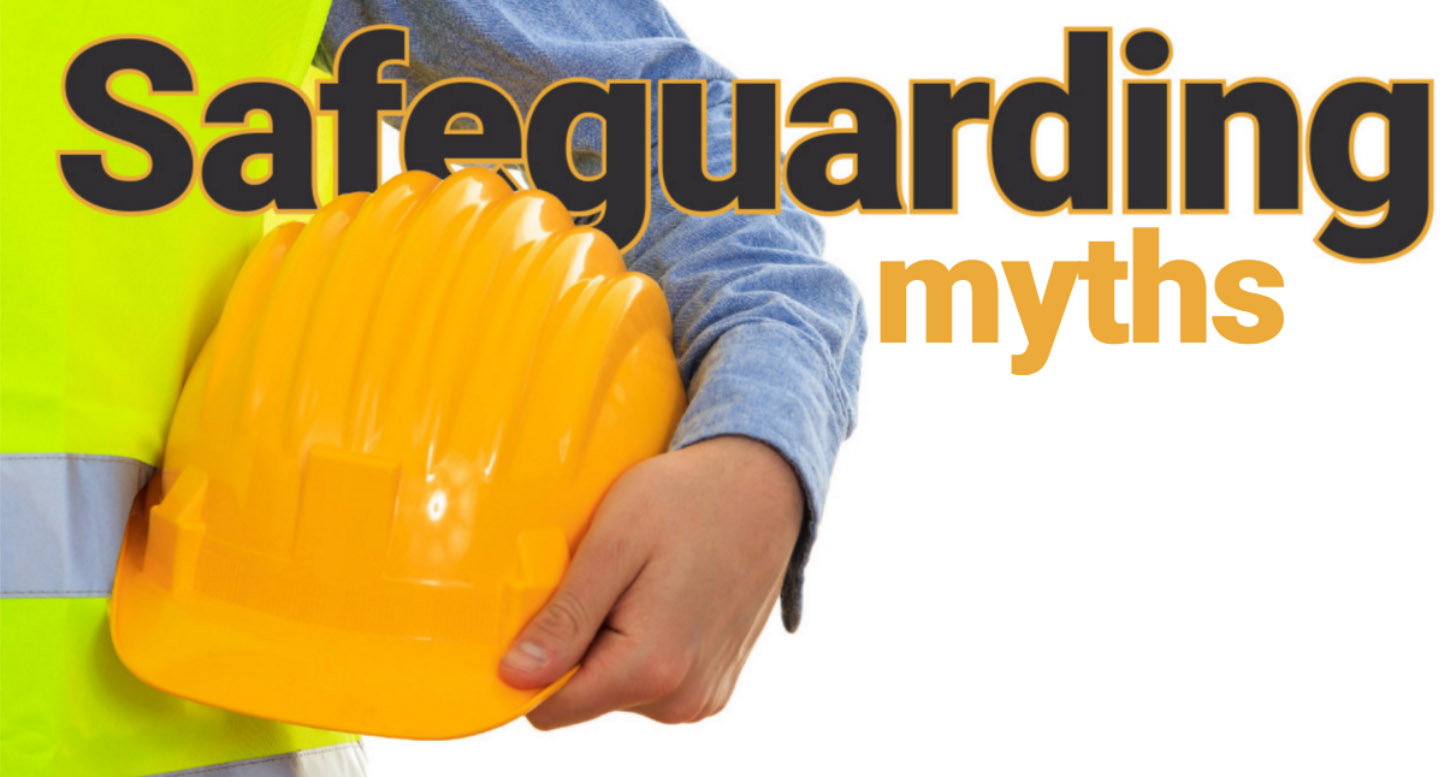 Metalworking takes powerful and often dangerous machines and equipment. Whether it’s a spinning engine lathe, multi-ton press, large drill or a powerful laser cutter, the machinery is hazardous when not used carefully and without protective guards and mechanisms in place. OSHA says workers suffer roughly 18,000 amputations, lacerations, crushing injuries, abrasions and other injuries occur every year. Worse yet, around 800 workers are killed on the job every year.

Although these numbers aren’t related to metalworkers only, but rather to workers in all industries, they paint a serious picture. Sometimes all it takes is the right safeguarding on the machine to save a worker from a devastating injury. Yet, a lack of proper machine safeguarding is among OSHA’s top 10 most cited violations. The penalty pales in comparison to other expenses related to injuries, which include lawsuits, lost productivity, damaged equipment, medical expenses and personnel replacement.

“Worst of all,” says Carrie Halle, vice president of marketing at Rockford Systems LLC, a company that produces safeguarding equipment, “these accidents can cause severe life changing injuries or death.”

Roger Harrison, director of training at Rockford Systems, along with Halle recently hosted a webinar titled “Debunking the top four myths of safeguarding” to shed some light on areas regarding safety that might be confusing. 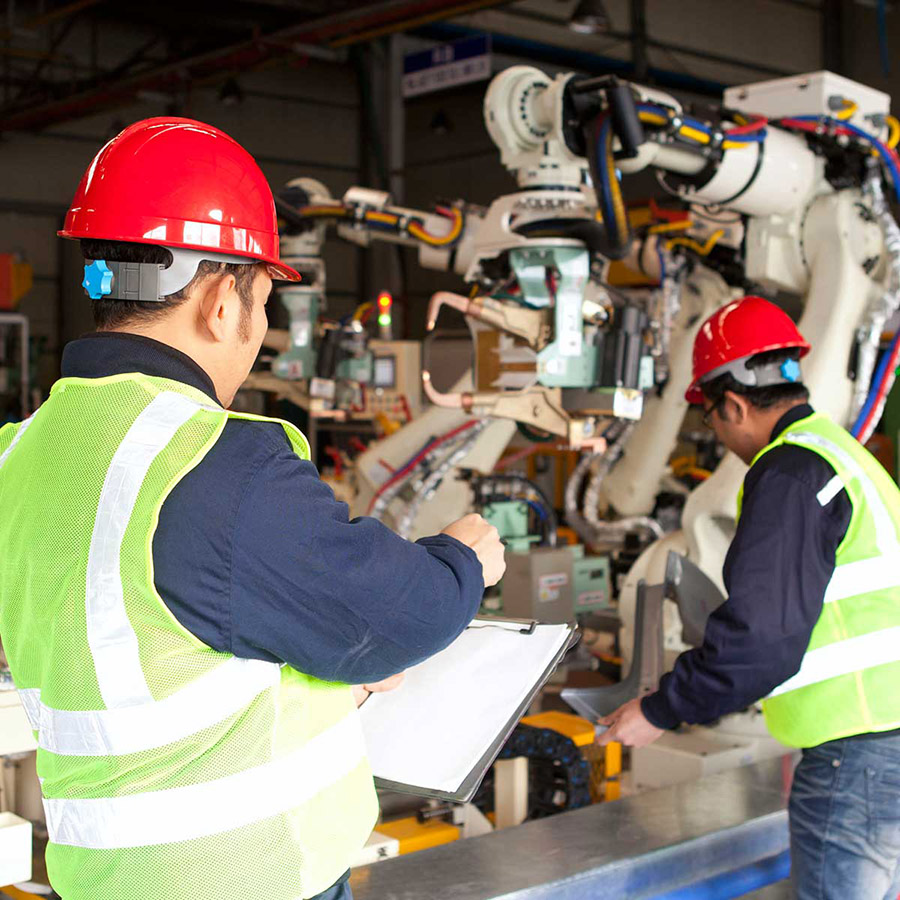 Close attention to ANSI and OSHA safety regulations not only prevents companies from being fined, it also protects the well-being of workers.

“New machines are safe because the manufacturers sold them as fully compliant with OSHA regulations and other safety standards.” May or may not be true.

Harrison says the degree to which machines are safe depends on the country in which they were built and the safety standards that the machine manufacturer used as a guideline for designing, building and installing the control system, electrical components and safeguarding.

Another factor is the expertise of the OEM in regard to safeguarding the machine. Some OEMs might be reluctant to add more cost to a product by installing safeguarding.

“I heard a press manufacturer a few years ago say, ‘we provide presses and a press is just a big powered hammer – a general service machine,’ so they hesitate to provide the safeguarding for that reason,” Harrison says.

That position is beginning to change in some regions, such as Asia and Europe where manufacturers often supply their machines with safeguarding. Some American machine manufacturers are following suit.

Harrison says every time the American National Standards Institute (ANSI), which is the organization that oversees the consensus standards for systems, personnel, processes, services and products, updates their standards, they follow the lead of European standards to “hopefully harmonize our standards to eventually meet theirs.”

Harrison offers the example of a situation where the power has gone down while a machine is in operation. To ensure that the machine doesn’t come back on unexpectedly when the power is restored, magnetic motor starters can be installed, which require activating the start button to restore power to the machine.

“Older machines are exempt from OSHA’s machine safety regulations because they are grandfathered in.” Not true.

Any machine, regardless of its age, must meet minimum OSHA regulations at the very least, Harrison says. To make sure older machines are meeting a higher safety benchmark, he advises companies refer to the 24 ANSI B11 safety standards, which offer excellent guidelines for metal processing machines. Of particular note is ANSI B11.19, the standard for safeguarding methods that lays out information required for guards, devices, distance, location and opening.

OSHA doesn’t revisit regulations often, which is why Harrison recommends looking to ANSI, where the writing committees have to revisit standards every five years.

Three options are available to the ANSI standard writing committees:

2. Re-affirm the standard, (carry it over with no changes)

3. Drop the standard or combine it with another related standard

Aside from going above and beyond what OSHA requires, adhering to ANSI (and other consensus) standards may also help companies prove they did their due diligence in case a worker is injured and a lawsuit ensues.

An example of an older machine that predates OSHA and ANSI rules would be an engine lathe with no covers over the gears, belts or pulleys that drive the lathe. To meet OSHA’s requirement, companies that own one of these lathes can refer to OSHA 1910.219 (Mechanical Power Transmission Apparatus) along with ANSI B11.6 and find out how to protect their workers from these exposures.

Another example would be a pre-1957 J-head Bridgeport vertical milling machine, which is still used in many shops today. Like the old engine lathes, these too have exposed belts that need to be covered. Companies can refer to OSHA 1910.219 along with ANSI B11.8 for details on how to safeguard milling, drilling and boring machines. 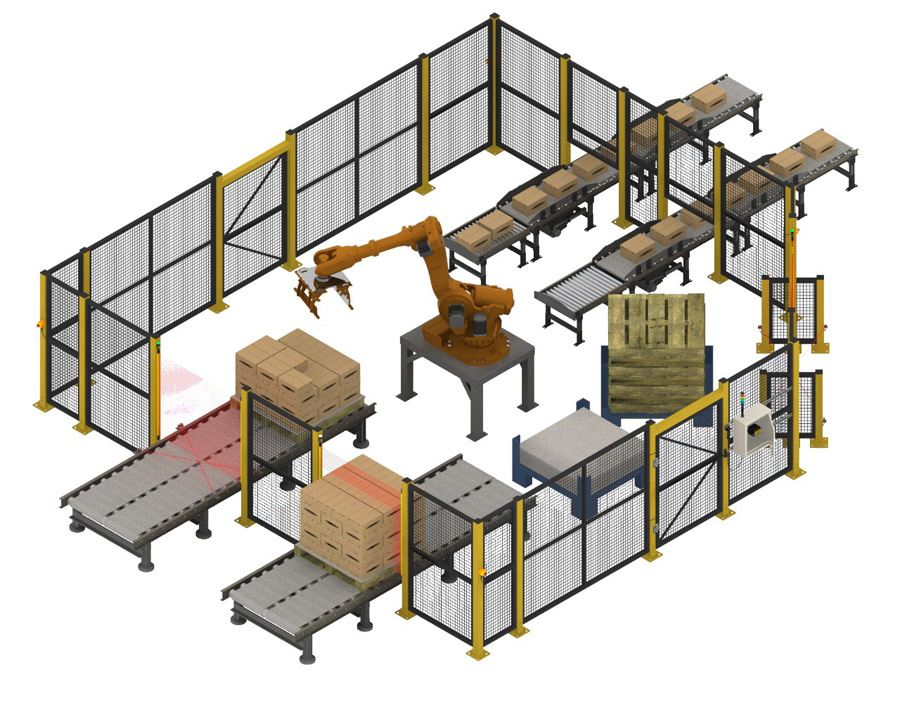 “Automation cells containing industrial robots are always properly safeguarded by the robot supplier.” May not be true.

Some robot suppliers aren’t comfortable producing safeguarding equipment, so they leave it to a third party. Harrison notes that perimeter guards with interlocks should be the basis for safeguarding any larger robot, such as the 6-axis type. Vertically mounted light curtains are also a good option for robot work areas where a worker could enter. An area laser scanner can also be used to detect a worker in an area that could pose a threat to their safety by emergency-stopping the robot.

When considering automation cells, Harrison notes the more stringent standards often come from Europe. For example, the EN 954-1 safety-related parts of control systems standard covers the prevention and detection of faults within a machine. Although this originated with European regulations, much of this has already been incorporated into ANSI (and other consensus) standards in the United States.

There are five categories of safety-related parts of control systems.They can be summarized this way:

In most cases the best-practice is to use the highest category component available, which is usually, but not always, Category 3 or Category 4.

“Light curtains aren’t all the same,” Harrison warns. “If you Google ‘light curtains,’ the best practice is to make sure you’re looking at a Category 4 device, which many brand names offer. Light curtains in lower categories are also available.” 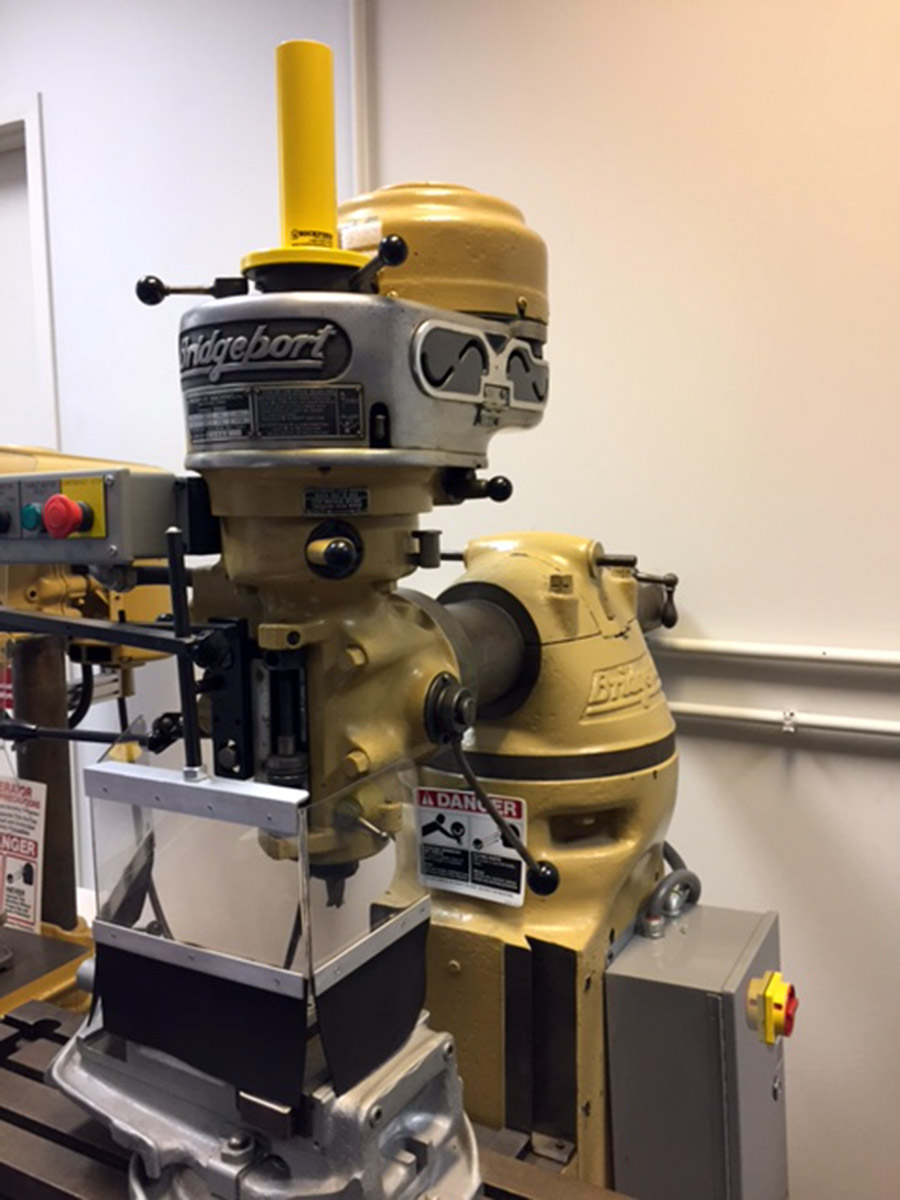 Older machines aren’t “grandfathered” into safety standards. Regardless of age, they require safeguarding.

“OSHA regulations are only guidelines, not the law.” Not true.

Two congressmen from Wisconsin introduced legislation in 1970 establishing OSHA. The biggest “catch-all” in OSHA regulations is the “general duty clause” (5)(a)(1) that requires employers to provide a place of employment free from recognized hazards causing death or serious physical injury, which is essentially a safe and healthful workplace.

OSHA started out with all 50 states being under federal jurisdiction. In recent years, about half of the states have petitioned to become a “state approved plan,” while the rest remain federal. In most states, the regulations between the two are very similar, Harrison says.

In any case, failure to follow these regulations results in citations.

OSHA 1910.212 requires employers to provide guards, devices, methods or some combination of the three to protect people from hazards. However, because OSHA’s machine guarding regulations have changed little since 1975, Harrison again advises that companies follow other standards to “fill in the details” left by OSHA’s wording.

Again, as Harrison explains in myth 2, the best place to go for advice, especially for a company that’s been cited for a violation on a metal processing machine, is the ANSI B11 standards. Harrison recommends paying close attention to B11.19.