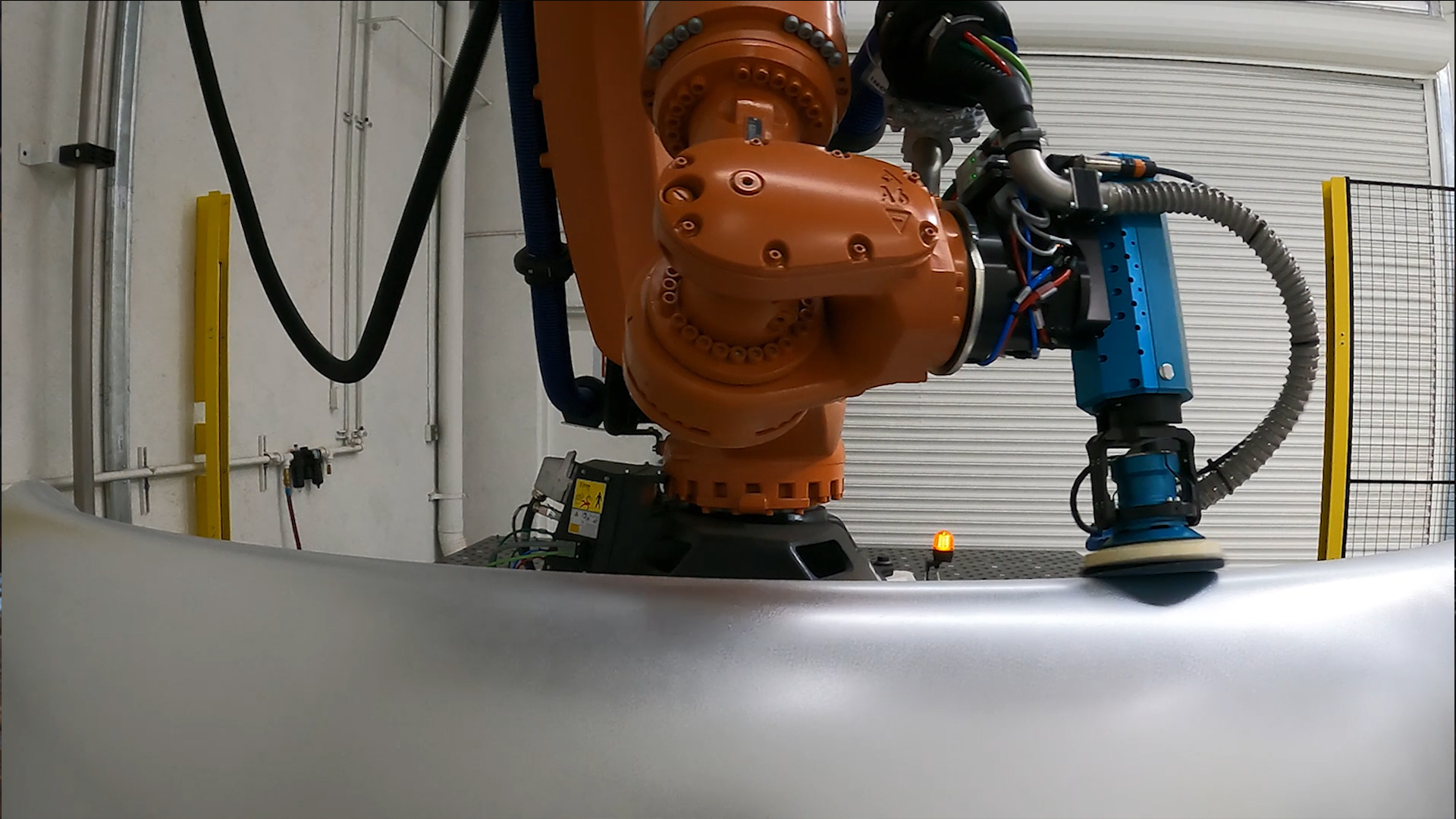 Though not a household name, California’s McStarlite Co. makes parts that are instantly recognizable to anyone who has seen an airplane. For decades, the company has fabricated sheet

metal parts for the aerospace industry, including lipskins, the doughnut-shaped rim that attaches to the front of an aircraft’s engine housing. This metal rim must be carefully machined and shaped to ensure that air flows smoothly around the engine.

Once shaped, the part is then polished. Traditionally, this polishing was done by hand. A skilled operator could spend hours painstakingly honing a single piece. The work was inefficient and hard – taking a toll on a worker’s back, legs and arms. In addition, hand polishing could lead to inconsistent finished parts because the end result was dependent on the skill and technique of the person doing the work.

That’s why McStarlite recently made the decision to automate this polishing step, adding a Kuka robot programmed with Hypertherm’s Robotmaster software. Now, instead of hand polishing lipskins for Airbus A350 airplanes, the robot is doing all the work.

“Automation is something we had been wanting to do for over a decade,” explains Saravanan Rajaram, who is responsible for quality assurance at McStarlite. “Automation standardizes the finish and consistency and improves our cycle times, which we’ve been able to cut down by two thirds.” Although reducing cycle times and increasing production were the driving factors for McStarlite, the company also appreciates the software’s simple user interface. This made it easy for the company to teach its employees how to program the robot.

“We are very proud that we kept the same people that were doing the manual labor and trained them to be operators,” says Dimitar Nasev, a vice president at McStarlite. “Robotmaster’s simplicity of use enabled us to repurpose the people that were doing the manual labor to now use the robot. Even operators with basic education can use and program the robot, eliminating the need to hire specialized trained operators.”

“The optimization capabilities are absolutely brilliant,” Rajaram notes. “I have done a little bit of programming myself, and troubleshooting errors and correcting them is a complicated and time-consuming process. Robotmaster makes the process very simple, further reducing the time it takes to program the part.”

The software utilizes offline programming (OLP), which is one of two main methods of programming a robot. Unlike the “teach” method, where the operator stands near a robot and moves the robot from point to point, saving each movement as they go along, OLP uses 3-D simulation to program the robot on a computer. Once the paths are programmed, the operator can then simulate and edit those paths as needed.

This helps to perfect the program virtually before sending it to the actual robot. There are many benefits including faster programming, less downtime, fewer errors and greater versatility because OLP software like Robotmaster is often brand agnostic. A company doesn’t have to stick with one robot brand.

As a result, McStarlite is now able to maximize profits and quote lower prices on future jobs. In fact, the company’s move to automation and the use of Robotmaster software has been so successful, it is planning to add more robot cells, such as a rotary table, to polish larger parts like full engine cowlings.

McStarlite isn’t alone. Despite a severe shortage of skilled labor, companies are often nervous about introducing robots and automating their processes. They see robots as an extremely expensive and complicated undertaking. They fear they will spend money on a robot that will not work out for them. And while those fears and concerns may have been warranted 20 years ago, they aren’t any more.

Robots have advanced to the point that even small and reserved companies are adding robots to their facilities. There are a few reasons for this: Robotic costs have come down, software is better and programming is much easier. In addition, the rapidly increasing cost of labor makes robots all the more attractive by shortening the return on investment. 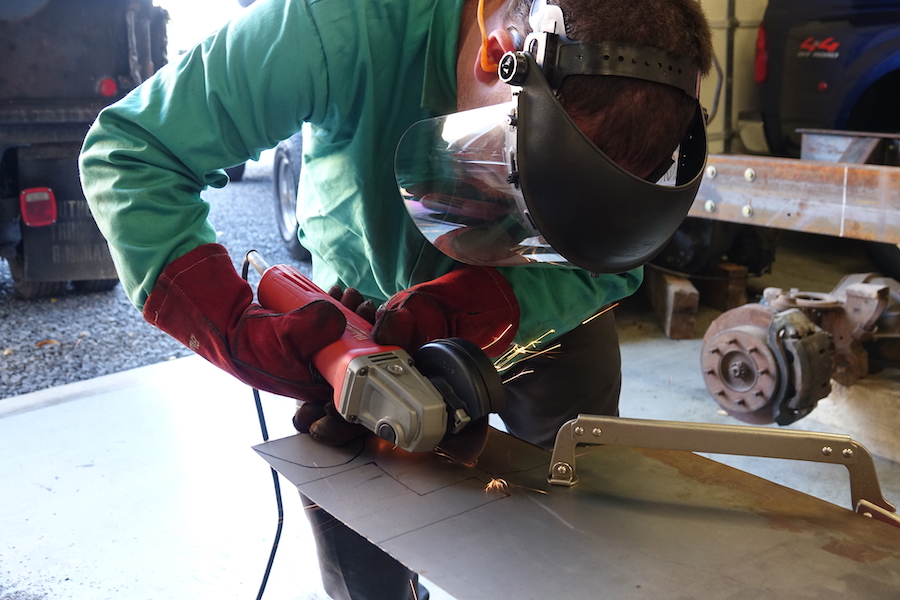