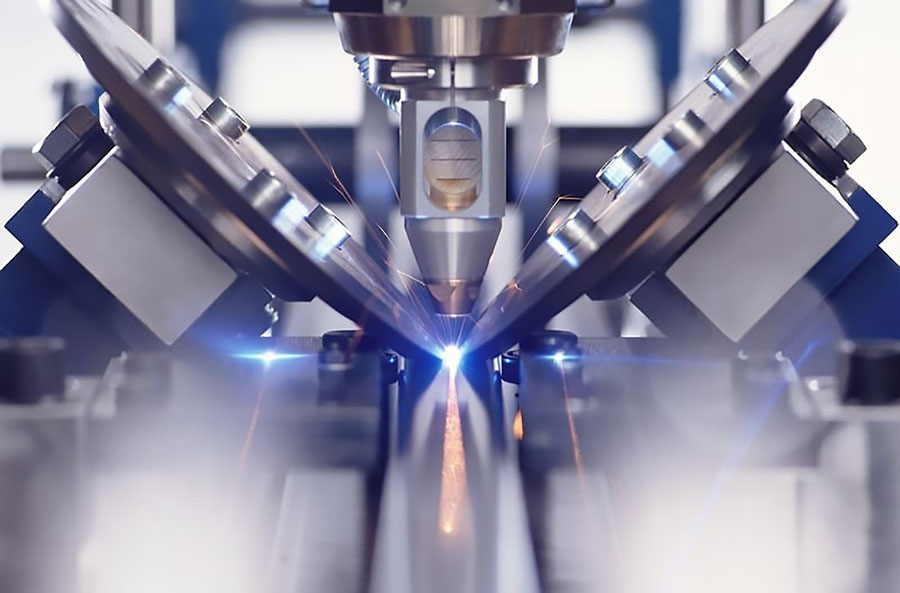 Quality assurance can sometimes be an “afterthought” when it comes to laser welding. This isn’t to say that it is not considered important or even that it is not undertaken. What this means is that sometimes the assurance comes after the weld has already been completed.

“If all these three phases are appropriately addressed during welding, it is possible to make sure that the weld component is a fit for a specific application, and that meets specific requirements for that specific application,” said Paola De Bono, senior project leader in the Special Materials and Joining Group at the U.K.-based TWI Ltd.

De Bono, along with moderator Chris Allan, part of TWI’s technical project management team, examined some of the processes, procedures, and equipment that are used before, during, and after laser welding to assist users in reducing the number of weld defects and identifying the remaining defects.

Laser beam welding, she said, is a high performance joining process that can offer significant benefits over conventional welding, including advantages in terms of high speed, low-heat input and low distortion, and flexibility in application such as joining complex shaped parts, and high speed beam switching between welding stations.

Despite these advantages, some still perceive laser welding as complex, expensive, and dangerous. However, modern laser systems are safer and more affordable. And, while the weld joints that are produced are generally good, the need for monitoring and control of key process variables remain.

While the hour-long session, which focused primarily on open joints, couldn’t be all-inclusive, the presenters were able to address several issues, offer practical advice on the welding process, and describe some of the technology used to position, monitor, and control the welding process.

Set up, the first phase, is critical, said De Bono as she outlined procedure development and qualification, materials preparation, positioning and fixturing, and the role that machine vision can play in helping to find and track joints, and ensure acceptable joint fit-up. 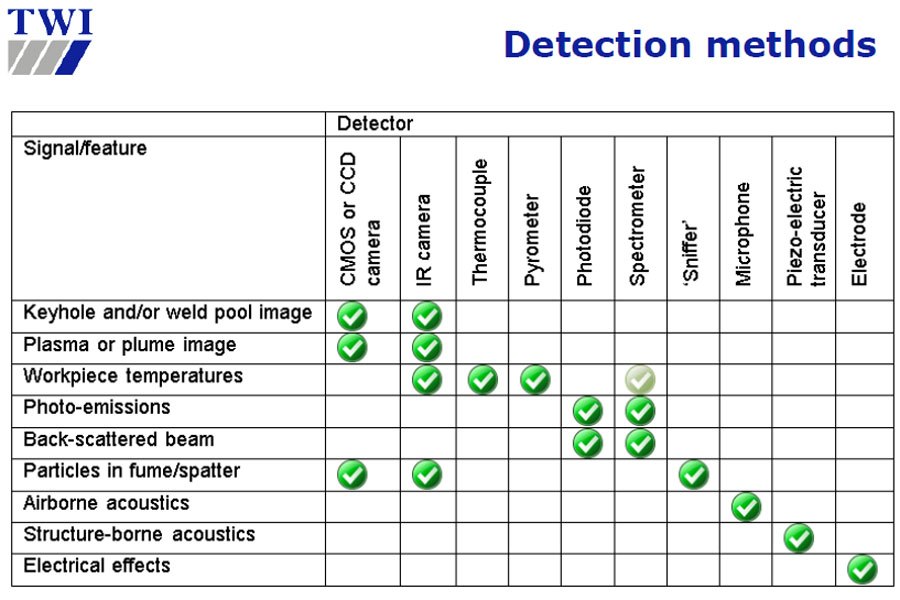 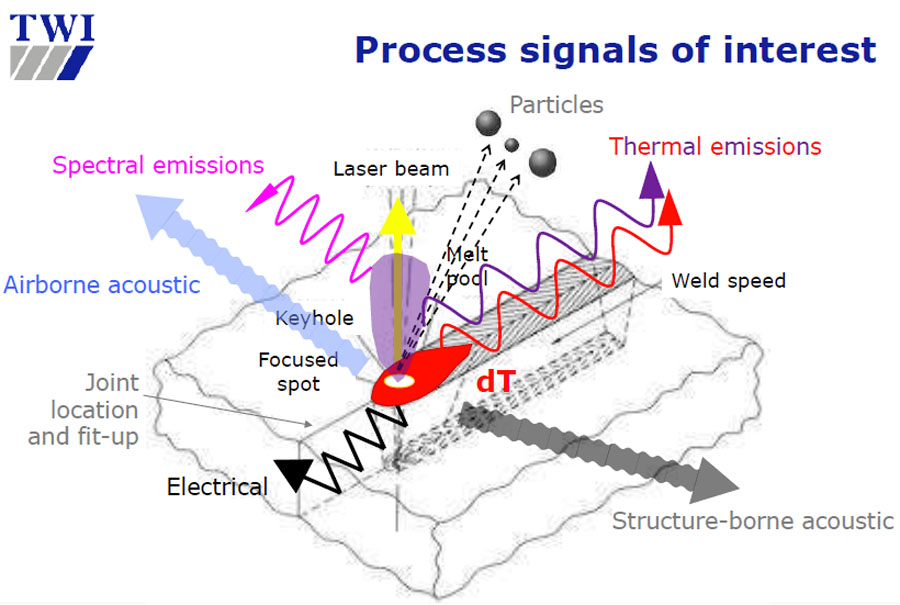 The laser welding process gives off various signals from thermal to acoustic. Each of these signatures can be captured and analyzed.

Spending a few minutes discussing the challenges of selecting the appropriate equipment from the spectrum of available technologies, some of which are showcased in the sidebar on page 15, De Bono then launched into some practical shop-floor issues, offering several rules of thumb.

One of the first things to consider, De Bono said, was parameter selection. What are the welding procedures and what welding specifications are required for the specific job “so that the definition of the appropriate process [is known] to make sure the process is well controlled?” 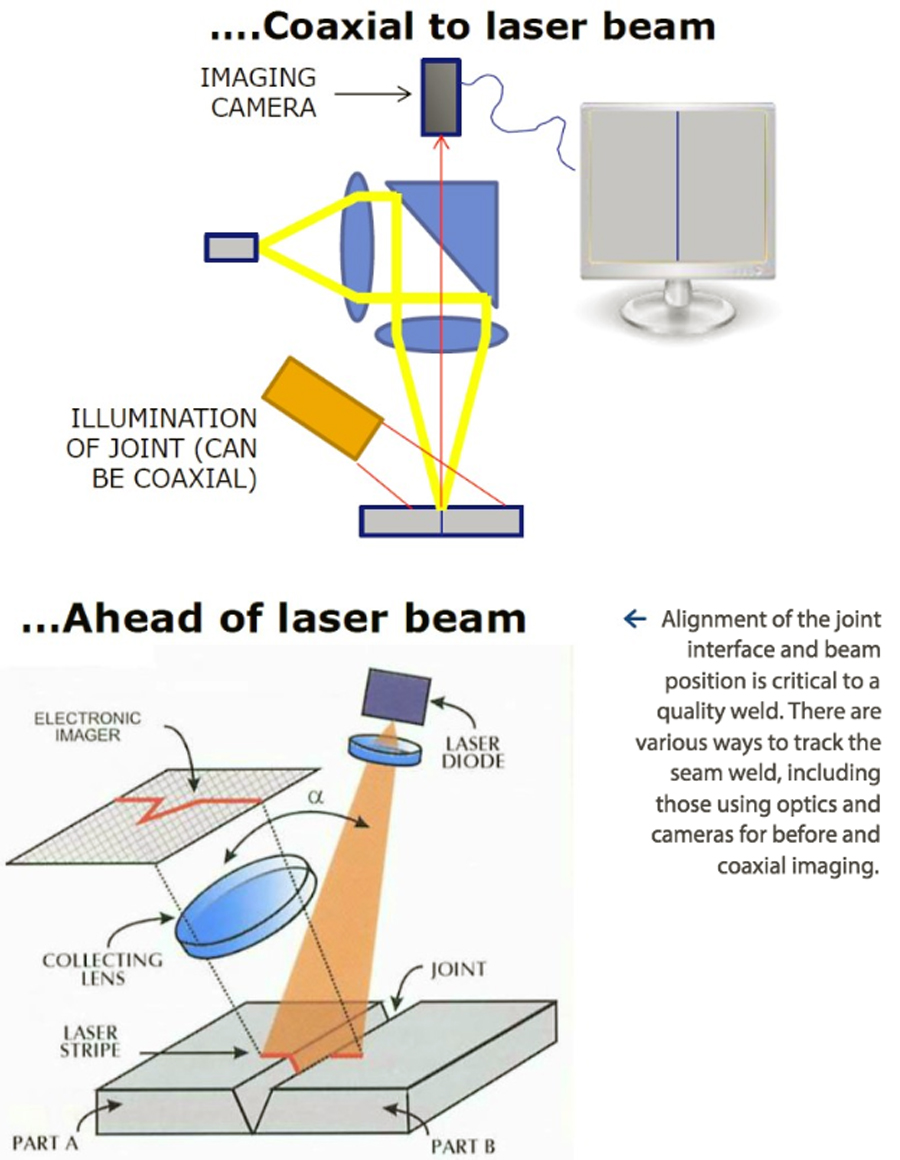 To identify the appropriate process “envelope,” as De Bono referred to it, she outline a series of possible approaches to take. This included the one most welders are likely to have used: trial-and-error. Previous experience, too, is “very important, especially to select the starting parameter from which to [begin] to optimize the process,” she said.

More sophisticated, in-depth analysis is also possible for use in developing parameters such as modeling, and a designed set of experiments (DOE). The DOE process is “a mathematical analysis procedure in which possible variables affecting the process are considered, and those variables are taken into account as well as a range of values,” she said. “Through statistical analysis, it is actually possible to identify which variable or combination of variables are significant and which ones are not. Going through a statistical analysis it is possible to achieve a graphical picture of the process envelop within which the welding process is stable, and also establish how the significant parameters influence the quality of the weld.”

After developing this “definition of the process window,” De Bono said that the setup of the workpiece is another important aspect to consider—material preparation is fundamental, especially at the joint interface. De Bono looked at edge preparation, cleanliness and fit-up and offered a few rules of thumb:

• Cleanliness is also extremely important, she said. To get a good weld joint, the component should be free from moisture and grease, again, especially at the joint interface.

• In terms of fit up, De Bono said that it is not sufficient that the edges of the component (to be welded) are well machined, but that they be a good match at the joint.

The last aspect in this phase that De Bono addressed was the alignment of the joint interface in relation to the position of the beam. Generally, this alignment should be less than the radius of the beam spot size for this position, she said, adding that there are a series of techniques and methods to make sure the seam weld, i.e. joint interface, is found, and tracked.

One possible way to do so is through clamping and tacking prior to performing the weld. The joints can be pre-tacked near the spot weld in order to make sure that it stays in position. Commercially available equipment can also be used to show the exact position of the joint interface and make sure the alignment is correct in relation to the laser beam. These systems, as seen on page 14, can determine positioning prior to welding through optics and camera based systems.

In addition to the location of the joint interface position, she said that the beam must be appropriately controlled. As an example, she looked at how the beam’s required output power must match the actual power delivered. Something as simple as a power meter can be used to measure the power output range. Other equipment can also check the shape of the beam profile.

Finally, De Bono considered manipulator characteristics, especially translator or rotational speed, and accelerations and decelerations at “starts and stops.” To track speed, a tachometer can be used or another, more sophisticated technique can analyze the actual release of the beam spot while the manipulator is being moved. “Depending upon the distance, it is possible to tell the speed of acceleration.” 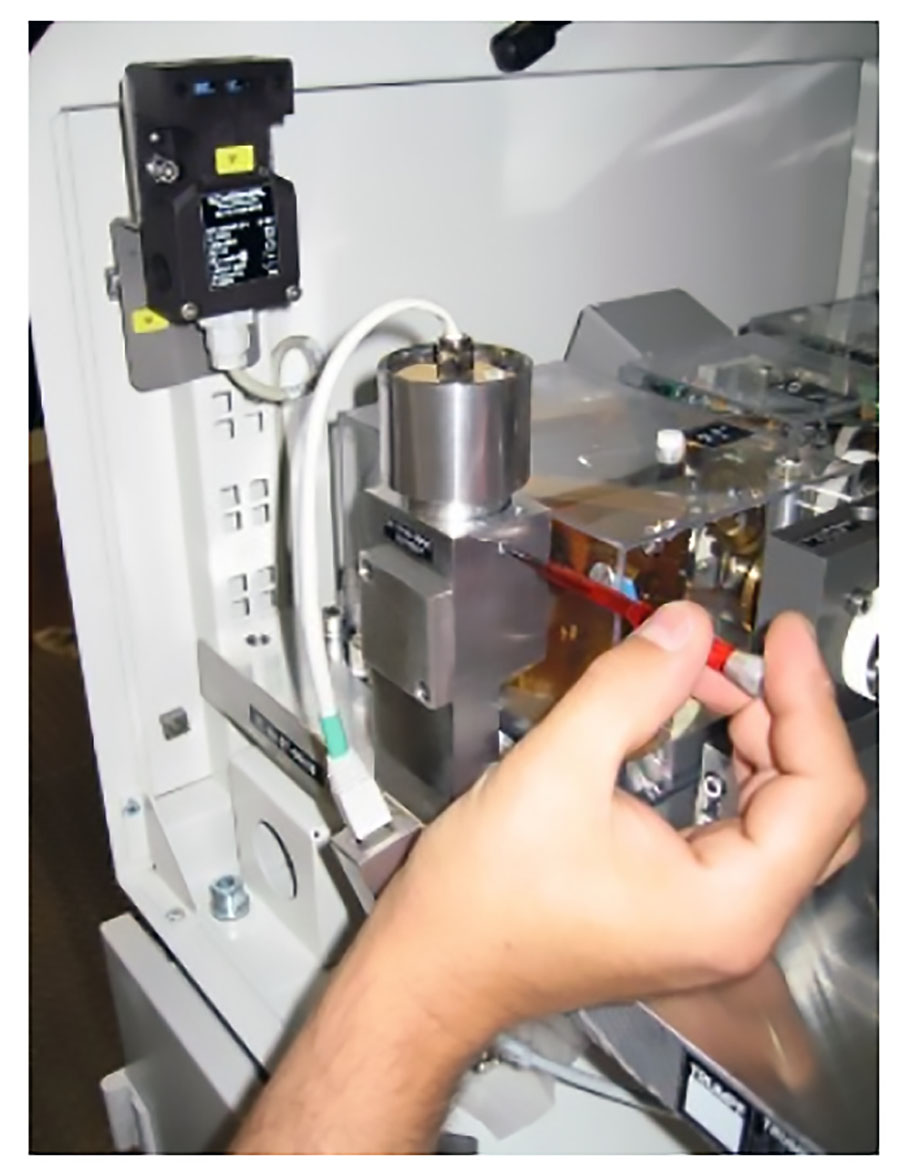 Among the commercial offerings showcased during TWI’s Webinar, the 4D WeldWatcher can monitor process emissions using a sensor sited within the laser.

During welding, i.e., the processing stage, a wide variety of process features can be monitored, said De Bono. Some of the features that can be monitored are temperature, photoemissions, sounds, keyhole depth, and more.

According to De Bono, during the laser welding process various types of emissions occur. She refers to these as signals, which can be compared against known or assumed emission levels. For instance, when the laser beam irritates the work piece at the joint interface, a keyhole is generally formed and the energy delivered during that formation can be analyzed. These types of emissions are just one of a series of signals that are emitted by the workpiece during laser welding as seen in the graphic on page 13. Another signal that can be analyzed are thermal emissions. During the laser welding process, a change of temperature occurs and thermal emissions emanating from the molten pool, vapors, and possibly the keyhole, can be analyzed. Spectral imaging including UV and infrared can monitor the temperature reached during the welding. In addition, during weld some of the laser beam is reflected back and this reflective radiation energy can be analyzed.

Other features that can be monitored, include the size and shape of the keyhole and the weld pool. Weld hole/ keyhole imaging detection is typically accomplished with CMOS/ CCD cameras, infrared cameras, and coaxial through the laser beam systems. In addition, real-time image evaluation is becoming possible at lower frames per second (fps) to detect process changes and misalignments of the seam. Other features that can be measured include the plasma or plume image, temperature workpiece temperatures, photo emissions, back-scattered beam, and more. For a list of some features and the methods to detect them, see the table on page 13. 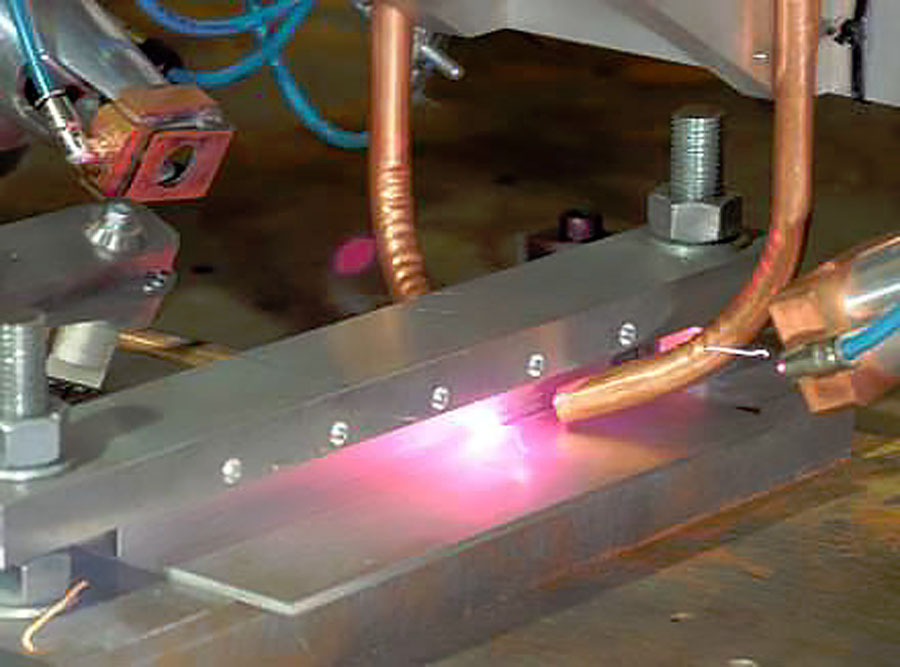 Laser welding has a number of advantages including the ability to automate the process with robots and for remote welding.

Finally, addressing post-processing of the weld, De Bono focused on the available sensors available for ‘in fixture’ inspections, and urged her listeners to not forget the ‘more traditional’ inspections and tests.

A seemingly simple and obvious question that needs to be asked at this point is what to inspect during this phase?” Answers include production welds (following the WPS), “Production-like” welded parts, procedure qualification test coupon welds, and also the tacks, starts, overlaps, and stops if they are on the parts. Deciding which to do will depend on the various industry and customer requirements, and added that standards and codes should give guidance.

Most of the technologies outlined here are used to monitor the process before, during, or after the weld procedure. But monitoring, said De Bono, only means that the welder is “wise after the event.” Timely interpretation of monitoring signals, for true control, can be quite complex and challenging, she said, but added that real-time monitoring options are becoming more available, and newer technologies are in research and development.

De Bono pointed to the “Radicle” project, supported by the TWI, which stands for real-time dynamic control. According to the Radicle’s Web site, the project aims to create a multisensor, real-time adaptive control system that can integrate sensor data in real-time to adjust the laser parameters while the process occurs.