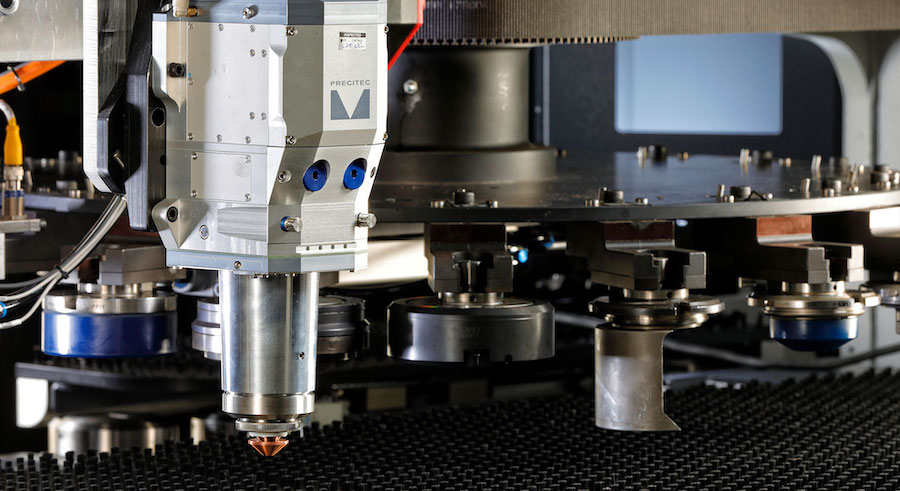 In 1873, Gastonia, N.C., began as a small railroad depot. The crossing of two railroads and the beginning of the textile industry in the city brought great opportunity. The initial population of approximately 200 people occupied the town of less than one square mile.
Less than 100 years later, that textile industry influence brought opportunity to Herman Reeves, as well.

Reeves began by working after hours in his garage to complete projects for customers from the textile mills. Grabbing his opportunity, he started his own company in 1962 and began what is Herman Reeves Sheet Metal Inc., which today is a thriving company.

Reeves stepped down in the 1970s for health reasons, asking Mike Clagg to step in and take over the business. Clagg, a graduate of Appalachian State University, has been the president for nearly 50 years.

The company expanded its facility in the early 1990s from the original 5,000 sq. ft. to 15,000 sq. ft. In 1999, a 15,000-sq.-ft. adjoining facility was purchased and the business expanded again. It was also around this time that Mike’s son, Josh Clagg, joined the company. After graduating from Elon University in 1998, Josh worked on the construction side, installing material handling and filtration ductwork systems for nearly two years before being moved into management and eventually becoming

“We are a family-owned company that has been in business 60 years,” he begins. “The main reason for our continued success is my father’s innovative ways of trying to grow the business. The company wouldn’t be where it is today without a lot of forward thinking in addition to being dedicated to making quality products.”

Today, Herman Reeves Sheet Metal has 45,000 sq ft. of manufacturing space and about 40 employees. The company services many sectors in metal fabrication beyond the textile industry, including HVAC. It specializes in sheet metal and ductwork fabrication for industrial and commercial applications.

“We make parts for air conditioning units for a major manufacturer and provide heavy ductwork from around 10 to 22 gauge,” Clagg says. “We’re known for making heavy ductwork. This diversity has brought stability as well as many opportunities for the business.”

Part of the company’s forward thinking involves reinvestment in new machinery to expand to meet the demands of its existing customer base and bring in new business.

“As a small family-owned shop, we are always upgrading to have the latest and greatest equipment in order to stay competitive,” Clagg says.

The newest piece of machinery is an LVD Strippit PX 1530-L punch-laser combination machine. Manufactured in the United States, the machine has been in operation for about a year.

Combination technology offers complete parts processing in a modern, energy-efficient machine for flexible manufacturing. While the punch press handles high-speed punching and forming operations, the fiber laser delivers high-quality cutting of unique shaped holes or contours and can be used for material etching.

Fanuc 3-kW or 4-kW fiber laser and Precitec ProCutter auto-focus cutting head. The maximum material thickness for laser cutting is 3/8-in. The 20-ton punch press can process a 120-in.-by-60-in. workpiece without repositioning and has 20 direct-drive indexable tool stations and fully programmable punching cycles. The maximum material thickness for punching is 0.25-in. and the maximum hit rate is up to 440 hits/min. on 1-in. centers.

“The main product we produce on the combo machine is for a major AC manufacturer,” Clagg says. “The part is an end sheet that has a group of holes used to secure the coil in the AC unit. We make the sheets out of 14- and 16-gauge galvanized steel.”

Overall, the Strippit PX 1530-L is a solid machine for the company without any maintenance or service issues. There is an LVD support center close by in Charlotte, N.C., if a problem should arise.

Training time was easy as well because of the previous Strippit PX punch press. Operators were already familiar with the LVD Cadman software, some with four or five years of experience with it.

Experience is not an attribute Herman Reeves Sheet Metal is lacking. The average worker has been with the company 20 to 25 years, according to Clagg.

“We have very little turnover,” he says. “We take care of our employees and we offer competitive wages and benefits. We treat them like family.

“We are firm believers in quality,” Clagg adds. “To have that you need quality machines and equipment and quality people. There are a lot of necessary spokes in the wheel to make it successful.”

Another spoke in the wheel is a workforce with diversified skills.

“We aren’t a high-volume production shop that runs thousands and thousands of parts,” Clagg says. “We’re a specialty sheet metal shop, so every person that works in our manufacturing facility has diverse skills. They can run a laser and run a press brake. Having workers than can perform several jobs is also a key to being successful.”

Like most in the manufacturing industry, Herman Reeves Sheet Metal considers automation part of the future.

“Any good owner will think that way,” Clagg says. “We got some high-production run orders and so we went to LVD and they helped us put a robot in front of our LVD press brake. We appreciate being able to continue production where we don’t have to depend on a human being to stand in front of the press brake to make the parts.” 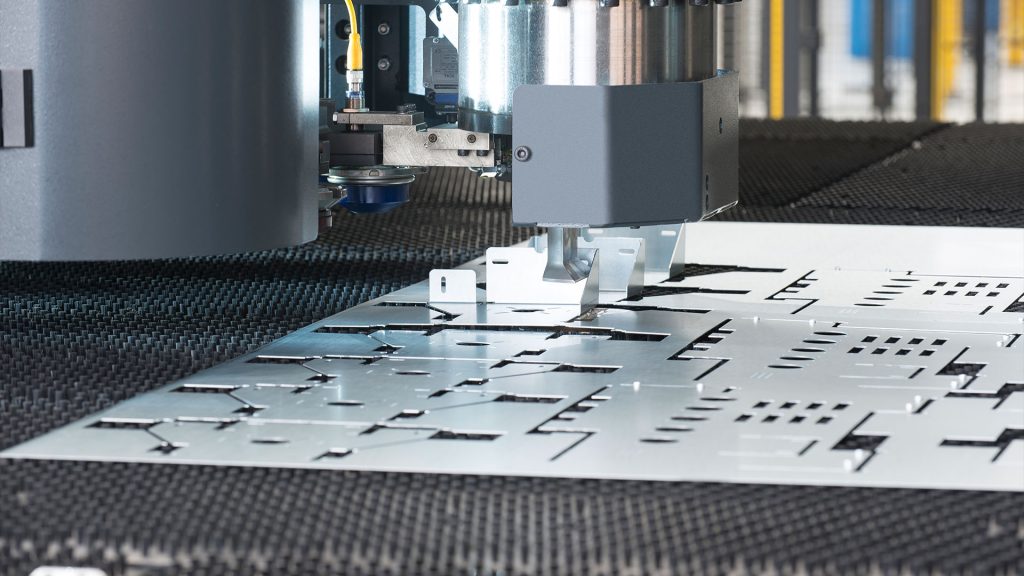 Combo Equipment
All in one
New punch/laser combo machines offer more features and benefits than ever
Dec 02, 2022 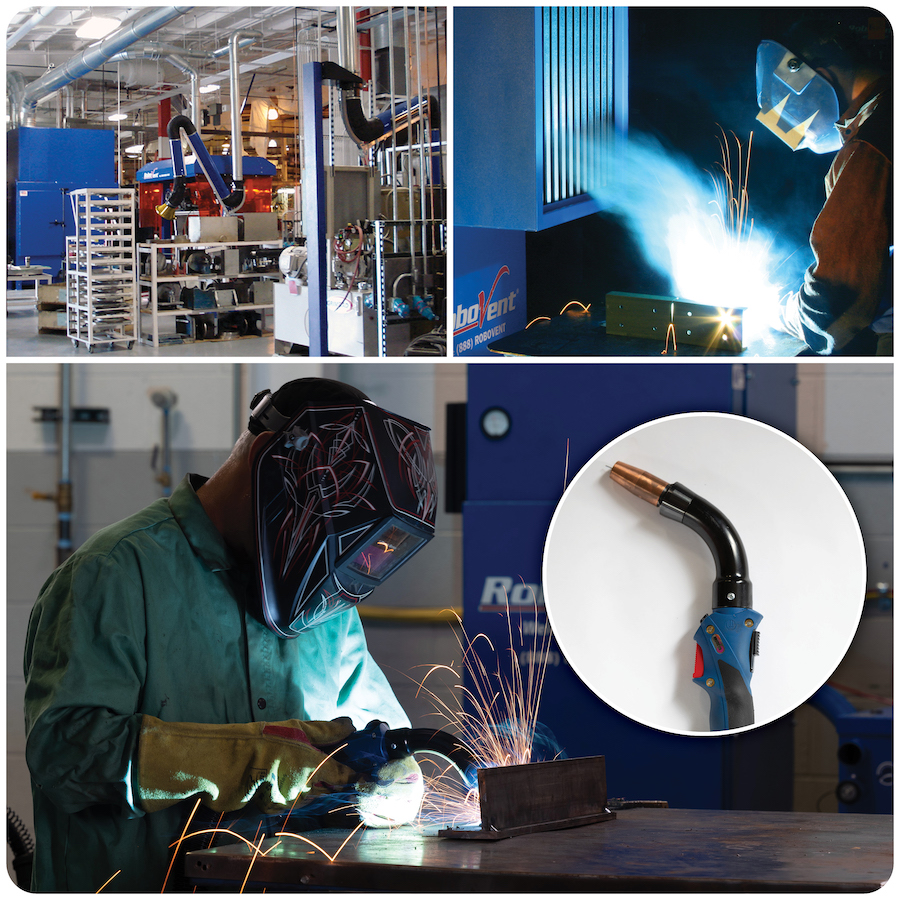 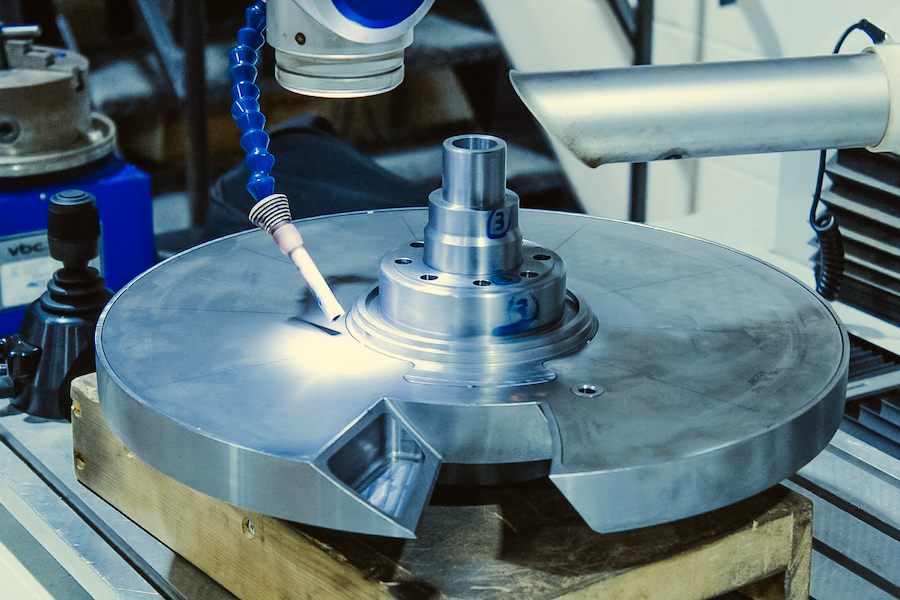