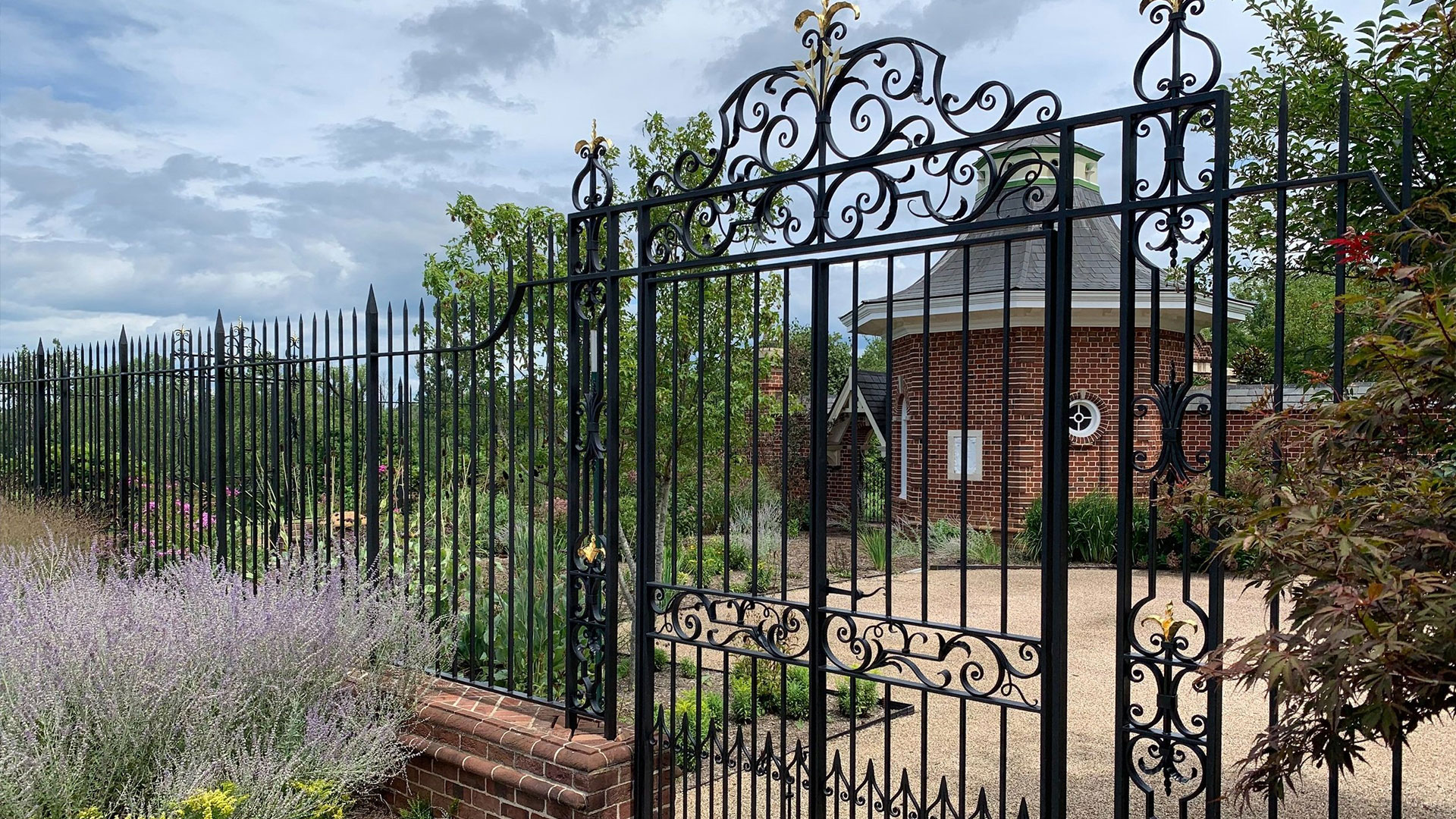 Matthew Harris started his career by serving as a traditional blacksmith apprentice to a master blacksmith from the Netherlands named Alphonsus Moolenschot. Today, he holds the rank of master blacksmith himself and is the owner of Matthew Harris Studio, formerly Harris Metalsmith Studio, which he founded in 2005. The company specializes in hand-forged architectural metalwork.

Harris began the metal fabrication job shop in his parent’s backyard using a shed as his studio. With success came the need for a bigger space. It just so happened the perfect spot was a shop built in the 1850s, located in the historic town of Principio Furnace. As great as the historic spot was, it also needed to be brought into the here and now. So, Harris and his family spent more than a year doing extensive renovations.

The building renovation was, in many ways, representative of the goals for this family operation. As Harris puts it, “we often combine traditional blacksmithing with modern fabrication techniques.”

More recently, automated products from TigerStop helped make that marriage of traditional and modern happen for Harris. After adding a new bandsaw and cold saw, Harris says he immediately began searching for a better way to measure the cuts.

“Through some online searching,” he says, “I found TigerStop and was immediately impressed by what I saw.”

The automated nature of TigerStop products was especially intriguing to Harris.

“Not having to measure and mark manually was very appealing,” he adds.

Specifically, Harris and the workers at the job shop rely on TigerStop’s SawGear. This automated stop is easy to use. Even the least experienced individual can manage to learn how to use it in no time. The SawGear can be attached to existing saws and is adaptable to many types of saws, as well as ironworkers and drills.

The SawGear works by ensuring the most accurate cuts; the accuracy will be within 0.008 in. and the stop will maintain its accuracy for as long as it is used.

“The sales team was able to make great recommendations based on our production needs,” he says.

Harris and the workers are so impressed by the products, he says they “look forward to upgrading and adding to our TigerStop equipment in the near future.”

Because of unavoidable human error, manual cutting can be inaccurate, which leads to extra waste. Thanks to the SawGear’s incredible accuracy, waste at the job shop has been reduced. And that has led to even more benefits.

As Harris puts it, the waste problems pre-SawGear, “would also slow down assembly due to more fitting time being needed, thus increasing labor costs, as well.”

The price of raw materials is rising already, so many companies are looking into ways to decrease other costs. The benefits of the SawGear can do that and increase profits overall.

“Given the fact that material prices have recently doubled,” Harris says, “we couldn’t have upgraded to the SawGear at a better time.”

There has also been a notable difference in the overall production flow.

“Production definitely has increased since using the SawGear,” he says, “as the exactness of our cut parts has significantly sped up assembly time.”

With the SawGear, reworking is a thing of the past. Knowing the cuts will be accurate means no one has to measure multiple times before starting to cut. The SawGear helps push saws into the future because there’s no more need for tape measures, stop blocks, clamps, manual fences or other manual, outdated methods.

The job shop has the numbers to back up how much of a difference the TigerStop makes.

“Our cutting time has decreased by well over 30 percent due to the absolute ease and accuracy of the SawGear,” Harris says.

In addition to working at the job shop, Harris also spends his time creating a lot of incredible sculptural work. When asked about his favorite project, he recalls one particularly impressive undertaking.

“I created a monumental sculpture for Dansko Co. that dealt with many hot-forged organic forms,” he says. “The piece was inspired by movements and forms from the natural world and was 24 ft. tall and weighed more than 7,000 lbs.”

Reflecting on Matthew Harris Studio’s great success, Harris says he’s proud that over the last 16 years, he and his team have maintained a very high level of craftsmanship and artistry in their work.

“Working as an artist blacksmith has many challenges,” he says, “including staying financially sound while keeping true to our artistic base. Many companies in our industry compromise and lose any resemblance of the hand-crafted details that they once had. I am very proud that we have stayed true to our roots.”

By adding products like the SawGear, the team continues to prove they won’t compromise or cut corners. Instead, they’re always trying to make the work better.

Thanks in part to the innovative and automated products from TigerStop, Harris and the family-operated job shop can stay profitable and move forward to adapt to changing demands. And perhaps most important of all, stay true to the high quality of work standards as well as the artistic foundation.

Watch the video to see how Matthew Harris Studio workers use the SawGear to make accurate cuts.