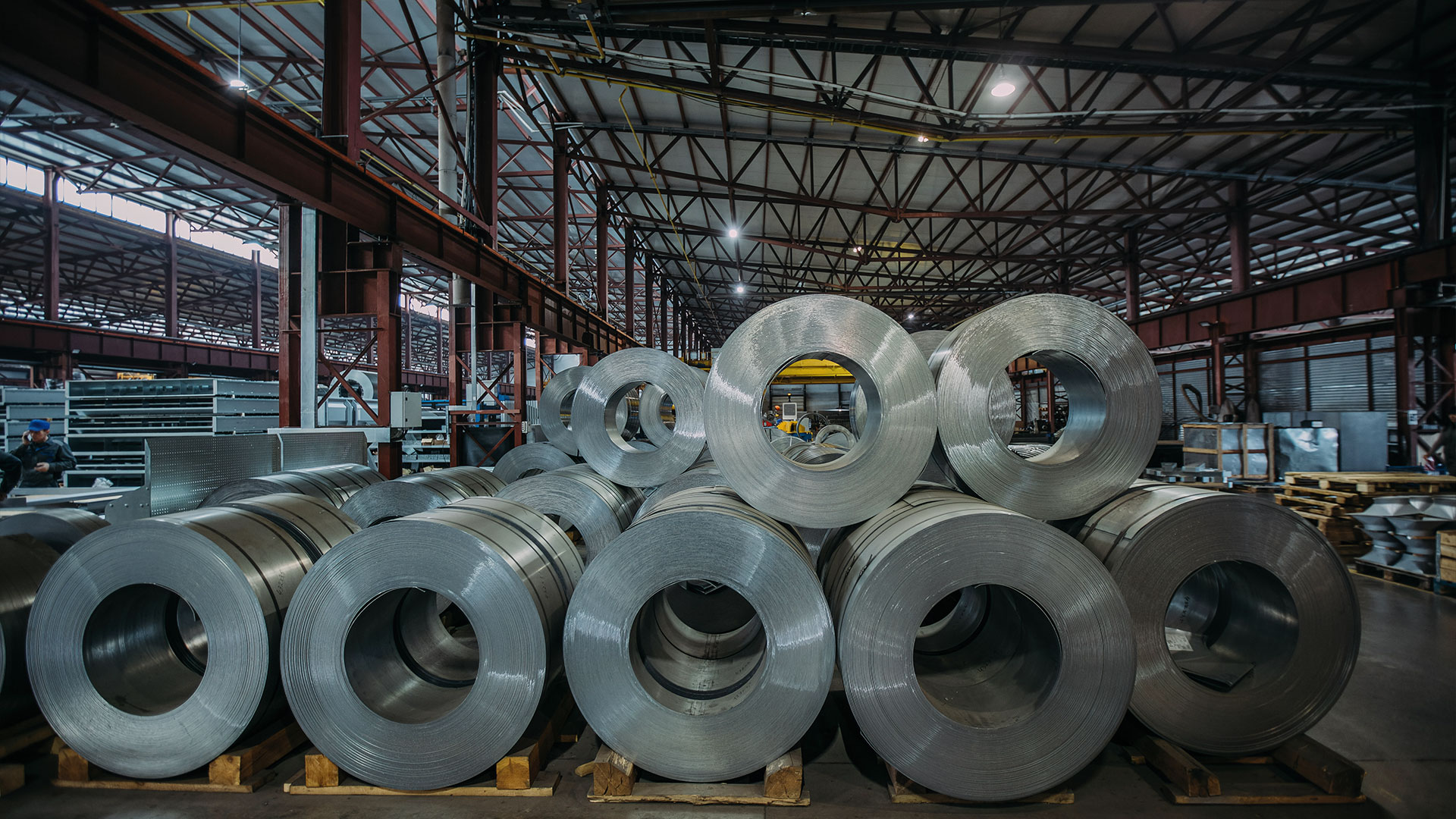 No one in the manufacturing world needs a reminder that the past few years have been tumultuous at best. A global pandemic. Supply chain uncertainties. Tariffs, trade barriers and an ongoing trade war. Skilled labor shortages that seemingly have no cure. These are just a few of the obstacles that have kept shop owners and CEOs awake at night, and continue to weigh heavily on all in manufacturing as the economy remains on shaky ground.

And yet, American manufacturing remains strong. Machinery keeps turning and products continue rolling out the door. And looking forward, investments in infrastructure and clean energy under the Build Back Better framework, Bipartisan Infrastructure Law (Infrastructure Investment and Jobs Act) and Infrastructure for Rebuilding America grant program all promise to supercharge manufacturing as hasn’t been seen in decades.

The metals industry is responding. Despite a stock market that the Wall Street Journal recently deemed “crazy,” United States Steel Corp., more commonly known as U.S. Steel, told investors during its 2022 Q3 earnings call that it’s bullish on the company’s future. It’s also “transitioning to a less capital- and carbon-intensive business model,” news that Planet Earth and its inhabitants will also find bullish as U.S. Steel targets net zero by 2050 for its scope 1 and scope 2 greenhouse gas emissions.

As of this writing, the United States’ largest steel producer is also “on pace for its second-best financial year ever,” with adjusted net earnings for the third quarter alone of $516 million. Congratulations, U.S. Steel.

Kudos as well to those that process all that steel and aluminum: the country’s metal service centers. For example, Andrew S. Greiff, Olympic Steel’s president and COO, stated during an early November earnings call that the company had a very busy and successful quarter. Not only did Olympic Steel achieve “record-setting financial results,” the well-known service center sold its Detroit operations to Venture Steel for $58.4 million and used the proceeds to acquire Georgia-based distributor and fabricator Shaw Stainless and Alloy.

Like U.S. Steel and others named in this article, Olympic Steel has this administration’s Build Back Better to thank – at least partially – for this booming market. Its investor presentation noted that national steel demand is expected to increase by 3 to 5 percent annually. This is good news after an admittedly dismal 2020. According to Metal Center News, the Top 50 service centers saw a 20.9 percent sales decline in 2020 compared to 2019.

Reliance Steel and Aluminum was one of these, suffering a sales decrease from $10.9 billion to $8.8 billion in 2020. Those discomfiting days are behind the Los Angeles company. Despite falling steel prices, Reliance Steel reported record net sales of $4.25 billion in the third quarter of 2022, a significant increase.

It also announced that CEO Jim Hoffman is handing the corporate reins to president and director Karla Lewis, who stated that commercial aerospace demand continues to increase year after year since the onset of the pandemic, and that the military, defense and space portions of its aerospace business remain strong with a healthy backlog, as does the semiconductor market.

Close behind Reliance Steel in terms of overall market share comes Ryerson Holding Corp. Its Q3 Investor Day presentation suggested that Covid-19 has pushed supply chains across the world to the breaking point. As a result, de-globalization and a widespread reevaluation of the supply chain have put North American suppliers of all kinds in the driver’s seat.

If true, it’s good news for Ryerson and other metals providers. The company noted that ongoing de-carbonization efforts will significantly increase demand. For instance, each new GWh of clean power reportedly requires six times as much steel, aluminum and copper compared to coal-fired sources. Add to that the 500,000 new electric vehicle charging stations that will be built nationwide, and the fact that batteries for mobile and stationary energy storage will consume large quantities of metal.

The presentation also pointed to a quote from Kevin Dempsey of the American Iron and Steel Institute, who stated that the White House’s recent infrastructure legislation “could provide as much as 40 to 45 million net tons (Mt) of additional steel demand over the next five years.”

That’s a lot of metal. But even without the additional demand, “Our customers remain optimistic with extended backlogs across both the private and public nonresidential markets, which have yet to feel the impact of any projects funded by the Infrastructure Investment and Jobs Act.”

That’s according to Mark Carano, senior vice president, chief financial officer and treasurer of Insteel Industries, a large manufacturer of steel wire reinforcing products for concrete construction applications. Considering the bridges, roads and other kinds of infrastructure improvements planned for the coming decade, this will be a company to watch.

Carano explained to investors last July that, even without the expected increases due to government-funded infrastructure projects, the company reported quarterly revenue of $227.2 million – an increase of 41.3 percent from the prior year – while average selling prices in the third quarter rose 53.9 percent relative to that same period in 2021.

As any consumer knows, higher prices are quickly becoming a way of life, even as corporate profits increase. H. Woltz, Insteel president and CEO, said, “As reflected in the release, our strong third quarter results were driven by robust nonresidential construction markets and escalating steel prices.”

Steel manufacturers and service centers are not alone in their rosy projections. As financial analytics firm S&P Global stated in a recent press release, “With the recently passed Inflation Reduction Act set to increase U.S. renewable energy generation capacity by around 150GW in the coming years and electric vehicle demand set to increase almost 30 percent annually on a global basis through 2026, metals including copper, lithium, cobalt and nickel will remain in high demand.”

Of course, it’s not all sunshine and lollipops. The World Steel Association’s short-range outlook suggests a global softening of -2.3 percent through 2022, with demand picking up slightly next year. The good news is that the USMCA is expected to remain in the black despite these downward trends, reinforcing what has already been suggested – that steel manufacturers and metal service centers throughout the United States will stay on solid footing, especially as the government carries through on its promised investments. Let’s hope the trend continues.

Automation and Robotics
Efficiency gains
Implementing the right ERP solution can make a big impact on productivity and quality on any shop floor
Dec 07, 2022 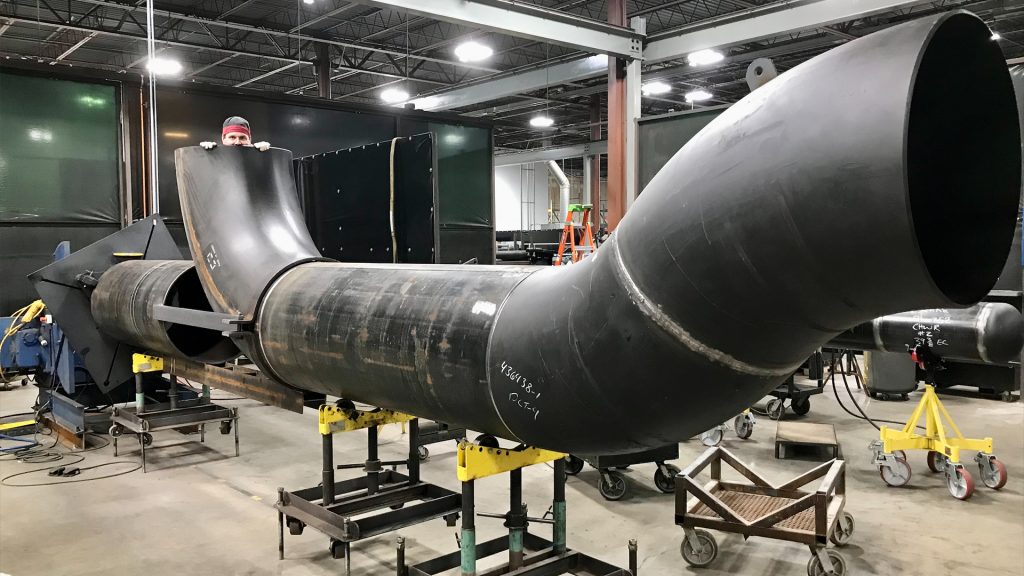