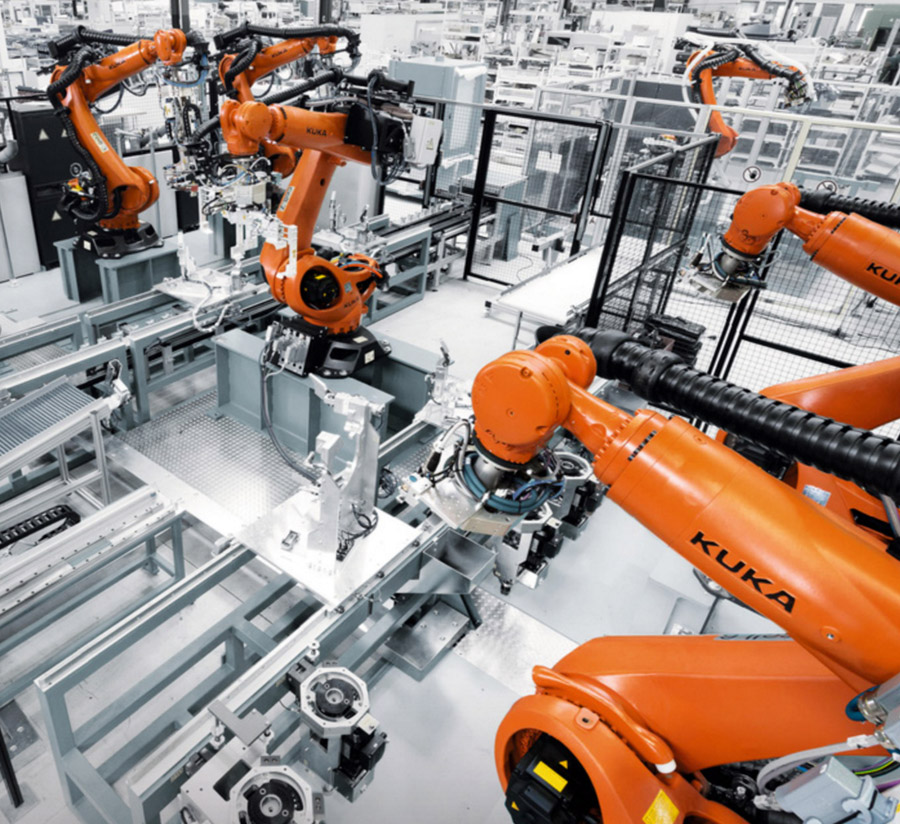 What if your car could email the dealership and tell the mechanic there might be a problem? Maybe there’s a metal shaving lodged in one of the engine bearings or perhaps the operating temperature has been a bit higher than it should be. The symptoms of looming auto failure are often subtle.

We drivers are busy thinking about the backup on the I-405, too worried about getting to work on time to notice the quiet tick, tick, tick when we first start the car or the whiff of overheated engine oil while filling up at the corner gas station. It’s not until we’re stranded on the side of the interstate that many of us become aware of our vehicle’s mechanical or electrical problems, long after they began rearing their ugly heads. But if your car was Internet-capable (and the dealer had the right software to monitor it), the fantasy just described would be reality. 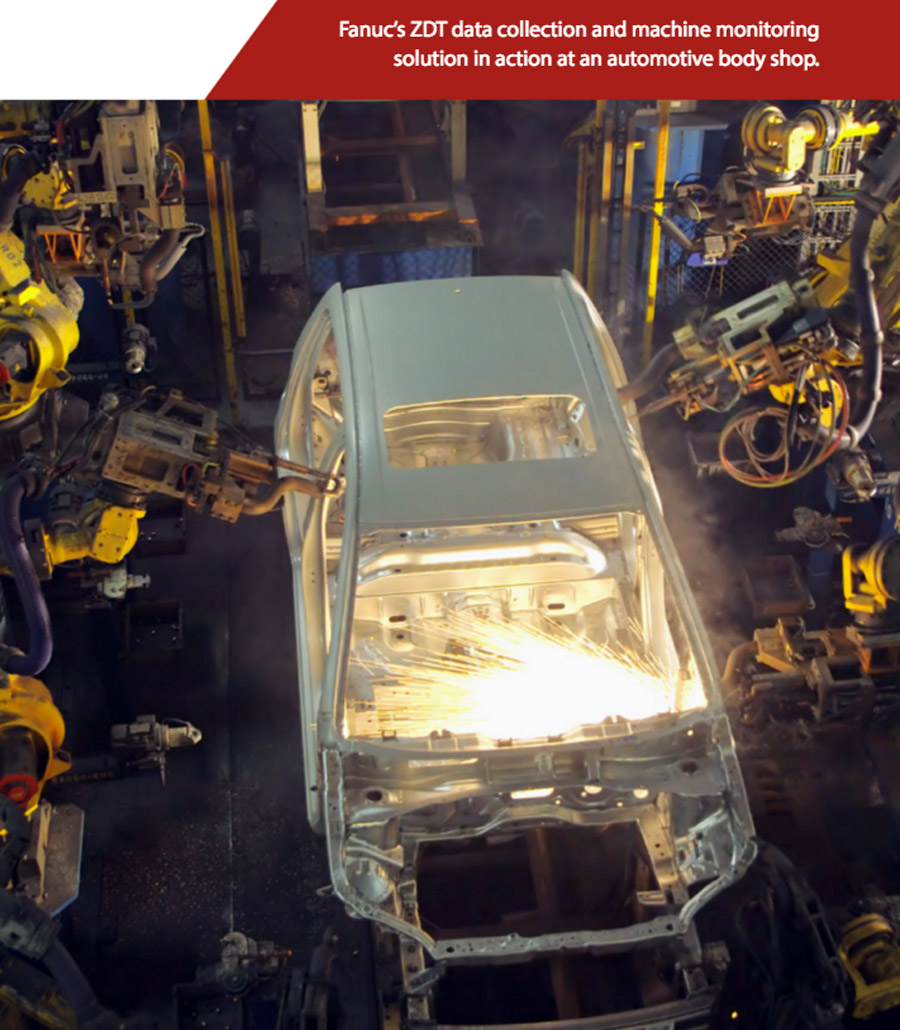 Call if there’s a problem

It’s not just cars. Refrigerators, television sets and household HVAC systems will soon be able to tell manufacturers all about their day, sending performance statistics and warning of potential problems. Instead of waiting for something to break, consumers will receive regular updates about the health of their vehicles and appliances and get a phone call or email if something’s about to go awry.

For manufacturers, this data will provide invaluable opportunities for continuous improvement. The result will be cost reductions for them and their customers alike and far fewer failures in the field.

Thanks to the Industrial Internet of Things (IIoT), those days are almost certainly coming. For the robots at General Motors, they’re already here.

“The message over the past few years has been very clear,” says Jason Tsai, vice president of product development at Fanuc America Corp. “Production at many automotive plants runs around the clock, six or sometimes seven days a week; they can’t afford any downtime. Potential equipment failure is a very sensitive subject for them and must be given top priority. That’s why General Motors and other automotive customers have connected a large percentage of their robots to Fanuc data centers.” 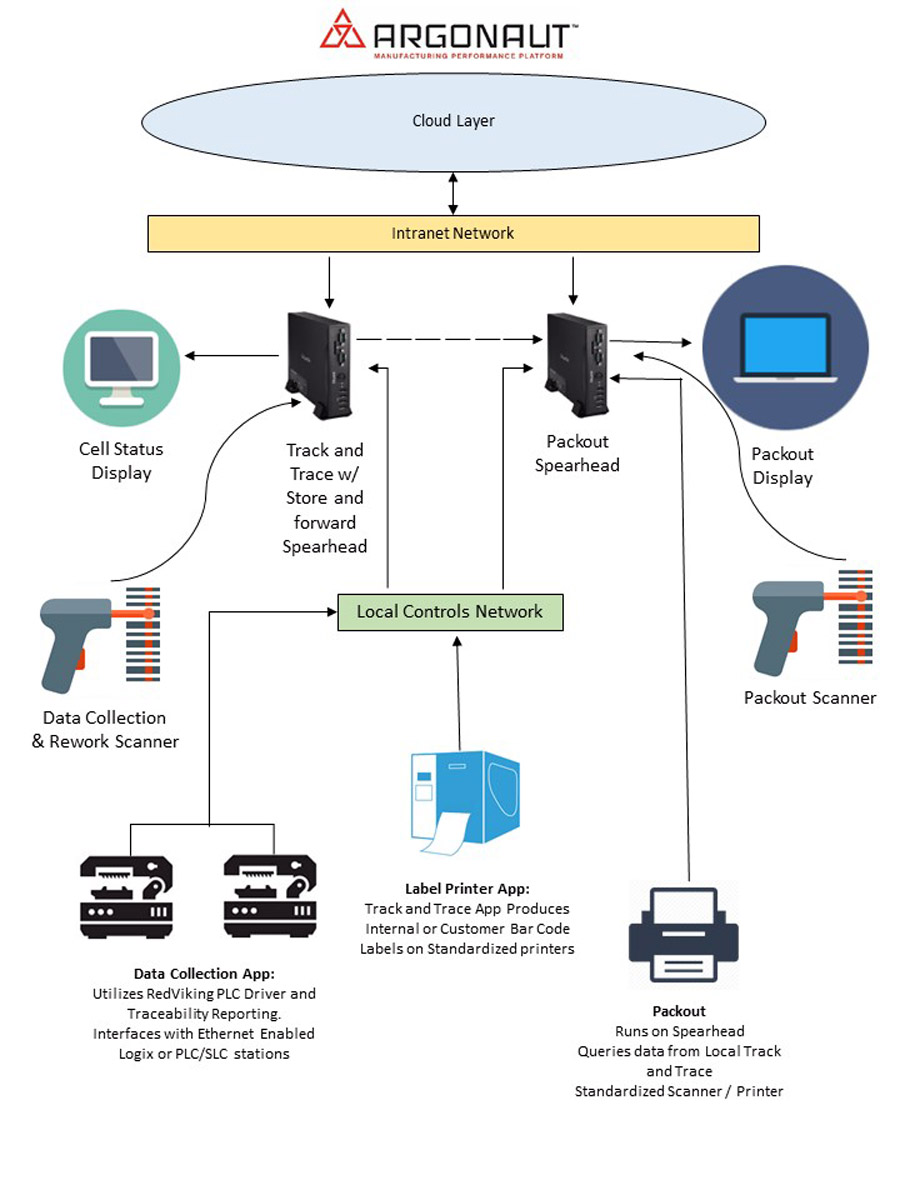 Aside from overall equipment effectiveness and equipment monitoring, RedViking’s Argonaut manufacturing execution system provides track and trace functionality, as shown in this diagram.

Talking to the mothership

Tsai is talking about Fanuc’s ZDT (zero downtime) data collection and machine monitoring technology, which General Motors has installed on more than 9,000 of its welding, painting and assembly robots. According to Tsai, ZDT collects information about a robot’s mechanical health, current activities, maintenance status and more and sends the data to remote servers for automated analysis.

This provides customers and Fanuc personnel with notifications about potential issues, giving them an opportunity to take preventative action and avoid unscheduled downtime. It also provides Fanuc with a wealth of information about its products – how they perform, areas that might be improved, and ideas for current and future process optimization – resulting in robots that not only “stay up” longer, but become better at doing their jobs.

The demands from the automotive sector – indeed from all industries – are much higher than they were 10 to 20 years ago, Tsai notes. “The objective for most of them and for us as a company is zero downtime. The key to accomplishing this is getting the machine data to the cloud, which allows us to predict any kind of potential component failure well in advance.”

Tsai says it’s not good enough for his cloud-based crystal ball to look a few hours in the future – failure must be predicted weeks in advance for it to be effective, giving everyone ample time to address issues. Apparently it’s working.

“Over the past three years, ZDT has successfully prevented more than 120 events, each of which would have cost between a half hour to six hours of downtime,” he says. “This makes the calculation of return on investment a fairly simple, straightforward discussion.” 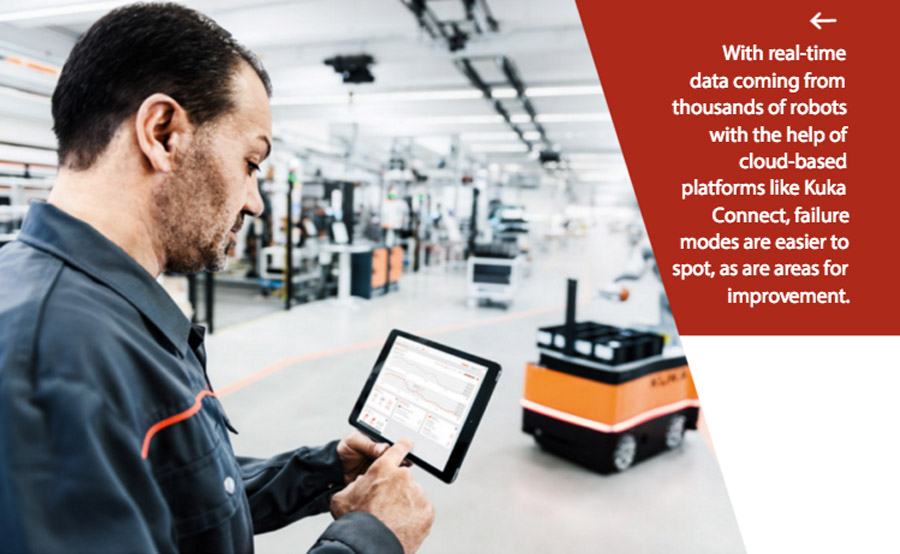 “We’re currently gathering data from more than 10,000 robots every day across 40 different production plants,” Scherler explains. “Each robot sends an information packet every 60 to 90 seconds to a Cisco data collector within the customer’s facility where everything is collated and filtered before being sent through the firewall to one of our data centers. There it’s processed by one of our automated algorithms and the results analyzed for potential problems.”

Remote monitoring goes far beyond failure prevention, however. Tsai believes that the benefits will be much bigger once IIoT is used for process control and what Fanuc calls intelligent maintenance.

“You have opportunities to increase throughput, reduce energy costs, improve product quality – these are just a few examples of the significant benefits this technology offers to our customers,” Scherler says. “Until recently, all of the emphasis has been on downtime prevention, but the rest of it is coming, and soon.”

Fanuc’s not the only company that recognizes the potential of cloud-capable robots. Kuka is also focused on ensuring its deployed robots are up to the task – and for the long haul.

“The first step is to keep them running, but after that, it’s about how efficiently they’re running,” says Andy Chang, director of product marketing for the Americas at Kuka. “We are beginning to look at process-related information and data for ways to improve throughput and quality. Maybe it’s welding. Maybe it’s gluing. Maybe it’s screw fastening. There are a lot of things we can learn from the aggregated sets of data we’re seeing today that we can then use to provide insights to our customers about tweaking their setups, for instance, or optimizing their robot’s programs.”

Chang says Kuka Connect is a cloud-based platform that connects the company’s robots and makes their associated information available for viewing and analysis on “any device, anytime, anywhere.” For automotive assembly lines that have hundreds of robots working simultaneously and plants that might have thousands, asset information management can be challenging. In the past, gathering such data required a worker to visit each machine, understand what software is installed and whether it needs an upgrade, evaluate how long the robot has been running and when it’s next scheduled for maintenance, whether there have been any faults and so on.

“Robot maintenance can be big task for any shop, regardless of size,” Chang says. “That was one of our reasons for developing Kuka Connect, to make the gathering and viewing of this data easier. Once you have the data, you have the opportunity to interpret what it’s telling you. With Kuka Connect, customers can gain insight about what’s been happening on their production floor, such as whether there’s been a critical error, how to avoid future errors and notify the right personnel if things are trending in that direction. With this real-time information, customers can minimize downtime and increase robot effectiveness.” 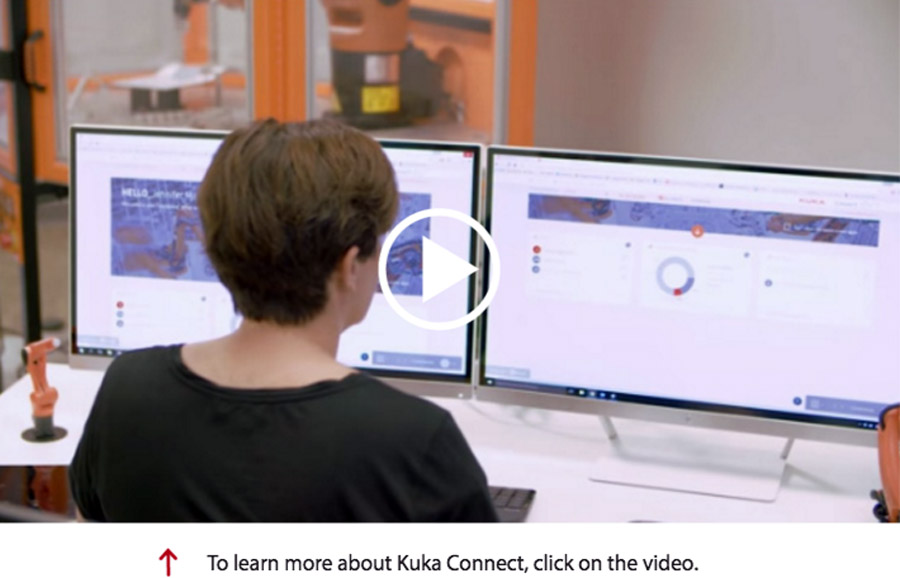 Kuka’s and Fanuc’s monitoring services are both hosted in the cloud, meaning if you want to come to the party, you must pay a small subscription fee each month, for every robot. This eliminates the need for companies to buy their own servers, install and maintain software, and pay someone to keep an eye on things, but it might leave some business owners and corporate management worried about sensitive company data going beyond its four walls.

“It’s a valid concern, which is why we always educate our customers on our web security and the steps we’ve taken to make sure that our technology is up to the latest standards,” Chang says. “We use Amazon Web Services, which is already quite secure, to perform active penetration testing on a regular basis to be certain we can eliminate or avoid potential hacking or viruses.”

So once companies are past the fear of flying in the cloud, Chang points out a number of benefits that can’t be realized with traditional “on premise” computing.

“As you can imagine, anything connected to the Internet of Things and Industry 4.0 is a fast-moving, evolving topic,” he says. “A cloud-based, subscription model lets us provide new benefits, new functionalities and new features of Kuka Connect to our customers. It also offers greater connectivity overall. We can implement ‘hyper cloud’ connectivity, for example, and pull in data from other sources for additional insights about robots and processes. It’s admittedly different from our traditional business model, but we firmly believe this is the direction the industry is taking.” 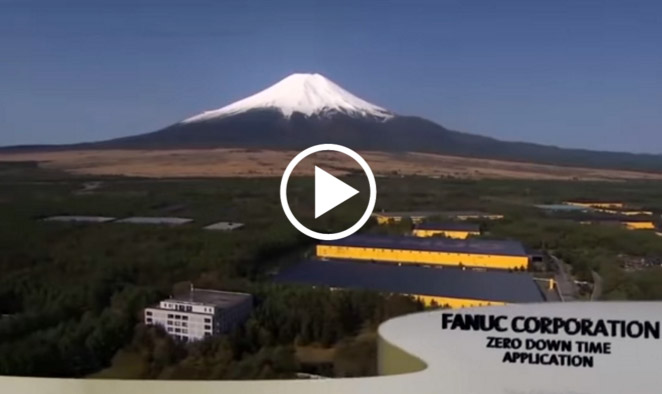 A review of Fanuc’s ZDT and the innovation award the company received from General Motors as a result.

For the small shops

Maybe yours is a small shop with a couple dozen CNC machine tools and a handful of robots. You don’t want to jump on the same ship as General Motors, but you’d still like to keep a proactive eye on your equipment. Or maybe you have no intention of going to the cloud, either because of customer concerns or you simply don’t trust it yet, and are looking for an on-site software solution.

Give Greg Giles a call. He’s the executive director for error-proof systems at engineering solution provider RedViking, and his team has developed a software tool that monitors robots and machinery alike.

“Quite frankly, some of our customers aren’t ready for the cloud and they might never be ready, but that’s okay,” Giles says. “Argonaut supports both cloud-based and on-premise deployments and is scalable to whatever you need.”

Introduced at the 2016 IMTS, Argonaut is the manufacturing execution system (MES) RedViking has developed as part of its work designing, manufacturing and deploying large-scale automotive platforms. According to Giles, it differs somewhat from classical MES systems in that Argonaut is application based and can be implemented in bite-sized pieces rather than as a pervasive, end-all, be-all factory management system.

“Because we can scale to whatever size is needed, Argonaut is a good solution for many smaller shops that might not have the budget for a full-blown MES, but still want to track overall equipment effectiveness on a key piece of a CNC lathe or robotic cell, for instance, or want better traceability in an assembly area. Not only does MES provide insights into how the equipment is operating, it lets companies do things like drive information down to the factory floor for order fulfillment and scheduling or for gathering quality data. There are a lot of cool things you can do today to improve shop efficiency. That’s what we do here.”