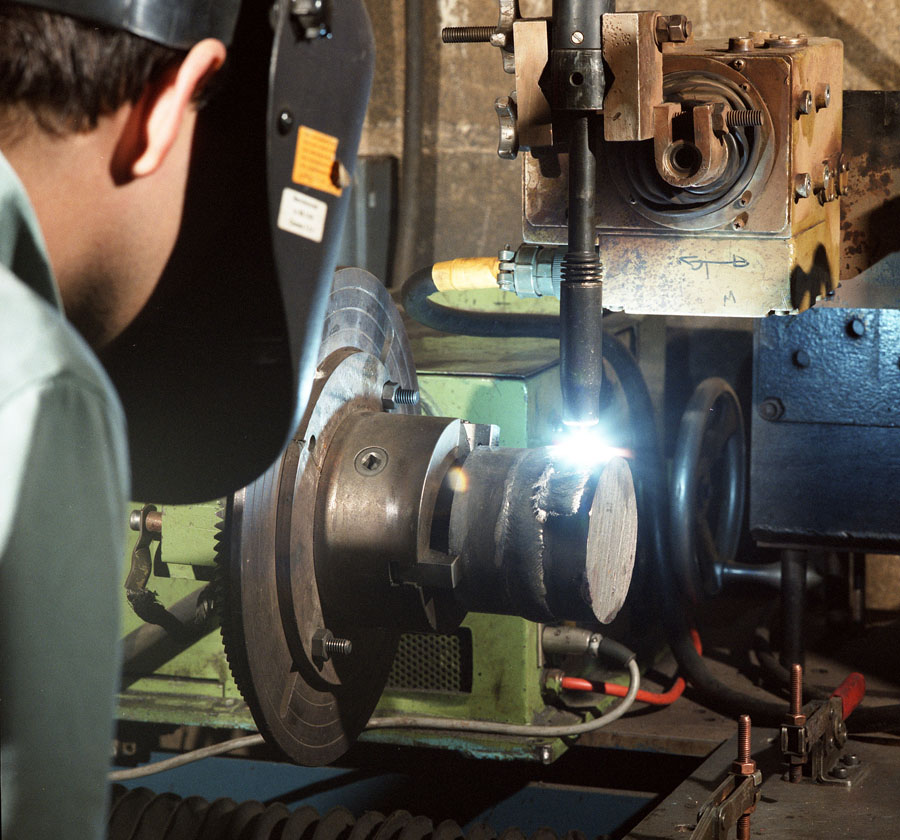 Plasma arc welding is a manufacturing process that was developed about a half century ago, and 50-years later it likely remains one of the least known of the welding processes. And, while some of its advantages have waned over the years as competing technologies have improved, plasma arc welding or PAW still has several advantages such as long electrode life and a stable, consistent arc at amps from .1 for small, welding applications to keyhole welding ½ in. thick plate in one pass at more than 100 amps.

What is PAW you ask? If you are not certain what it is, or think that this refers to plasma cutting, or other arc-welding technology, you might not be alone. In fact, 15-years ago Randy Dull, director of engineering and arc welding at Columbus, Ohio-based EWI, penned a story on the topic finding that plasma arc welding was an often overlooked process. Today? “Yes, it is still overlooked, I’d say, to a large degree it is overlooked, and I’ve seen it misapplied, in applications where torches were set up wrong.”

PAW is a technology that has many competing technologies. Some are faster, some are cheaper. While many in the know will point to plasma arc weldings’ specific advantages, it is PAWs’ range of uses that might be its strength. Other technologies might be able to do process X better, faster, cheaper, but can it do Process Y or Z as well as plasma arc welding?

For instance, “Historically,” says Dull, “the advantage for plasma arc welding was in small welding because you have a stable arc at very low currents, but that [advantage] has gone away somewhat with microprocessor control of the Tig power supply so you can get down to at least a .1 of an amp.” 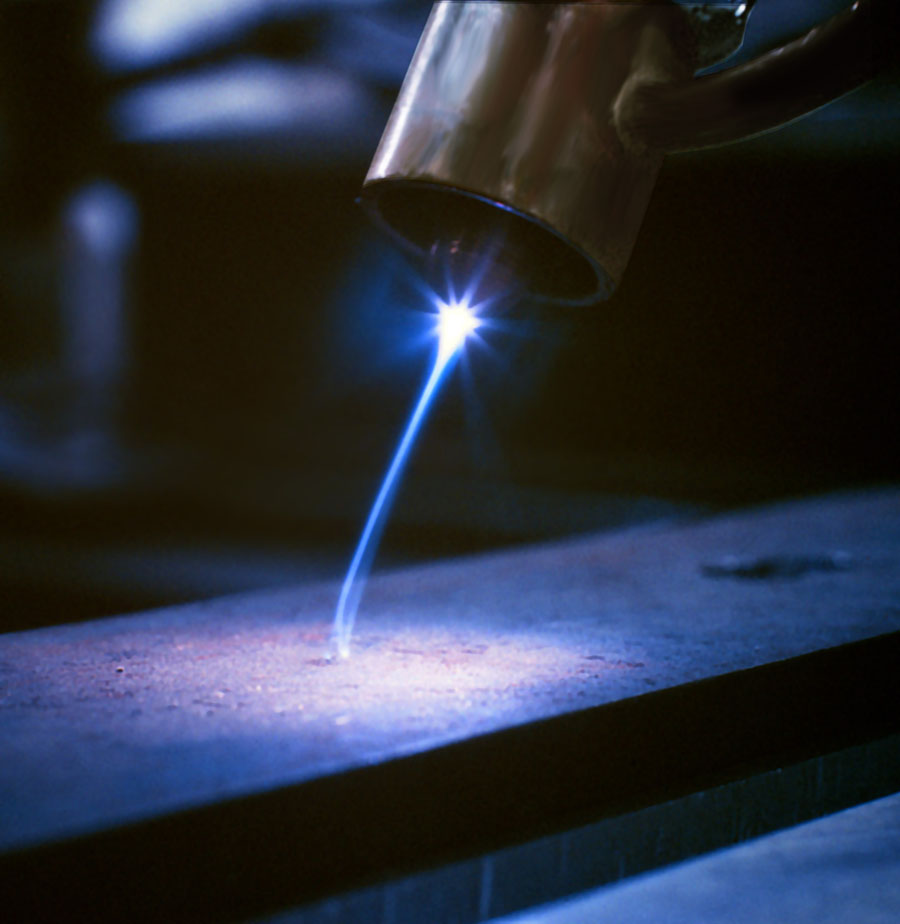 So, in this case, is Tig now the better choice? Not necessarily. PAW has a unique way of initiating an arc that doesn’t require high-frequency noise at the workpiece as does Tig. This HF noise can “play havoc with electronic controls” as found in some applications, says Dull.

So, in this case Tig was better than PAW except when the application featured, say, NC controls. One might also say that at this level, laser welding or electron beam welding might be the better choice. But then the tradeoff is cost.

What is plasma arc welding? Let’s start with the plasma process. Plasma is a gas that has been superheated to the point at which it becomes ionized and electrically conductive. In plasma arc welding, that gas is typically argon, but occasionally it might be an argon hydrogen or argon helium mix. The gas is heated in the torch plenum chamber and when during a plasma jet is forced through a constricting nozzle. The torch also features a water cooling channel—necessary because of the processes high heat levels and the location of the electrode—and, as with other arc technologies, the use of shielding gas to protect the molten weld pool from the atmosphere.

In many ways, PAW is similar to gas tungsten arc welding (GTAW), aka tungsten inert gas (TIG) welding. They are both constant-current processes where an arc is generated between the workpiece and the electrode. PAW, like Tig, uses a nonconsumable electrode made of tungsten or a tungsten alloy.

According to a PAW summary on the Pro-Fusion by Elderfield & Hall Website, the plasma welding torch features a tungsten electrode that is located within a copper nozzle having a small opening at the tip. A pilot arc is initiated between the torch electrode and nozzle tip. The arc is then transferred to the metal to be welded. “By forcing the plasma gas and arc through a constricted orifice, the torch delivers a high concentration of heat to a small area. With high performance welding equipment, the plasma process produces exceptionally high quality welds,” according to the summary.

The arc initiation is one of the main differences between Tig and PAW technologies. With GTAW, high-frequency voltage forces the current to jump the distance between the electrode and the workpiece to complete the circuit. 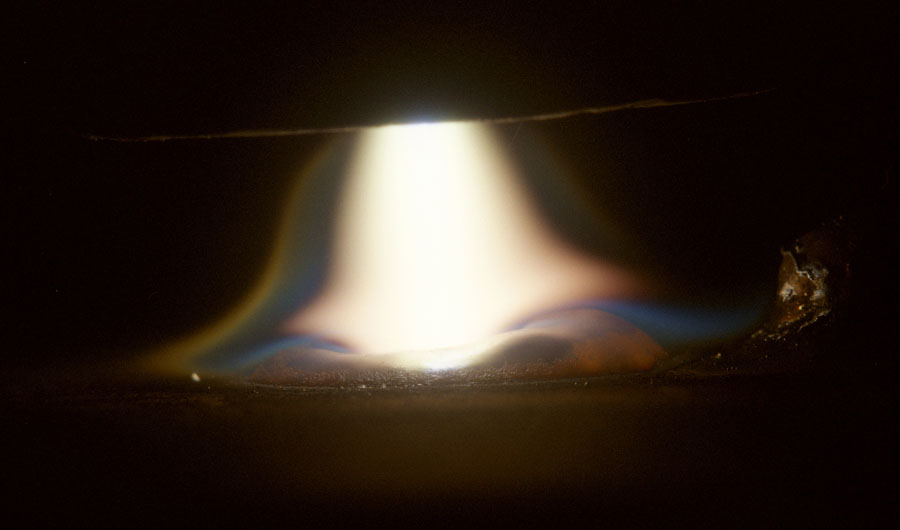 With PAW, the arc is “pre-lit” providing a reliable, HF-free arc. As TWI, the UK-based technology and research organization, puts it on their PAW page: Although the arc is initiated using HF, it is first formed between the electrode and plasma nozzle. This ‘pilot’ arc is held within the body of the torch until required for welding then it is transferred to the workpiece. The pilot arc system ensures reliable arc starting and, as the pilot arc is maintained between welds, it obviates the need for HF, which may cause electrical interference.”

The constricting action also affects the shape of the arc. A Tig weld arc is more of a conical shape that typically requires arc length control to ensure consistent spot size. PAW, with its constricted arc, features a more cylindrical shape. This minimizes the effect of arc length variation and minimizes the need for ALC.

The recessed electrode not only improves better arc control, it prolongs the electrodes’ lifecycle, which is one of the chief benefits of the technology, according to ESAB, a Charleston, S.C., based supplier of welding and cutting technologies.

The tungsten electrode, being secured inside the plasma torch and behind the orifice, is protected from outside impurities that would normally attack its hot surface,” according to a company spokesperson. “With this protection, the electrode is shielded from materials that can constantly attack an ‘exposed’ electrode. The protected electrode in the plasma welding torch normally requires a change only once every 8 hours for most operations,” according to ESAB. 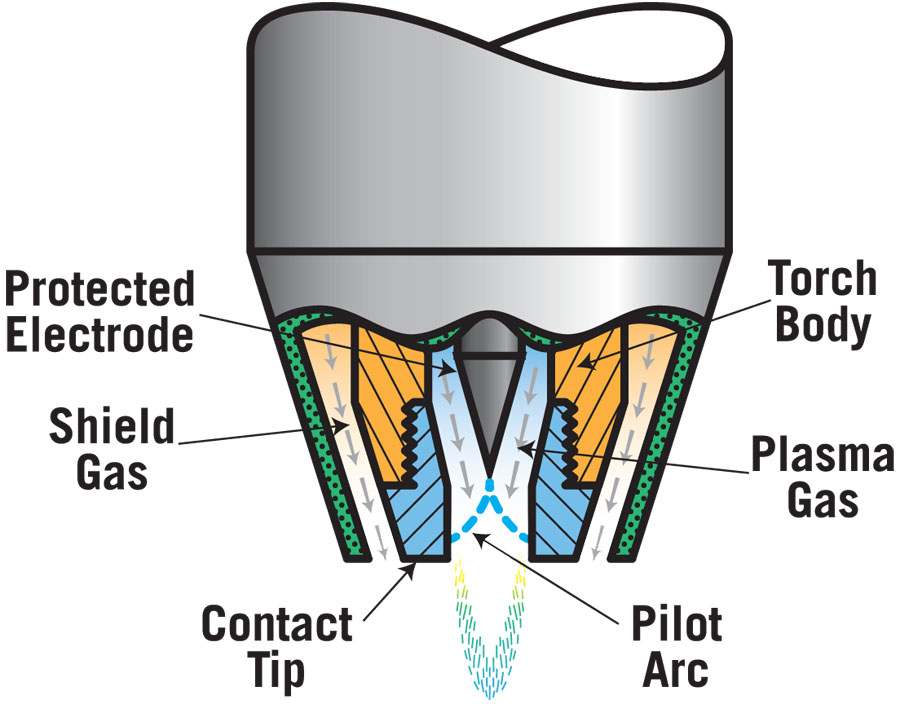 An illustration of a plasma arc welding nozzle. Photo: ESAB

A comparison of TIG/GTAW (left) and Plasma (Right) welding arc

This is compared to the Tig welding process in which the electrode is secured externally and is exposed to oils, degreasers, oxides, and other contaminants. These contaminants, under intense temperatures, will attack and erode the tungsten electrode requiring the frequent changing of the electrode on a repetitive basis. It is not uncommon, according to ESAB, that in many applications the electrode in the GTAW torch would require replacement changes 1 to 2 times per hour depending on part cleanliness and production levels.

These modes, according to TWIs’ Job Knowledge page, are:

–Microplasma: 0.1 to 15A. The microplasma arc can be operated at low welding currents. The columnar arc is stable even when arc length is varied up to 20mm.

–Medium current: 15 to 200A. At higher currents, from 15 to 200A, the process characteristics of the plasma arc are similar to the Tig arc, but because the plasma is constricted, the arc is stiffer. Although the plasma gas flow rate can be increased to improve weld pool penetration, there is a risk of air and shielding gas entrainment through excessive turbulence in the gas shield.

–Keyhole plasma: over 100A. By increasing welding current and plasma gas flow, a powerful plasma beam is created that can achieve full penetration in a material, as in laser or electron beam welding.

Dull says that it is this last mode that today sets plasma arc welding apart. “With plasma arc cutting, you have a high enough flow rate that you are blowing the molten metal away to create a cut, as opposed to keyhole welding where the molten metal solidifies behind the hole as it moves along,” he says.

So, PAW can be very powerful, but according to the Pro-Fusion site, the process also has the gentler side: “the arc transfer is gentle and consistent so it provides for welding of thin sheet, fine wire and miniature components.”

Powerful but gentle. Micro and macro. PAW has a broad range of capabilities. One last one, because of its consistent arc, it is most often applied in mechanized or robotic operations.