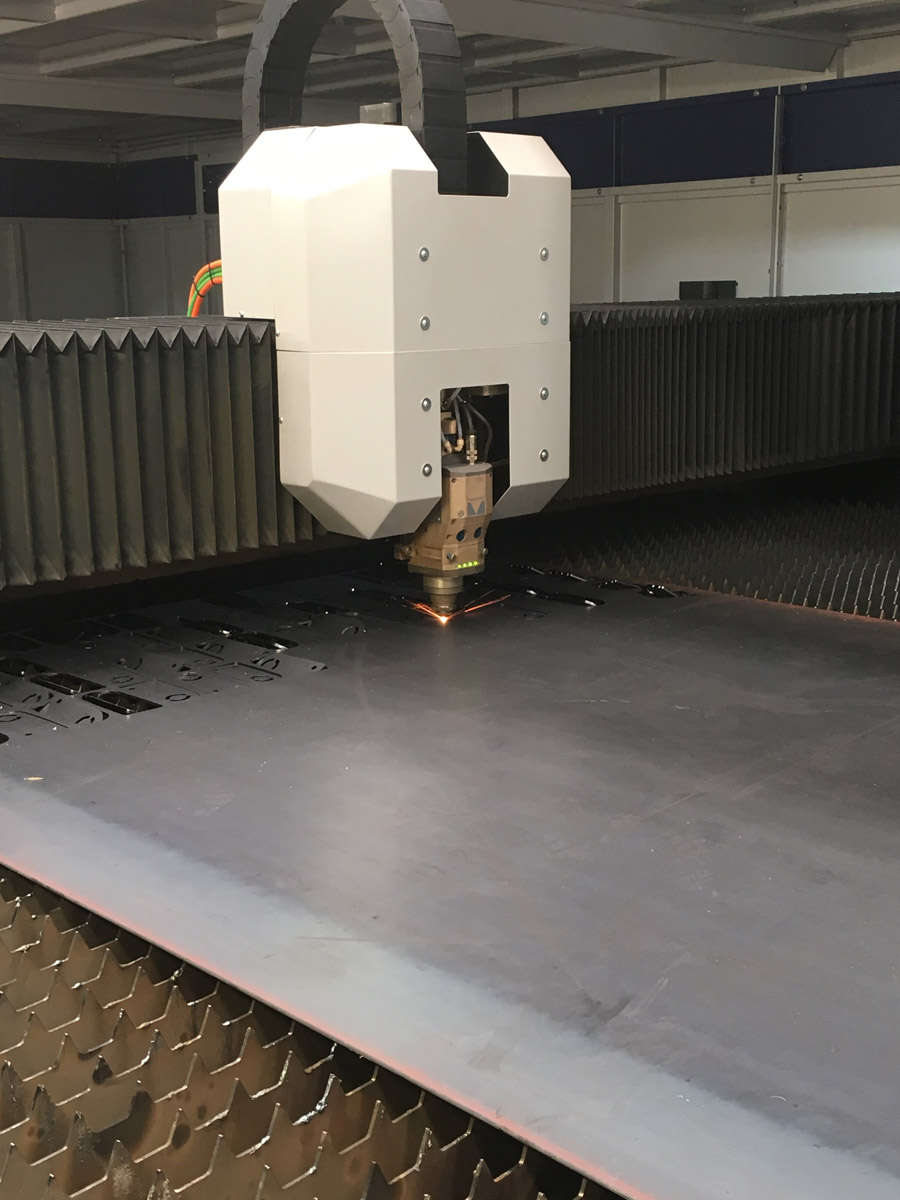 A laser/plasma combination machine allows fabricators to take advantage of both cutting processes to achieve fine features in thin sheet metal and effective cuts on thick plate. The plasma and fiber laser technologies share a cutting table, gantry system, motion controls and, in some cases, the gases used.

The gantry, or bridge, moves back and forth using a rack-and-pinion system to position the plasma or laser cutting head (workstation) over the material. Across the gantry, two servo-driven motorized platforms independent of each other provide the up and down motion for the heads.

As is true for any cutting process, plasma and laser each has its strengths and weaknesses.

Lasers can cut up to 1 1/2-in.-thick material, but for high-quality cuts, material 1 in. thick and below is ideal. Laser cutting is extremely accurate, especially for fine details, and has almost no consumable costs. Its weakness is that it can only cut the thinner material and is a slower process overall.

Also, it requires a much more expensive upfront investment due to the high cost of the fiber laser resonator and the mechanical control systems. Lasers also often require a complete protective cabin, essentially a box surrounding the entire work area to house the system to meet all the safety requirements.

Plasma can cut thicker materials at higher speeds, efficiently cutting material 1 1/4 in. and materials up to 4 in. or 5 in. thick for very rough sever cuts. Plasma, however, requires more consumable use (electrodes, tips and nozzles), and cut quality begins to diminish as those consumables wear out.

Therefore, plasma costs more to operate but the upfront laser machine cost is much higher. 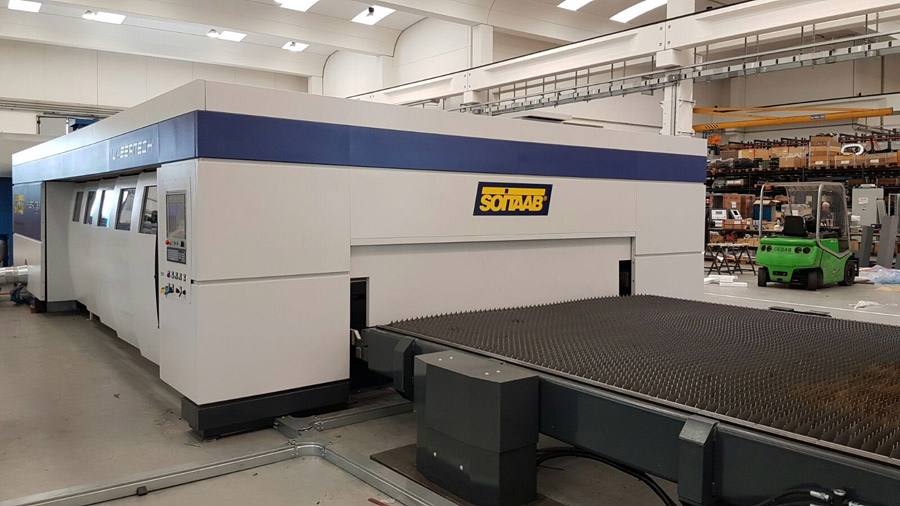 While a laser/plasma combination machine doesn’t address all of these disadvantages, “you can get the fast speed on thicker material with the plasma and the finer details and accurate cutting with the laser,” says Dave Maxham, vice president of sales and marketing at Soitaab USA. “A lot of times, customers use plasma to cut a big contour that doesn’t need the most accurate finish. Then for fine features, even on the same part or sheet, they come back with the laser to cut fine details so they can get the biggest bang out of both processes.”

A combined machine can help a shop expand into new markets without having to invest in a new machine dedicated to one cutting process. Also, while a shop might not have enough business to keep a plasma or laser machine busy, it might have enough work for a combined machine. 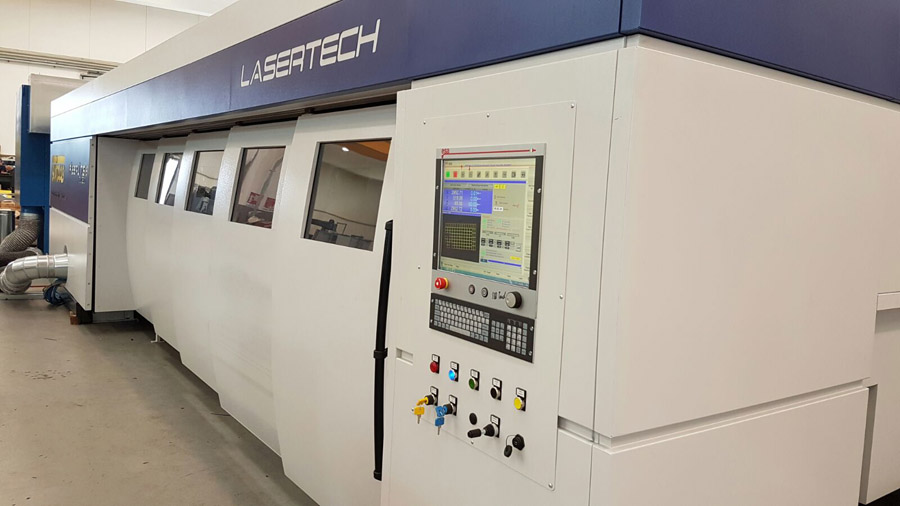 Other benefits include material handling. With a combo machine, it’s no longer necessary to move the part or sheet from one machine to the next, eliminating handling and issues with registering one cut to the other. It also saves space and saves money on the capital equipment investment.

The combination of laser and plasma requires the operator skill level to be varied. “They are two very different cutting processes to learn,” Maxham notes. “While the cutting parameters are still all controlled by the CNC database, the difference comes from being able to look at a part and diagnose what is causing a particular problem or cut defect.”

When cutting with plasma, a skilled operator knows when something is going to go wrong. “He can look at a plasma cut and tell immediately if the speed is too fast or too slow, if his torch tip height is inaccurate or if the consumables are worn,” Maxham says. “All of these defects look very different when cutting with a fiber laser.”

The laser is completely different as far as setup is concerned. According to Maxham, “The operator has to know what could go wrong that he would need to correct — the focal points, the height of the cutting head above the material, which assist gas if any needs to be used, and the mechanics of a fiber laser.”

One example where the processes differ is where the kerf crosses itself when cutting a small hole. The lead ins and lead outs, the cutting tip height, the ramping up and down of the plasma power, and the mixing of various gases are all different between the two processes. 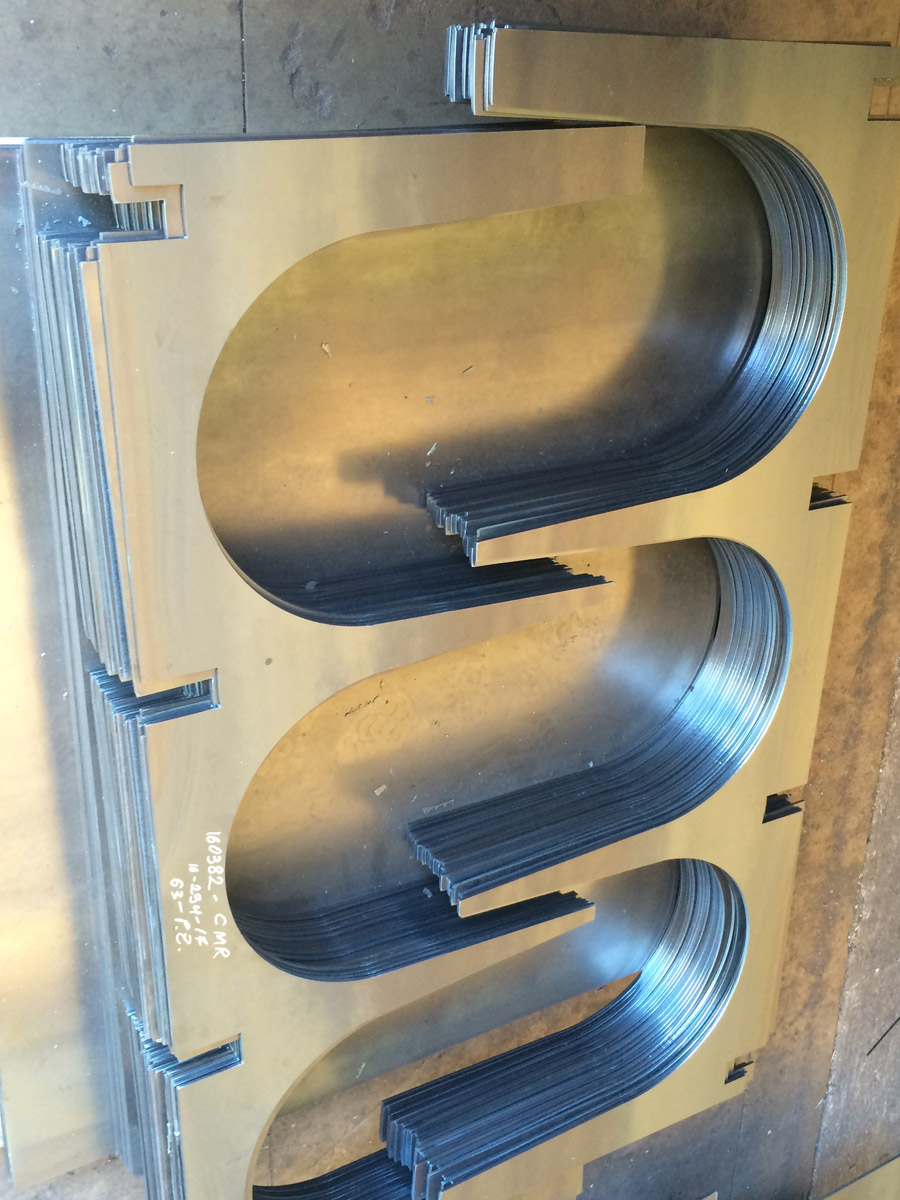 Certain guidelines dictate which cutting process to use for a particular application. Obviously, anything above 1 1/2 in. thick is going to be cut with plasma. But many factors can go into deciding which features are cut with which process.

“You need to marry the right factors to the parameters of the job,” Maxham says.

Both plasma and laser cutting provides a good mix of cut quality, productivity and low operating costs. And that is true for mild steel, stainless steel and aluminum. They also have the ability to cut other metals as well such as copper and brass. 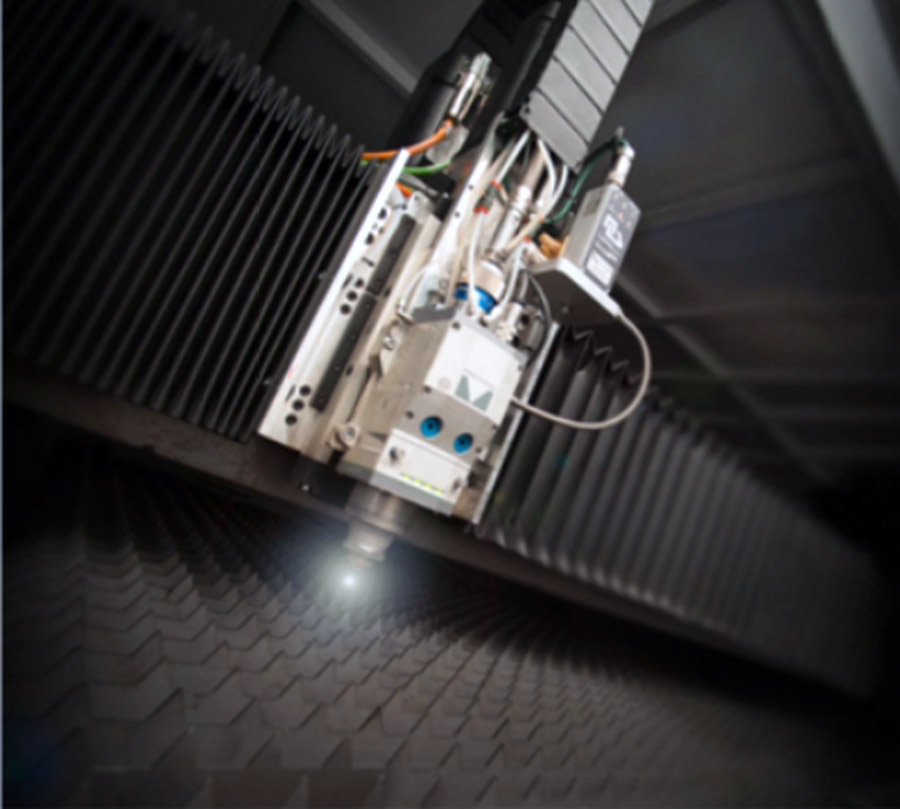 Plasma can be effective on thin sheet as well. The edges are going to be rougher than those made with a laser, but it is a matter of degree.

“If you’re going to fold the edge over, it doesn’t matter what it looks like,” Maxham says. “Say I’m doing 1/4-in.-thick sheet for an application. It is really easy to bevel with plasma to give you the edge you need for weld preparation so there is no secondary operation.”

Maxham believes plasma is the easier process to control and is more well-defined in the industry. “There is more anecdotal info on plasma and issues such as the cutting table or the recipe for cutting the perfect hole,” Maxham says.

That recipe is pretty well defined as to how to produce a smooth hole edge without any taper in the side wall, especially in thicker plate. “When the torch is finishing the hole,” he says, “it’s already calculated in the CNC to begin to raise the torch tip and ramp down the power to avoid making a large dimple where the kerf crosses.”

Geometries beyond the capability of the plasma can be cut with laser. Fine holes that have a diameter less than the thickness of the plate or sharp right-angle corners are easy to cut with the laser on thinner materials. Also, lasers are so accurate they can easily use common cuts between parts. With plasma, a space is needed between two cuts and each is done separately.

Maxham says, “The software can do all of the contours with plasma and the fine details with the laser at the push of a button.”

Keep a look out

Overall, certain factors of any cutting machine should be considered. Soitaab builds its machines from the ground up. This includes building its own process control software.

The company integrates IPG fiber laser and Hypertherm plasma technology into its systems. “The tighter you can keep control of that plasma arc, the better cut you’ll get,” Maxham says. “Hypertherm is by far the most accurate in controlling the arc and yielding that HyDefintion cut.”

Another factor is servomotor motion controls instead of stepper motors, which operate with short bursts instead of continuous motion. Servo controls allow for much smoother movement and are important for the most accurate cuts.

The gantry needs to be able to withstand high acceleration and deceleration rates as well as support all the weight of the workstations. Dual drives on the machine are coordinated so the gantry moves square on the rails.

“But perhaps the biggest thing we do is the way the machine is shielded,” Maxham concludes. “It’s a European concept where all the parts, including the mechanical motion, are covered. This not only protects the machine, but, more importantly, protects the operator, which is always our top priority. Everything is out of harm’s way.”