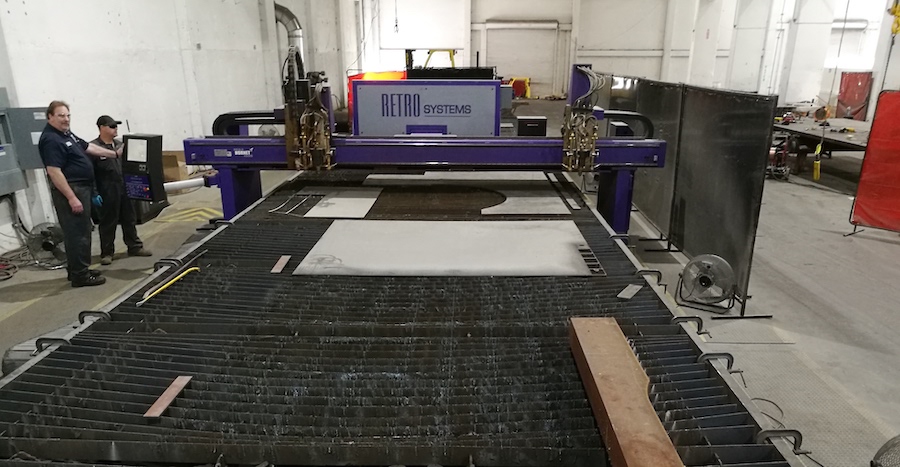 Unimak Island. Prince William Sound. Tohoku and Tangshan. Seismologists utter these names with respect. Each represents a place of terrific destruction, and in some cases, significant loss of life. Fortunately, most of the world’s 500,000 earthquakes each year are far tamer. Most can’t even be felt, and only 100 or so cause physical damage. Of these, however, roughly a dozen are real whoppers.

According to the U.S. Geological Survey, there’s a one in three chance that a magnitude 7.5 earthquake will strike the Los Angeles area within the next 30 years. San Franciscans fare slightly better with a one in five likelihood of a massive quake over that same time period. It’s unclear whether either of these event would qualify as “the big one” that so many Californians fear, but regardless, the destruction to most structures would be substantial.

Victor Zayas hopes to minimize this destruction. The president of Earthquake Protection Systems (EPS) in Vallejo, Calif., he’s spent the past three decades designing and manufacturing “seismic isolating devices” that help mitigate ground movement in the event of a quake. His company has installed these devices by the tens of thousands under bridges, buildings and industrial structures around the world. These include the Emergency Operations Center in Los Angeles, the Bay Area’s Dumbarton and Antioch bridges, New Zealand’s Christchurch Art Gallery and the spaceship-shaped Apple Park in Cupertino, Calif.

How do they work? Several models exist, but all the devices are based on the same “sliding pendulum” principle. By placing a series of devices under the structure, it is allowed to swing like a pendulum during an earthquake, minimizing the shaking and subsequent damage and allowing the structure to maintain its function after a major earthquake.

If you’re having a hard time visualizing it, picture a pair of dinner plates stacked face to face with a tennis ball in between. Place a handful of these homemade “seismic isolators” on the living room floor, then flip the coffee table upside down (this is the building) and set it on top. Now stand on your makeshift earthquake isolation system and get dancing.

This is the essence of Zayas’ design (albeit on a much smaller scale) that “controls the structure’s seismic response and harmlessly dissipates the earthquake’s energy.” Feel free to try it in your own home, but it might be a better idea to head on over to the EPS website where several videos and graphics help explain the company’s line of single and triple Friction Pendulum isolators as well as its Tension Capable isolator for vertical loads.

If Zayas has his way, all high-rises, hospitals, bridges, power plants and similarly critical structures in earthquake-prone areas will be retrofitted with such devices. Of course, he has a long way to go because most structures aren’t made earthquake proof until after the fact, assuming they’re still standing.

Those that have been equipped with one of EPS’ systems give proof to the efficacy of Zayas’ design. For example, a pair of 160,000-cubic-meter LNG storage tanks at Chile’s GNL Quintero Terminal – each resting on 260 triple pendulum isolators – survived an 8.8 magnitude earthquake in 2010. Farther to the north, the 2-km-long Los Caras Bridge in Ecuador rode out “extreme earthquake forces” during the 7.8 magnitude Muisine event in 2016. Here again, thanks goes to the bridge’s 152 triple pendulum isolators, which kept the bridge safe despite exceeding their 650-mm displacement limit.

Now that you know a bit more about earthquakes and the importance of seismic isolating devices, you might be wondering how they’re made. Here, we turn to Gene Powers, who manages EPS’ 130,000-sq.-ft. machining department along with its 100 employees and has done so for the past 15 years.

The parts that Powers and his team make are massive and, therefore, require massive equipment. Aside from “a fleet of forklifts” and 53 overhead cranes (the largest can lift a whopping 150 tons), there are a total of 35 CNC machine tools on the EPS production floor, among them four Okuma 5-axis VTLs (vertical turret lathes) and a VTL able to turn a 4-m (13-ft.)-dia. part. There’s also one of the world’s largest test machines, capable of simulating an earthquake with “the weight of an entire building” (up to 15 million lbs.) resting on one of the company’s seismic isolators.

“We make a lot of isolators, and we test every one of them,” Powers says. “It’s definitely a busy place. The building itself is an eighth of a mile long, and according to my Fitbit, I’ll log a thousand miles by the end of the year.

“You’d think I’d be a lot thinner with all that walking,” he jokingly adds.

It’s not Power’s first Hornet. “Back in 2009, I bought an Ultra-Cut with an 8-ft.-by-20-ft. table,” he says. “I told the salesman that I expected the machine would run for a few months at a time and sit idle the rest of the year. Boy, was I wrong. We’ve kept it busy every day since.”

Powers says he had good reason to come back to Hornet. Much of the work done at EPS is cutting circular overlays from 1/4-in. A36 steel and 10-gauge stainless that are then welded into a machined casting. He’s not sharing much about the manufacturing process beyond those meager details, except to say that they cut a fair amount of plate steel in the 2-in.- to 10-in.-thick range, and he is amazed at the quality of those cuts.

“I’ve been in manufacturing for 34 years now and have seen a lot of burned plate,” he explains. “In my experience, the edge is always difficult to machine and there’s always humungous drift. With the Hornet, we see neither.”

Powers attributes at least some of this success to the machine’s downdraft table and variable-speed filtration system. Both help to “suck the flame in tight,” leading to edge straightness of 0.020 in. or better on 8-in.-thick material. The system also keeps the air much cleaner than competing water tables and presents fewer problems with hazardous waste disposal, something that’s of special concern given California’s strict environmental regulations.

Whatever his reasons, Powers notes that both Hornets have been quite dependable and provide predictable results. “The machinability afterwards is incredible, and the cut speeds are awesome. It just flies. The second machine in particular will be a big help as we move forward with the new business division we recently announced where we’ll need to cut even thicker plate. Overall, I’m very pleased with our decision to go with Hornet.” 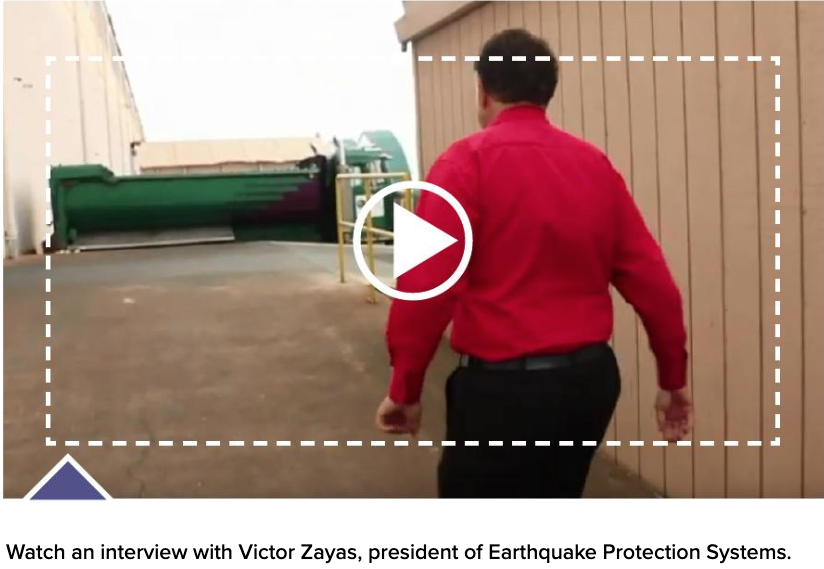 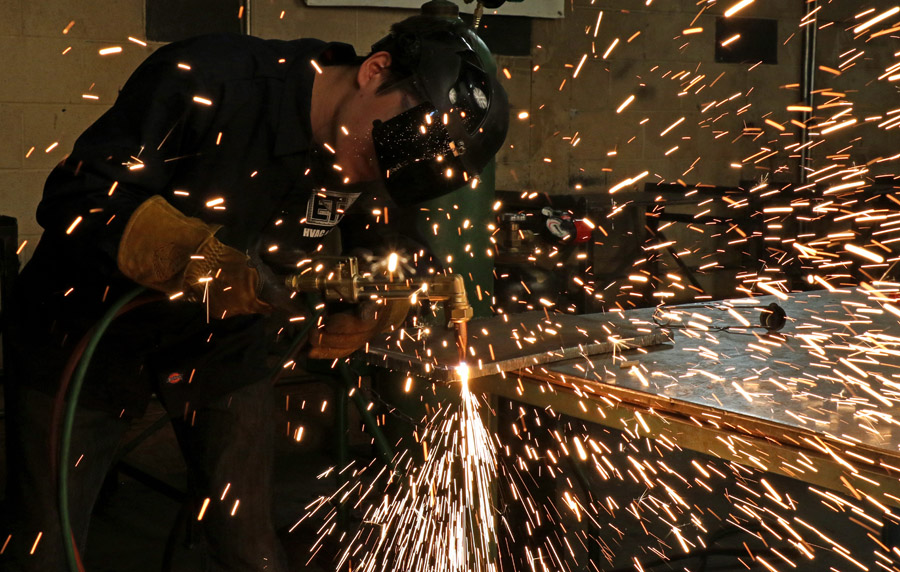 Oxyfuel Cutting
Welders in demand
For those looking for a career that offers good wages and job security, welding could be the answer
Feb 07, 2018 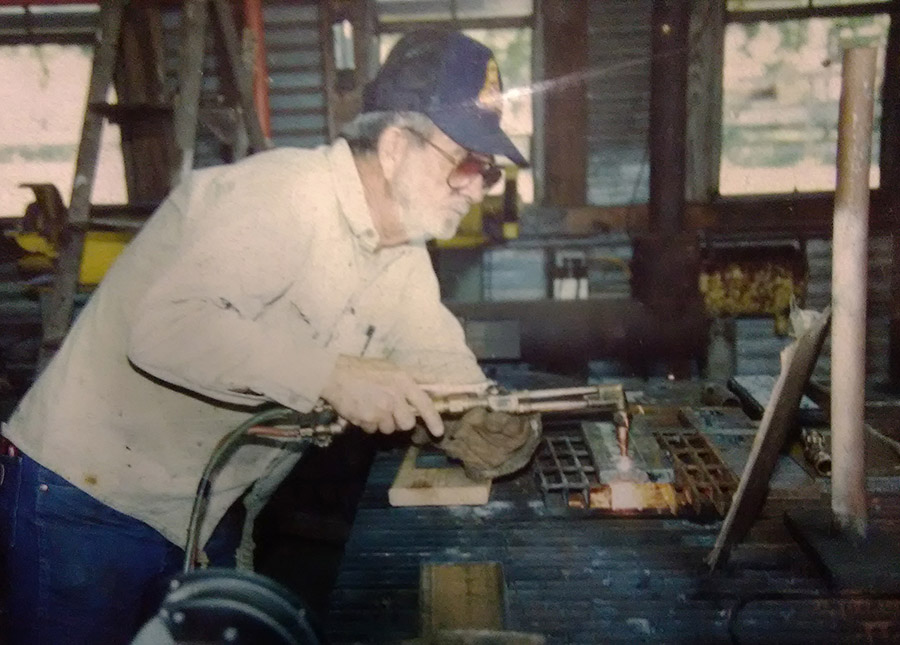 Oxyfuel Cutting
Signature cuts
Thomas Bull carries on his grandfather’s work, hand cutting signatures out of steel with a Victor oxyfuel torch
May 09, 2017 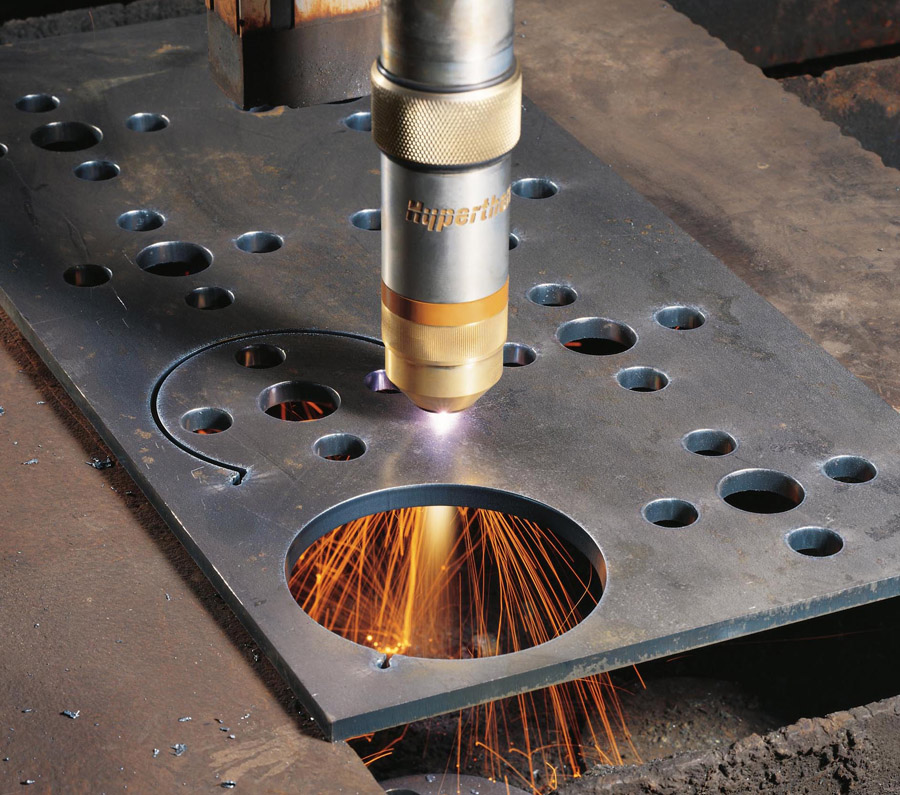