Hypertherm released four new SmartSync torches for Powermax Sync plasma systems. The torches are available in 2 ft. and 4 ft. lengths and 45- and 90-degree torch head angles. They automatically set the correct amperage, air pressure and operating mode upon installation of the consumable cartridge and allow the operator to change the cartridge without returning to the power supply. The torches also come with FastConnect to make switching between torches fast and easy. Long torches are used for a variety of jobs including decommissioning ships and nuclear facilities, scrapping metal for recycling, and removing skeletons from cutting tables. 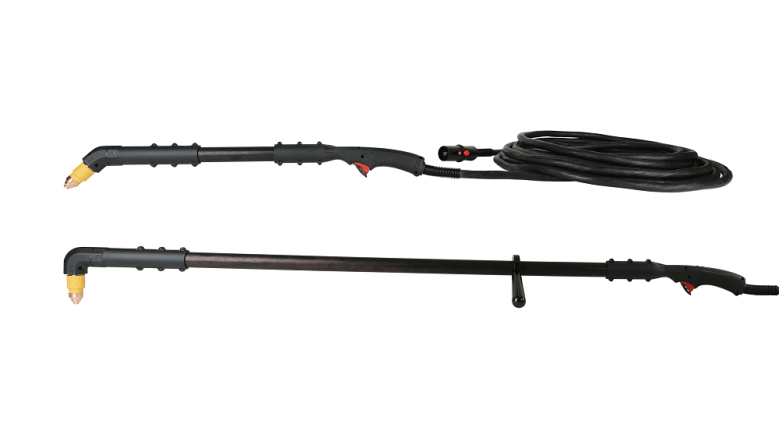