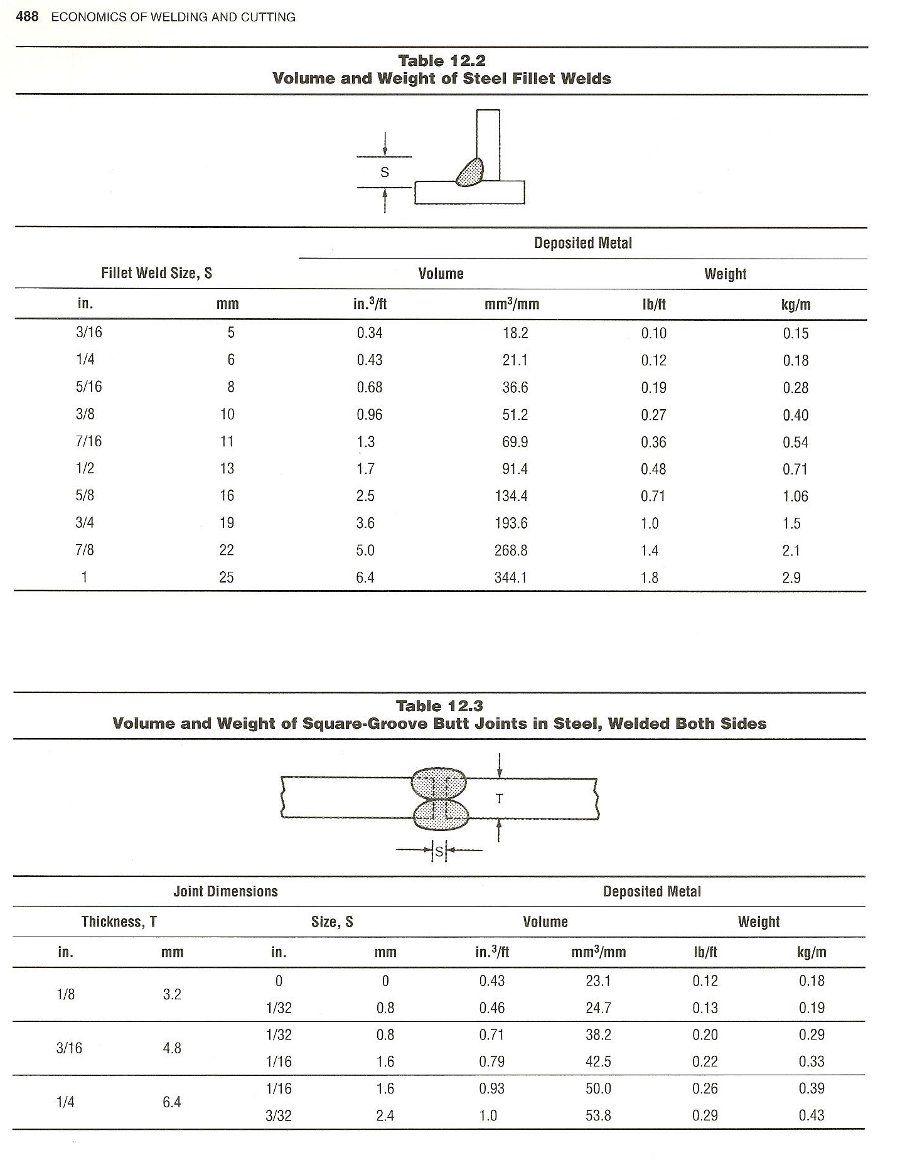 It increases weld quality and speed

Since the development of the MIG or GMAW process more than 50 yrs ago, fabricators and industrial gas companies have been looking for the ideal shielding gas. The gas needs to help produce welds that are versatile, have good strength and appearance, that are operator friendly and with adequate penetration. This has proven to be difficult to achieve, given the fact that there are more than 30 MIG welding gas blends used in the industry for steel alone.

Carbon dioxide was one of the first shielding gases. Its low acquisition cost was its most attractive feature. The deposits were deeper than stick welding or SMAW. It eliminated flux chipping which contributed to a very messy work site and short stubs that would cause many a welder to slip and fall. One of the deficiencies of this gas was a boom for grinding-wheel suppliers due to the high crown of the weld and the high spatter adhesion rate of 12 to 20 percent. Later it fell even further out of favor due to the elevated fume generation and concerns about the environment, health and safety.

C-25 (argon) was the gas industry answer. It hit the market slowly due to its elevated costs. The atmosphere has less than one percent of argon gas. This means that for every 100,000 cu. ft. of liquid nitrogen extracted from the atmosphere there is 20,000 cu. ft. of oxygen and only 1,000 cu. ft. (3 cylinders of argon) to package and sell. For this reason gas flow, measured in cu. ft. per hour (CFH) was reduced and managed carefully to help keep shielding costs down. It was frequently met with price resistance from from the purchasing department, because they were not aware of the benefits as engineering was.

How could production or purchasing justify buying C-25 at $80 per cylinder when CO2 was only $8 to $10 per cylinder? So some industries, like automotive, would continue to use CO2 for vehicle frames while shops concerned with low crown, spatter and well wetted toes of the weld would switch to C-25.

Today C-25 is still the largest segment of the shielding gas market. Only later would the automotive industry understand that consumers wanted quality in their cars. Today these industries are more responsive to consumer needs. In fact, some custom tailor-welded blanks are made using helium on some critical welds.

In the late 1970s the use of argon/oxygen started to make its appearance. This spray technique was very effective in its day. It would be selected when more heat or wetting was needed on thicker steels. When correctly used, the process produced almost zero spatter.

The negative issues were undercutting and overheating of the MIG or GMAW torch. Speed was not a benefit, and weld-wire deposits were typically oversized. Oversized welds inflate costs for a fabricator.

The penetration pattern of argon/oxygen shielding was very narrow at the root, which made the operating window of the process difficult to maintain. The torch angle had to be exact to prevent weld defects.

The late 70s and early 80s brought about another change, reducing the CO2 content in C-25 to less than 17 percent. This allowed fabricators to weld thinner metals with a hot short arc, a crisp globular arc and spray transfer.

Other common mixtures of argon were C-8, C-10 and C-15. However, the fabrication industry continues to make C-25 the largest purchased mixture. The reason is that as long as the deposit is free of porosity, cracks and other defects, why change.

Here is a chart of typical speeds using a variety of mixtures on the same material. Note that the gas type makes a speed difference.

Stargon shielding gas was developed in the early 80s. The mixture was a three-part mix containing eight-percent CO2, two-percent oxygen and a balance of argon. The goal was to combine the benefits of CO2 and argon/oxygen in one mixture. It worked well and is still used today, but it didn’t completely replace C-25 or argon/oxygen.

Later, more argon/three-part mixtures were marketed from other gas companies. The Stargon recipe is still considered to be the best and most flexible.

Stargon VS – Why should you use this three part mixture?

Stargon VS has a number of benefits. These include: overall penetration quality, mechanicals, weld surface and speed.

X-rays have proven the quality of welds using Stargon VS. Mechanicals match or exceed the requirements of AWS/ASME with excellent impact values that other two- or three-part mixtures can’t repeat.

The weld surface has a low crown, no spatter and excellent weld appearance. This also means less wasted metal. It offers exceptional wetting at the weld toes, reducing weld metal and chance of cold lap without undercutting the base metal.

When metal is not wasted in the crown, spatter, cold toes and so on, it will improve speed. Just how fast can you weld? Would 25 percent faster make you happy? Or do you need more? Email me with the speed you want and I’ll let you know if it is possible.

How good is Stargon VS shielding gas? It’s good enough to earn a U.S. patent. In 1989, Praxair was granted a patent for a gas mixture that would literally allow welding at unheard of speeds, amperages and voltages. For example, 3/8 in. plate was welded at 65 ipm by hand. It was too much speed. The only way to handle this speed was to use automation. The 1989 version was so fast that it could melt a 400-amp water-cooled gun in less than 10 minutes. So a 650-amp water-cooled gun with a 100-percent-duty cycle had to be used.

Stargon VS shielding gas is a calmer more manageable gas mixture. Think of VS as a faster, stronger lineman who is there to help you win the profit war in manufacturing. It costs a little more, but your gas cost to purchase is only a very small percentage of your fabrication expense. Stargon VS can reduce weld costs by 25 to 40 percent and eliminate indirect labor for spatter removal. It will reduce part distortion and filler metal used in the weld.

The arc is focused by the mixture. This aids the welder in placing the weld precisely in the joint with consistency, which reduces time, defects and spatter.

However, this is only half the answer. Praxair in late 1992 started working on a cast, helix and twist-free welding wire with the tightest chemistry specifications in the industry and best surface condition. (Wire cast and helix is how the wire unwinds and unspools. This has an effect on weld accuracy, arc wander, consumable life and contact current pickup.) The combined result allowed even more control over the weld. ProStar robotic welding wire along with the Stargon VS shielding gas reduces fabrication costs by eliminating indirect labor and rework. Welds are consistent, leak proof and even hand welds look like they were made with a robot.

Traditional welding wire has a 25 in. cast and a 1 in. helix or diameter rise. When the wire goes through the liner and gun, this type of wire requires about four pounds of pull on a good day. It requires eight pounds of pull as the liner fills with dirt, which then causes the wire starts to distort. This distortion or twisting of the wire makes the MIG welding process less stable, creates electrical and mechanical surges and restrictions, and slows the welding, which, in turn, adds to the weld-leg length.

Below is a chart that can tell you how much money the use of an incorrect gas and wire combination can cost you.

Notice the 20 percent change from the 3/16 in. to the ¼ in. fillet weld. This means that you used 20 percent more gas, wire and labor than you would have with the cast and helix wire. The small savings from using welding wire with no cast can result in additional costs for the 20 percent more gas, wire and labor needed for that no-cast wire, which cuts directly into your profits. Buying a wire and gas for five cents less is not going to improve your bottom line. Unfortunately, a number of companies misunderstand the need for control over these variables.

It’s assumed by some that buying what everyone else is using must be right. What it really does is limit your ability to improve your profit and lower costs for your customers.

Here are four pictures of weld wire surfaces from the major wire companies taken at 200X under an electron microscope. 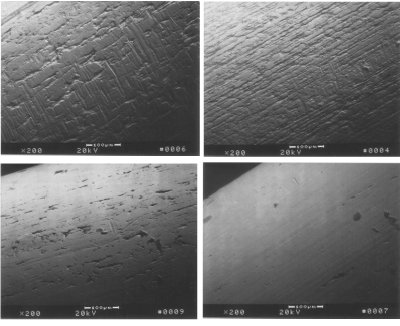 Which wire do you use? Using a wire with a rough surface costs you in parts, labor and downtime.

This article talks about the gas, but even the best mixture will not produce the profits you want if you use a twisted wire with small cast and one-inch helix.
In future issues, we will be writing more about our progress with welding wires, accessories and gases.

However, we have a service that can increase welding quality, speed, and profitability for you. It’s called our StarSolver Productivity Enhancement Program. Ask us about it.

Now that you have some history, next month’s article will more clearly explain how you can get a step ahead in the fabrication market.