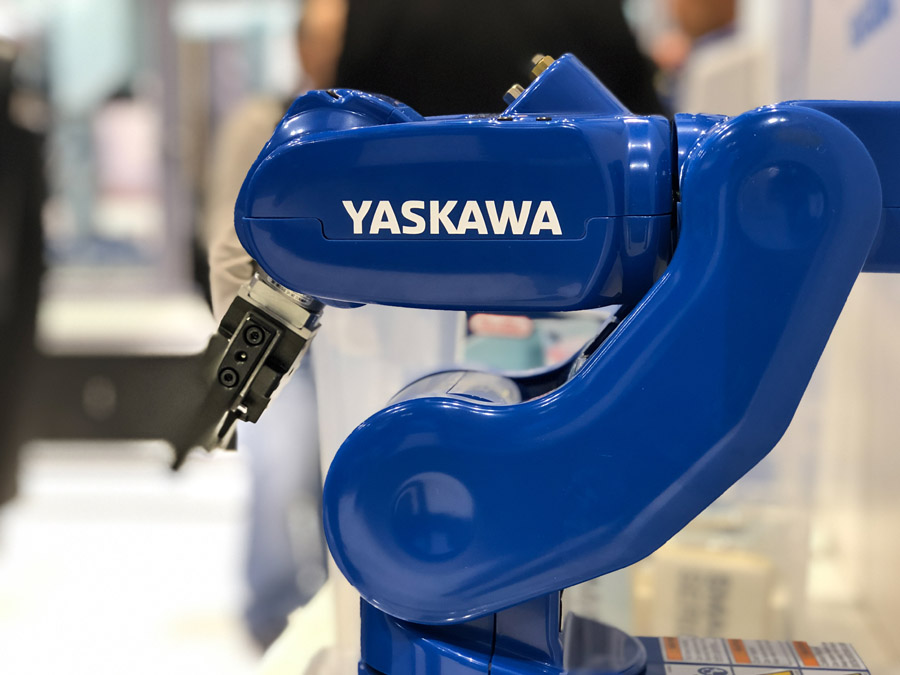 There is a tool for everything, or at least there should be. Take robotics as an example. Some arms are capable of lifting material weighing thousands of pounds, deftly maneuvering within the workcell with exacting accuracy. But what about the small stuff – items weighing a pound or less, which often includes materials in processes like kitting, packing, parts feeding and sorting?

One solution is a fast, six-axis robot that can fit in an ultra-compact work area and hold up in an industrial environment. With the introduction of the MotoMini, Yaskawa America Inc.’s Motoman robotics division has developed a small, light high-speed six-axis robot that is approximately 20 percent faster than comparable small robots. At just over 15 lbs., the MotoMini, which hit the American market less than a year ago, covers new ground for Yaskawa Motoman.

It serves as a good option for metal fabricators that are loading small parts in a stationary weld cell or into a small press brake. Elkins explains that some of the smaller robots on the marketplace just can’t handle that type of work as they’ve been designed for limited electronic control from a controller perspective or have limited range of motion.

“This machine allows us to apply a small device in anything, from small assembly tasks to small pick and place applications,” he says. “The important point is that the MotoMini incorporates speeds and range of motion that are fast and dynamic for the size of the arm. The multiple axes of motion that are inherent to the machine allow us to perform tasks that four-axis robots simply can’t do from an application standpoint.”

For example, four-axis machines can’t readily flip or pitch parts because they only have a single degree of freedom at the “wrist” point. With two more axes, MotoMini offers additional movement options in a confined workspace, making it of value in applications with tight tolerances.

“It has a fair degree of dexterity,” Elkins notes, adding that it is particularly adept at “placing pins and inserts and those types of parts.”

The unit is available with one of two teach pendants. The standard teach pendant is geared toward operators familiar with robotic programming language.

The Smart Pendant however, is an easy-to-use touchscreen teach pendant that offers simplified programing for fast implementation. It is especially suited for novice robotic programmers, as it offers descriptive commands with no abbreviations to memorize. The built-in Smart Frame technology assists in clearing up the “right-hand rule,” which involves the programmer knowing their orientation to the robot relative to the frame of operation.

“With the Smart Frame feature,” Elkins says, “we’re able to control the robot by using simple English language commands in addition to arrows that are labeled left, right, forward and backward. You don’t even have to worry about a programming language for many of the performance aspects of the arm. The nice thing is that you can toggle back and forth between smart programming and traditional programming. If you want to program in X, Y and Z coordinates, you can do that, too.”

Among Yaskawa Motoman’s arsenal of products is a robot capable of lifting nearly 2,000 lbs. with a vertical reach of almost 20 ft., so it’s reasonable to assume that designing a robot that can easily be lifted with one hand took some thought as it posed different design challenges.

“If you’re going to put a machine of this size into an industrial environment,” Elkins says, “the manufacturing aspect of that can be difficult.”

But Yaskawa, known for producing products that have won product design prizes, such as Germany’s Red Dot Design Award, doesn’t back down from a challenge. In fact, the company goes the extra mile in designing products, and the MotoMini is no exception. The goal was to build a small machine that was built to last.

“When you create small robots like this, you have to be concerned about durability, seals and the transmission of the arm,” Elkins says. “Those are the things we had to wrestle with, but I think we certainly solved it.”

As a large-scale robot design organization, Yaskawa uses CAD/CAM software and 3-D modeling to prove out designs. The Yaskawa team ran through many mathematical models to make sure every part was in the right place before they went into the prototype phase. After the prototype phase, they go through a “type test,” which is essentially putting it through the paces to test its durability and lifespan.

“It takes quite a long time,” he says. “When something is built by Yaskawa, it’s built to last.”

Because the MotoMini is so lightweight, Elkins confirms that it’s fairly easy to install, whether it’s on a tabletop, wall, ceiling or floor. Furthermore, it runs on 110-V power, “so that makes reconciling power requirements very simple.” Once it’s installed and has power and air running to it, it’s just a matter of programming.

“Operationally,” Elkins says, “we teach you how to use these robots in concert with one another. Another thing we advocate is conducting a good risk assessment on the application to make sure the installation and operational practices are sound.”

A robot of MotoMini’s size can be interfaced to a variety of pneumatic or mechanical grippers as well as vacuum grippers.

“Because of the limited payload of the machine, the grippers must be small,” he says. “But, there is a plethora of secondary organizations that make grippers that are well-suited for this size robot.”

There are also plenty of options for getting a MotoMini, or several of them, integrated. If an organization doesn’t have a Yaskawa-savvy person on staff, employees can attend training at the Yaskawa Academy, located at the company’s headquarters.

“Many of our customers choose to work hand-in-hand with highly qualified third-party system integrators, as well, to incorporate successful automation solutions,” he explains.

Another option is for the end user to take advantage of Yaskawa Motoman’s Advanced Systems group, which can provide a turnkey solution for customers with broad application needs.

“When we do that, we take responsibility for specifying the correct robot and tools that are required for successful application and assisting in the installation, etc.,” Elkins notes.

Once the system is integrated, it’s important for the end user to invest in training and create a culture that is accepting of automation.

“If people don’t understand the nuances of how a product works,” Elkins advises, “it’s not going to be as successful as the owner expects it to be. We offer curriculum in basic operation and programming, maintenance and troubleshooting.”

Furthermore, for instances when “things go bump in the night” or the end user has problems troubleshooting an issue, Yaskawa offers a 24/7, 365-day call center. 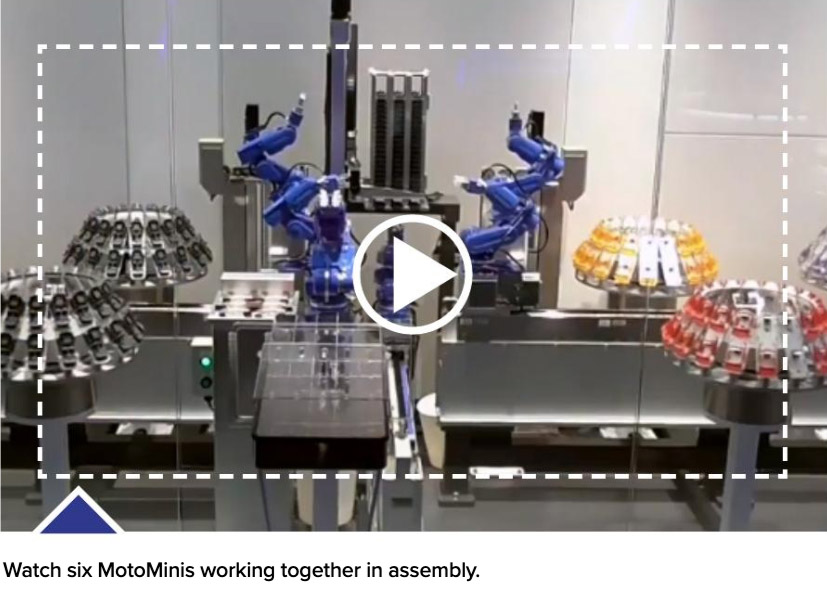 “We work diligently to solve customer problems,” he says, “and more often than not, we can solve it without dispatching a field service expert.”