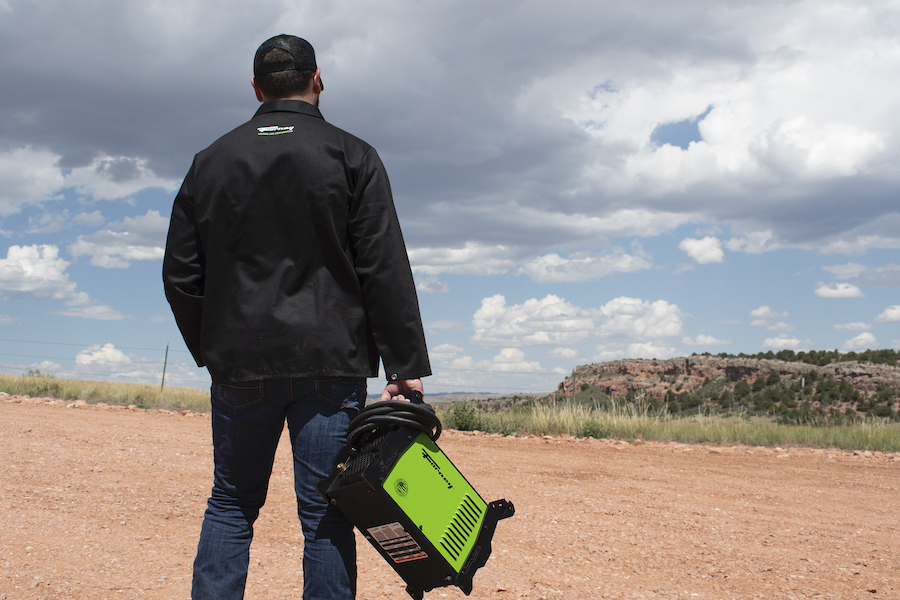 Farmers and ranchers have to be jacks of all trades. In addition to knowing about agriculture and animals, they have to know a bit about construction, motors and engines, and general fabrication, including welding. Emergency repairs can pop up, often requiring work out in the field rather than in the barn or shop, which leads to farmers being self-reliant.

The applications for welding on a farm or ranch are far-reaching. From the tractors and farm implements to silos and grain elevators to fencing and corrals, completing necessary maintenance, repairs or modifications can help reduce downtime caused by equipment breakdowns.

Because welding is a key part of many projects on the farm, it’s important to have versatile and reliable solutions. It was in the 1930s, when stick welders with an AC power source began to appear on farms. And stick welders remain the favored welding equipment to take on many farming jobs, regardless of MIG and TIG options. Welding technology advancements in stick welding have made the welders more portable, rugged, versatile and easier to use than ever.

“I don’t know of a single farmer or rancher that doesn’t have a stick welder,” says Jason Mahugh, director of engineering and technical services, Forney Industries. “They like the versatility. You can weld on lots of types of steel. I’d say 98 percent of what farmers weld on is steel. One exception is dairy farmers, who work on a fair amount of stainless steel. Aluminum isn’t very common, although one exception is water sprinkler systems made from aluminum tubing, which is nice and light and easy to move around.

“You do find the occasional MIG welder in the barn or shop, which is a bit faster than stick welding,” he adds. “But while some farmers do have a fair amount of aluminum, I don’t know any farmers that TIG weld on a regular basis. Often TIG welding is outsourced just because it takes a fair bit of time and skill.”

The limitation with stick welders is welding thin metals without creating burnthrough. “I can stick weld down to 1/16 in.,” Mahugh says. “Anything less than that is really difficult for stick welding. On a farm though, most farmers weld on something 1/8 in. to 1/2 in., which is perfect for stick welding. Occasionally, they have to weld sheet metal. They can use a smaller electrode – a 5/64-in. 6013 – but it’s not easy.”

MIG welding produces quality welds, but requires a more controlled environment. Metals must be completely paint- and corrosion-free. Shielding gas is required and any wind can disrupt that shield around the welding arc and create a weak weld. It is necessary to bring the compressed gas tank to the repair site as well.

MIG welders can weld metal as thin as 24 gauge up to thick plate. The process is easier to learn and faster than stick welding, too.

An alternate option for MIG that makes MIG welders more flexible in outdoor conditions is using self-shielding flux-cored wire. This type of wire does not require external shielding gas because the weld pool is protected by gas generated when flux from the wire is burned. Flux-cored welding works as well as stick welding on painted or dirty materials and provides increased metal deposition. Mahugh says he does see farmers use self-shielding flux-cored welding semi-regularly.

Other aspects of stick welding have changed to add to its ease of use on the farm, including the size of the equipment.

“One of the biggest changes I’ve seen in the last few years is farmers moving beyond transformer welders,” Mahugh says. “They’ve always liked them because they are good, solid performing machines, but they are now embracing inverter welders because they are lighter and portable. The welding machines available before 2000 or so were big, heavy transformer machines. They were good for the shop but really hard to take out to the field. Inverter power supplies are much lighter. You can get a really nice stick welder today that weighs less than 30 lbs. or even 20 lbs.”

Stick welding allows for out-of-position welding, which is common on big tractors and other equipment that can’t be disassembled for welding. There is some skill required with out-of-position welding in those tricky areas. Another change Mahugh is noticing are farmers taking a look at electrode alternatives.

“Most farmers like to use a 6011 rod because it’s fairly versatile,” he says. “However, we’ve noticed some farmers gravitating toward a 7014 rod, which is really versatile and easy to use in out-of-position welding. Most farmers were brought up welding with a 6011 rod and so they continue to stick with it. But the 7014 is replacing the 6011 for some farmers for out-of-position welding. Or, they are starting to grab a 6013 rod instead of a 6011 if they have to weld some sheet metal. Still, a lot of farmers don’t know the benefits of using other options.”

To power their welding equipment in the field, farmers use an engine-driven welder or a portable generator and welder. For a 230V welder, they require at least an 8-kW or 9-kW generator to produce the 160 or 170 amps they need. The ideal welding machine would operate from about 60 amps to 180 amps to weld fairly thin to thick material.

An engine-driven welder is just a stick welder with built-in generators that acts as power source as well. It can be used to power other equipment too, such as lights and water systems.

Here again, though, Mahugh is noticing a change in habits. “I’ve seen a shift in the market where more and more farmers are using a portable generator and then a welder instead of an engine-driven welder,” he says. “An engine-driven welder weighs from 300 lbs. to 500 lbs. and sits in the back of the truck taking up a lot of space whereas a generator is a little bit more portable. The newer portable inverter stick welders run really well off of a generator.”

Overall, it seems stick welders are still the best option for welding on the farm, particularly with today’s features. “I’m always surprised by farmers,” Mahugh adds. “They are innovative and really highly skilled. I’ve seen a lot of farmers that are quite good at welding. Most farmers were taught to weld as a young teenager so they are actually pretty good welders I think.” 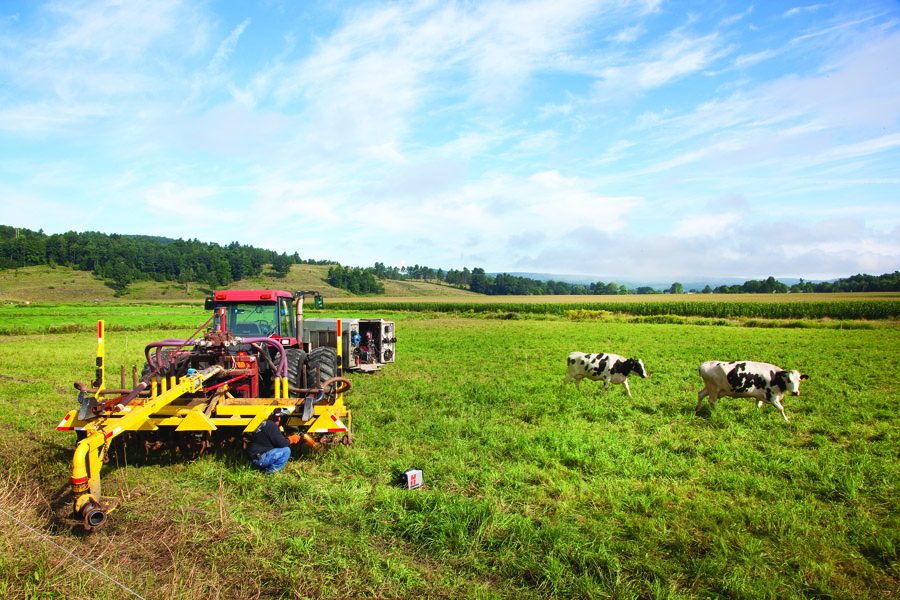 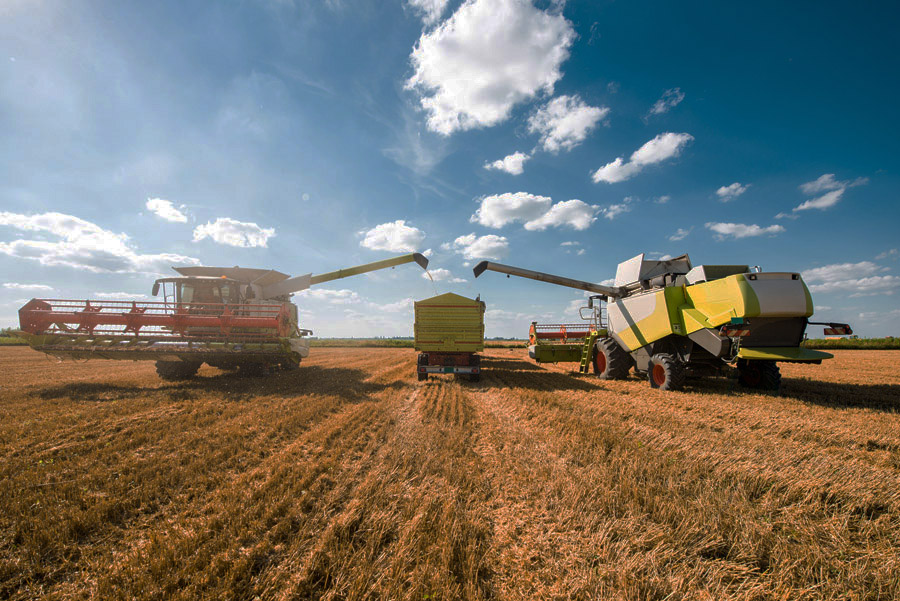