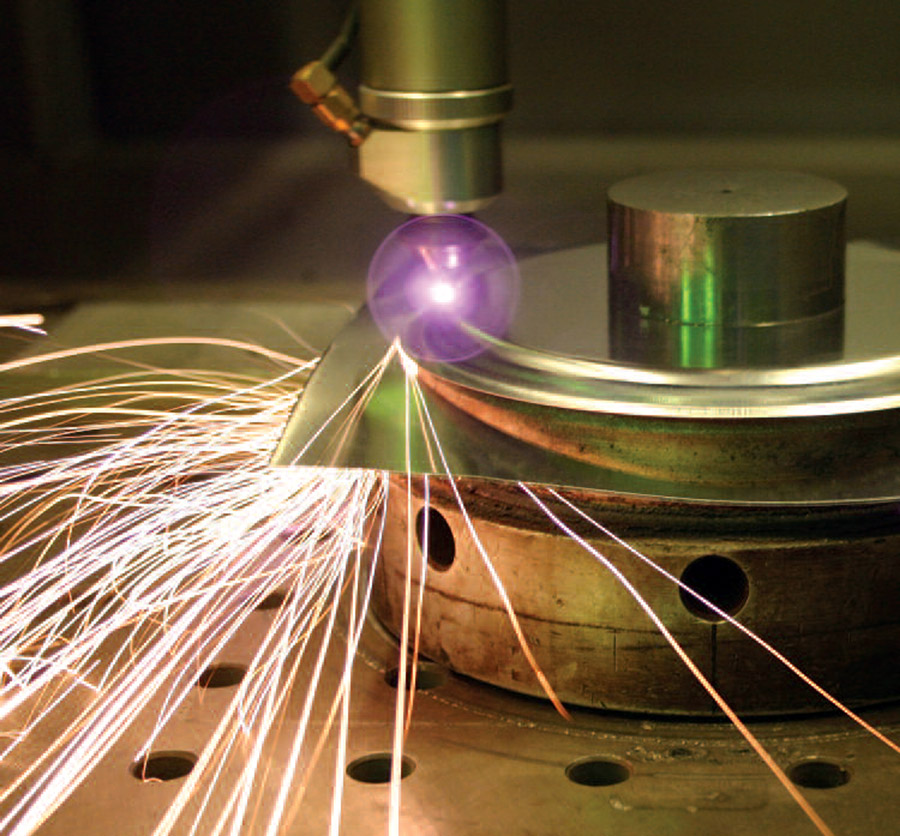 When laser welding first started to appear in production settings some three-plus decades ago, the primary attraction was its high welding speed and significantly deeper weld penetration when compared to traditional welding methods. To be sure, production laser welding systems are capable of providing welding speeds four to five times faster than traditional arc welding systems. In addition, the superior penetration afforded by laser systems enables single-pass welds in situations where traditional welding would require multiple passes.

It didn’t take long, however, before some of the less obvious advantages of laser welding began to garner significant interest – most notably, the ability of laser welding systems to effectively weld thin materials as well as dissimilar materials. It was customers’ increasing interest in these areas that drove Automation Alternatives Inc., a laser system manufacturer, to focus its engineering and product development efforts on optimizing its laser systems’ capabilities in these areas. 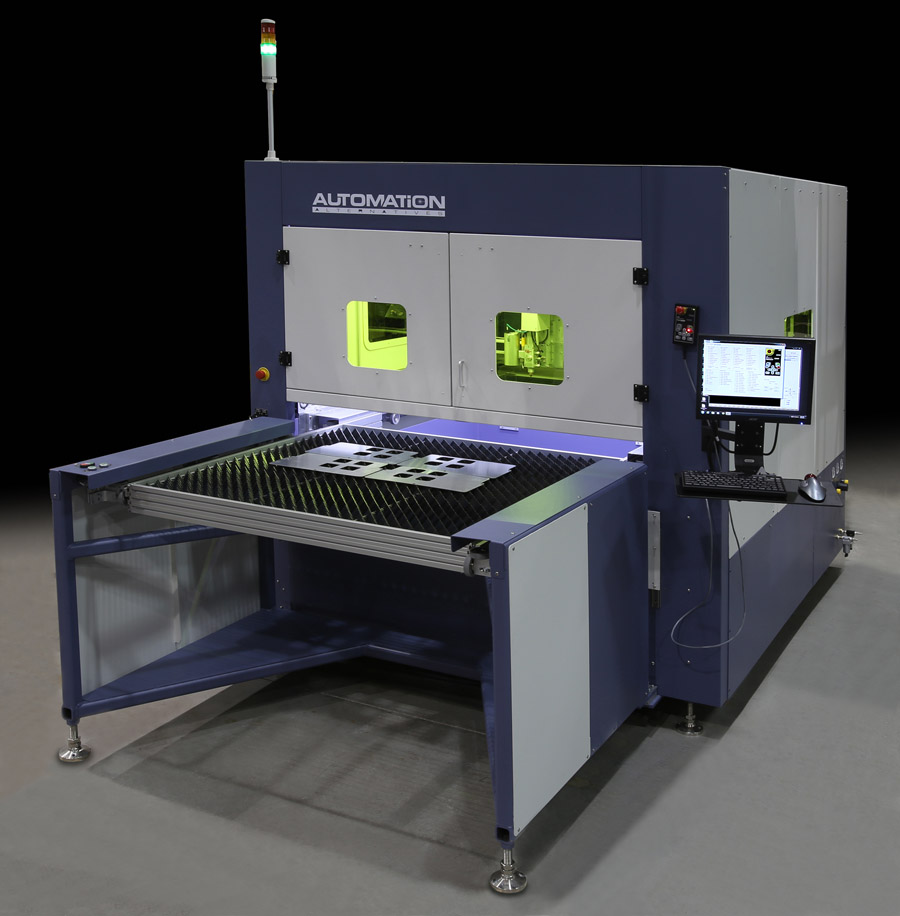 The RubyLaser hybrid welding/cutting station is built on a heavy-duty welded steel structure, offering the durability and precision needed in fabricating and manufacturing settings.

While many companies became fixated on welding ever-thicker materials, others focused on the more daunting challenge of welding extremely thin materials. The high welding speeds associated with laser welding systems together with the high power densities achievable with the exceptionally small spot size – as small as 0.001 in. to 0.002 in. for the Automation Alternatives’ RubyLaser FLW (fiber laser welding) system – yield small heat-affected zones.

“This is particularly important for thin, low-mass parts that do not have the ability to readily diffuse heat and, therefore, are susceptible to distortion,” says Mehdi Soghrati, CEO of Automation Alternatives. “It’s also of great value to challenging applications, such as medical device manufacturing where precise welding of very small and thin parts is required.”

An even thornier challenge, says Soghrati, was found in applications that required welding thin material to much thicker material. The disparity between the energy required to sufficiently heat the thicker versus the thinner part risked deformation or even vaporization of the latter or inadequate heating of the thicker part resulting in poor weld quality.

When asked how Automation Alternatives addressed this dilemma, Soghrati explained that the company developed a highly sophisticated laser power controller that is capable of finely modulating the laser over a wide range. The controller algorithm provides unique modulation techniques that ensure that sufficiently high laser energy is applied to melt and join very different thicknesses of material without overheating or damaging the thinner material during the welding process.

“The RubyLaser FLW system along with its controller and powerful user-friendly software can easily weld materials as thin as 0.001 in. to heavy, massive parts of similar or dissimilar materials with exceptional weld quality,” Soghrati explains. “Its controller and modulation algorithm also enable higher powered lasers to weld thin materials that would typically be processed on lower powered machines by regulating the laser power over a significantly wider range than that of competitors’ systems.”

This feature lends itself perfectly to applications, such as welding very thin diaphragms to heavy-duty instrument bodies in process instrument manufacturing. Additionally, it can also produce welds of different finishes, patterns and penetration. By leveraging the laser’s line-of-sight welding capability, a variety of weld geometries can be achieved that are simply beyond the capabilities of traditional welding systems. 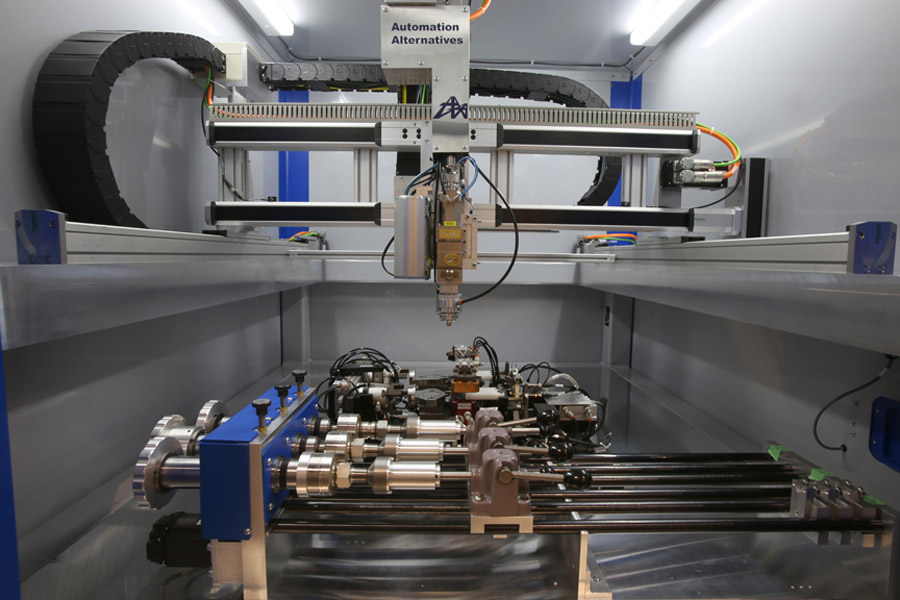 As shown here, RubyLaser FLW systems can be equipped with single and multiple rotary axes and spindles.

“One of the most significant obstacles to creating high-quality welds of dissimilar materials has been the creation of intermetallics and non-homogeneous structures within the weld when the melting points of the two materials being joined diverge,” Soghrati says. “This most commonly occurs when the material with the lower melting point approaches its vaporization temperature. This was a common problem with the previous generation of Nd:Yag lasers.”

Fiber lasers, due to their smaller spot size and consequently smaller heat-affected zone, are somewhat less prone to this problem, however. Add that to RubyLaser FLW’s controller, which can precisely control heat input to each material individually, and it further mitigates the creation of intermetallics during the welding process.

This is made possible by the controller’s algorithm, which ‘shapes’ the laser’s power and pulse where the two molten materials mix, thereby reducing the likelihood of brittle or otherwise poor weld quality. And it happens without the need to introduce filler metals as is required in the vast majority of dissimilar materials applications.

RubyLaser FLW systems are being successfully used to weld a range of dissimilar material pairs. The applications range from electronics to aerospace and beyond.

Examples include a customer producing industrial sensors that welds thin diaphragms of exotic materials to stainless steel sensor bodies. Other customers in the electronics, medical device and aerospace industries are using RubyLaser FLW systems to weld titanium to steel and copper to nickel. Others are producing aluminum alloy welds as well as joining a variety of different steel alloys. 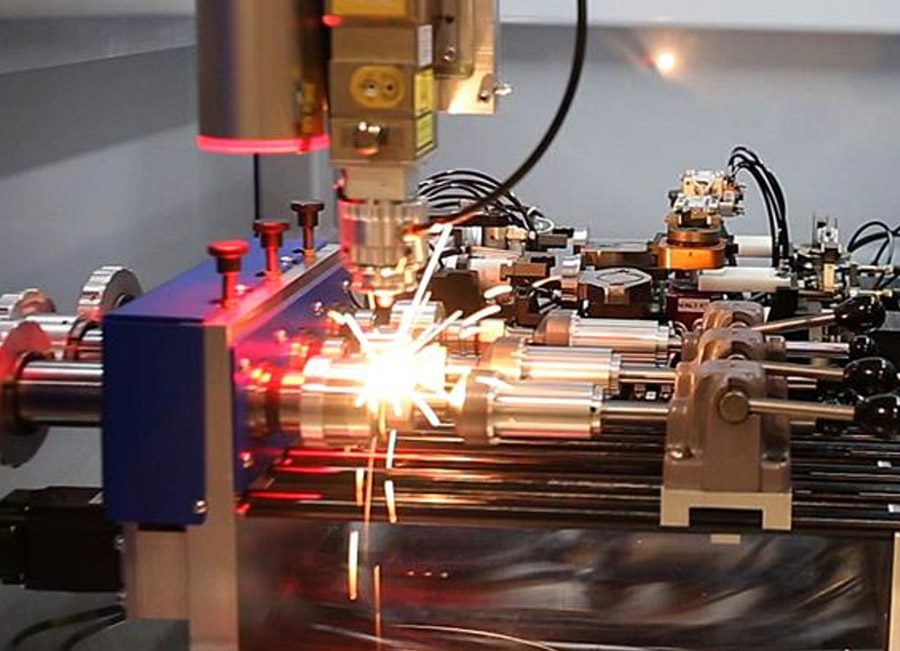 As shown here, RubyLaser FLW systems can be equipped with single and multiple rotary axes and spindles.

When sourcing a laser welding system, customers tend to consider a system based upon the thickest materials they expect to weld as well as their cycle-time requirements, but it should be noted that the higher the laser power, the increase in capabilities. Benefitting from an exceptional laser power modulation range, a higher power laser can be used in both welding thin materials and thicker heavier materials that need much more power.RubyLaser FLWs are available at power levels ranging from 150 W to 5 kW, delivering a true multi-purpose laser welder.

“Customers that would have otherwise been drawn to EB [electronic beam] welding systems due to the high purity of their welds and virtual absence of contaminants, find the RubyLaser FLWs a more cost-effective choice in most cases,” Soghrati says. “Compared to other laser welding systems and especially Nd:Yag systems, the RubyLaser FLW’s controller significantly reduces the likelihood of intermetallics being created, producing welds that approach those of EB systems. In addition, EB systems require vacuum chambers of a size suitable for the assemblies being welded and the evacuation and load/unload times negatively impact cycle times.” 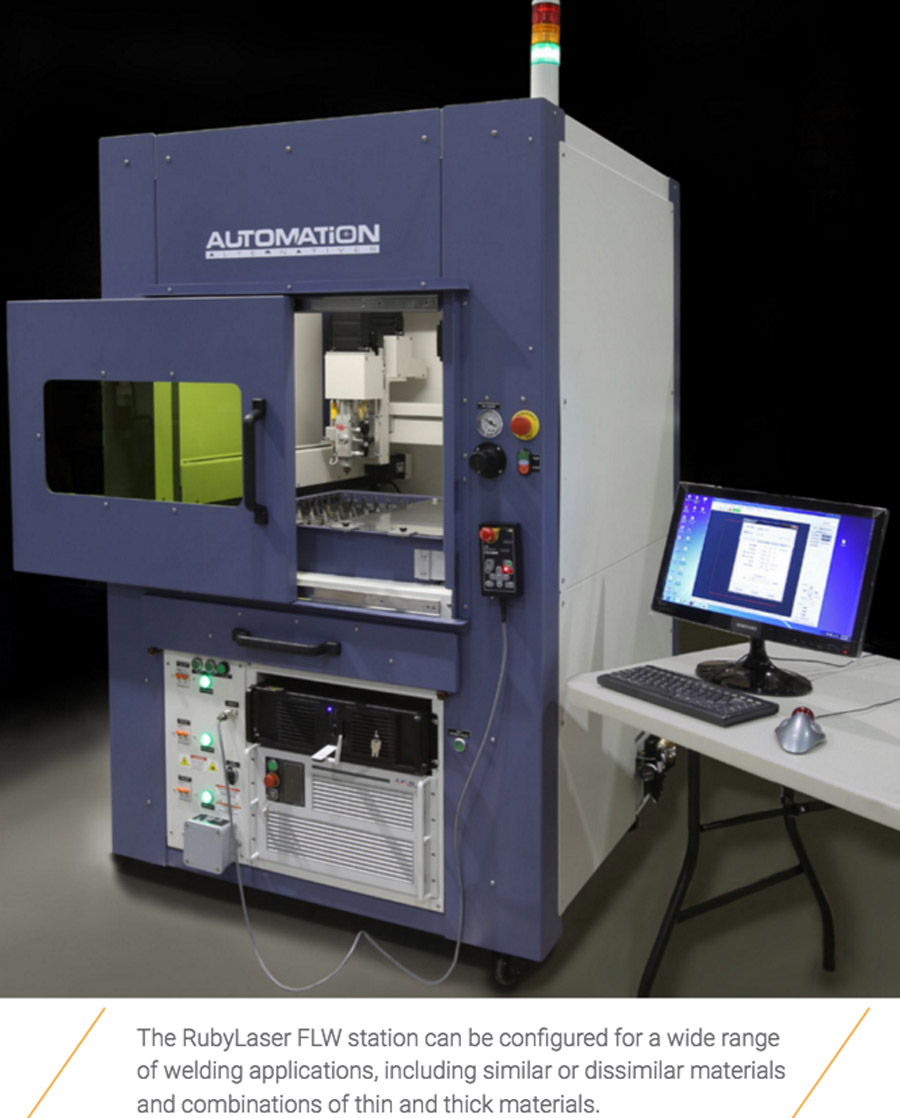 Not constrained by vacuum chambers, the RubyLaser FLW systems have the added advantage of size. They’re available in 2-ft.-by-2-ft., 4-ft.-by-4-ft. and 4-ft.-by-8-ft. working areas and can be supplied with custom automated welding fixtures that significantly improve productivity and precision. In addition, the systems can be equipped with single and multiple rotary axes and spindles as well as custom automation, if desired. For those that require a custom solution, the company tailors equipment according to customer requirements.

To push the precision envelope even further, the RubyLaser FLW has a versatile vision system that is seamlessly integrated with the controller and software. The same is true for the company’s cutting system.

But precision does not come at the expense of efficiency. The lasers have low power consumption and maintenance costs and boast a laser life well upwards of 50,000 hours. For more information, Soghrati suggests calling the company at 508-446-7063.