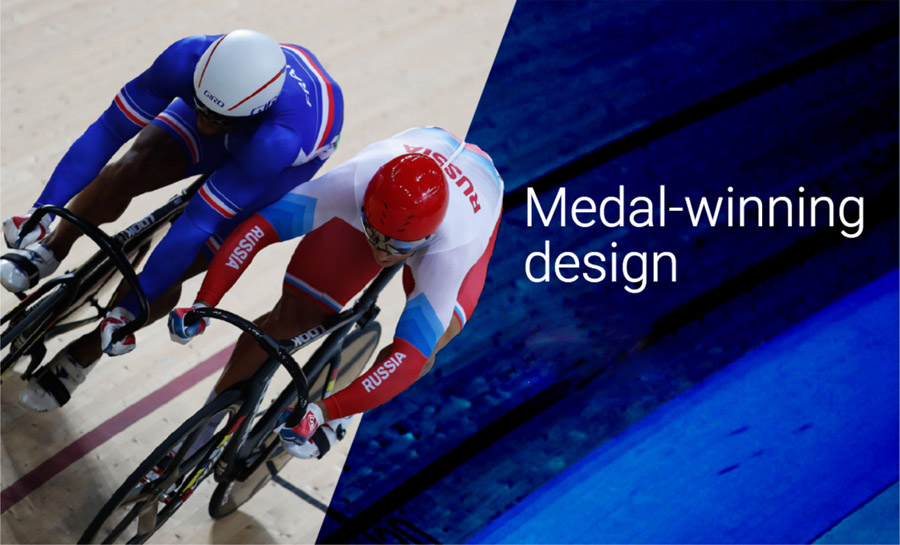 Bicycles, despite their apparent simplicity, have become fine-tuned precision machines where parts are measured in millimeters and grams. Professional cyclists rely on the latest technology to give them the power-to-weight ratio that helps maximize their efforts.

Erpro & Sprint, a company that uses SLM’s machines to make a variety of components for the automotive, aerospace, medical, cosmetic and architecture industries, recently took on a metal additive manufacturing project that resulted in the production of handlebars for the French team. They partnered with the French Cycling Federation and GIE S2A, a French-based company that operates large aeroacoustic wind tunnels, to design and develop the new handlebars.

The 3-D printed handlebars, which take 24 hours to make per set, utilize an interior aluminum lattice structure that provides the strength needed as the cyclists torque down on the handlebars while sprinting. The lattice structure also helps to minimize weight. Erpro & Sprint used the SLM 280HL metal 3-D printer to make the handlebars. Cyril Vue, CEO of Erpro & Sprint, notes a French cyclist had success with the handlebars earlier in the year when he won a track race in Italy. Athletes were optimistic that the new design would provide similar outcomes at the Olympics. 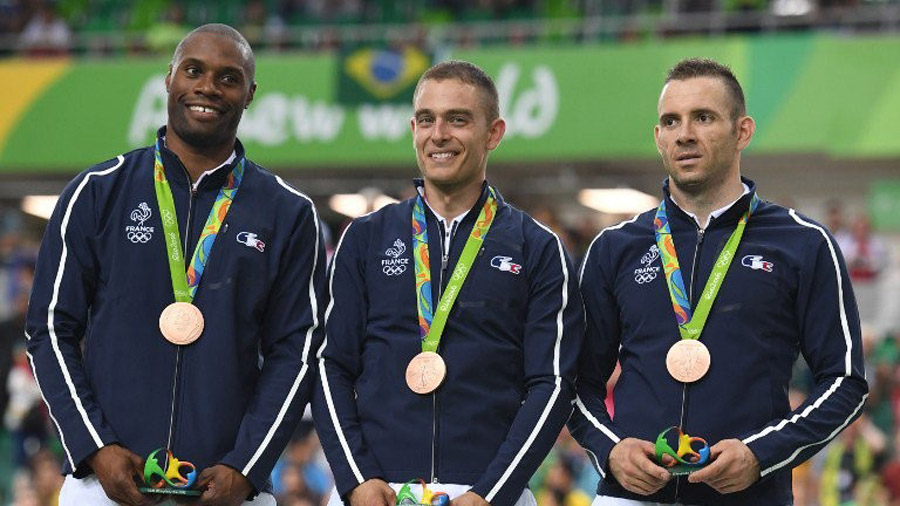 SLM, which stands for selective laser melting, offers the SLM 280HL, the build envelope of which measures 280 mm by 280 mm by 350 mm. The 280HL, the model Erpro & Sprint used to make the handlebars, delivers high throughput technology with one or two fiber lasers with 3-D scanning optics and a patented bi-directional recoating. 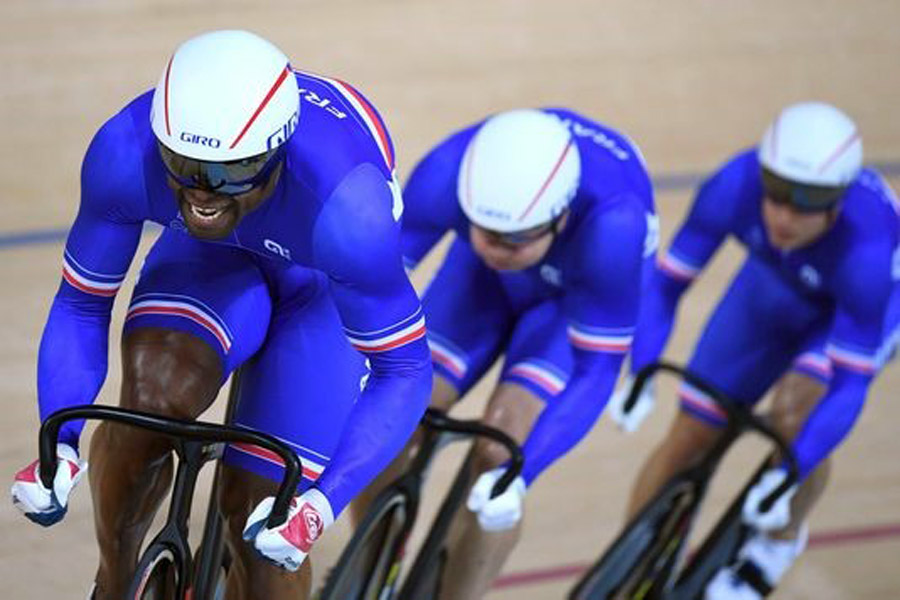 An SLM representative says that depending on how the components are arranged, the printer can offer an 80 percent higher build rate than competitive models. The highest build rate is measured at 55 cm3/h. The total weight of the machine without metal powder is approximately 3,306 lbs. An SLM representative says that the machine used by Erpro & Sprint to create the handlebars offers a weight reduction that makes the aluminum handlebars almost as light as carbon fiber.

Carbon is huge in cycling today. Frames weighing as little as 1.5 lbs. are made from carbon, and almost every component on a high-end bicycle, such as those used by professionals, is made from carbon. It’s so light that some bikes fall under the Union Cycliste Internationale’s (UCI) minimum weight limit, which is 14.99 lbs. To compete, they must add ballast to the bike to bring it up to the proper weight.

“Thanks to the interior structures we built with 3-D printing,” says an SLM representative, “we can manage to make an aluminum part almost as light as a carbon part.”

Not only are the aluminum 3-D handlebars nearly as light as carbon handlebars, they have the same strength, if not better, as was evident when French cyclist Virginie Cueff took a hard fall during an Olympic track race. Although she suffered minor injuries, her handlebars were not damaged. 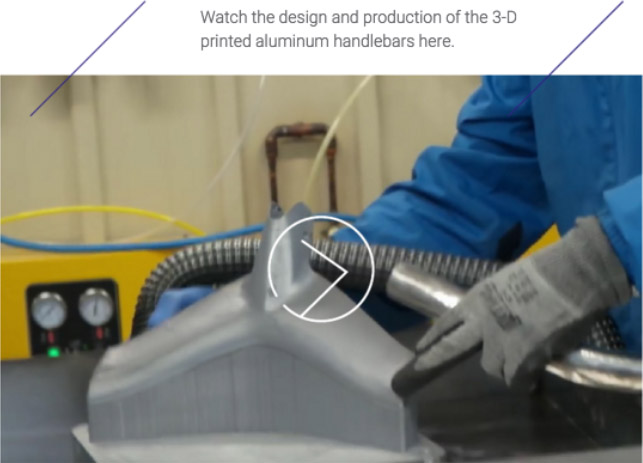 3-D printing with aluminum powder is not without its challenges, as an SLM representative points out. The aluminum powder is reactive and can be dangerous if not handled properly. The proper equipment must be used at all times, as even simple static electricity can potentially ignite the powder.

Aluminum used in 3-D printing allows for complex, yet lightweight designs to come to life, which makes it ideal for many applications in many industries. Carmaker Audi recently bought the 280HL system to focus on aluminum materials for the development of their lightweight designs. Furthermore, Formula 1 manufacturers are creating parts with SLM systems.

SLM machines include the SLM 125HL, touted as its economical system with a smaller build envelope than the 280HL. Utilizing 3-D CAD data, the 125HL produces high-quality metal components. Build rate, which is approximately 25 cm3/h, is improved in the 125HL through a patented bi-directional coating process.

SLM also produces the SLM 500HL. As the numerical value would suggest, the build envelope is larger than the other two machines at 500 mm by 280 mm by 365 mm. Utilizing four quad fiber lasers (at 400 W each), the build rate is increased by 90 percent compared to the twin configuration (also at 400 W each). The 500HL has a fully automated powder management system where the metal powder is continually sieved and fed to the construction process. This is a time saver because there is no manual filling of metal powder to the machine. The build rate for this machine is 105 cm3/h. 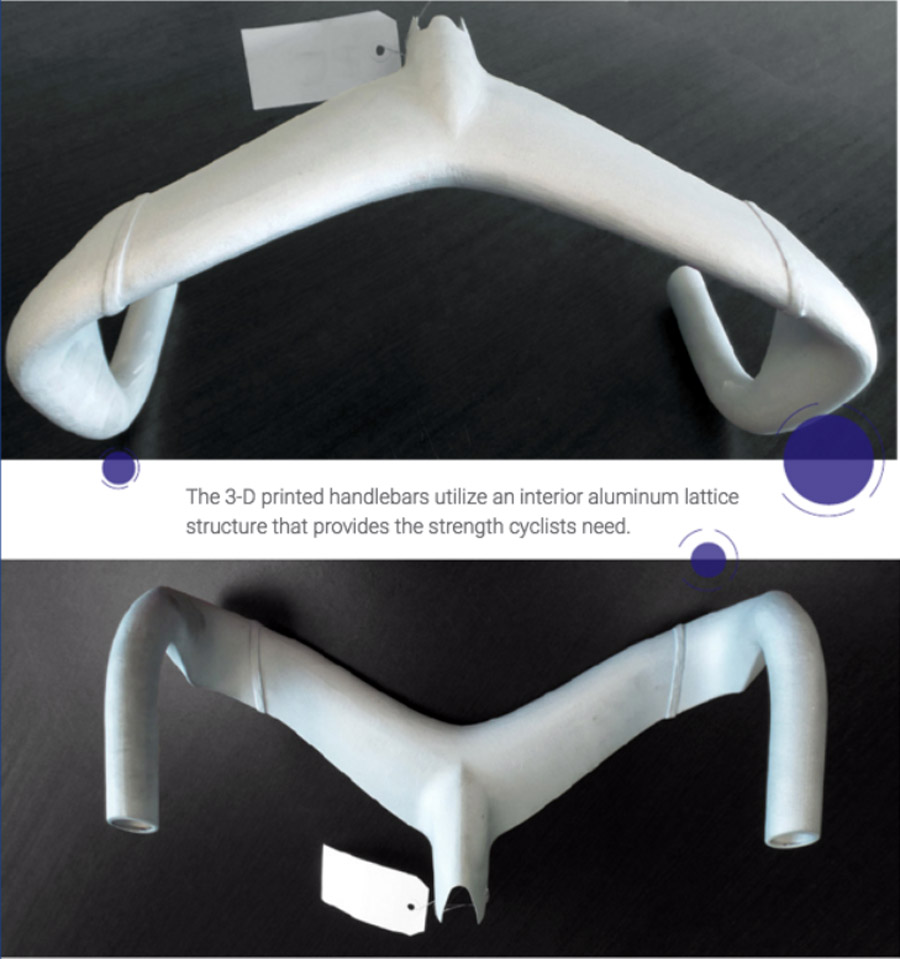 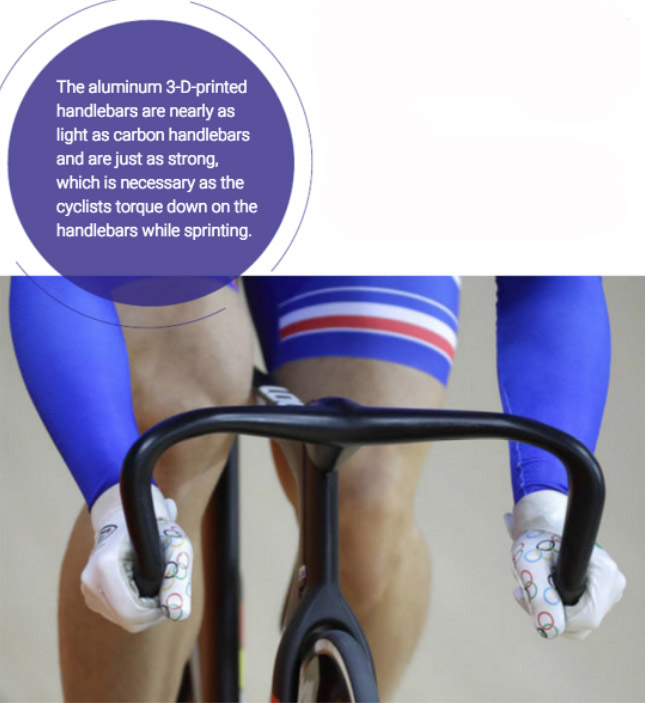 SLM customers are using the technology in many ways, including automobile tire mold design. SLM says its machines are enabling the production of new tire tread mold segments in less time for less money. It’s the layer-by-layer process of melting metal powder with lasers between 400 W and 1,000 W, or a combination of lasers, that allows more intricate tread designs, creating fine gaps that traditional moldmaking processes can’t achieve.