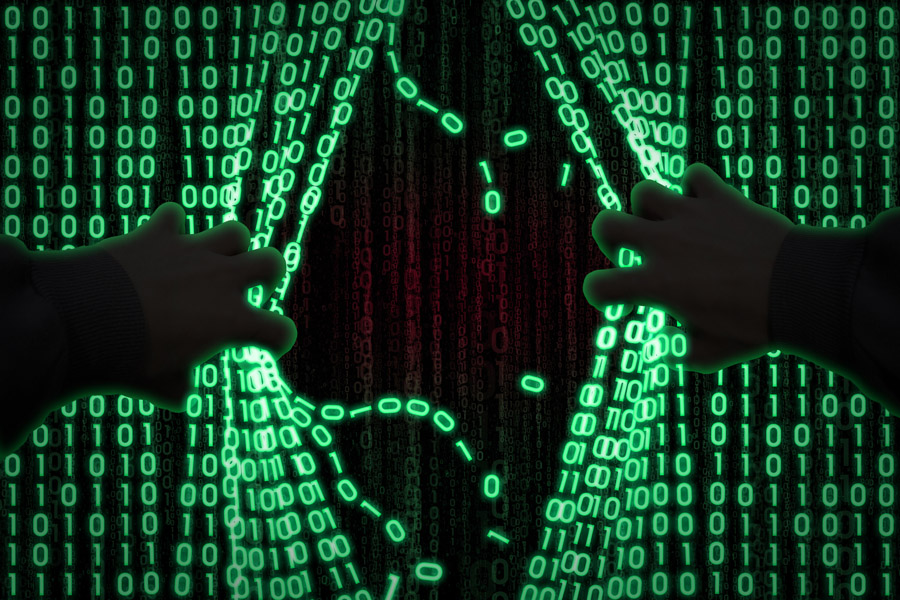 More and more OEMs are offering customers the ability to use the concept of Industry 4.0 to connect their machines to a network where the data is displayed and can be read in convenient ways. Users can access their data from dashboards in the office and smartphones from remote locations. But, as Industry 4.0 sweeps through the manufacturing community, there is one big aspect of it that needs to be taken into serious consideration: security.

“By tying your factory floor into your network to allow operational data to be accessed, you’re also tying that data into the cloud,” says Tim O’Donnell, software supervisor at Mazak Optonics Corp. “In doing so, you’ve basically created an opportunity for people to use malware, spyware or ransomware to get into your facility. That door you just opened leads to your entire factory’s data and the potential for sabotage.”

With unfettered access, hackers, foreign or domestic, could steal proprietary operating information, such as cutting conditions that took valuable time to develop. Another, albeit, extreme example could be a hacker that is able to lock up the control of a machine and hold it ransom until their demands are made – be it cash, bitcoins or whatever else they may want. 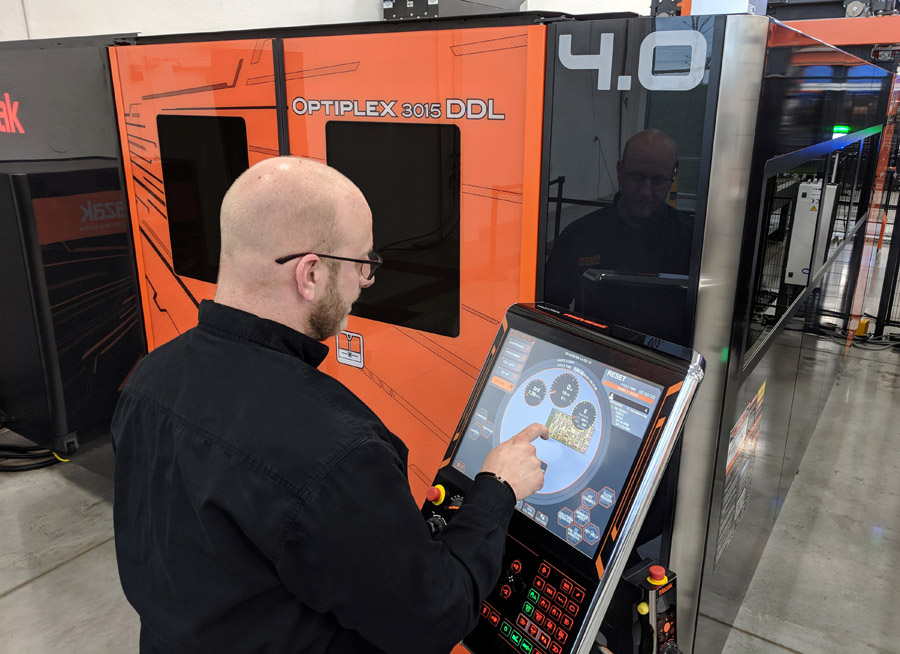 Businesses that leverage machine data to develop better manufacturing efficiencies must put protections in place to secure their data from theft.

The ability to extract data from equipment and send it to a network for monitoring, collection and analysis is truly at the heart of Industry 4.0. Systems, such as Mazak’s iSmart Factory, Smooth Monitor AX software and MTConnect, are enabling those activities and, as technologies are prone to do, they are becoming more refined by the day.

In addition to developing these refined, sophisticated capabilities, Mazak also instituted its SmartBox, basing it on a framework of keeping data safe and secure. In essence, the SmartBox serves as a firewall that protects users from outside hackers trying to worm their way into manufacturers’ buildings and networks.

For companies that may already have a firewall in place, it, unfortunately, may not be enough. The SmartBox serves as a second firewall, but one that’s specifically employed to protect the factory floor. Therefore, if hackers are able to get access to a company’s network, the additional safeguard acts as a buffer to protect operating data from getting into the hands of outside influences.

“It was designed to let data go out from the factory floor but not let data – or hackers – in,” O’Donnell says. “The team at Mazak cannot stress enough how important this extra security barrier is in terms of keeping your data safe.” 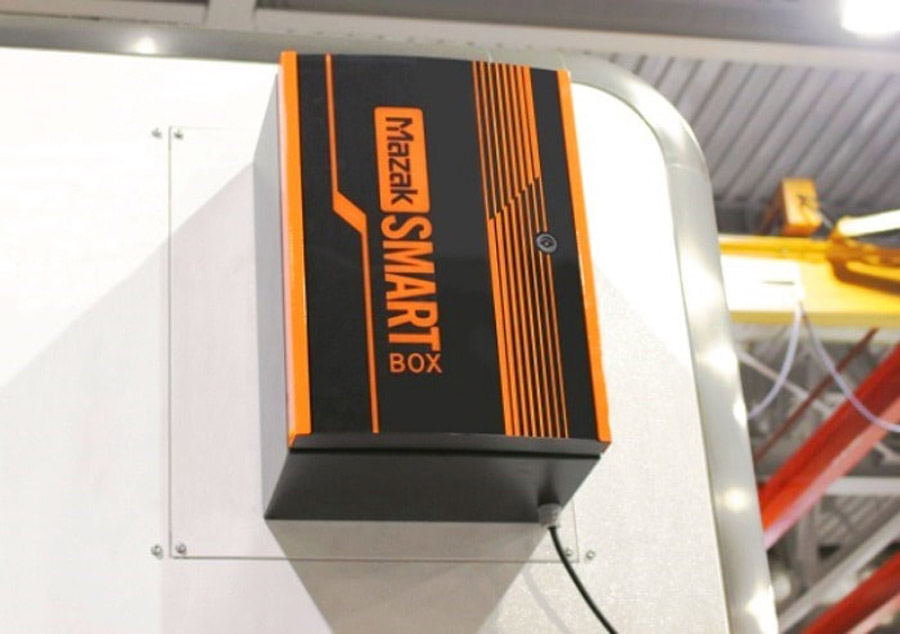 Mazak developed its SmartBox, an advanced security protection device, to give fabricators peace of mind when digitally integrating their manufacturing operations.

To deliver on its promise of securing a fabricator’s data, the SmartBox includes a Layer 3 managed switch, which is a type of hardware that can be found in almost any IT security room. In terms of the data that is being protected, it can come from multiple machines – be it Mazak machines or machines from other OEMs. Mazak’s MTConnect system standardizes machine language allowing these important connections and also allowing the SmartBox to work with any machine regardless of its make, model or age.

“Because the language for MTConnect is standardized, it can work with third-party equipment and legacy equipment – older equipment that may not be configured to export data,” O’Donnell explains. “Sensors can be added to enable any third-party or older equipment to be compatible with the network as well as the SmartBox. From there, the SmartBox can accept the signals emitted from those analog or digital sensors. And even if every machine setting might not be transmittable to the network, it is still being protected.”

To install the SmartBox, Mazak technicians come on-site to a fabricator’s facility to assist in the task. Connections to non-Mazak equipment, however, fall under the responsibility of a customer’s IT department. 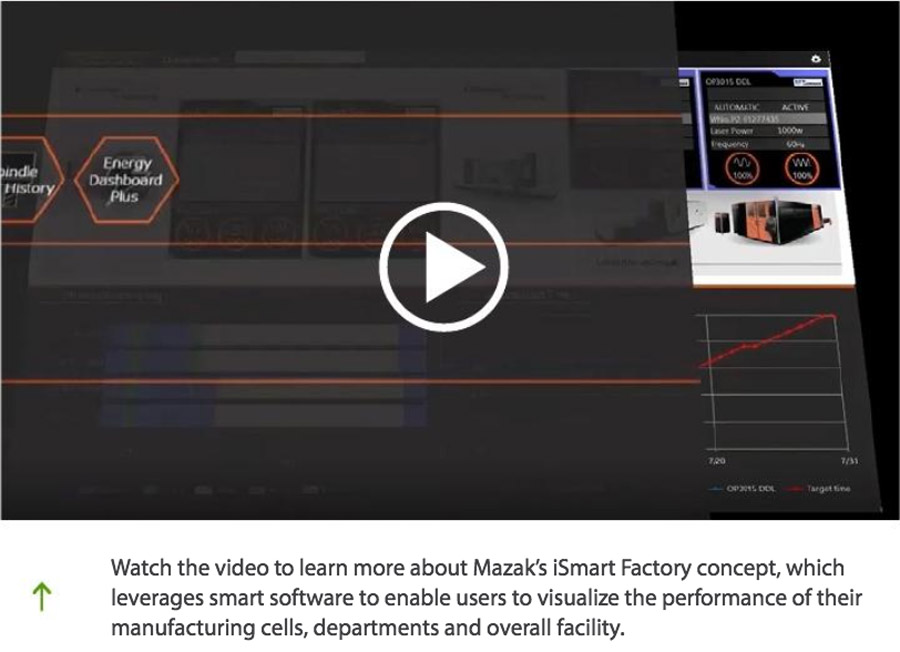 While Mazak’s SmartBox is keeping data secure, the overarching goal is to achieve what Mazak refers to as its iSmart Factory – the ultimate shop floor in terms of efficiency and productivity. The iSmart Factory concept is based on philosophies such as Industry 4.0, the Industrial Internet of Things and Big Data.

To capitalize on these modern and sophisticated approaches to manufacturing, Mazak’s iSmart Factory concept relies on various components, including the company’s Smooth Monitor AX software, which is used to analyze operational data and present it visually in real time. Displayed on a dashboard on a PC, tablet or smartphone, the software summarizes the current state of each machine on a shop floor including the programs that are running, the machines’ current feed rates and power settings, among other valuable information. 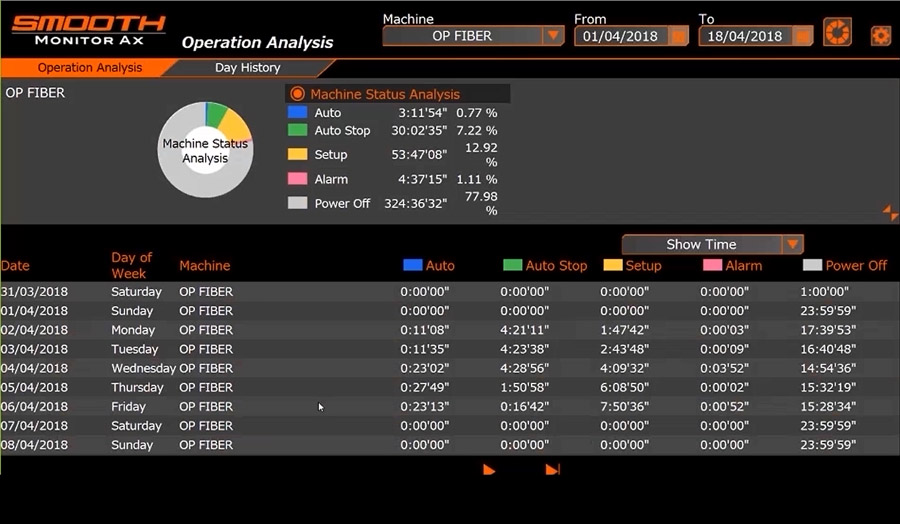 Mazak offers its customers a suite of products to help them embrace the Industry 4.0 concept, including the company’s Smooth Monitor AX software.

Beyond the SmartBox, that valuable information will require an additional security approach in regard to all of the possible ways that machines and data can be hijacked. Even if a company invests in the most sophisticated security options available, a visitor could come along any day with a memory stick, plug it into a machine’s controls and download the data from that machine.

Therefore, the overall fabricating industry will need to shift to a new mindset where visitors to the shop floor are vetted before gaining access. True security will require mechanical and physical safeguards as well as an overall cultural change.

Now that the industry is beyond the buzzword phase of Industry 4.0, security must be addressed. Until trusted security measures are in place, companies aiming to digitize all their operations will leave themselves vulnerable to exploit.