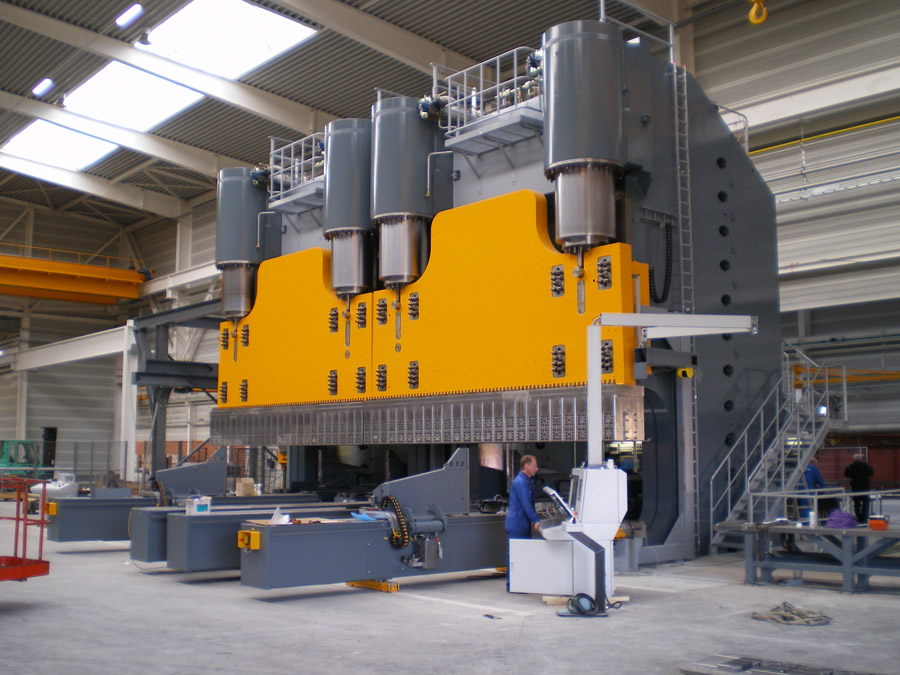 Ursviken does it big. No small, double-digit-tonnage press brakes for this Sweden-based equipment manufacturer. An international entity that does business in more than 100 countries and operates a U.S. office in Elgin, Ill., Ursviken is an expert at big and bigger press brakes.

“We can build press brakes at 100 tons, but our main target would be 660 tons and up, says Mike Rose, national sales manager for Ursviken Inc. “We have built press brakes that are more than 10,000 tons. Whatever our customers need, we can do.”

While its press brakes are customizable, Ursviken offers two different platforms, the Optiflex and the Optima. The Optiflex is the smaller of the two and can reach levels of 100 to 350 tons. Big brother, Optima, can go from 400 tons on up to 10,000 tons, or higher. The top amount isn’t a fixed number, as tonnage depends on customer needs. 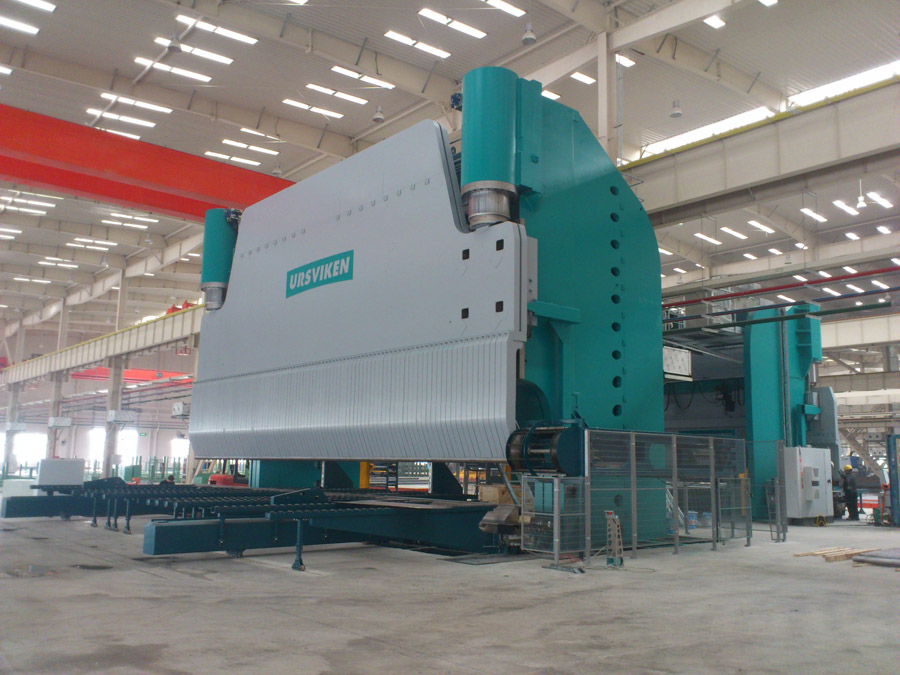 This press brake is a 4,000-ton, 47.5-ft. model that has work supports, front and rear plate positioners, and a gooseneck punch with rollers for quick die change and tooling storage.

And, customer needs can be varied. Marten Weidgraaf, general manager at Ursviken, says that some of the uses for these mammoth machines include forming parts for barges and ships, power transmission and distribution poles, and telescoping crane booms.

The sheer size of these parts can be back breaking, a problem that press brake manufacturers have solved with various methods over the years.

“There are many older machines [in the field] being used to make power poles with varying degrees of automation,” says Weidgraaf. “They range from completely manual machines where the [metal] sheets are positioned with an overhead crane and men with pry bars to machines with tables front and back with manual sheet positioners with joysticks.”

Ursviken has installed several tandem pole systems in the United States. A typical setup consists of tandem 30-ft. press brakes with an in-feed conveyor with four material pushers on the front of the brakes and material supports with four pushers on the rear of the machine. An automatic loading device positions a sheet on the in-feed conveyor, which moves the part over a lower die. At the same time, the rear pushers trap the part between the front and rear pushers and the material is measured with mechanical or laser equipment depending on the model. After the size is confirmed, the part is positioned and formed. Then, a part extractor removes the part onto an exit conveyor. Ursviken also has supplied systems whereby the extractor has the capability to bring in the new trapezoidal bent part while pushing out the formed pole.

These types of press brake applications require considerable time to load and reposition the sheet, check bend angles and remove the part once it is formed, Rose says. Moving from part to part requires accurate bends, and to attain that requires material handling, measurement, positioning and other factors. 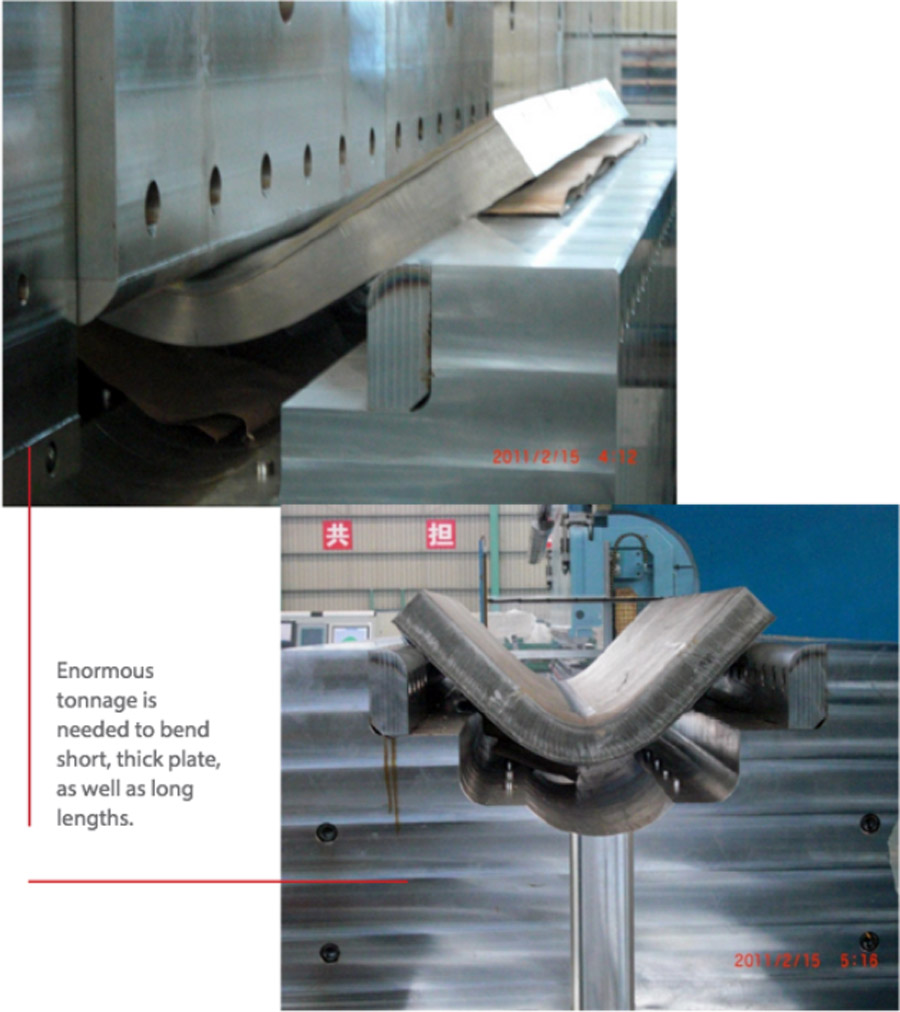 Press brakes, in general, can have some challenges, such as angular accuracy, springback and deflection, but these are magnified by the sheer dimensions of the metal that these giant machines must bend.

To this end, Ursviken has developed a quick die-change upper tool system with rollers that minimizes friction and makes it possible to change large, heavy upper tools within minutes. This tool system can also be complemented with an upper tool holder for storing tools when they’re not in use.

Ursviken also offers a fully automatic CNC lower die system, the multi-purpose variable die tool (MP-VDT) that adjusts the V opening and has rollers in the bed that make long, heavy tooling easy to push in and out of the press brake. The MP-VDT, is a fully programmable lower die that can achieve setup reductions of 80 percent or more. It uses interchangeable, sectionalized anvils and multiple die openings in the same setup.

In addition, Ursviken has developed an angular control system that differs from conventional crowning systems in that there are multiple wedges that are separately driven to achieve the principal of crowning. This system allows for fine crowning adjustment over the entire press brake regardless of machine length.

Ursviken also has a non-contact laser angle measurement system that works with an advanced press beam positioning system. When forming high-tensile plates with a high degree of springback, the system can accurately adjust the bend angle, taking into account the springback. No matter the properties or thickness of the material, the system enables an exact determination of the bend angle with an accuracy of better than ±0.3 degrees.

This patented system is active throughout the bending cycle to ensure angular accuracy regardless of material variations and forming conditions. It’s available for single V dies or can be integrated into the MP-VDT. The system can be user configured with multiple stations to measure at strategic positions along the bend line. 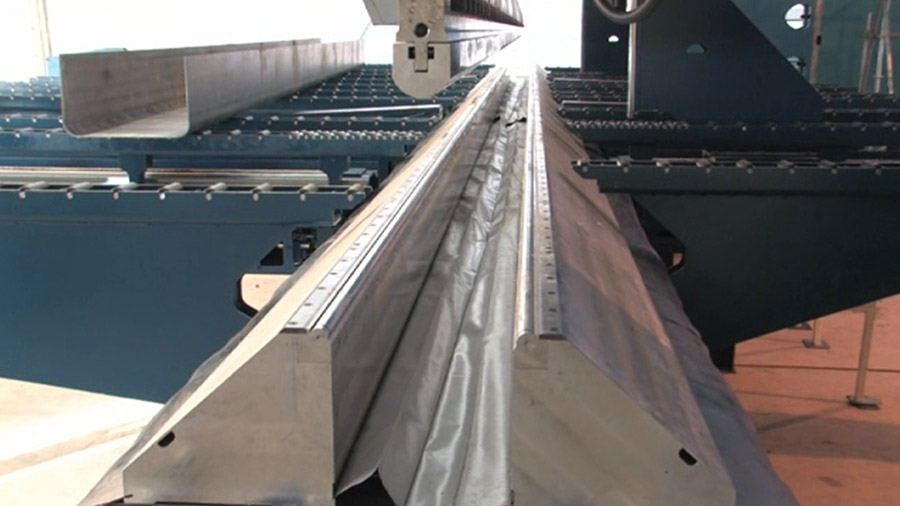 The Ursviken CNC MP-VDT variable die tool automatically adjusts up to 18 in.

Ursviken can supply a variety of rear and front gauging as well as supply material supports in the front and rear of the press brake. The CNC controlled support systems not only act as a support arm, they also ensure accurate material positioning for bending. For larger parts, heavy-duty plate followers that are synchronized with the press beam to support the material can be added, Rose says. The followers automatically follow the speed of the ram throughout the bending cycle. These features significantly improve part accuracy and reduce operator fatigue.

The high-velocity rear gauges possess a huge strength-to-weight ratio with minimal intrusion into the forming environment. Travel limits have been extended in all three dimensions (X-R-Z) and enhanced gauge fingers increase the gauging versatility. Ursviken’s 2-D Smart Gauge with full-length gauge ruler makes it possible to bend several small pieces at the same time. Gauge fingers can be fitted.

At Outokumpu, the profiles it handled were getting bigger and bigger and the service center needed to replace the original rear gauges with a new style that could increase the accessibility for heavy parts on the back side of the machine. A heavy-duty system was required to handle the plate. At the same time, the system needed be able to manipulate plates and bear the weight. It needed to be accurate and have long travel in all directions. 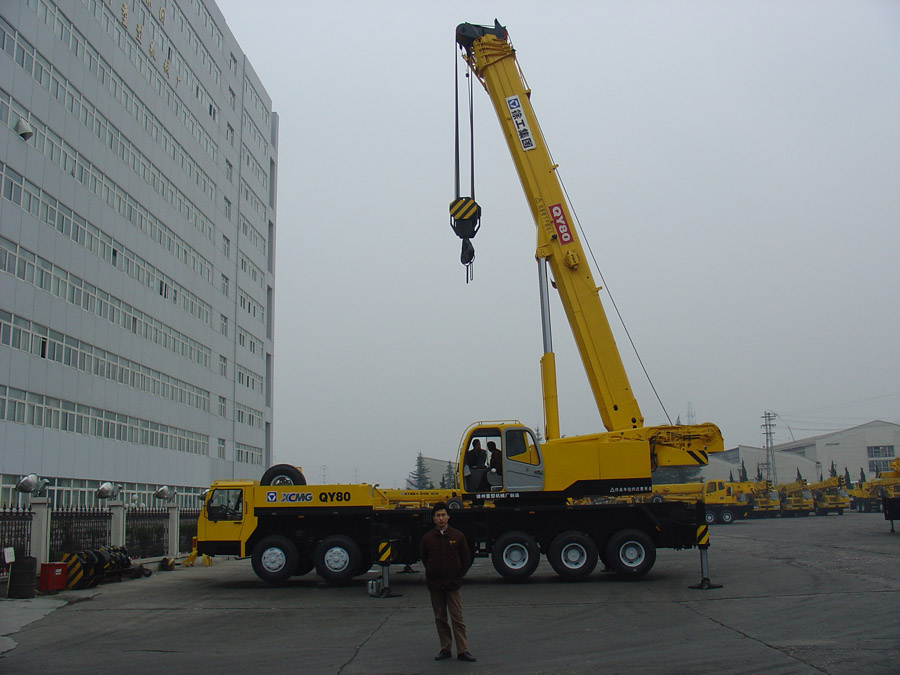 A telescoping crane boom is one example of a large part produced with a press brake.

The solution was to design a rail system lowered in the foundation with three separate modules holding three axes each, all nine axes traveling independently. Now, the service center can bend Z profiles with a return flange of more than 1,000 mm in a 90-degree bend at a bend line up to 1,700 mm backwards, over the length of 10 m.

The experience for this service center is typical of many of the custom jobs Ursviken delivers. It needed to handle larger parts, bend them in more complex forms and produce them quicker. The team at Ursviken looked at the application and adapted the company’s technology to the job. The next job they face may require an even bigger, even more customized machine. And Ursviken will be ready for it.