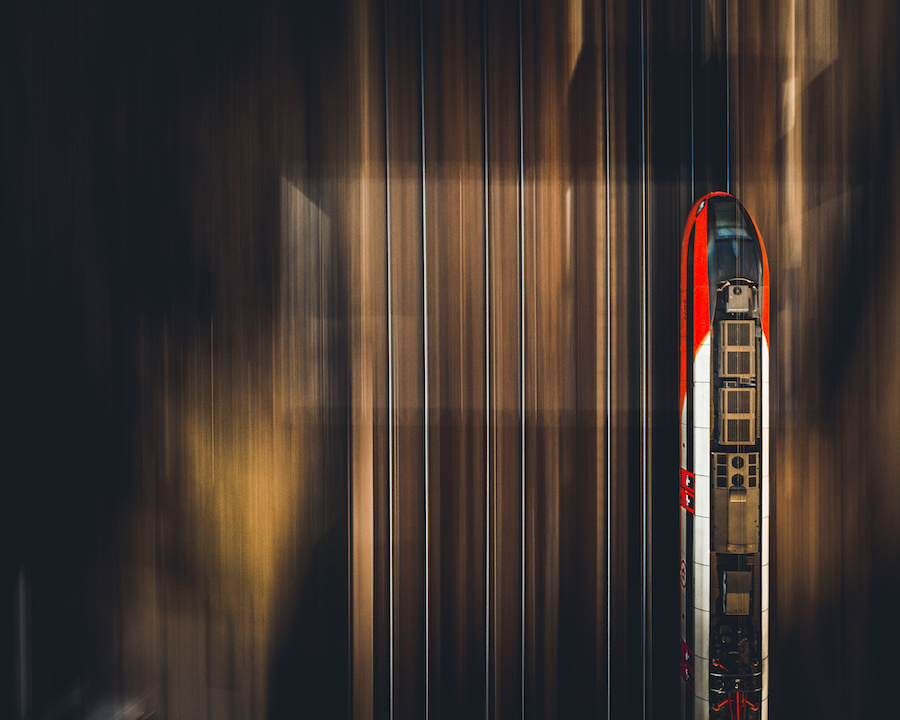 On May 10, 1869, seven years after Abraham Lincoln signed the Pacific Railway Act, the east and westbound sections of the United States’ Transcontinental Railroad were joined at Promontory Summit in Utah. Sadly, the 16th and, by many accounts, greatest president in our country’s history, never got to see the event, having been assassinated four years earlier, just days after the end of the Civil War.

The two companies contracted to do the work – the Central Pacific and Union Pacific Railroad companies – hired more than 20,000 workers, many of them Chinese immigrants. Conditions were brutal. The closest thing to an earthmoving machine back then was a wheelbarrow. The laborers endured avalanches, extreme temperatures and attacks by Native Americans. In fact, a recent article in the Los Angeles Times estimated that 1,200 Chinese died while laying the 1,700 miles of track.

The rail line’s completion led to other unfortunate consequences, as well. By the end of the century, all but 300 of the estimated 30 to 60 million buffalo that had roamed the plains just a few decades earlier were gone. So were practically all of the American Indians, slaughtered or shuttled off to reservations in the aftermath of countless broken treaties. And ironically, the U.S. government soon placed a 10-year moratorium on Chinese labor, claiming that it “endangered the good order of certain localities.”

Despite the Transcontinental Railroad’s dark past, however, it was also a turning point in American history. A key piece of national infrastructure had been completed, supporting countless business opportunities and economic growth. For the price of a railroad ticket, people could now travel from sea to shining sea in greater safety and far less time than ever before. The Westward Expansion had just moved into high gear, changing the country forever.

What does all this talk of wheelbarrows and indigenous peoples have to do with modern fabrication? Not much, at least on the surface. But while those old rail lines were neither welded nor laser cut, they do represent a small example of all that humans are capable of achieving when the need arises. They also speak to the importance of infrastructure, without which neither civilization nor technology can prosper.

Sadly, rail lines have become less important than they once were since the completion of another and competing grand infrastructure project, the National Highway system. I say sadly, because trains are one of the most cost-effective and energy-efficient methods of mass transit available, especially modern rail cars and engines traveling down modern tracks, constructed using modern manufacturing methods.

Someone who knows all about modern methods is Kevin Piefer, general manager of the welding group at Holland LP, a rail welding systems provider. He says the company employs the largest fleet of mobile welding machines in the world, supporting “all major North American railroads and transits” with equipment, operational direction and oversight. Holland also sells versions of its equipment and technology outside of North America.

What is this technology? Unlike the original Transcontinental Railroad where the track sections were placed end to end, spliced with a metal fishplate or joint bar, and then spiked into place, modern railway systems generally use continuous welded rail (CWR).

This method started not long after the invention of exothermic welding in 1899. Also known as thermite (or thermit) welding, the process employs a chemical reaction between aluminum and iron oxide granules. This reaction heats a volume of steel filler material to temperatures of 2,500 degrees C (4,500 degrees F) or higher, which then flows into a tight-fitting set of molds placed around the adjoining rail sections.

Thermite welding is still used today, although Piefer contends that Holland offers a far more effective technology for joining rail tracks. “Flash butt welding (FBW) is a process where an electric current is introduced between a small gap in two cut rail ends,” he says. “As the ends are pulsed [brought together and pulled apart], heat is generated, and at a predetermined control point, the rail ends are re-forged to create one continuous piece of rail.”

According to Piefer, FBW does not introduce foreign or dissimilar material that is detrimental to the bond and strength of the welded rail as thermite welding does. Thermite welds are, therefore, softer than those made with FBW and consequently fail faster, requiring more maintenance.

FBW is also fast, requiring roughly 10 min. per weld vs. thermite welding’s 45 to 60 min. It is also more controllable. Where thermite welding is an entirely manual process, a FBW machine has an automated control system that monitors all machine functions and weld parameters before and during the process to control weld quality. By comparison, thermite welding is more like a runaway train, in that the chemical reaction cannot be stopped once initiated.

Thanks to these advantages, FBW is used throughout the world to create continuously welded rail and has enjoyed success in the United States since the 1970s. It is suitable for any type of rail system, including high-speed rail, although Piefer notes that demand in this area remains “slow and light.”

Perhaps the only downfall of FBW is its cost. The method is generally not used if there is only a single weld, and a high degree of specialized training is needed to operate what is admittedly capital-intensive equipment. 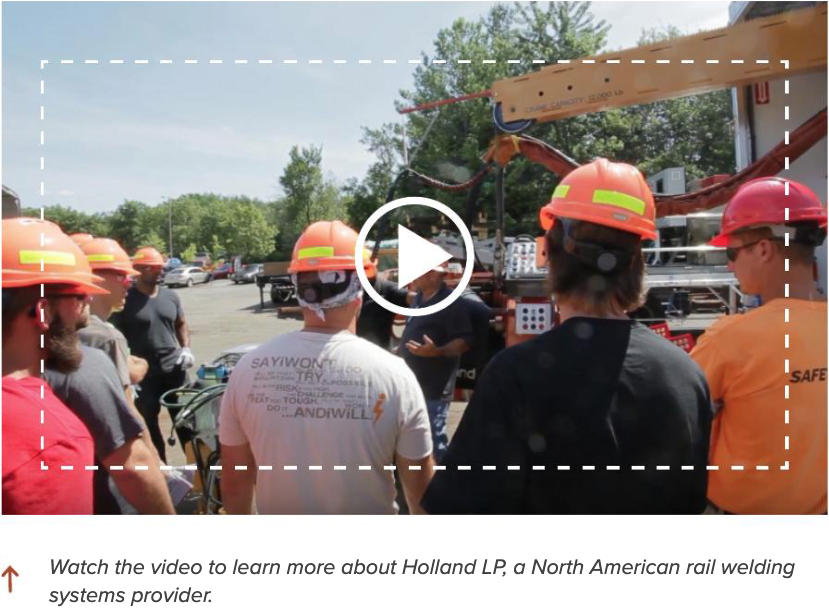 “We are the only company that can support the building of the equipment, servicing of the equipment, research and testing of welds, and operational support of the machine and the process,” Piefer says. “Holland also employs a proprietary weld control system that is not commercially available to others. It is used on our equipment only and is fully supported by our in-house technical team. That said, it provides real-time equipment and weld parameter data, delivering best-in-class results.”