More than a century ago, Henry Ford flipped the switch on his factory’s first assembly line. The event signaled a new day in automobile manufacturing efficiency. Later, computerized machine control and then robots further streamlined the production process – for Ford and other automobile manufacturers alike.

There’s a new kind of technology coming around the bend, however, that promises greater benefits to automakers and their suppliers than the sum of all that went before. It’s called digitalization, and if your factory isn’t ready for it, there’s a chance that your operations will soon be as obsolete as the Model T. 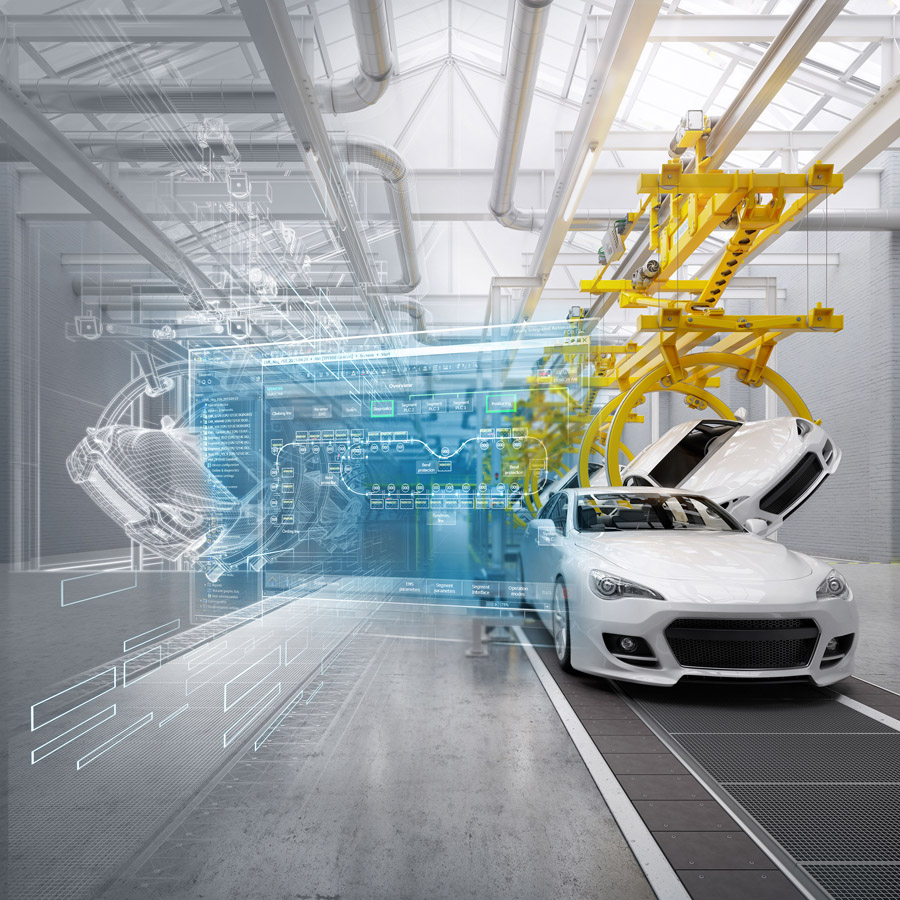 Whether you call it digitalization, the IIoT or Industry 4.0, it’s here. Because while there might be a digital revolution taking place on many automobile factory floors, the products rolling off them are every bit as revolutionary, requiring advances in manufacturing like never before.

Consider autonomous vehicles. Most of us enter the roadways each day anticipating – or perhaps dreading – the moment we spot the first car or semi with no driver behind the wheel. Yet there’s more to the future of automobile technology than empty driver seats.

Alternative fuel and electric vehicles, zero ownership and ridesharing, mobility services, infotainment systems, smart cities and roadways that direct traffic and make humans safer. These are just a few of the challenges that automakers must grapple with.

Now consider the global manufacturer. Not only must these design and manufacturing obstacles be overcome, but overcome across multiple time zones, languages and cultures, all while maintaining quality metrics like never before at ever lower costs. Henry Ford? He had it easy. 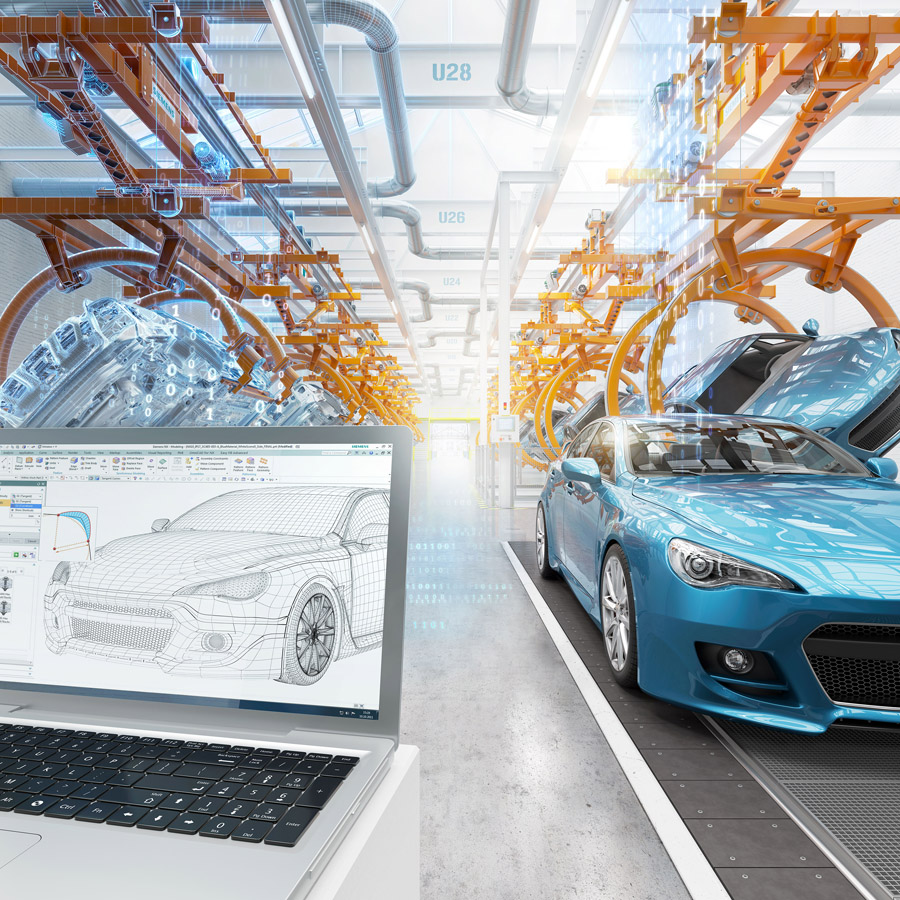 Much of this pain can be eliminated with the right software, says Todd Bengtsson, director for automotive manufacturing solutions at Siemens PLM. “With the growing complexity of today’s production floor, manufacturers are increasingly hampered by their fragmented software environments,” he says. “There are lots of tools and lots of solutions, but very few of them talk to one another. This inability to share information causes tremendous inefficiency across the entire supply chain.”

Just as they’ve found more efficient ways to stamp out quarter panels or produce better tooling over the years, Bengtsson says manufacturers are looking to streamline their information processes, as well. They want to take data from product design, leverage it directly into the engineering, planning and manufacturing streams, and at the same time, allow designers to have a view into what’s happening in each of those areas.

“The more information that you have available – and presented to you in a way that makes sense – the better able you are to make effective, timely decisions,” he says. “That’s the essence of digitalization and smart manufacturing.” 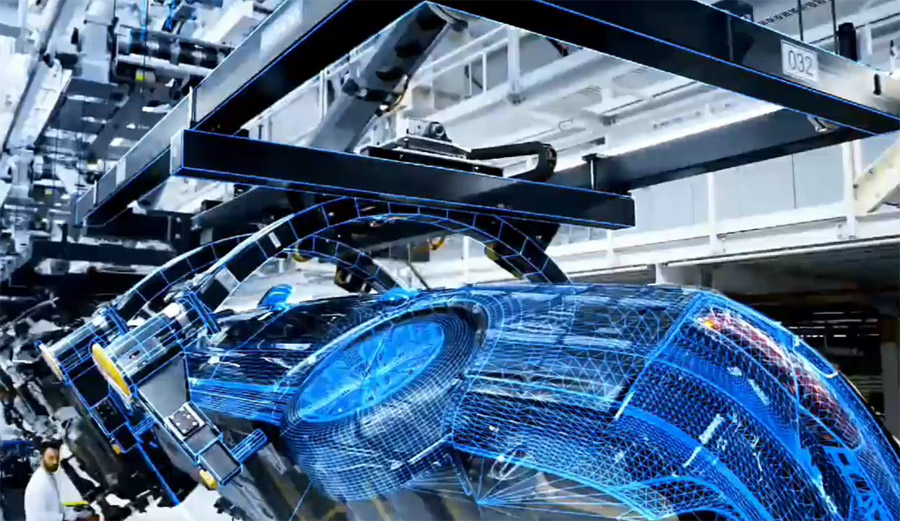 Digitalization of the factory floor is an important aspect of Industry 4.0.

Siemens has addressed these obstacles with a suite of software products that are grouped into these five areas:

These brief descriptions actually only scratch the surface of any complete “digitalization solutions” suite. As Dave Lauzun, vice president of automotive and transportation strategy at Siemens PLM notes, automakers and their suppliers must often support the entire ecosystem of manufacturing activities. 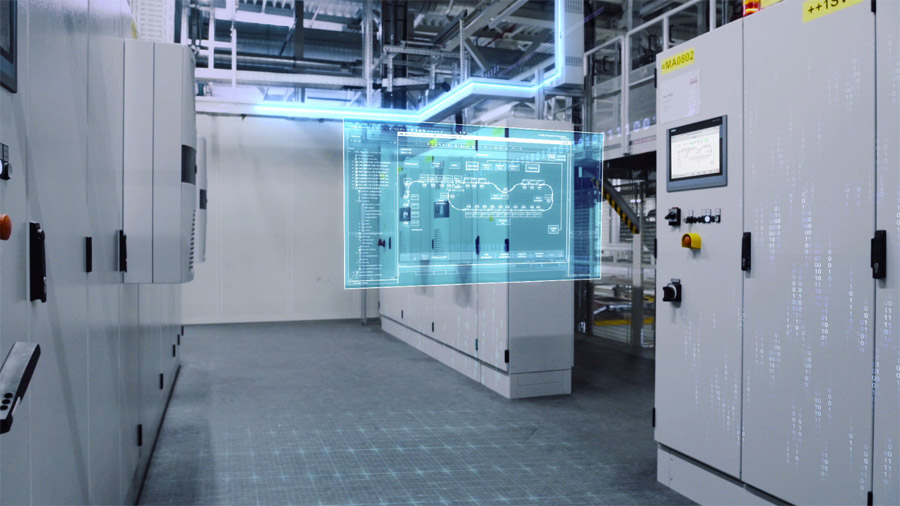 Still, the elephant can be eaten one bite at a time. For example, Volkswagen AG implemented Siemens Tecnomatix production planning solution to simulate how the roof rail, a component used in almost all of its vehicles, could be eliminated. During a small pilot project, manufacturing engineers simulated the needed changes at the roof rail’s welding station before actually deploying the change, resulting in fewer problems and reduced costs. The company has since expanded its use of Tecnomatix to other facilities.

Automaker Volvo has seen similar success with simulation of its robotic assembly and painting lines as well as improvements in its documentation processes, making it possible to more efficiently share engineering knowledge with its factories in China and elsewhere. The same can be said for Mahindra vehicles, which used parts of Siemens’ digitalization suite to develop an ultramodern facility in India.

“Because each of these software solutions shares a common backbone known as Teamcenter, it’s very easy to start small and expand into other modules as your needs change,” Lauzun says. “Some companies might want to do robotic simulation and then leverage what they’ve learned to help with equipment design. Others may wish to start with a design problem and expand into factory layout or production planning. Either way, it’s a very scalable solution.”