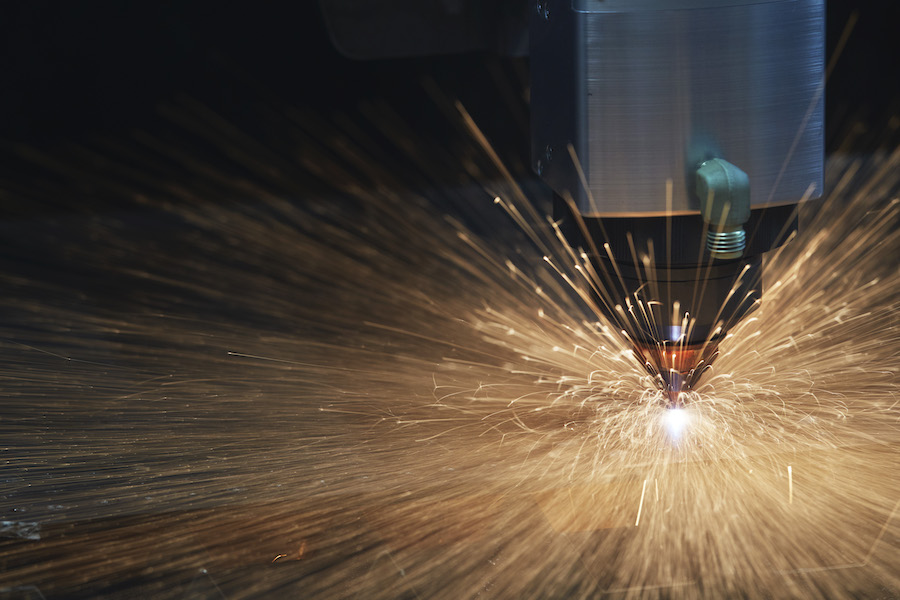 For nearly two decades, nLight Inc. has been manufacturing semiconductor and fiber laser technology for a variety of markets, industrial metal cutting among them. That technology took a big leap forward two years ago with the launch of nLight’s Corona fiber laser. Michael Hepp, product line manager at nLight, explains that Corona technology allows operators to dynamically adjust beam size based on the workpiece material and thickness.

“If you’re cutting thin metals, you can use a 100-micron beam diameter or increase the beam to 330 microns for heavier gage and plate materials,” he says. “The result is optimum productivity and edge quality, regardless of the application.”

According to Hepp, Corona technology also reduces the total cost of owning a fiber laser. It does this by increasing power density – think of it as the amount of light striking the workpiece – essentially making a smaller laser do more with less. In one example, Hepp suggests that a 5-kW laser can do the work of one boasting 6 kW.

“A lower power laser means less electricity, less nitrogen and a smaller chiller, all of which serve to reduce operating costs but without sacrificing throughput or part quality,” he says.

A Corona fiber laser uses a 90-micron core surrounded by 215-micron and 330-micron rings, or regions. The operator can direct the laser beam into these regions, favoring the outer area for heavy materials or dropping down to the core for fast, light-gauge cutting applications.

“We call these guiding zones,” Hepp says. “They not only allow us to greatly increase power density but they allow us to increase laser flexibility, as well. Shops no longer need to invest in more laser than they otherwise would need to be effective on the occasional plate job.”

Corona technology aside, Hepp notes that nLight lasers offer other cost of ownership advantages. When the company founders designed their system, they did so from the ground up, taking it as an opportunity to rethink the traditional module approach to laser manufacturing. The result is an architecture where the end user can perform their own repairs and maintenance and where hugely expensive modules are no longer needed.

“Instead of $10,000 for a new module, you might be looking at $250 to replace a semiconductor chip,” he says. “These systems are also easier to upgrade as laser technology advances, postponing the need for an entirely new machine.”

One supplier of these machines is Cincinnati Inc., a long-time consumer of nLight lasers and a trusted partner. “One of the attributes we look for in a laser provider is the willingness to form a close relationship from an engineering perspective,” says Troy Wilson, product manager for table products at Cincinnati. “We want a good understanding of what they’re doing technically and how their products interact with ours and the ability to share ideas on how each of us can make our products better.”

This relationship is especially crucial given the rapid pace of change today. In “the CO2 days,” Wilson notes, laser manufacturers and machine tool builders announced breakthrough advancements every two to three years; in the fiber world, such announcements are now coming every six to 18 months.

“If you’re not in a position with your laser vendors to understand what’s coming and give them feedback on how that change is affecting the machine side of things, you can drive yourself into a rabbit hole pretty quickly,” he warns.

Wilson agrees with Hepp’s comments on the upgrade path as well as those referring to fiber’s lower cost of ownership.

“With CO2 lasers, you have lenses, mirrors, hoses, gases and blowers, and all kinds of mechanical components that make maintenance more difficult and upgrades practically impossible,” he says. “By comparison, fiber lasers are simple. You have the light source – which is basically a sealed box – that you plug into the cutting head. This means less downtime and lower costs in the event of a repair or upgrade, and you can often move to an entirely different laser technology, if necessary.”

Of course, there’s more to upgrading a laser cutter than plugging in a new laser. Because of this, Cincinnati is introducing a package to upgrade older machines that includes a new PC-based control, advanced software, improved drive performance and an nLight laser with Corona technology. Wilson says the upgrade provides even a 10-year-old machine with 5-kW cutting capabilities for less than half the cost of a new machine, in some cases doubling or even tripling performance.

When asked the question at the top of any shop owner’s mind – how many hours can I expect out of my new fiber laser – the answer to which largely defines the total cost of ownership, Wilson offers an analogy. 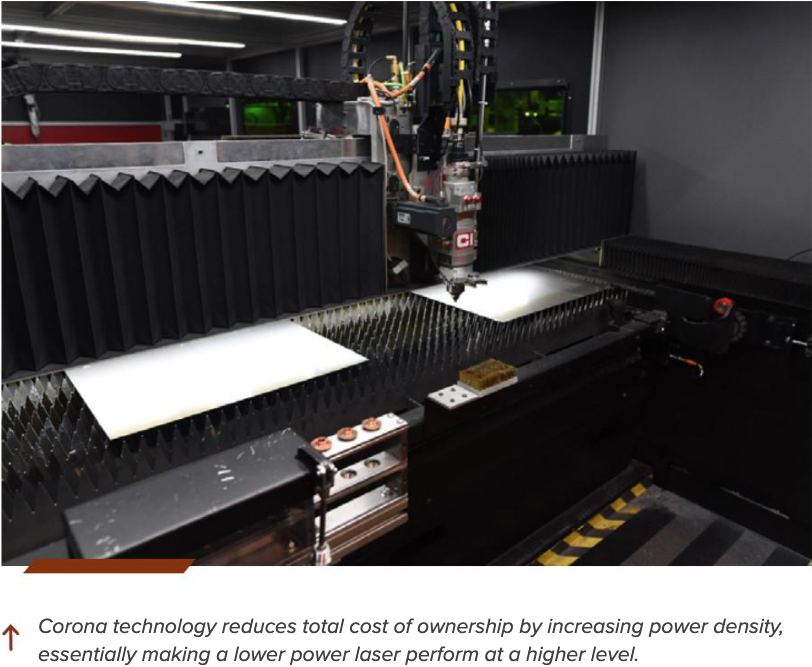 “I look at it as the difference between old-fashioned tube TVs and flat panels,” he says. “When I was a kid, there was a TV repairman van in every neighborhood in America. Today, those vans are all gone. Laser technology has followed a similar path. That said, I can’t answer your question regarding how long a fiber laser will last. However, I would expect that over the next five years or so, the cost of fiber lasers will continue to fall – almost to the point of becoming a consumable item – while their performance grows exponentially greater. Those two factors will make any cost of ownership concerns a moot point.”